Aserca Airlines C.A. (legally ''Aero Servicios Carabobo C.A.'') was an airline based in Valencia, Venezuela. It operated domestic and regional scheduled services to destinations in the Caribbean, Central America and the United States. Its main hub was at Arturo Michelena International Airport.

The airline was established on March 6, 1968 as a private air transport company. Subsequently, on July 27, 1990, the Valencian businessman Simeón García, acquired all the shares and decided to direct it to passenger air transport. The airline started operations on September 4, 1992 with small aircraft for private transport. In 1992 it entered the domestic scheduled market with a leased Douglas DC-9-30. Aserca's operations were centred on Valencia, but it managed to develop Caracas as a hub after 1994 which, combined with the demise of flag carrier Viasa in 1997, made Aserca experience a significant growth in its market share, expanding its network to Bogotá, Lima and Miami, via Aruba. Between 1998 and 2000 Aserca had a controlling interest in Air Aruba. On September 2008, the airline created a commercial alliance with SBA Airlines, also from Venezuela with whom it undertakes international expansion through, unifying the corporate image of both airlines and coordinating their respective itineraries to improve their connection times between the flights of both airlines, to facilitate connections between the national destinations of Aserca with international destinations of SBA. A proposed merger was in discussion. On the other hand, it collaborated with the Dominican airline PAWA Dominicana and in February 2016, the alliance now called ''Grupo Cóndor C.A.'' announced the purchase of Línea Turística Aereotuy. On June 2013, Venezuela's National Institute of Civil Aviation (INAC) announced that it will prohibit operations of classic aircraft types like the Douglas DC-9, Boeing 727 and Boeing 737-200 in Venezuela from November 1, 2013. Aserca Airlines could obtain a special dispensation from INAC allowing the airline to operate its remaining two Douglas DC-9-30s until July 1, 2014. Aserca chose to replace its DC-9 with the MD-82 and MD-83, as well as two MD-87 from Aeromexico that went to Miami Opa-locka Airport which awaited for delivery, but were not delivered. On February 21, 2018, it was announced that INAC had withdrawn the airline's operating license until further notice. The country's newspapers blame the lack of proof of insurance for the aircraft in the fleet. Aserca Airlines planned to restart operations. But on May 22, 2018, Aserca announced it had ceased all operations due to financial bankruptcy after returned its air operator's certificate.

Aserca Airlines served the following destination at the time of its demise: Aserca Airlines additionally had codeshare agreements with PAWA Dominicana (on routes to Antigua, Havana, Miami, Port-au-Prince, San Juan and St. Maarten) and SBA Airlines. 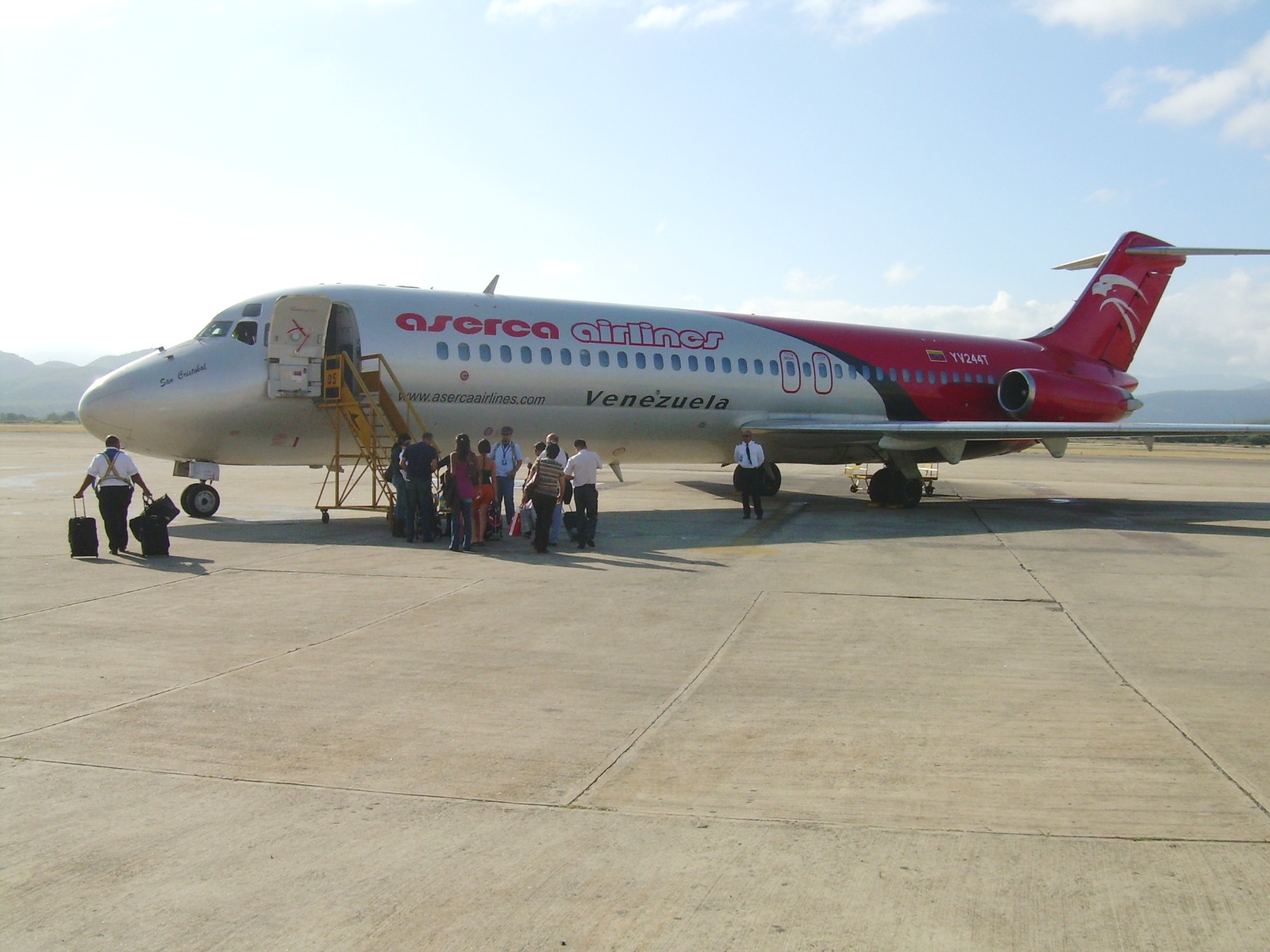 The Aserca Airlines fleet consisted of the following aircraft (as of March 2018):

Over the years, Aserca Airlines has operated the following aircraft types: