Click Here for Items Related To - Articles of Confederation


The Articles of Confederation and Perpetual Union was an agreement among the 13 original states of the United States of America that served as its first constitution. It was approved after much debate (between July 1776 and November 1777) by the Second Continental Congress on November 15, 1777 and sent to the states for ratification. The Articles of Confederation came into force on March 1, 1781, after ratification by all the states. A guiding principle of the Articles was to preserve the independence and sovereignty of the states. The weak central government established by the Articles received only those powers which the former colonies had recognized as belonging to king and parliament. The document provided clearly written rules for how the states' "league of friendship" would be organized. During the ratification process, the Congress looked to the Articles for guidance as it conducted business, directing the war effort, conducting diplomacy with foreign states, addressing territorial issues and dealing with Native American relations. Little changed politically once the Articles of Confederation went into effect, as ratification did little more than legalize what the Continental Congress had been doing. That body was renamed the Congress of the Confederation; but most Americans continued to call it the ''Continental Congress'', since its organization remained the same. As the Confederation Congress attempted to govern the continually growing American states, delegates discovered that the limitations placed upon the central government rendered it ineffective at doing so. As the government's weaknesses became apparent, especially after Shays' Rebellion, some prominent political thinkers in the fledgling union began asking for changes to the Articles. Their hope was to create a stronger government. Initially, some states met to deal with their trade and economic problems. However, as more states became interested in meeting to change the Articles, a meeting was set in Philadelphia on May 25, 1787. This became the Constitutional Convention. It was quickly agreed that changes would not work, and instead the entire Articles needed to be replaced. On March 4, 1789, the government under the Articles was replaced with the federal government under the Constitution. The new Constitution provided for a much stronger federal government by establishing a chief executive (the President), courts, and taxing powers.

The political push to increase cooperation among the then-loyal colonies began with the Albany Congress in 1754 and Benjamin Franklin's proposed Albany Plan, an inter-colonial collaboration to help solve mutual local problems. Over the next two decades, some of the basic concepts it addressed would strengthen; others would weaken, especially in the degree of loyalty (or lack thereof) owed the Crown. Civil disobedience resulted in coercive and quelling measures, such as the passage of what the colonials referred to as the Intolerable Acts in the British Parliament, and armed skirmishes which resulted in dissidents being proclaimed rebels. These actions eroded the number of Crown Loyalists (Tories) among the colonials and, together with the highly effective propaganda campaign of the Patriot leaders, caused an increasing number of colonists to begin agitating for independence from the mother country. In 1775, with events outpacing communications, the Second Continental Congress began acting as the provisional government. It was an era of constitution writing—most states were busy at the task—and leaders felt the new nation must have a written constitution; a "rulebook" for how the new nation should function. During the war, Congress exercised an unprecedented level of political, diplomatic, military and economic authority. It adopted trade restrictions, established and maintained an army, issued fiat money, created a military code and negotiated with foreign governments. To transform themselves from outlaws into a legitimate nation, the colonists needed international recognition for their cause and foreign allies to support it. In early 1776, Thomas Paine argued in the closing pages of the first edition of ''Common Sense'' that the "custom of nations" demanded a formal declaration of American independence if any European power were to mediate a peace between the Americans and Great Britain. The monarchies of France and Spain, in particular, could not be expected to aid those they considered rebels against another legitimate monarch. Foreign courts needed to have American grievances laid before them persuasively in a "manifesto" which could also reassure them that the Americans would be reliable trading partners. Without such a declaration, Paine concluded, "e custom of all courts is against us, and will be so, until, by an independence, we take rank with other nations." Beyond improving their existing association, the records of the Second Continental Congress show that the need for a declaration of independence was intimately linked with the demands of international relations. On June 7, 1776, Richard Henry Lee introduced a resolution before the Continental Congress declaring the colonies independent; at the same time, he also urged Congress to resolve "to take the most effectual measures for forming foreign Alliances" and to prepare a plan of confederation for the newly independent states. Congress then created three overlapping committees to draft the Declaration, a model treaty, and the Articles of Confederation. The Declaration announced the states' entry into the international system; the model treaty was designed to establish amity and commerce with other states; and the Articles of Confederation, which established "a firm league" among the thirteen free and independent states, constituted an international agreement to set up central institutions for the conduct of vital domestic and foreign affairs. 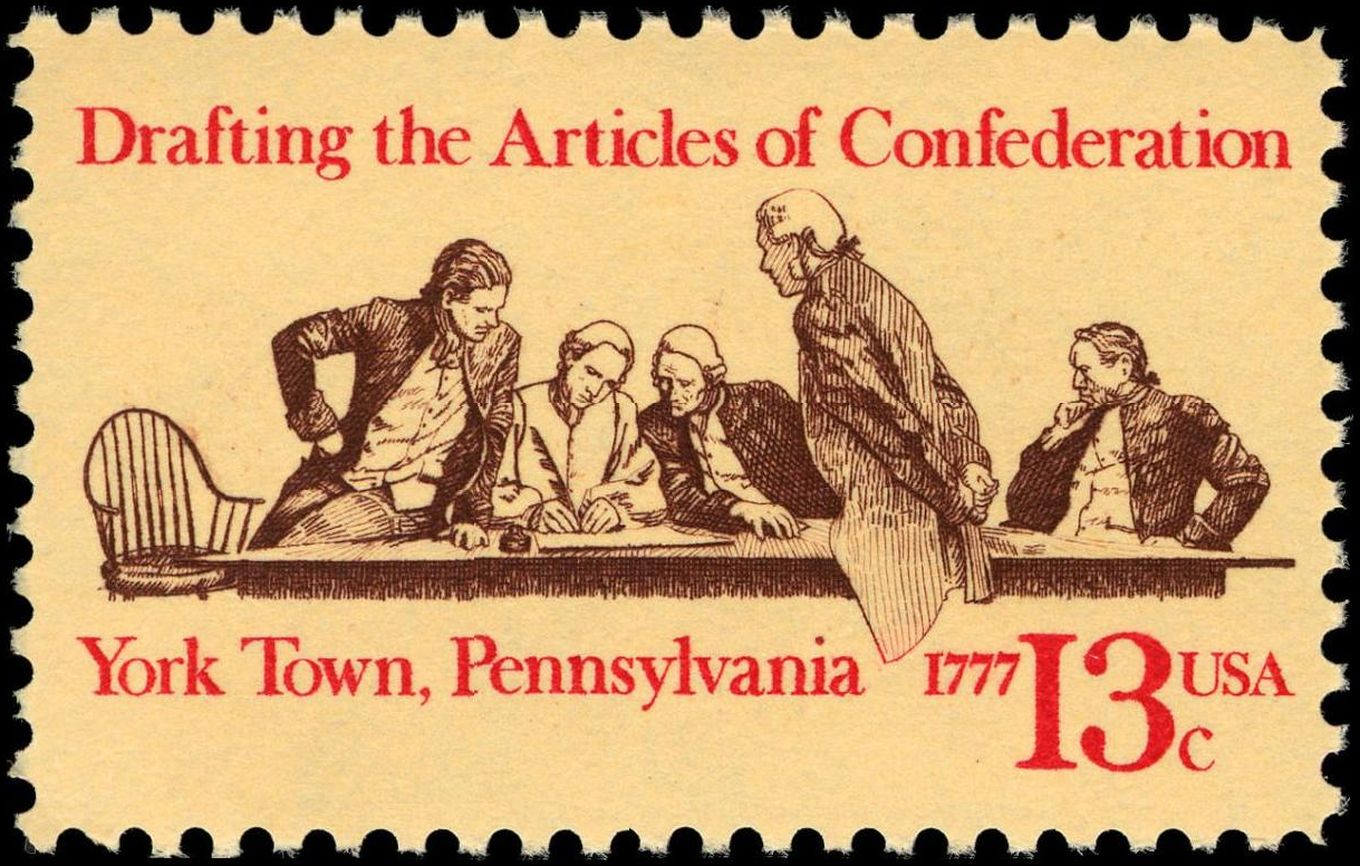 On June 12, 1776, a day after appointing a committee to prepare a draft of the Declaration of Independence, the Second Continental Congress resolved to appoint a committee of 13 to prepare a draft of a constitution for a union of the states. The committee met frequently, and chairman John Dickinson presented their results to the Congress on July 12, 1776. Afterward, there were long debates on such issues as state sovereignty, the exact powers to be given to Congress, whether to have a judiciary, western land claims and voting procedures. To further complicate work on the constitution, Congress was forced to leave Philadelphia twice, for Baltimore, Maryland, in the winter of 1776, and later for Lancaster then York, Pennsylvania, in the fall of 1777, to evade advancing British troops. Even so, the committee continued with its work. The final draft of the ''Articles of Confederation and Perpetual Union'' was completed on November 15, 1777. Consensus was achieved by: including language guaranteeing that each state retained its sovereignty, leaving the matter of western land claims in the hands of the individual states, including language stating that votes in Congress would be ''en bloc'' by state, and establishing a unicameral legislature with limited and clearly delineated powers.

The Articles of Confederation was submitted to the states for ratification in late November 1777. The first state to ratify was Virginia on December 16, 1777; 12 states had ratified the Articles by February 1779, 14 months into the process. The lone holdout, Maryland, refused to go along until the landed states, especially Virginia, had indicated they were prepared to cede their claims west of the Ohio River to the Union. It would be two years before the Maryland General Assembly became satisfied that the various states would follow through, and voted to ratify. During this time, Congress observed the Articles as its de facto frame of government. Maryland finally ratified the Articles on February 2, 1781. Congress was informed of Maryland's assent on March 1, and officially proclaimed the Articles of Confederation to be the law of the land.