Arendal () is a
municipality A municipality is usually a single administrative division having Municipal corporation, corporate status and powers of self-government or jurisdiction as granted by national and regional laws to which it is subordinate. The term ''municipali ...
in
Agder Agder is a counties of Norway, county (''fylke'') and districts of Norway, historical district of Norway in Norway's southernmost region. Before 1 January 2020, the region was divided in two counties, Vest-Agder and Aust-Agder. Since the early ...
county A county is a geographical region of a country used for administrative or other purposesChambers Dictionary, L. Brookes (ed.), 2005, Chambers Harrap Publishers Ltd, Edinburgh in certain modern nations. The term is derived from the Old French ...

in southeastern
Norway Norway ( nb, ; nn, ; se, Norga; smj, Vuodna; sma, Nöörje), officially the Kingdom of Norway, is a Nordic countries, Nordic country in Northern Europe whose mainland territory comprises the western and northernmost portion of the Sc ...
. Arendal belongs to the region of Sørlandet. The administrative centre of the municipality is the city of Arendal (which is also the seat of
Agder Agder is a counties of Norway, county (''fylke'') and districts of Norway, historical district of Norway in Norway's southernmost region. Before 1 January 2020, the region was divided in two counties, Vest-Agder and Aust-Agder. Since the early ...
county). Some of the notable villages in Arendal include Rykene,
Eydehavn 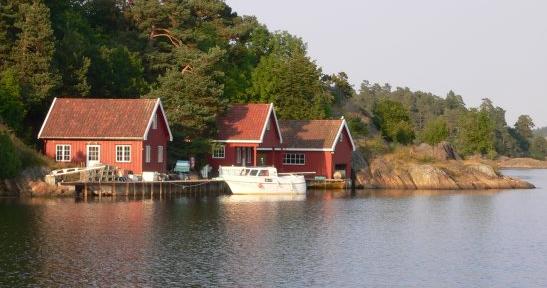 The coat of arms of Arendal were granted on 7 November 1924 (based upon an older seal). The blue and silver arms show a sailing ship as a symbol for the importance of Fishery, fisheries and sailing to the local economy. A ship appeared on the oldest known seal of the town, dating back to the 17th century. In the late 19th and early 20th century the arms showed the ship in the upper part and a landscape with the coat of arms of Norway in the base of the shield.

The Church of Norway has six parishes () within the municipality of Arendal. It is part of the Arendal prosti (deanery) in the Diocese of Agder og Telemark.

The village of Arendal was established in the middle of the 16th century, and was then called ''Arendall''. Initially, it had no formal town status. When the town of Kristiansand, Christianssand was founded by King Christian IV of Denmark, Christian IV in 1641, he granted the citizens a monopoly on all trade in Aust-Agder, Nedenæs and Vest-Agder, Lister og Mandal counties (including the area of Arendal). This grant, intended to subsidize Christianssand and its fortifications, placed existing towns in a difficult position. Both towns and the peasants in the rural countryside protested the hardships this caused. As a result, Arendal received royal permission in 1622 to continue as a loading-place for timber until a means could be found to transfer its trade to Christianssand. The town of Arendal was given Market town, market city privileges in 1723. However the peasants in the surrounding district, who by law were to sell their goods only at Arendal, were smuggling their goods out on cutters and selling them in Denmark, in the Baltic region, Baltic, and in Kingdom of Great Britain, Britain. This continued until 1735, when Arendal was granted a full town charter. This charter, combined with Danish imposition of a monopoly on grain imports, caused great poverty and starvation among the peasants in the surrounding districts, leading to several famous rebellions. As a result of the rebellions, the age of privileges for towns like Christianssand and Arendal came to an apparent end in 1768 by royal proclamation. But the problems did not end then; a farmer, Christian Jensen Lofthuus, in nearby Vestre Moland led a rebellion in 1786 which resulted in the government actually remedying some of the most repressive trade policies, but Lofthus died in prison. The charges against Lofthus were that he dealt in grain and other commodities to the detriment to Arendal's privileges. Shipping, shipbuilding, and lumber, timber trade as well as mining and ironworks were important branches of industry in Nedenæs county for many centuries, especially in the Arendal region. Frequent contacts with the world abroad put their mark on our culture and traditions. In 1880, it was the country's biggest port in terms of tonnage handled. At the end of the 19th century, Arendal was recognized as a major shipping centre with many wealthy shipowners. However, this came to an end following the 1886 Arendal crash, in which Axel Nicolai Herlofson had defrauded many bank customers in the city, leading to bankruptcies and extreme unemployment. At one point in the middle of the 18th century, Arendal was one of Norway's biggest mining cities. The main production consisted of iron ore and magnetite. Around the turn of the twentieth century, when thousands of Norwegians sought to take advantage of the more stable economic climate of the United States by emigrating, many of those from Arendal took their economic traditions with them. In New York City and the surrounding areas, a great deal of Americans who claim Norwegian ancestry can trace their roots to Arendal, as a great deal of Norwegian sailors, trimmers, shipbuilders, and carpenters from Arendal settled in areas of New York such as Brooklyn, Port Richmond, Staten Island, Port Richmond (Staten Island), and several industrial centers in northern New Jersey such as Jersey City, Bayonne, New Jersey, Bayonne, Perth Amboy, and Elizabeth, New Jersey, Elizabeth. In 1939, Arendal had the 4th largest Norwegian tanker (ship), tanker fleet; only Oslo, Bergen, and Stavanger were larger. During the German invasion of Norway on 9 April 1940, Capture of Arendal, Arendal was captured by the German torpedo boat German torpedo boat Greif, ''Greif''. Today, the town has small boat manufacturing, mechanical industry, electronics industry, as well as one of the world's largest silicon carbide refining plants.

All municipalities in Norway, including Arendal, are responsible for primary education (through 10th grade), outpatient Health care, health services, old age, senior citizen services, unemployment and other Social work, social services, zoning, economic development, and municipal roads. The municipality is governed by a Municipal council (Norway), municipal council of elected representatives, which in turn elect a mayor. The municipality falls under the Aust-Agder District Court and the Agder Court of Appeal.

The Municipal council (Norway), municipal council () of Arendal is made up of 39 representatives that are elected to four year terms. Currently, the Political party, party breakdown is as follows:

The municipality is bordered to the southwest by Grimstad, to the northwest by Froland, to the northeast by Tvedestrand, and to the southeast by the Skaggerak. The lake Rore is located on the Grimstad border along with the river Nidelva (Agder), Nidelva. Arendal is the geologic type locality (geology), type locality of the mineral Babingtonite, which was first described from specimens discovered here in 1824. The coastal municipality includes several populated islands such as Hisøya, Tromøya, Merdø, Flostaøya, and Tverrdalsøya as well as many unpopulated or sparsely populated islands such as Ærøya. The island of Merdø was a major export port in the 17th and 18th centuries and now has a museum, a kiosk, and several beaches. There is regular boat service from Arendal to the island every day during the summer season.

In 2018 the service sector had 82% of the jobs in the municipality. As of 2020, part of the site for Eyde Energipark, an industrial park, has been leveled: 100 '':de:Maal (Einheit), maal'' or 100,000 sq.m. has been Levelling, leveled for the first phase of construction of a battery factory (for car batteries and ship batteries), scheduled for 2023.

In the middle of the Arendal (town), town centre of Arendal is an area with wooden houses dating back to the 17th century. This area is called Tyholmen, and is what is left of buildings from before the 19th century. The inner harbour of Arendal is called "Pollen", where the fish market, pubs, and restaurants are located. Trinity Church (Arendal), Trinity Church dominates the skyline of this area. Arendal has grown from a traditional sleepy summer-town (with culture activities just in the summer) to a more "all year" city. The building of the new library and the combined Arendal Town Hall, city hall/concert house has greatly improved culture life.

Strømsbo gård is a manor house on a historic farm located west of the center of Arendal. The manor dates from the 1760s. From 1804 the manor and farm were owned by members of the Herlofson family. Peter Herlofson took over the farm and gave the building its present form. In 1883, Axel Herlofsen (1845–1910) built the Strømsbo steam sawmill at the head of Strømsbubukt. Nicolai Benjamin Herlofson (1876–1945), former mayor of Arendal, was born and raised at Strømsbo.

* Canal Street (Arendal, Norway), Canal Street is Arendals yearly jazz and bluesfestival during the summer. It has been arranged since 1996, at that time by the name of Arendal Jazz and Blues Festival. The popularity of the arrangement has been steadily increasing. * From 2007 until 2014, the Hove Festival was located on the island of Tromøy (island), Tromøy just outside Arendal town. It was the largest festival scene in Norway the debut year, and it has an audience capacity of up to 25,000.

The European route E18 highway is a major transportation route through Arendal heading to Oslo in the northeast and Kristiansand to the southwest. Other main roads in Arendal include the Norwegian County Road 407, Norwegian County Road 408, and Norwegian County Road 410. The Regional rail, local railway line Arendal Line, Arendalsbanen runs to Nelaug where it connects with the main Sørlandsbanen railway line, which runs between the cities of Oslo and Stavanger. The ''Setesdal Bilruter'' (on behalf of public transit authority Agder Kollektivtrafikk, AKT) provides bus connections throughout the Arendal area, the Setesdal, Setesdal-region including Froland, as well as to the neighboring towns of Grimstad (town), Grimstad, Lillesand (town), Lillesand and Kristiansand, and a handful of their suburbs and outlying villages. A few more destinations can be reached with other bus operators (namely Agder Buss, Nettbuss, Konkurrenten.no, and Lavprisekspressen), including places such as Risør, Tvedestrand, Oslo, and Stavanger. There is also a bus connection to Kristiansand Airport, Kjevik, Kristiansand Airport operated by Agder Flyekspress and Nettbuss express (the latter on behalf of Flybussen.no). Ferries run between the city center and the islands of Hisøya and Tromøya. Arendal does also have an airport, Arendal Airport, Gullknapp, although it does not have any commercial airlines regularly stopping here.

The climate here is mild, and generally warm and temperate. Arendal has a significant amount of rainfall during the year. This is true, even for the driest month. The climate here is classified as Cfb by the Köppen climate classification, Köppen-Geiger system. The all-time low is from January 1942, and the all-time high is from June 1995.

The area around Arendal was the location for the 1997 Lille Lørdag series Min drømmeserie starring Harald Eia and Bård Tufte Johansen. The 2013 Disney film ''Frozen (2013 film), Frozen'' is set in a fictional kingdom named Arendelle, which is derived from and loosely based on the city of Arendal.