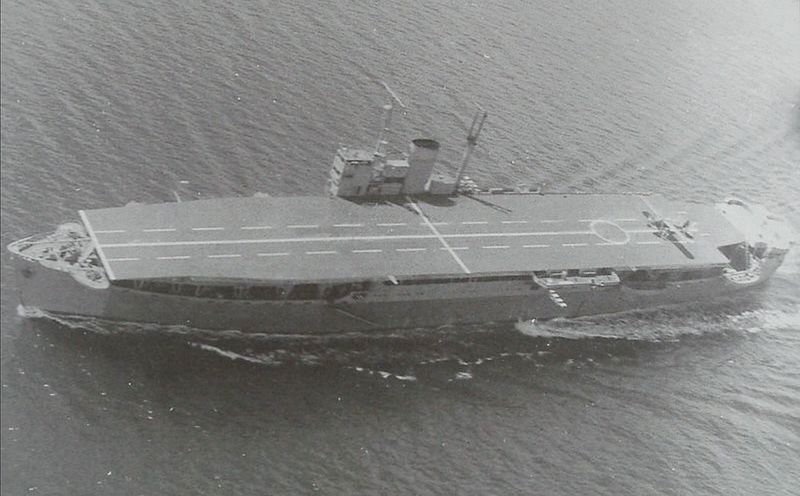 In the Pacific theatre of World War II, escort carriers would often escort the landing ships and troop carriers during the island-hopping campaign. In this role, they would provide air cover for the troopships as well as fly the first wave of attacks on the beach fortifications in amphibious landing operations. On occasion, they would even escort the large carriers, serving as emergency airstrips and providing fighter cover for their larger sisters while these were busy readying or refuelling their own planes. They would also transport aircraft and spare parts from the US to the remote island airstrips. The Imperial Japanese Army had its own special army ships being similar to aircraft carriers of the Imperial Japanese Navy: they were landing craft carriers that carried both landing craft and aircraft, and the plan was to launch the aircraft at the same time as the landing crafts carrying the troops, and to use them for combat air patrol, aerial reconnaissance and close air support. First, ( or ), completed in 1934 as the world's first purpose-built landing ship, was designed to launch aircraft, but it did not have the facilities for landing. Its successor, the (), completed in 1942, had a full-length flight deck in addition to the floodable well deck, making it more like a full-fledged aircraft carrier. However, the Japanese were already in a state of defeat, and the ship was eventually not used as an aircraft carrier until it was sunk in the fall of 1944. With the deployment of the 8,000-ton ''Shinshū Maru'' and a further refinement, the 9,000-ton Akitsu Maru (1941), the Japanese amphibious forces had in hand prototypes for all-purpose amphibious ships. Today the U.S. Navy and Marines use this fundamental concept to the exclusion of all others in their LHA and LHD class amphibious assault carriers. In 1937, British and American observers watched ''Shinshū Maru'' at work off Shanghai and immediately recognized a significant development in amphibious warfare. ''Shinsu maru'' carried landing craft in a well deck that could be flooded, which allowed the landing craft to float free from an open stern gate. The ship could also hold additional craft on davits, but her next most impressive function was an ability to discharge vehicles from a deck-level parking garage directly onto a pier. The ship also carried two catapults for aircraft but did not embark operational seaplanes. She could, however, transport and unload aircraft if necessary, a capability further developed with ''Akitsu maru'', which even had a short take-off flight deck.

Despite all the progress that was seen during World War II, there were still fundamental limitations in the types of coastline that were suitable for assault. Beaches had to be relatively free of obstacles, and have the right tidal conditions and the correct slope. However, the development of the helicopter fundamentally changed the equation. The first use of helicopters in an amphibious assault came during the invasion of Egypt during the Suez War in 1956. In this engagement, two British light fleet carriers, and , were converted to perform a battalion-size airborne assault with helicopters. The techniques were developed further by American forces during the Vietnam War and refined during training exercises. The modern amphibious assault can take place at virtually any point of the coast, making defending against them extremely difficult. Most early amphibious assault ships were converted from small aircraft carriers. As well as the two light aircraft carriers converted for use in the Suez War, the Royal Navy converted the carriers and into "commando carriers" during the 1950s. Their sister ship was also converted to a commando carrier in the early 1970s, but was restored to aircraft carrier operations before the end of the 1970s. The United States Navy used three aircraft carriers; , , and , and the escort carrier as the basis of their amphibious assault fleet, before constructing the five ships specifically for the landing platform helicopter role. Later amphibious assault craft were constructed for the role. The United States Navy constructed the ''Tarawa'' class of five landing helicopter assault ships, which began to enter service from the late 1970s, and the ''Wasp'' class of eight landing helicopter dock ships, the first of which was commissioned in 1989. The United States Navy is also designing a new class of assault ships: the first ship entered service in October 2014. The first British ship to be constructed specifically for the amphibious assault role was , which was commissioned into the Royal Navy in 1998. Other nations have built amphibious assault ships; the French , South Korea's , and Spain's are all currently active, while Australia has two ships based on the Spanish design. Most modern amphibious assault ships have a well deck (docking well), allowing them to launch landing craft in rougher seas than a ship that has to use cranes or a stern ramp. The US Navy hull classification symbols differ among these vessels, depending on, among other things, their facilities for aircraft: a modern landing ship dock (LSD) has a helicopter deck, a landing platform dock (LPD) also has a hangar, and a landing helicopter dock (LHD) or landing helicopter assault (LHA) has a full-length flight deck with internal aviation facilities for both rotary and fixed wing craft below deck.

Due to their aircraft carrier heritage, all amphibious assault ships resemble aircraft carriers in design. The flight deck is used to operate attack and utility helicopters for landing troops and supplies and on some ship types also launch and recover Harrier Jump Jets to provide air support to landing operations. STOL aircraft such as the OV-10 were sometimes deployed on and were able to perform short take-offs and landings on large-deck amphibious assault ships without needing catapults or arresting wires, although for safety and clearance reasons, the latter was most often not permitted. Landing craft are also carried, either on deck-mounted davits, or in an internal well dock (well deck in USN). 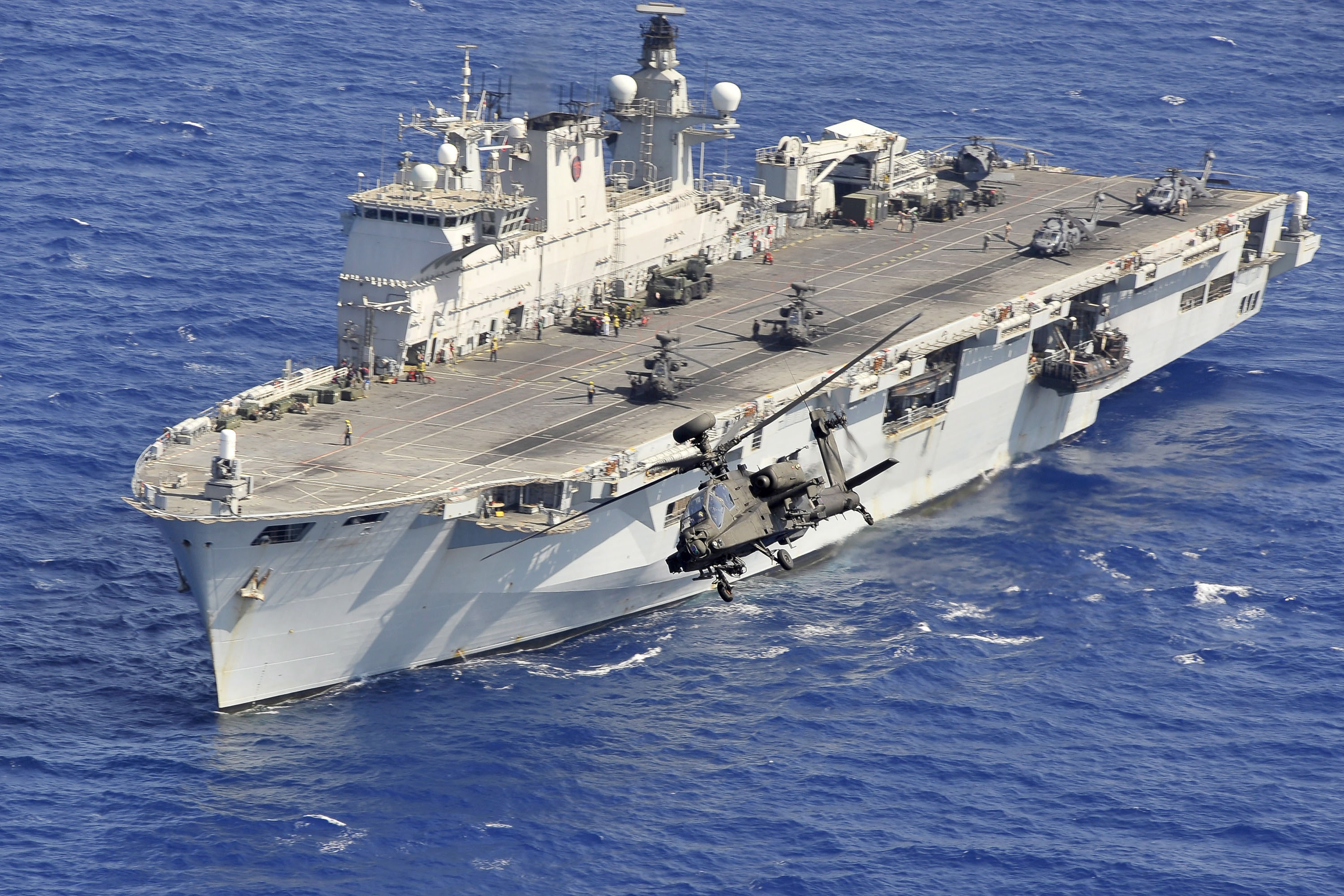