ABC Television is the national television network of the Australian Broadcasting Corporation launched in 1956. As a public broadcaster, the ABC provides four non-commercial channels within Australia, and ABC Australia, an advertiser-supported satellite channel partially funded by the Department of Foreign Affairs and Trade. ABC is one of five main free-to-air networks in Australia.

The history of the ABC's television operations can be traced back to 1953, when the federal Television Act was passed, providing the initial regulatory framework for both the ABC and commercial television networks. Over the next three years, planning for the introduction of a national television service was put in place, land for studios and transmitters in Sydney and Melbourne was acquired, and overseas tutors were brought to Australia to assist with training. Commercial station TCN-9 Sydney was the first to broadcast in Australia, soon followed by the ABC's own ABN-2 Sydney and later ABV-2 in Melbourne. Six stations, three in Melbourne and three in Sydney, were in operation in time to cover the 1956 Summer Olympics in Melbourne. The ABC's first television broadcast was inaugurated by Prime Minister Robert Menzies on 5 November, at the Gore Hill studios in Sydney, followed two weeks later by transmission in Melbourne. Outside broadcasting was also initiated on 5 November, from the ABC's first outside broadcast van. The van, now in the collection of the National Museum of Australia, was instrumental in the production of thousands of outside broadcasts. It was restored in time to be displayed at the Sydney Olympic Games and was used to film the visit of Queen Elizabeth II to the site of the National Museum in 2000. Although radio programs could be broadcast nationally by landline, television relay facilities were not put in place until the early 1960s. This meant that news bulletins had to be sent to each capital city by teleprinter, to be prepared and presented separately in each city, with filmed materials copied manually and sent to each state. A purpose-built television studio was built in Sydney, and opened on 29 January 1958, replacing temporary sound studios used since the ABC's television services launched in 1956. In the same year, technical equipment was also moved to permanent locations, while main transmitters were introduced to Melbourne and Sydney in 1957 and 1958, respectively. Direct relays between Sydney and Melbourne, as well as Canberra, were also established in 1961, replacing temporary microwave relays as a means of simultaneously airing programs across multiple stations. Videotape equipment, allowing the sharing of footage with much greater ease and speed, was installed in each state capital by 1962. ABQ-2 Brisbane was the third ABC TV station to launch; it was followed a year later by counterparts in Perth, Hobart, and Adelaide. ABC-3 Canberra opened a year later, with ABD-6 Darwin finally completing the ABC's coverage of every state in 1971. Teletext services were introduced to ABC in 1983 to allow hearing-impaired viewers access to closed captions. International television service Australia Television International was established in 1993. Australia Television was sold to the Seven Network in 1998; however, the service continued to show content from ABC News until its closure in 2001. The ABC's television operations joined its radio and online divisions at the Corporation's Ultimo headquarters in 2000. In 2002, the ABC launched ABC Asia Pacific, the replacement for the defunct Australia Television channel operated previously by the Seven Network. Much like its predecessor, and companion radio network Radio Australia, the service provided a mix of programming targeted at audiences throughout the Asia-Pacific region. Funding cuts in 2003, meanwhile, led to the closure of Fly and the ABC Kid's Channel. ABC2, now ABC TV Plus, a second attempt at a digital-only television channel, was launched on 7 March 2005, running on a budget of $3 million per year. Minister for Communications Helen Coonan inaugurated the channel at Parliament House three days later. Genre restrictions limiting the types of programming the channel could carry were lifted in October 2006; ABC2 was henceforth able to carry programming classified as comedy, drama, national news, sport and entertainment. In the lead-up to the 2007 federal election, the Australian Government endorsed a proposal submitted to the Australian Communications and Media Authority by the ABC to launch a second digital channel targeted at children. The new channel, titled ABC3, was to aim to provide at least 50% Australian-made content. At midday on 8 February 2008, ABC Television was rebranded as ABC1, complementing the existing ABC2 digital-only channel launched on 7 March 2005. ABC has four digital services. As of 2009, ABC announced an Australia-wide upgrade to its Digital service, and that it would provide a seven-day Electronic Program Guide and give new logical channel numbers for all of ABC's television services. The ABC logical channel numbers as of 1 January 2021 are below. These services are available nationally through digital terrestrial television, and all the digital TV services are also available through the VAST free-to-air satellite service. Only the primary ABC channel is available on the Optus Aurora satellite platform. In June 2010, playout was moved to a new facility shared with WIN Television at Ingleburn. On 6 December 2016, ABC upgraded its HD picture resolution from 720p to 1080i. On 3 September 2019, several additional ABC Digital Radio channels were added to complement the ABC Jazz and Double J services being simulcast on digital TV. 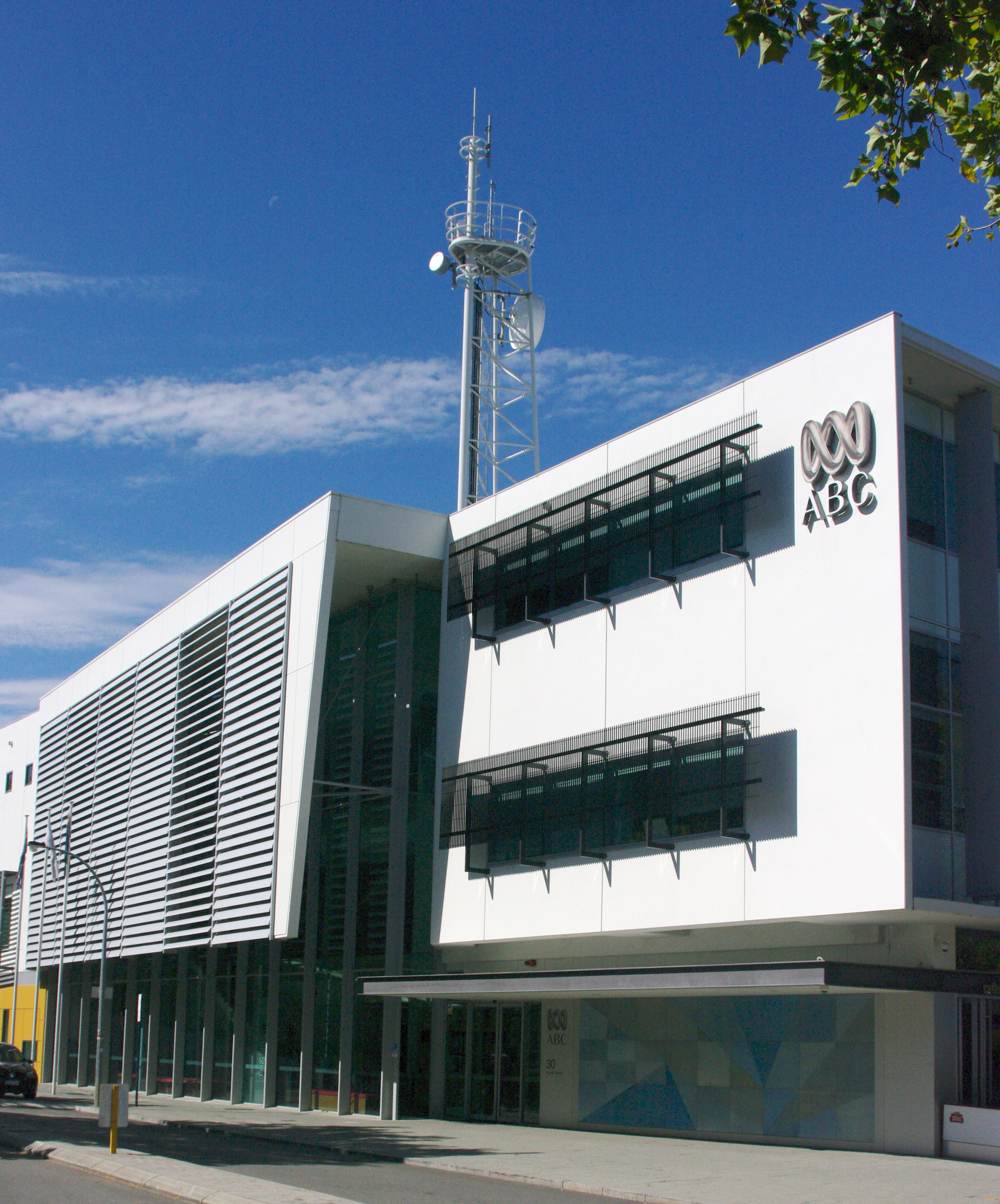 Within Australia, the ABC currently operates four television channels, all of them non-commercial. ABC TV, the Corporation's original television service, receives the bulk of funding for television and shows first-run comedy, drama, documentaries, and news and current affairs. In each state and territory a local news bulletin is shown at 7pm nightly. ABC TV Plus (originally ABC2), launched in 2005, shows comedic content in addition to some repeats from ABC TV of which the amount has decreased gradually since ABC TV Plus's inception. It is not a 24-hour channel, but is broadcast daily from 7.30pm to around 2 or before 3am the following morning. The channel shares airspace with the ABC Kids programming block from 5am to 7.30pm. ABC Me (originally ABC3) became a fully fledged channel on 4 December 2009, but has been part of the electronic guide line-up since 2008, broadcasting an ABC1 simulcast until 4 December 2009, then an ABC Radio simulcast and teaser graphic until its official launch. It is broadcast from 5.30am to 10 or before 11pm daily, and consists of a broad range programmes aimed at a young audience aged 6–15, with a core demographic of 8–12. ABC Kids (originally ''ABC For Kids on 2'' and ''ABC 4 Kids'') is a new preschool children's block featuring children's programming aimed at the 0 to 5 age groups. ABC Kids broadcasts during ABC2's downtime, from 5am to 7.30pm daily. ABC News (originally ABC News 24), a 24-hour news channel, featuring the programming from ABC News and Current Affairs, selected programs from the BBC World News channel, coverage of the Federal Parliament's Question Time, documentaries and factual, arts programming and state or national election coverage. Although the ABC's headquarters in Sydney serve as a base for program distribution nationally, ABC Television network is composed of eight state- and territory-based stations, each based in their respective state capital and augmented by repeaters: * ABN (Sydney, New South Wales) * ABV (Melbourne, Victoria) * ABQ (Brisbane, Queensland) * ABS (Adelaide, South Australia) * ABW (Perth, Western Australia) * ABT (Hobart, Tasmania) * ABC (Canberra, Australian Capital Territory) * ABD (Darwin, Northern Territory) The eight ABC stations carry opt outs for local programming. In addition to the nightly 7pm news, the stations also broadcast weekly state editions of ''7.30'' on Friday evenings (until 5 December 2014), state election coverage and in most areas, live sport on Saturday and Sunday evenings.

ABC Australia is an international satellite television service operated by the Australian Broadcasting Corporation, funded by advertising and grants from the Department of Foreign Affairs and Trade. Aimed at the Asia-Pacific region, the service broadcasts a mixture of English-language programming, including general entertainment, sport, and current affairs.

Between 2001 and 2003, the ABC operated two separate digital channels. The ABC Kids and Fly TV channels, opened soon after the launch of digital terrestrial television in Australia, showed programs focused mainly at children and teenagers. The two channels closed in 2003 when the ABC was unable to secure government funding. The Australian government announced a proposal in September 2007 to launch a new digital-only children's channel, to be named ABC3. The proposal indicated that the channel would be aimed at children below the age of 15 years, with 50% of its programming derived from Australian sources. Unlike its predecessor, the ABC Kids channel, ABC3 would run from 6am to 9pm each day, and feature drama, comedy, animation and music. The proposal received support from the Liberal Party of Australia during its election campaign. On 22 April 2009, the current Labor government announced its commitment to the proposal as part of its response to the Australia 2020 Summit conducted in 2008 and ABC3 was duly launched on 4 December. On 21 January 2010, the ABC announced plans to launch a 24 Hour news channel before the end of the year. The ABC plans, if the funding is received, to increase the number of TV stations to six; this would result in ABC GEM (general entertainment and classic movies, women's-oriented, pre-schoolers, ABC3 styled programming) being broadcast in addition to the other services.