Click Here for Items Related To - A. P. Moller-Maersk Group

(), also known simply as Maersk (), is a Danish integrated shipping company, active in ocean and inland freight transportation and associated services, such as supply chain management and port operation. Maersk has been the largest container shipping line and vessel operator in the world since 1996. The company is based in Copenhagen, Denmark, with subsidiaries and offices across 130 countries and around 83,000 employees worldwide in 2020. It is a publicly-traded family business, as the company is controlled by the namesake Møller family through holding companies. In September 2016, Maersk Group announced that it was splitting into two separate divisions: Transport & Logistics, and Energy. The company's 2018 annual revenue was US$39 billion (2019). In the 2020 Forbes Global 2000, Møller-Maersk was ranked as the 622nd -largest public company in the world. 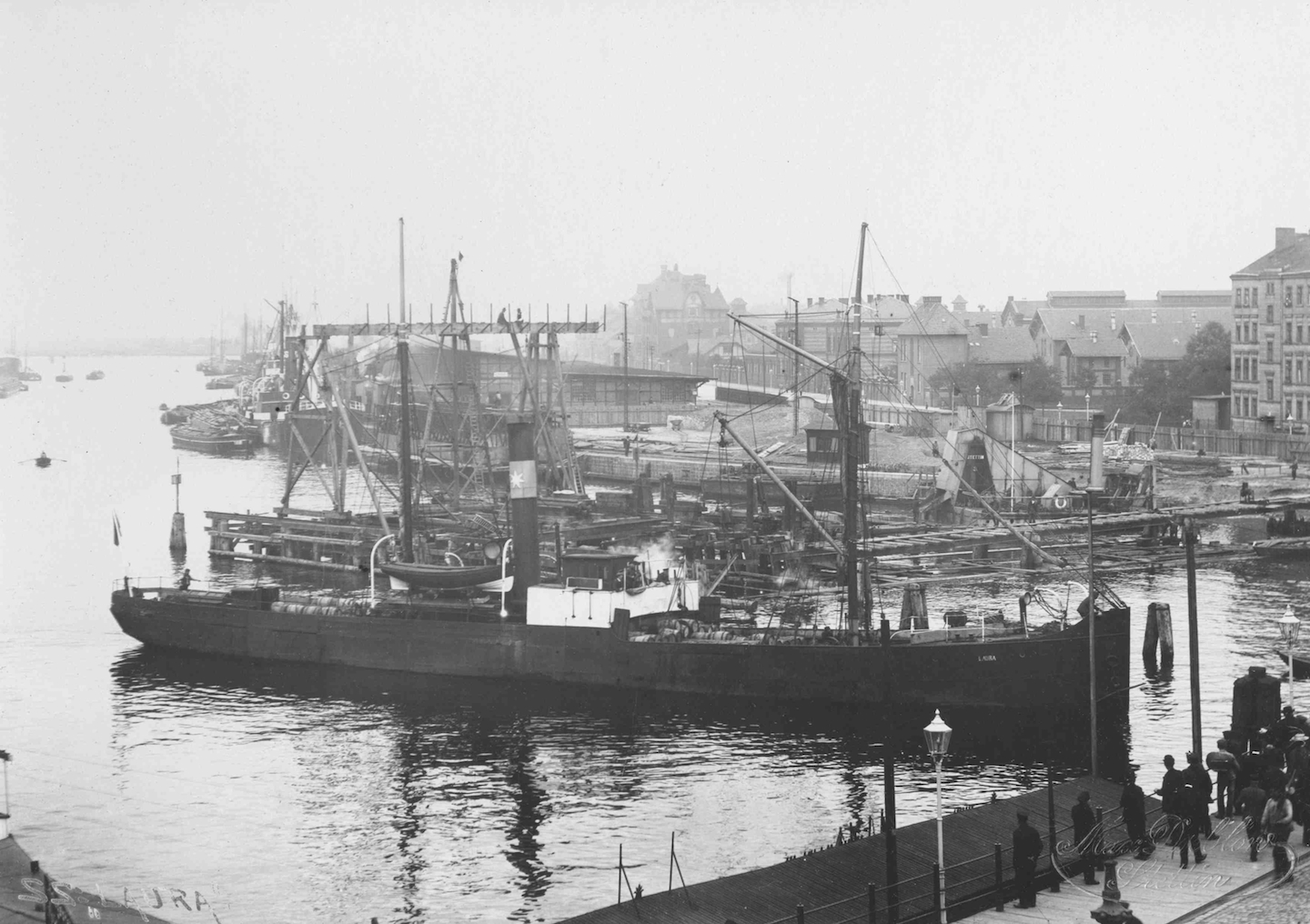 () was founded in Svendborg in April 1904 by captain Peter Mærsk Møller (1836–1927) and his son Arnold Peter (A. P.) Møller (1876–1965). A. P. Møller had four children, all by his first wife Chastine Estelle Roberta Mc-Kinney. Their second child was (Arnold) Mærsk Mc-Kinney Møller (1913–2012), who became a partner in 1939 and head of the firm upon his father's death. In 1993, he was succeeded as CEO by Jess Søderberg. He continued as chairman until December 2003, at which point he was 90 years of age and Michael Pram Rasmussen took over. Mærsk Mc-Kinney Møller was until his death one of the "managing owners" of the company and was chairman of Odense Steel Shipyard until 2 May 2006. In 2017, the company was one of the main victims of the NotPetya ransom malware attack, which severely disrupted its operation for several months.

P. M. Møller (1836–1927), who was a deeply religious Christian, attached a blue banner with a white seven pointed star on both sides of the black chimney on the steamship ''Laura'' when his wife recovered from illness. In a letter to his wife, P. M. Møller explained in October 1886, "The little star on the chimney is a memory of the night when I prayed for you and asked for a sign: If a star would appear in the gray and cloudy sky, it would mean that the Lord answers prayers." The same star later became the emblem of the Maersk Group. A.P. Moller–Maersk is structured into two main business segments: transport & logistics and energy. These two branches include several subsidiaries such as container shipping and related activities; APM Terminals; tankers, training, offshore and other shipping activities; oil and gas activities; retail activity; and shipyards, other industrial companies, interest in Danske Bank, etc. "Container shipping and related activities" is the largest business area for A.P. Moller–Maersk, providing almost half of the group's revenue in 2008. It comprises worldwide container services, logistics and forwarding and terminal activities under the brand names: Maersk Line, Safmarine, and Damco. Since 1996, Mærsk has been the largest container shipping company in the world.