USS ''Birmingham'' (CL-62), a United States light cruiser named for the city of Birmingham, Alabama, the "Pittsburgh of the South", was laid down at the Newport News Shipbuilding and Dry Dock Company of Newport News, Virginia, on 17 February 1941 and launched on 20 March 1942 by Mrs. Cooper Green, wife of the president of the Birmingham City Commission. She was commissioned on 29 January 1943, Captain John Wilkes in command. ''Birmingham'' earned eight battle stars, receiving heavy damage on at least three occasions.

Following her shakedown cruise, ''Birmingham'' was assigned to the Atlantic Fleet. Departing Norfolk, Virginia on 7 June, she steamed to the Mediterranean and gave gunfire support during the invasion of Sicily (10–26 July 1943). Returning to the United States on 8 August, she was reassigned to the Pacific Fleet and arrived at Pearl Harbor on 6 September. Joining the fast carrier task force screen, she took part in the raids on Tarawa (18 September 1943) and Wake Island (5–6 October). At the Solomons, she took part in the Battle of Empress Augusta Bay (8–9 November), along with her sister ships , , , and . This was the first major action by the new ''Cleveland''-class light cruisers that were entering the fleet. ''Birmingham''s gunners shot down at least four enemy Japanese aircraft. During the daytime, Japanese planes hit ''Birmingham'' with two bombs and a torpedo. The ship's casualties included two killed and 34 wounded. The hits kept her out of the night surface battle with the Imperial Japanese Navy fleet that followed. ''Birmingham'' retired to Mare Island Navy Yard for repairs which lasted until 18 February 1944, when she rejoined the Pacific Fleet. 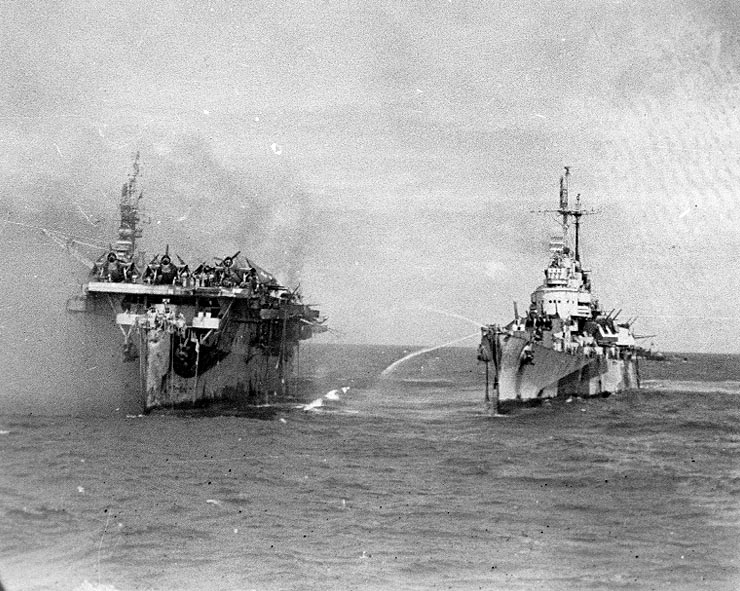 Assigned to Task Force 57 (TF 57), she took part in the battle of Saipan (14 June – 4 August); the Battle of the Philippine Sea (19–20 June); battle of Tinian (20 July – 1 August); battle of Guam (21 July); and Philippine Islands raids (9–24 September). She then served with TF 38 during the Okinawa raid (10 October), northern Luzon and Formosa raids (15 October and 18–19 October), and the Battle of Leyte Gulf (24 October). During the latter, she suffered great topside damage from explosions on board the aircraft carrier while courageously attempting to aid that stricken vessel. 239 men died, 408 were wounded, and the bodies of four were never recovered. ''Birmingham'' retired to Mare Island Navy Yard for repairs which lasted from November 1944 to January 1945. 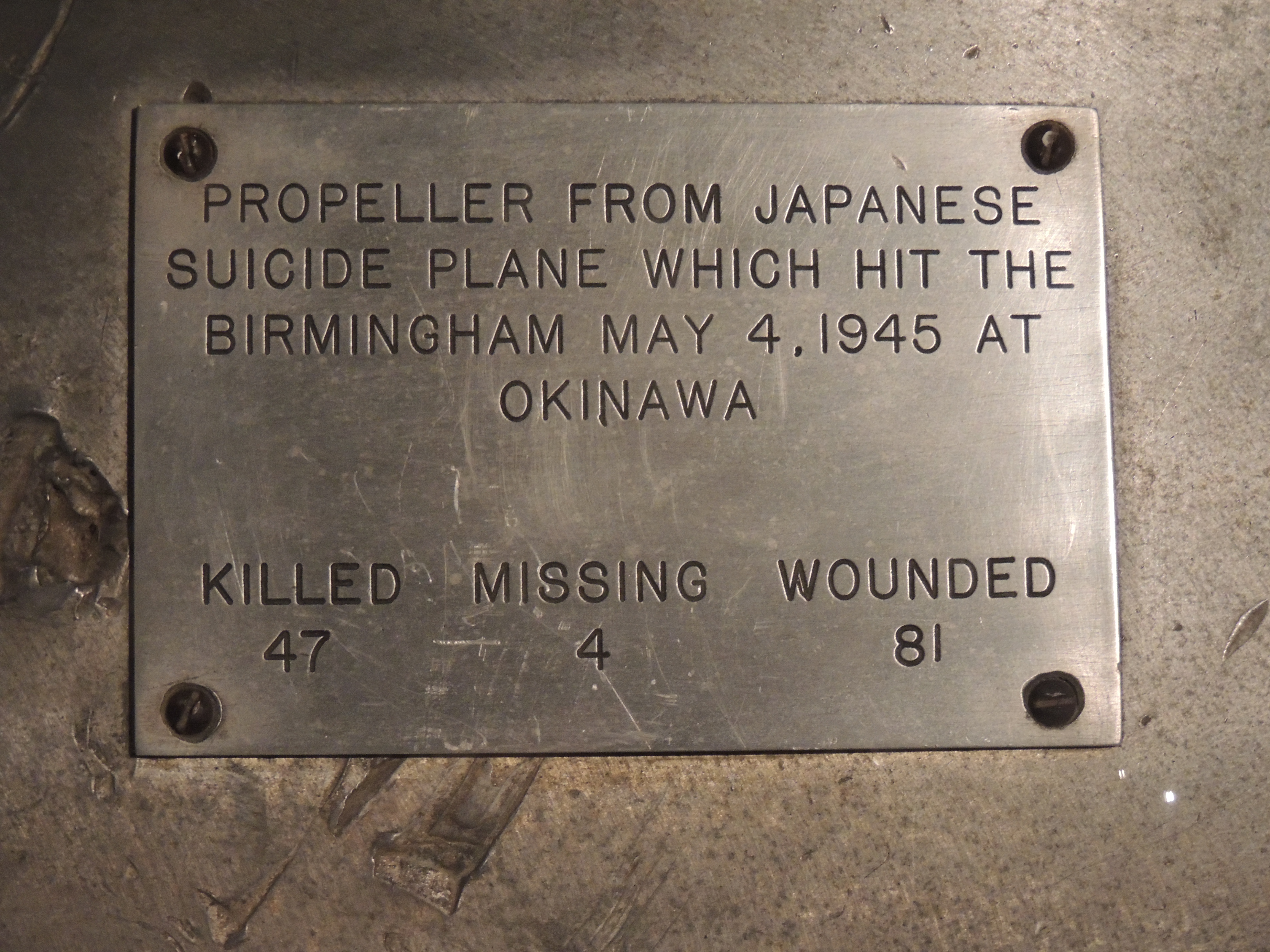 Rejoining the Pacific Fleet, the cruiser supported the battle of Iwo Jima (4–5 March 1945) and joined Task Force 54 (TF 54) for the invasion of Okinawa (25 March – 5 May). On 4 May, after fighting off three attacks, she was damaged for a third time when a Japanese ''kamikaze'' plane hit her forward. The resulting explosion killed 47, with 4 missing and 81 wounded.