Plymouth was a brand of automobiles produced by Chrysler Corporation and its successor DaimlerChrysler. The brand was launched in 1928 to compete in what was then described as the "low-priced" market segment that was dominated by Chevrolet and Ford. It became the high-volume seller for the automaker until the late 1990s. Plymouth cars were marketed primarily in the United States. The brand was withdrawn from the marketplace in 2001. The Plymouth models that were produced up to then were either discontinued or rebranded as Chrysler or Dodge.

The Plymouth automobile was introduced at Madison Square Garden on July 7, 1928. It was Chrysler Corporation's first entry in the low-priced field previously dominated by Chevrolet and Ford. Plymouths were initially priced higher than the competition, but offered standard features such as internal expanding hydraulic brakes that Ford and Chevrolet did not provide. Plymouths were originally sold exclusively through Chrysler dealerships, offering a low-cost alternative to the upscale Chrysler-brand cars. The logo featured a rear view of the ship ''Mayflower'' which landed at Plymouth Rock in Plymouth, Massachusetts. However, the inspiration for the Plymouth brand name came from Plymouth binder twine, produced by the Plymouth Cordage Company, also of Plymouth. The name was chosen by Joe Frazer due to the popularity of the twine among farmers. The origins of Plymouth can be traced back to the Maxwell automobile. When Walter P. Chrysler took over control of the troubled Maxwell-Chalmers car company in the early 1920s, he inherited the Maxwell as part of the package. After he used the company's facilities to help create and launch the six-cylinder Chrysler automobile in 1924, he decided to create a lower-priced companion car. So for 1926, the Maxwell was reworked and rebadged as the low-end four-cylinder Chrysler "52" model. In 1928, the "52" was once again redesigned to create the Chrysler-Plymouth Model Q. The "Chrysler" portion of the nameplate was dropped with the introduction of the Plymouth Model U in 1929. 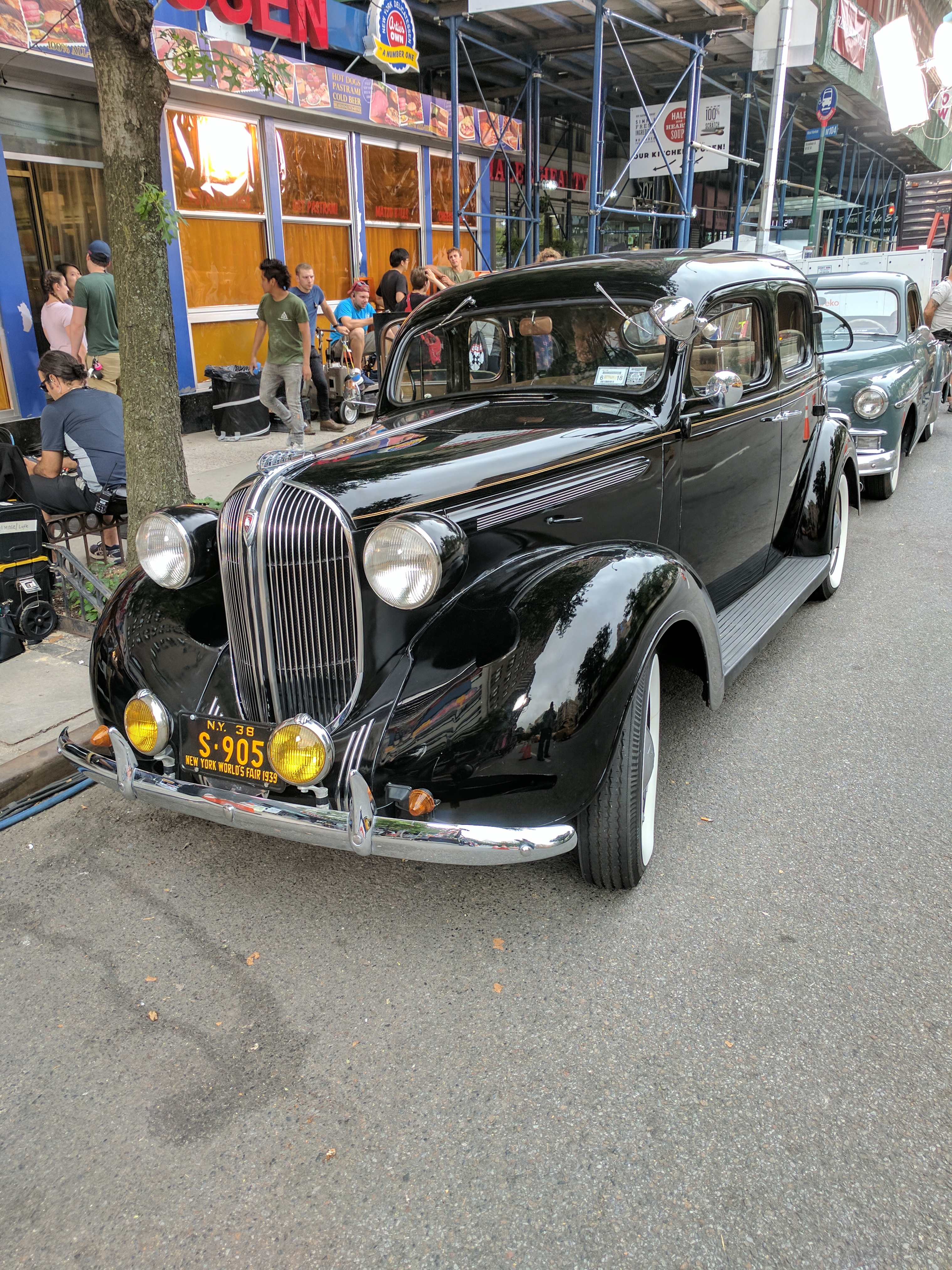 ]] While the original purpose of the Plymouth was to serve the lower end of a booming automobile market, during the Great Depression of the 1930s the division helped significantly in ensuring the survival of the Chrysler Corporation when many other car companies failed. Beginning in 1930, Plymouths were sold by all three Chrysler divisions (Chrysler, DeSoto, and Dodge). Plymouth sales were a bright spot during this dismal automotive period, and by 1931 Plymouth rose to number three in sales among all cars. In 1931 with the Model PA, the company introduced floating power and boasted, "The smoothness of an eight – the economy of a four." In 1933, Chrysler decided to catch up with Ford and Chevrolet in engine cylinder count. The version of Chrysler's flathead-six engine was equipped with a downdraft carburetor and installed in the new 1933 Plymouth PC, introduced on November 17, 1932. However, Chrysler had reduced the PC's wheelbase from , and the car sold poorly. By April 1933, the Dodge division's Model DP chassis, with a wheelbase, was put under the PC body with DP front fenders, hood, and radiator shell. The model designation was advanced to 'PD'. The PC was redesigned to look similar to the PD and became the 'Standard Six' (PCXX). It had been the 'Plymouth Six' at the introduction and was sold through to the end of 1933, but in much lower numbers. In 1937, Plymouth (along with the other Chrysler makes) added safety features such as flat dash boards with recessed controls and the back of the front seat padded for the rear seat occupants The PC was shipped overseas to Sweden, Denmark, and the UK, as well as Australia. In the UK, it was sold as a 'Chrysler Kew', the town of Kew being the location of the Chrysler factory outside London. The flathead six which started with the 1933 Model PC stayed in the Plymouth until the 1959 models. In 1939, Plymouth produced 417,528 vehicles, of which 5,967 were two-door convertible coupes with rumble seats. The 1939 convertible coupe was prominently featured at Chrysler's exhibit at the 1939 New York World's Fair, advertised as the first mass-production convertible with a power folding top. It featured a , version of the flathead six engine. For much of its life, Plymouth was one of the top-selling American automobile brands; it, together with Chevrolet and Ford, was commonly referred to as the "low-priced three" marques in the American market. Plymouth almost surpassed Ford in 1940 and 1941 as the second-most popular make of automobiles in the U.S.

In 1957, Virgil Exner's new Forward Look design theme, advertised by Plymouth with the tagline "Suddenly, it's 1960", produced cars with advanced styling compared to Chevrolet or Ford. The 1957 total production soared to 726,009, about 200,000 more than 1956, and the largest output yet for Plymouth. However, the 1957–1958 Forward Look models suffered from poor materials, spotty build quality, and inadequate corrosion protection; they were rust-prone and greatly damaged Chrysler's reputation.