picture info
Launch Escape System
A launch escape system is a crew safety system connected to a space capsule, used to quickly separate the capsule from its launch vehicle rocket in case of a launch abort emergency, such as an impending explosion. Such systems are usually of two types:

A-105 (SA-10)
AS-105 was the fifth and final orbital flight of a boilerplate Apollo spacecraft, and the third and final launch of a Pegasus micrometeroid detection satellite
[...More...]

Pegasus 3
Pegasus 3 or III, also known as Pegasus C before launch, was an American satellite which was launched in 1965 to study micrometeoroid impacts in Low Earth orbit. It was the last of three Pegasus satellites to be launched, the previous two having been launched earlier the same year
[...More...]

A-104 (SA-8)
AS-104 was the fourth orbital test of a boilerplate Apollo spacecraft, and the second flight of the Pegasus micrometeroid detection satellite
[...More...]

Pegasus 2
Pegasus 2 or Pegasus II, known before launch as Pegasus B was an American satellite which was launched in 1965 to study micrometeoroid impacts in Low Earth orbit. It was the second of three Pegasus satellites to be launched, following the launch of Pegasus 1 three months earlier
[...More...] 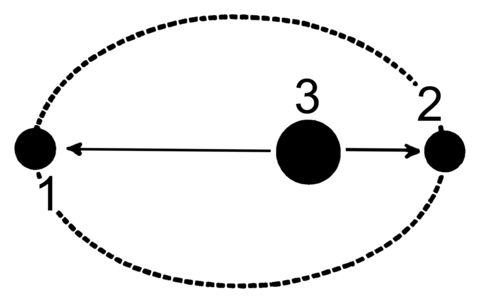 A-103 (SA-9)
AS-103 was the third orbital flight test of a boilerplate Apollo spacecraft, and the first flight of a Pegasus micrometeroid detection satellite
[...More...]

Pegasus 1
Pegasus 1 or I, known before launch as Pegasus A, was an American satellite which was launched in 1965 to study micrometeoroid impacts in low Earth orbit. It was the first of three Pegasus satellites to be launched
[...More...]

Van Allen Radiation Belt
A Van Allen radiation belt is a zone of energetic charged particles, most of which originate from the solar wind that are captured by and held around the planet by that planet's magnetic field. The Earth has two such belts and sometimes others may be temporarily created. The discovery of the belts is credited to James Van Allen, and as a result the Earth's belts are known as the Van Allen belts. Earth's two main belts extend from an altitude of about 500 to 58,000 kilometers above the surface in which region radiation levels vary. Most of the particles that form the belts are thought to come from solar wind and other particles by cosmic rays. By trapping the solar wind, the magnetic field deflects those energetic particles and protects the Earth's atmosphere from destruction. The belts are located in the inner region of the Earth's magnetosphere. The belts trap energetic electrons and protons
[...More...] 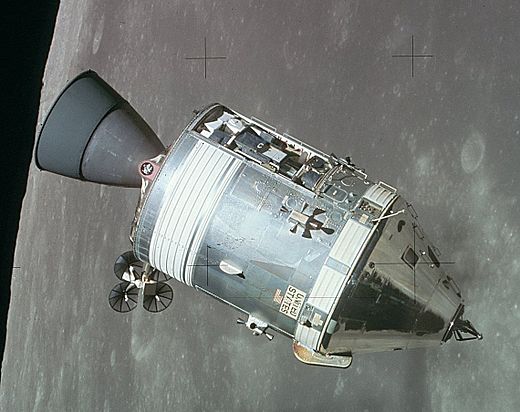 picture info
Apollo Command/Service Module
The Command/Service Module (CSM) was one of two spacecraft, along with the Lunar Module, used for the United States Apollo program which landed astronauts on the Moon. It was built for NASA by North American Aviation. It was launched by itself on three suborbital and low Earth orbit Apollo test missions using the Saturn IB launch vehicle. It was also launched twelve times on the larger Saturn V launch vehicle, both by itself and with the Lunar Module. It made a total of nine manned flights to the Moon boosted by the Saturn V. After the Apollo lunar program, the CSM saw manned service as a crew shuttle for the Skylab program, and the Apollo-Soyuz Test Project (ASTP) in which an American crew rendezvoused and docked with a Soviet Soyuz spacecraft in Earth orbit
[...More...]