Click Here for Items Related To - Little Lord Fauntleroy
''Little Lord Fauntleroy'' is a novel by the English-American writer Frances Hodgson Burnett, her first children's novel. It was published as a serial in ''St. Nicholas Magazine'' from November 1885 to October 1886, then as a book by Scribner's (the publisher of ''St. Nicholas'') in 1886. The illustrations by Reginald B. Birch set fashion trends and the novel set a precedent in copyright law when Burnett won a lawsuit in 1888 against E. V. Seebohm over the rights to theatrical adaptations of the work.

In a shabby New York City side street in the mid-1880s, young Cedric Errol lives with his mother (known to him as "Dearest") in genteel poverty after the death of his father, Captain Cedric Errol. One day, they are visited by an English lawyer named Havisham with a message from young Cedric's grandfather, the Earl of Dorincourt, an unruly millionaire who despises the United States and was very disappointed when his youngest son married an American woman. With the deaths of his father's elder brothers, Cedric has now inherited the title Lord Fauntleroy and is the heir to the earldom and a vast estate. Cedric's grandfather wants him to live in England and be educated as an English aristocrat. He offers his son's widow a house and guaranteed income, but he refuses to have anything to do with her, even after she declines his money. However, the Earl is impressed by the appearance and intelligence of his American grandson and is charmed by his innocent nature. Cedric believes his grandfather to be an honorable man and benefactor, and the Earl cannot disappoint him. The Earl therefore becomes a benefactor to his tenants, to their delight, though he takes care to let them know that their benefactor is the child, Lord Fauntleroy. Meanwhile, back in New York, a homeless bootblack named Dick Tipton tells Cedric's old friend Mr. Hobbs, a New York City grocer, that a few years prior, after the death of his parents, Dick's older brother Benjamin married an awful woman who got rid of their only child together after he was born and then left. Benjamin moved to California to open a cattle ranch while Dick ended up in the streets. At the same time, a neglected pretender to Cedric's inheritance appears in England, the pretender's mother claiming that he is the offspring of the Earl's eldest son, Bevis. The claim is investigated by Dick and Benjamin, who come to England and recognize the woman as Benjamin's former wife. She flees, and the Tipton brothers and the pretender, Benjamin's son, do not see her again. Afterward, Benjamin goes back to his cattle ranch in California where he happily raises his son by himself. The Earl is reconciled to his American daughter-in-law, realizing that she is far superior to the impostor. The Earl planned to teach his grandson how to be an aristocrat. Instead, Cedric teaches his grandfather that an aristocrat should practice compassion towards those dependent on him. The Earl becomes the man Cedric always innocently believed him to be. Cedric is happily reunited with his mother, and Mr. Hobbs, who decides to stay to help look after Cedric. 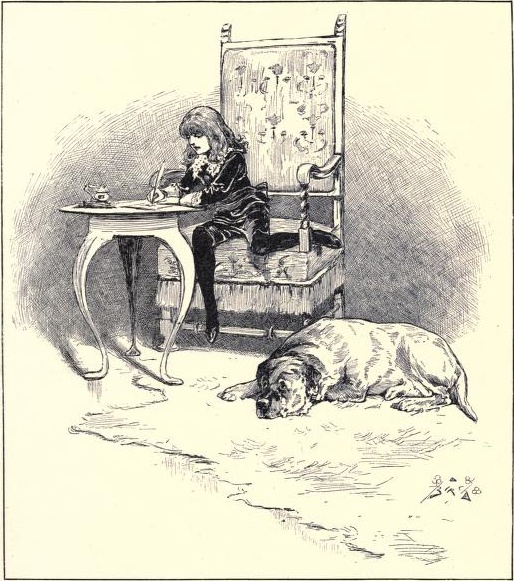 What the Earl saw was a graceful, childish figure in a black velvet suit, with a lace collar, and with lovelocks waving about the handsome, manly little face, whose eyes met his with a look of innocent good-fellowship. :— ''Little Lord Fauntleroy''

The Fauntleroy suit appeared in Europe as well but nowhere was it as popular as in America. The classic Fauntleroy suit was a velvet cut-away jacket and matching knee pants, worn with a fancy blouse and a large lace or ruffled collar. These suits appeared right after the publication of Burnett's story (1885) and were a major fashion for boys until after the turn of the 20th century. Many boys who did not wear an actual Fauntleroy suit wore suits with Fauntleroy elements, such as a fancy blouse or floppy bow. Only a minority of boys wore ringlet curls with these suits, but the photographic record confirms that many boys did. It was most popular for boys about 3–8 years of age, but some older boys wore them as well. It has been speculated that the popularity of the style encouraged many mothers to breech their boys earlier than before, and it was a factor in the decline of the fashion for dressing small boys in dresses and other skirted garments. Clothing that Burnett popularised was modelled on the costumes which she tailored herself for her two sons, Vivian and Lionel.

Polly Hovarth writes that ''Little Lord Fauntleroy'' "was the ''Harry Potter'' of his time and Frances Hodgson Burnett was as celebrated for creating him as J. K. Rowling is for Potter." During the serialisation in ''St. Nicholas'' magazine, readers looked forward to new installments. The fashions in the book became popular with velvet Lord Fauntleroy suits being sold, as well as other Fauntleroy merchandise such as velvet collars, playing cards, and chocolates. During a period when sentimental fiction was the norm, and in the United States the "rags to riches" story popular, ''Little Lord Fauntleroy'' was a hit. Edith Nesbit included in her own children's book ''The Enchanted Castle'' (1907) a rather unflattering reference:

Gerald could always make himself look interesting at a moment's notice (...) by opening his grey eyes rather wide, allowing the corners of his mouth to droop, and assuming a gentle, pleading expression, resembling that of the late little Lord Fauntleroy who must, by the way, be quite old now, and an awful prig. 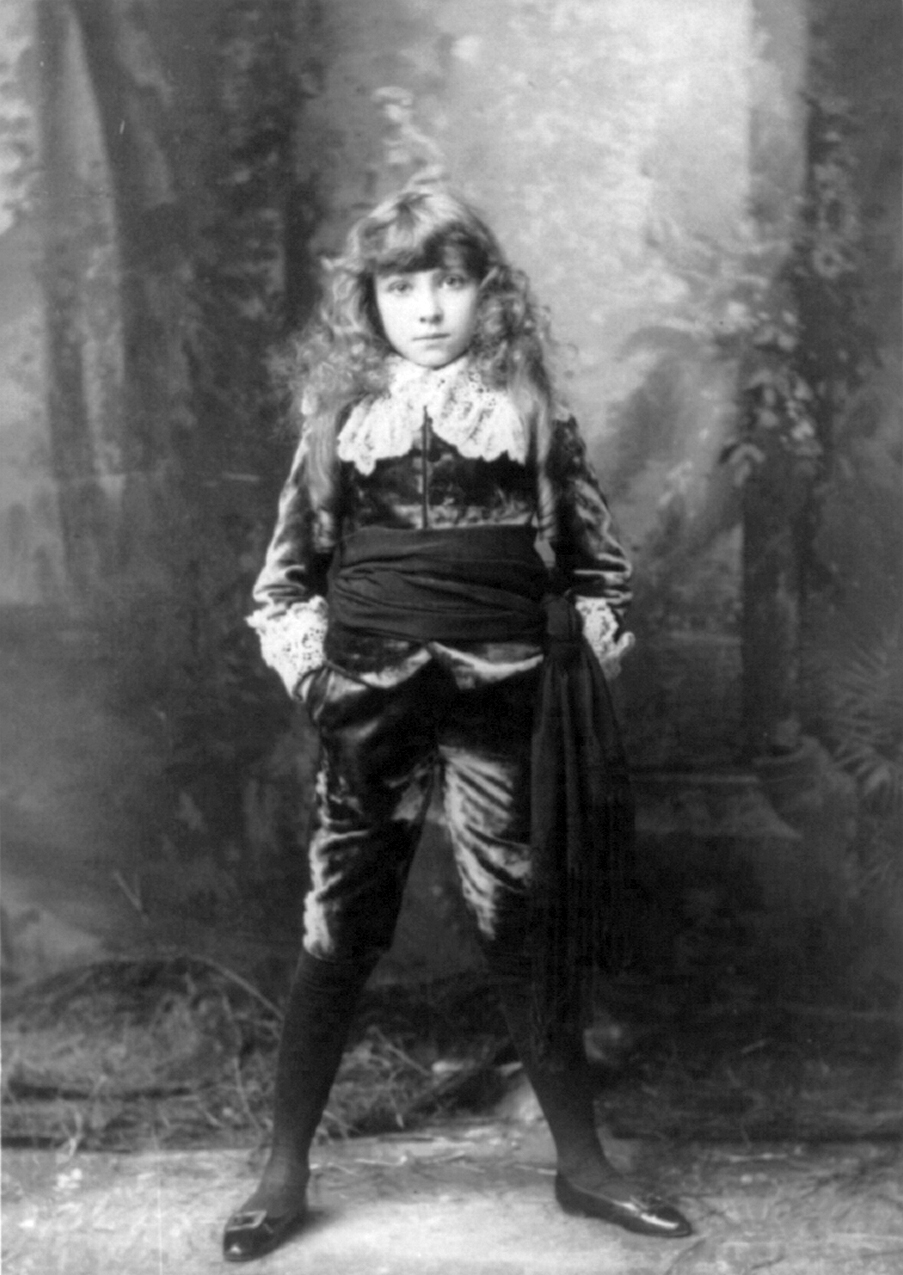 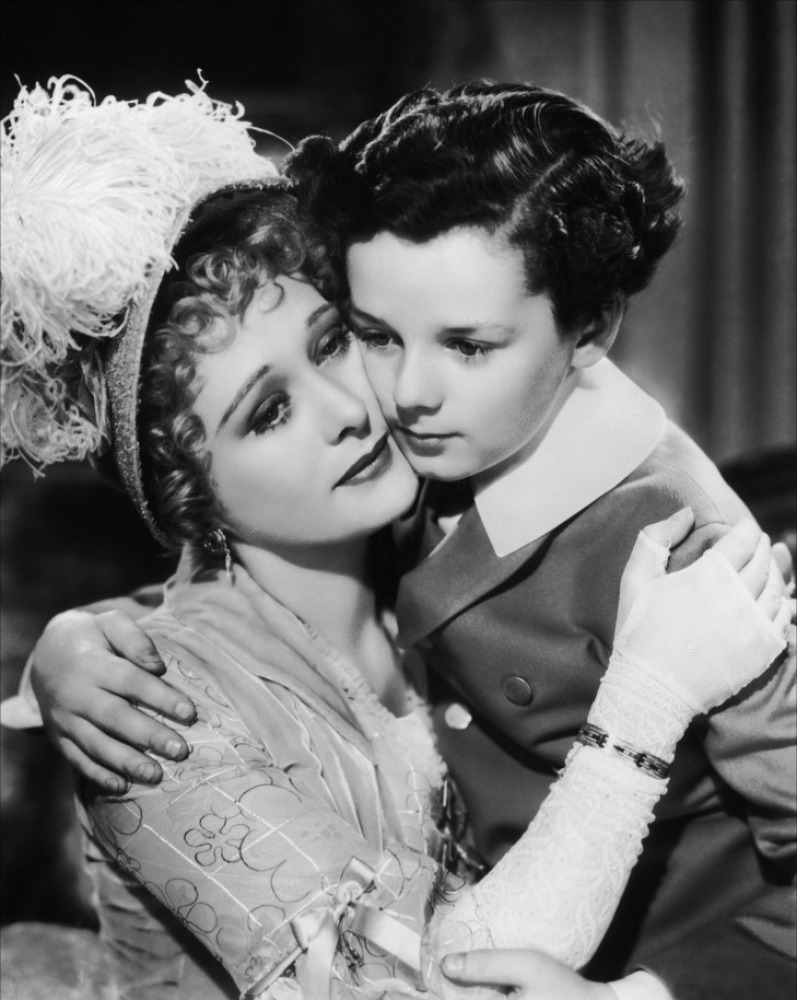