''Chả lụa'' () or ''giò lụa'' () is the most common type of sausage in Vietnamese cuisine, made of pork and traditionally wrapped in banana leaves. 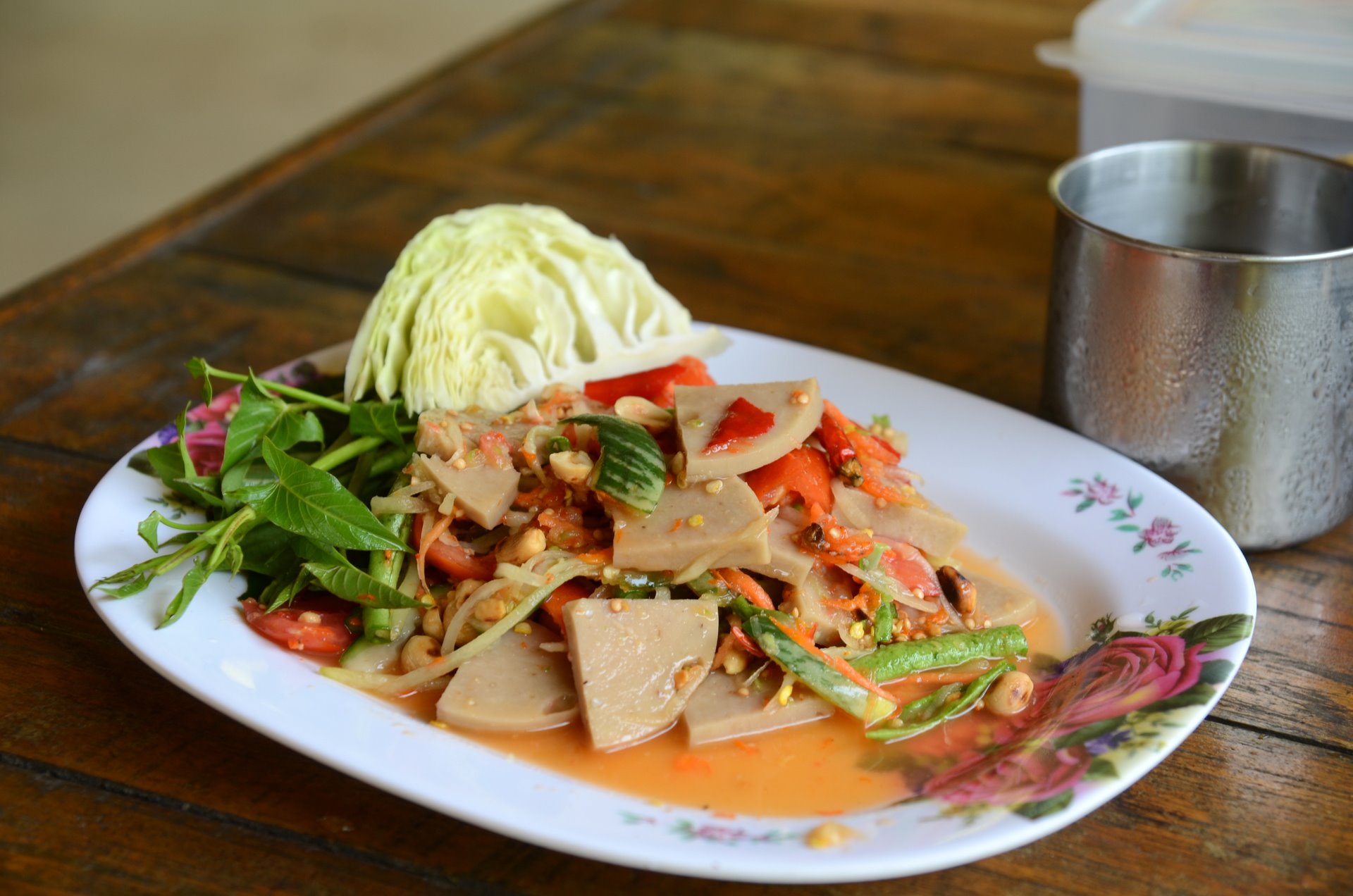 Traditionally, ''chả lụa'' is made of lean pork, potato starch, garlic, ground black pepper, and fish sauce. The pork has to be pounded until it becomes pasty; it cannot be chopped or ground, as the meat would still be fibrous, dry, and crumbly. Near the end of the pounding period, a few spoonfuls of fish paste are added to the meat for flavor, but salt, black pepper, and sugar can also be added. The meat is now called ''giò sống'', meaning "raw sausage", and can be used in other dishes, as well. The mixture is then wrapped tightly in banana leaves into a cylindrical shape and boiled. If the banana leaf is not wrapped tightly and water leaks inside while it is being boiled, the sausage will spoil quickly if kept at room temperature. The sausage has to be submerged vertically into boiling water, and a 1-kg sausage typically takes an hour to cook. Other variants include: * ''chả bì'' - containing shredded pork skin along with typical chả lụa ingredients, then steamed * ''chả bò'' - beef sausage with herbs * ''chả chiên'' - where the entire sausage is deep-fried (instead of steamed, omitting the banana leaf wrap) * ''chả Huế'' - contains whole black peppercorns and more garlic and then steamed * ''chả quế'' - sausage seasoned with powdered cinnamon, then fried, another variety of ''chả chiên''. In Northern Vietnam, ''chả'' almost exclusively refers to this variant Correctly made ''chả lụa'' can be stored at room temperature for about one week, but it is recommended to keep it refrigerated until used, where it can be stored for up to 3–4 weeks. During the initial wave of Vietnamese immigrants to the United States in the mid-1970s, banana leaves were difficult to find; thus, Vietnamese chefs substituted aluminum foil for banana leaves, a habit that continues today. In areas that have banana leaves, a small strip of it is used for flavor while still using the aluminum foil to shape the sausage. The sausage is normally sliced and eaten with ''bánh cuốn'', ''bánh mì'', or ''xôi'', or braised in fish sauce and black pepper with other meat dishes. If fried, it is called ''chả chiên''. Chả lụa also known as ''mu yo'' ( th|หมูยอ, ) in Thai, the term is a combination of the word ''mu'', meaning pork, and the word ''giò'' which means ham or sausage in Vietnamese.