''Wokou'' (; Japanese: ''Wakō''; Korean: 왜구 ''Waegu''), which literally translates to "Japanese pirates" or "dwarf pirates", were pirates who raided the coastlines of China and Korea from the 13th century to the 16th century. The ''wokou'' came from Japanese, Korean, and Chinese ethnicities which varied over time and raided the mainland from islands in the Sea of Japan and East China Sea. ''Wokou'' activity in Korea declined after the Treaty of Gyehae in 1443, but continued in Ming China and peaked during the Jiajing wokou raids in the mid-1500s, but Chinese reprisals and strong clamp downs on pirates by Japanese authorities saw the ''wokou'' virtually disappear by the 1600s.

There are two distinct eras of ''wokou'' piracy. The early wokou mostly set up camp on the outlying islands of the Japanese archipelago in the Sea of Japan, as opposed to the 16th century ''wokou'' who were mostly non-Japanese. The early wokou raided the Japanese themselves as well as China and Korea. The first recorded use of the term ''wokou'' (倭寇) is on the Gwanggaeto Stele, a stone monument erected in modern Ji'an, Jilin, China, to celebrate the exploits of Gwanggaeto the Great of Goguryeo (r. 391–413). The stele states that "wokou" ("Japanese robbers") crossed the sea and were defeated by him in the year 404. The term ''wokou'' is a combination of the Chinese terms ''Wō'' (倭), referring to either dwarfs or pejoratively to the Japanese, and ''kòu'' () "bandit". 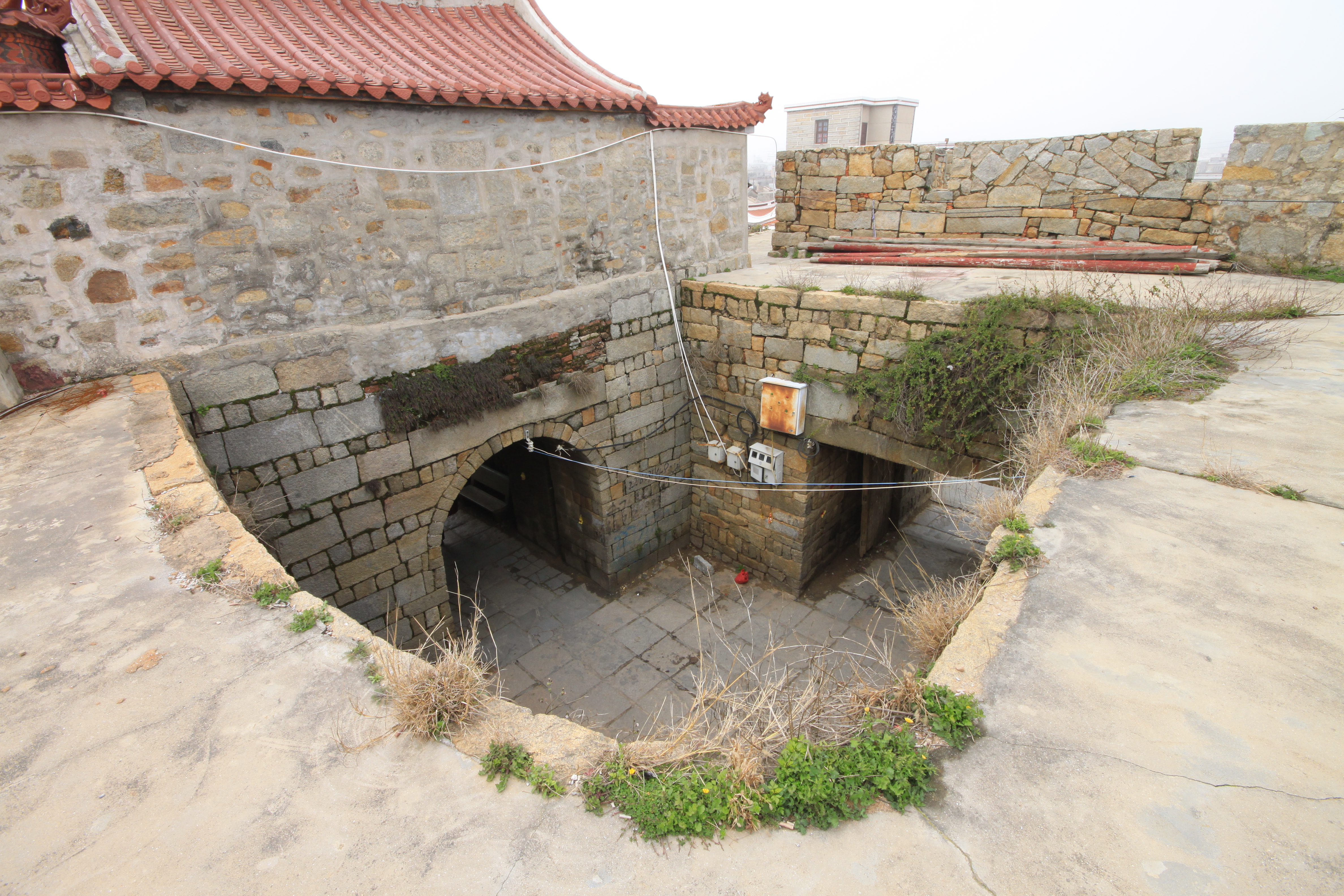 The origin of the term ''wokou'' dates back to the 4th century, but among ''wokous activities which are divided into two academic periods, the pirates called "early ''wokou''" were born from the Mongol invasion of Japan. As a result of the war, the coastal defense capabilities of China and Korea were significantly reduced. Also, as a result of the war, people living in Tsushima, Iki, and Gotō Islands in Kyushu suffered extreme poverty. For these reasons, ''wokou'' gradually intensified their looting on the coasts of China and Korea. Jeong Mong-ju was dispatched to Japan to deal with the problem, and during his visit Kyushu governor Imagawa Sadayo suppressed the early wokou, later returning their captured property and people to Korea. In 1405 Ashikaga Yoshimitsu sent twenty captured pirates to China, where they were boiled in a cauldron in Ningbo. According to Korean records, wako pirates were particularly rampant roughly from 1350. After almost annual invasions of the southern provinces of Jeolla and Gyeongsang, they migrated northwards to the Chungcheong and Gyeonggi areas. The ''History of Goryeo'' has a record of sea battles in 1380 whereby one hundred warships were sent to Jinpo to rout Japanese pirates there, releasing 334 captives, Japanese sorties decreasing then after. The wako pirates were effectively expelled through the use of gunpowder technology, which the wako then lacked, after Goryeo founded the Office of Gunpowder Weapons in 1377 (but abolished twelve years later). In 1419, the Korean army landed in Tsushima and started the Ōei Invasion, the largest operation against ''wokou'' ever. General Yi Jongmu's fleet of 227 ships and 17,285 soldiers set off from Geoje Island toward Tsushima on June 19, 1419. According to "Veritable Records of the Joseon Dynasty" a Korean history book, in the battle of June 20, the Korean army captured 129 ''wokou'' ships, burned 1939 houses, killed 114 people, captured 21 people, and rescued 131 Chinese who were captured by the ''wokou''. On June 29, they burned 15 ''wokou'' ships and 68 houses, killed nine people, and rescued 15 people, including Chinese and Koreans, who had been held captive, but more than a hundred soldiers were killed by ''wokou''. On July 3, the Korean army withdrew to Geoje Island, and finally withdrew completely after giving up the re-landing and occupation of Tsushima due to the loss of Korean army and worsening weather. In the record of July 10, the number of soldiers killed by ''wokou'' was rectified to 180. On the other hand, according to historical documents recorded by the Sō clan, the death toll of the Korean army was 2500. When the Treaty of Gyehae was concluded between the Joseon and Sō Sadamori of Tsushima in 1443 and Sō clan was given trade privileges, wokou's activities along the Korean Peninsula calmed down. Some of the coastal forts built for defense against Wokou can still be found in Zhejiang and Fujian. Among them are the well-restored Pucheng Fortress (in Cangnan County, Zhejiang) and Chongwu Fortress (in Chongwu, Huai'an County, Fujian), as well as the ruins of the Liu'ao Fortress in Liu'ao, Zhangpu County (Fujian).

According to the ''History of Ming'', thirty percent of the 16th century wokou were Japanese and seventy percent were ethnic Chinese. In attempts to centralize political control, the Ming Dynasty enacted trade bans with the consensus being that "unrestricted trade would lead to chaos". With maritime trade outlawed, China's navy was reduced and, as a result, they were unable to combat increased smuggling which led to wokou control over the southeastern coast. Although wokou means "Japanese pirates", major wokou groups in the 16th century were led by Chinese traders whose livelihoods were halted by the Ming trade bans. Because of the extent of corruption in the Ming court, many Chinese officials actually had relations with the pirates and benefited from the piracy, making it difficult for central authorities to control. Two well known Chinese military figures involved in the combating of Wokou were Qi Jiguang and Yu Dayou. Yu Dayou was a general of the Ming dynasty who was assigned to defend the coast against the Japanese pirates. In 1553, a young man named Qi Jiguang became Assistant Regional Military Commissioner of the Ming dynasty and was assigned to "punish the bandits and guard the people" which meant taking on the Japanese pirates attacking the Ming east coast. At that time, he was only twenty-six years old. On the eve of the next year he was promoted to full Commissioner in Zhejiang because of his successes. The wokou even made it into the Philippines before their extermination in the 1600s. Aparri in the Philippines, which is located in Northern Luzon, was established as pirate city-state under the patronage of the Wokou. The area around Aparri was the site of the 1582 Cagayan battles between Japanese pirates and Spanish soldiers. The wokou were not only limited to Aparri. The pirate-warlord Limahong attempted and failed to invade Manila and afterwards set up a temporary pirate state in Caboloan (Pangasinan) before he was expelled by the Spanish.

Attacks by the ''wokou''. Fourteenth-century painting The identity of the wokou is subject to some debate, with various theories about the ethnic makeup and national origin of the pirates. Professor Takeo Tanaka of University of Tokyo proposed in 1966 that the early wokou were Koreans living on these outlying islands. In the ''Annals of the Joseon Dynasty'', the compiled section for King Sejong relates that a vassal named Yi Sun-mong (, 1386–1449) told his monarch "I hear that in the late Goryeo kingdom period, Wokou roaming (our country) and the peasants could not withstand them. However only 1 or 2 (out of 10) were caused by (real) Japanese. Some of our peasants imitatively wore Japanese clothing, formed a group and caused trouble... in order to stop all evils, there is nothing more urgent than the ''Hopae'' (personal identification system)". However, Yi did not live during the Goryeo dynasty, and was likely relating rumor or legend as opposed to solid documented evidence. Moreover, the thrust of Yi's speech concentrates on how national security was deteriorating and how it required special attention; it is possible he made use of unreliable information to support his point.