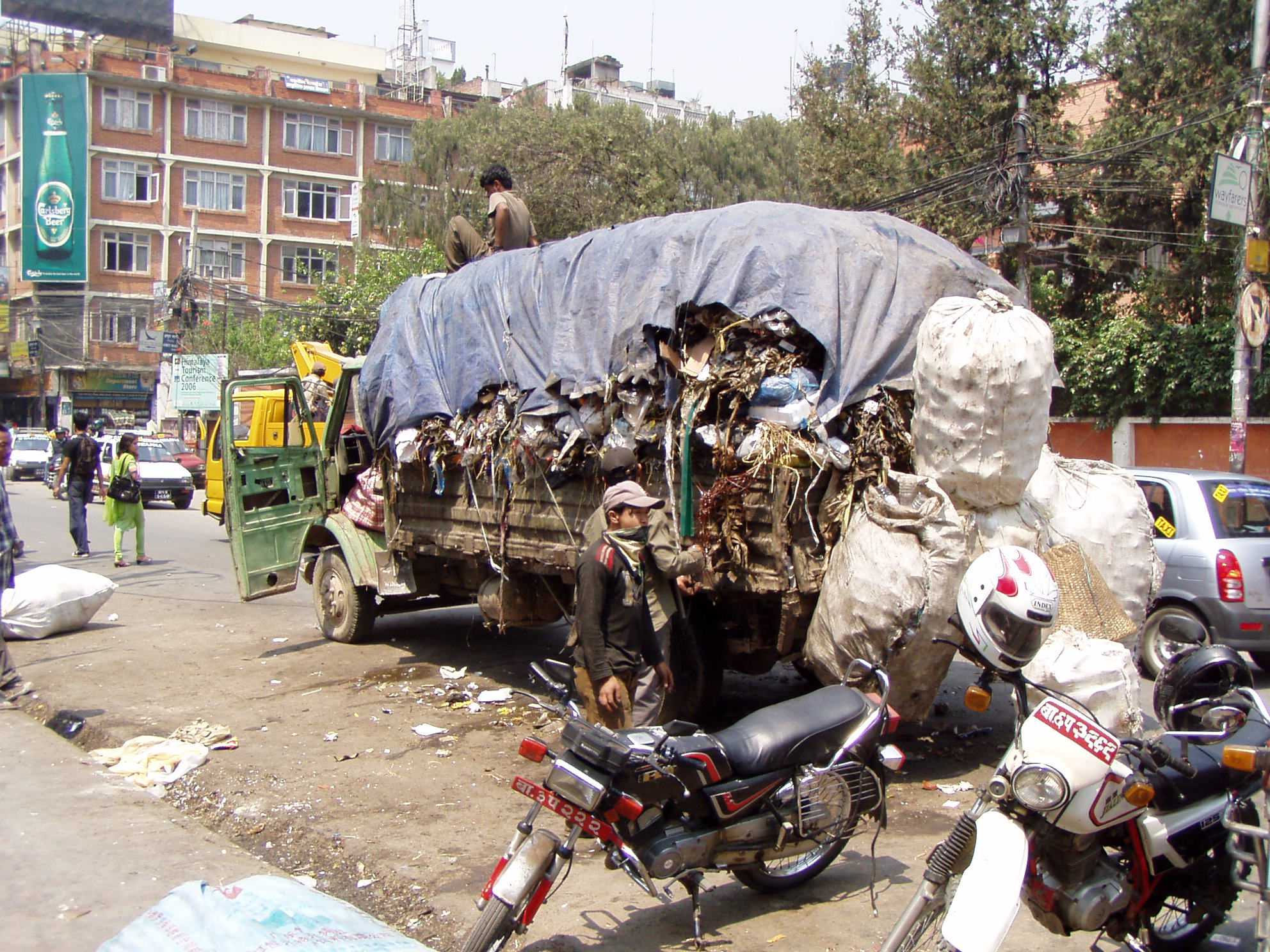 Waste management (or waste disposal) includes the activities and actions required to manage waste from its inception to its final disposal. This includes the collection, transport, treatment and disposal of waste, together with monitoring and regulation of the waste management process and waste-related laws, technologies, economic mechanisms. Waste can be solid, liquid, or gaseous and each type has different methods of disposal and management. Waste management deals with all types of waste, including industrial, biological and household. In some cases, waste can pose a threat to human health. Health issues are associated throughout the entire process of waste management. Health issues can also arise indirectly or directly. Directly, through the handling of said waste, and indirectly through the consumption of water, soil and food. Waste is produced by human activity, for example, the extraction and processing of raw materials. Waste management is intended to reduce adverse effects of waste on human health, the environment, planetary resources and aesthetics. Waste management practices are not uniform among countries (developed and developing nations); regions (urban and rural areas), and residential and industrial sectors can all take different approaches. Proper management of waste is important for building sustainable and liveable cities, but it remains a challenge for many developing countries and cities. A report found that effective waste management is relatively expensive, usually comprising 20%–50% of municipal budgets. Operating this essential municipal service requires integrated systems that are efficient, sustainable, and socially supported. A large portion of waste management practices deal with municipal solid waste (MSW) which is the bulk of the waste that is created by household, industrial, and commercial activity. Measures of waste management include measures for integrated techno-economic mechanisms of a circular economy, effective disposal facilities, export and import control and optimal sustainable design of products that are produced. In the first systematic review of the scientific evidence around global waste, its management and its impact on human health and life, authors concluded that about a fourth of all the municipal solid terrestrial waste is not collected and an additional fourth is mismanaged after collection, often being burned in open and uncontrolled fires – or close to one billion tons per year when combined. They also found that broad priority areas each lack a "high-quality research base", partly due to the absence of "substantial research funding", which motivated scientists often require.

The waste hierarchy refers to the "3 Rs" Reduce, Reuse and Recycle, which classifies waste management strategies according to their desirability in terms of waste minimisation. The waste hierarchy is the cornerstone of most waste minimization strategies. The aim of the waste hierarchy is to extract the maximum practical benefits from products and to generate the minimum amount of end waste; see: resource recovery. The waste hierarchy is represented as a pyramid because the basic premise is that policies should promote measures to prevent the generation of waste. The next step or preferred action is to seek alternative uses for the waste that has been generated i.e. by re-use. The next is recycling which includes composting. Following this step is material recovery and waste-to-energy. The final action is disposal, in landfills or through incineration without energy recovery. This last step is the final resort for waste which has not been prevented, diverted or recovered. The waste hierarchy represents the progression of a product or material through the sequential stages of the pyramid of waste management. The hierarchy represents the latter parts of the life-cycle for each product.

Life-cycle of a product

The life-cycle begins with design, then proceeds through manufacture, distribution, and primary use and then follows through the waste hierarchy's stages of reduce, reuse and recycle. Each stage in the life-cycle offers opportunities for policy intervention, to rethink the need for the product, to redesign to minimize waste potential, to extend its use.