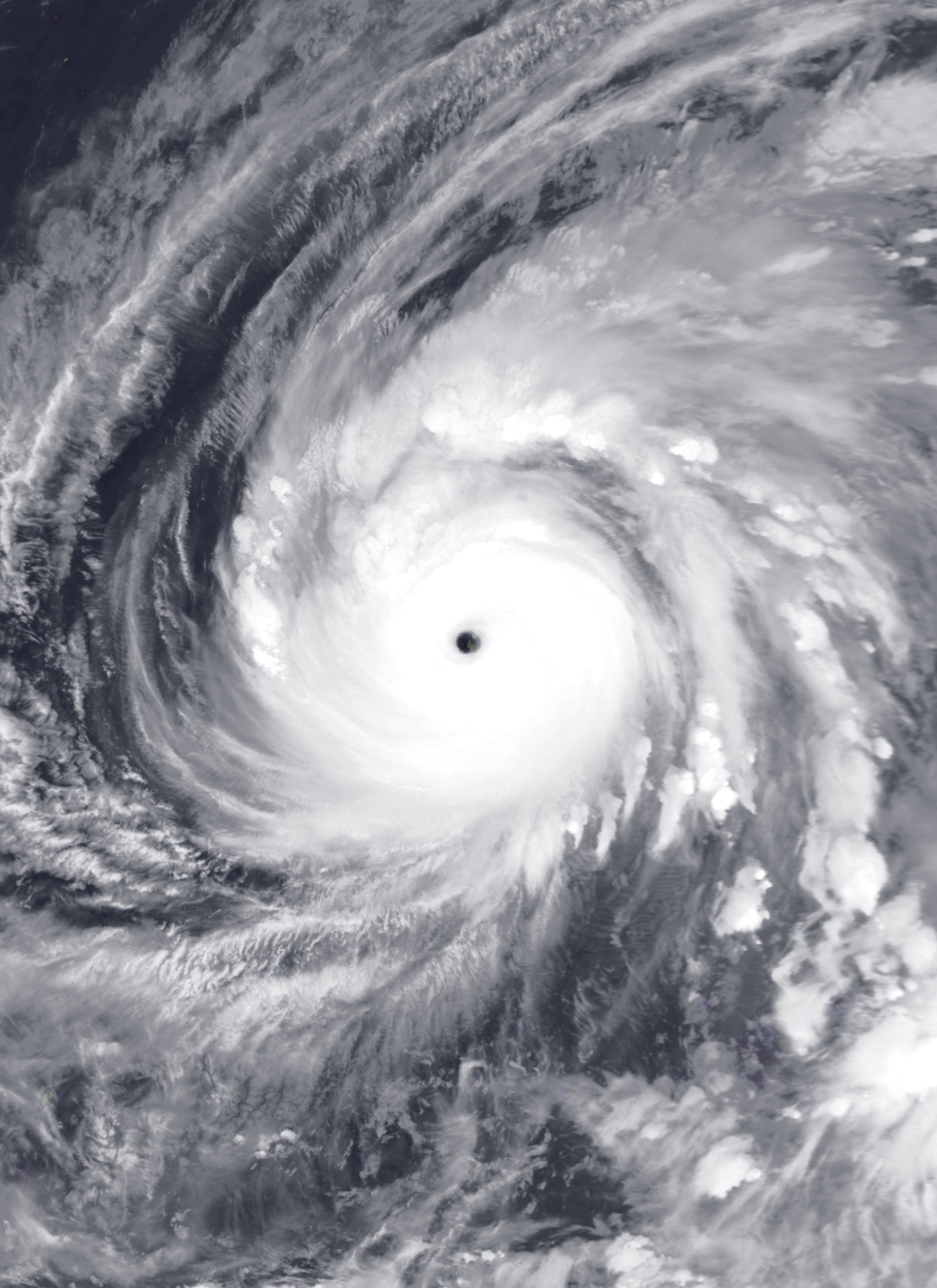 A typhoon is a mature tropical cyclone that develops between 180° and 100°E in the Northern Hemisphere. This region is referred to as the Northwestern Pacific Basin, and is the most active tropical cyclone basin on Earth, accounting for almost one-third of the world's annual tropical cyclones. For organizational purposes, the northern Pacific Ocean is divided into three regions: the eastern (North America to 140°W), central (140°W to 180°), and western (180° to 100°E). The Regional Specialized Meteorological Center (RSMC) for tropical cyclone forecasts is in Japan, with other tropical cyclone warning centers for the northwest Pacific in Hawaii (the Joint Typhoon Warning Center), the Philippines and Hong Kong. While the RSMC names each system, the main name list itself is coordinated among 18 countries that have territories threatened by typhoons each year. Within the northwestern Pacific, there are no official typhoon seasons as tropical cyclones form throughout the year. Like any tropical cyclone, there are few main requirements for typhoon formation and development: (1) sufficiently warm sea surface temperatures, (2) atmospheric instability, (3) high humidity in the lower to middle levels of the troposphere, (4) enough Coriolis effect to develop a low pressure center, (5) a pre-existing low level focus or disturbance, and (6) a low vertical wind shear. While the majority of storms form between June and November, a few storms may occur between December and May (although tropical cyclone formation is at a minimum during that time). On average, the northwestern Pacific features the most numerous and intense tropical cyclones globally. Like other basins, they are steered by the subtropical ridge towards the west or northwest, with some systems recurving near and east of Japan. The Philippines receive the brunt of the landfalls, with China and Japan being less often impacted. However, some of the deadliest typhoons in history have struck China. Southern China has the longest record of typhoon impacts for the region, with a thousand-year sample via documents within their archives. Taiwan has received the wettest known typhoon on record for the northwest Pacific tropical cyclone basins.

The term ''typhoon'' is the regional name in the northwest Pacific for a severe (or mature) tropical cyclone, whereas ''hurricane'' is the regional term in the northeast Pacific and northern Atlantic. Elsewhere this is called a ''tropical cyclone'', ''severe tropical cyclone'', or ''severe cyclonic storm''. The French ''typhon'' is attested with the meaning of whirlwind or storm since 1504. The ''Oxford English Dictionary'' cites Hindustani ''ṭūfān'' and Chinese ''tai fung'' giving rise to several early forms in English. The earliest forms in English—"touffon", later "tufan", "tuffon", and others—derive from Hindustani ''ṭūfān'', with citations as early as 1588. From 1699 appears "tuffoon", later "tiffoon", derived from Chinese with spelling influenced by the older Hindustani-derived forms. The modern spelling "typhoon" dates to 1820, preceded by "tay-fun" in 1771 and "ty-foong", all derived from the Chinese ''tai fung''. The Hindustani source word ''ṭūfān'' ("violent storm"; Perso-Arabic: ur||label=none, Devanagari: hi|तूफ़ान|label=none)