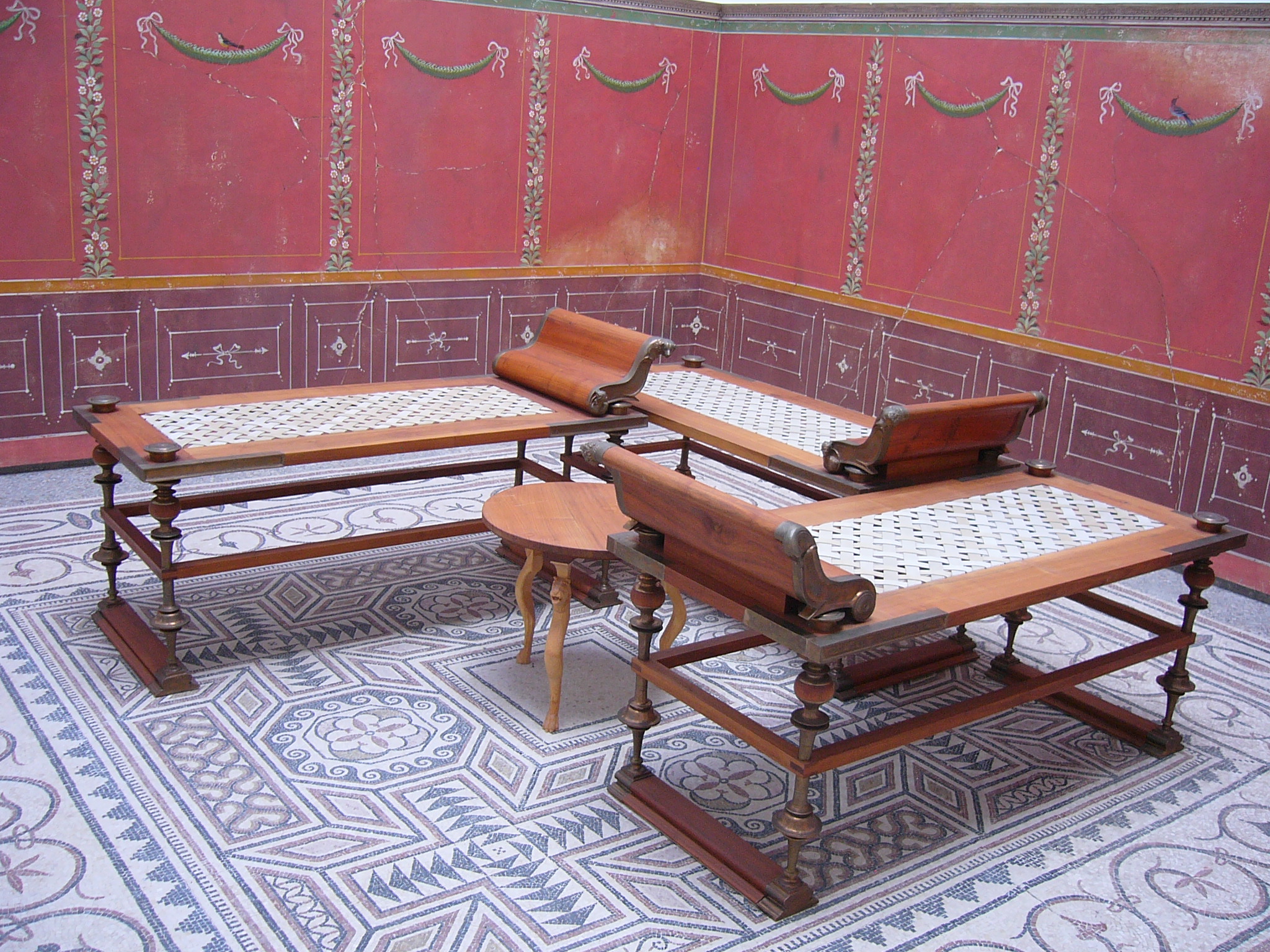 A ''triclinium'' (plural: ''triclinia'') is a formal
dining room A dining room is a room (architecture), room for eating, consuming food. In modern times it is usually adjacent to the kitchen for convenience in serving, although in medieval times it was often on an entirely different floor level. Historically ...

in a
Roman Roman or Romans most often refers to: *, the capital city of Italy *, Roman civilization from 8th century BC to 5th century AD *, the people of ancient Rome *', shortened to ''Romans'', a letter in the New Testament of the Christian Bible Roman ...
building. The word is adopted from the
Greek#REDIRECT Greek Greek may refer to: Greece Anything of, from, or related to Greece Greece ( el, Ελλάδα, , ), officially the Hellenic Republic, is a country located in Southeast Europe. Its population is approximately 10.7 million as of ...
()—from (), "three", and (), a sort of
couch A couch, also known as a sofa, settee, futton, or chesterfield (see #Etymology, Etymology below), is a piece of furniture for seating multiple people. It is commonly found in the form of a bench (furniture), bench, with Upholstery, upholstered a ...

or rather
chaise longue A chaise longue (; , "long chair") is an upholster Upholstery is the work of providing furniture, especially chair, seats, with padding, Spring (device), springs, webbing, and textile, fabric or leather covers. The word ''upholstery'' comes ...
. Each couch was sized to accommodate a diner who reclined on their left side on cushions while some household slaves served multiple courses brought from the ''culina'', or
kitchen A kitchen is a room In a building, a room is any space Space is the boundless three-dimensional extent in which objects and events have relative position and direction. Physical space is often conceived in three linear dimensions, al ...

, and others entertained guests with music, song, or dance. The ''triclinium'' was characterized by three '' lecti'' (singular ''lectus'': bed or couch), called ''triclinares'' ("of the ''triclinium''"), on three sides of a low square table, whose surfaces sloped away from the table at about 10 degrees. Diners would recline on these surfaces in a semi-recumbent position. The fourth side of the table was left free, presumably to allow service to the table. Usually the open side faced the entrance of the room. In Roman-era dwellings, particularly wealthy ones, ''triclinia'' were common and the hosts and guest would recline on pillows while
feast A banquet (; ) is a formal large meal or feast, where a number of people consume food together. Banquets are traditionally held to enhance the prestige of a host, or reinforce social bonds among joint contributors. Modern examples of these pur ...
ing. The Museum of
Archeology Archaeology or archeology is the study of human activity through the recovery and analysis of material culture. Archaeology is often considered a branch of socio-cultural anthropology, but archaeologists also draw from biological, geological ...

in
Arezzo, Italy Arezzo ( , , ; lat, Arretium) is a city and ''comune'' in Italy and the capital of the Province of Arezzo, province of the same name located in Tuscany. Arezzo is about southeast of Florence at an elevation of Above mean sea level, above sea l ...
and the House of Cairo in
Pompeii Pompeii (, ) was an ancient city located in what is now the ''comune The (; plural: ) is a of , roughly equivalent to a or . Importance and function The provides essential public services: of births and deaths, , and maintenan ...

offer what are thought to be accurate reconstructions of ''triclinia''. The custom of using ''
klinai Klinai (Ancient Greek, Greek for couches; singular klinē), known in Latin as lectus triclinaris, were a type of ancient furniture used by the Ancient Greece, ancient Greeks in their Symposium, symposia and by the ancient Romans in their somewhat d ...
'' ("dining couches") while taking a meal rather than sitting became popular among the Greeks in the early seventh century BC. From here it spread to their colonies in southern Italy (
Magna Graecia Magna Graecia (, ; Latin meaning "Greater Greece", grc, Μεγάλη Ἑλλάς, ', it, Magna Grecia) was the name given by the Roman people, Romans to the coastal areas of Southern Italy in the present-day regions of Campania, Apulia, Basilicat ...

) and was eventually adopted by the
Etruscans The Etruscan civilization () of List of ancient peoples of Italy, ancient Italy covered a territory, at its greatest extent, of roughly what is now Tuscany, western Umbria, and northern Lazio, as well as what are now the Po Valley, Emilia-Romagna ... 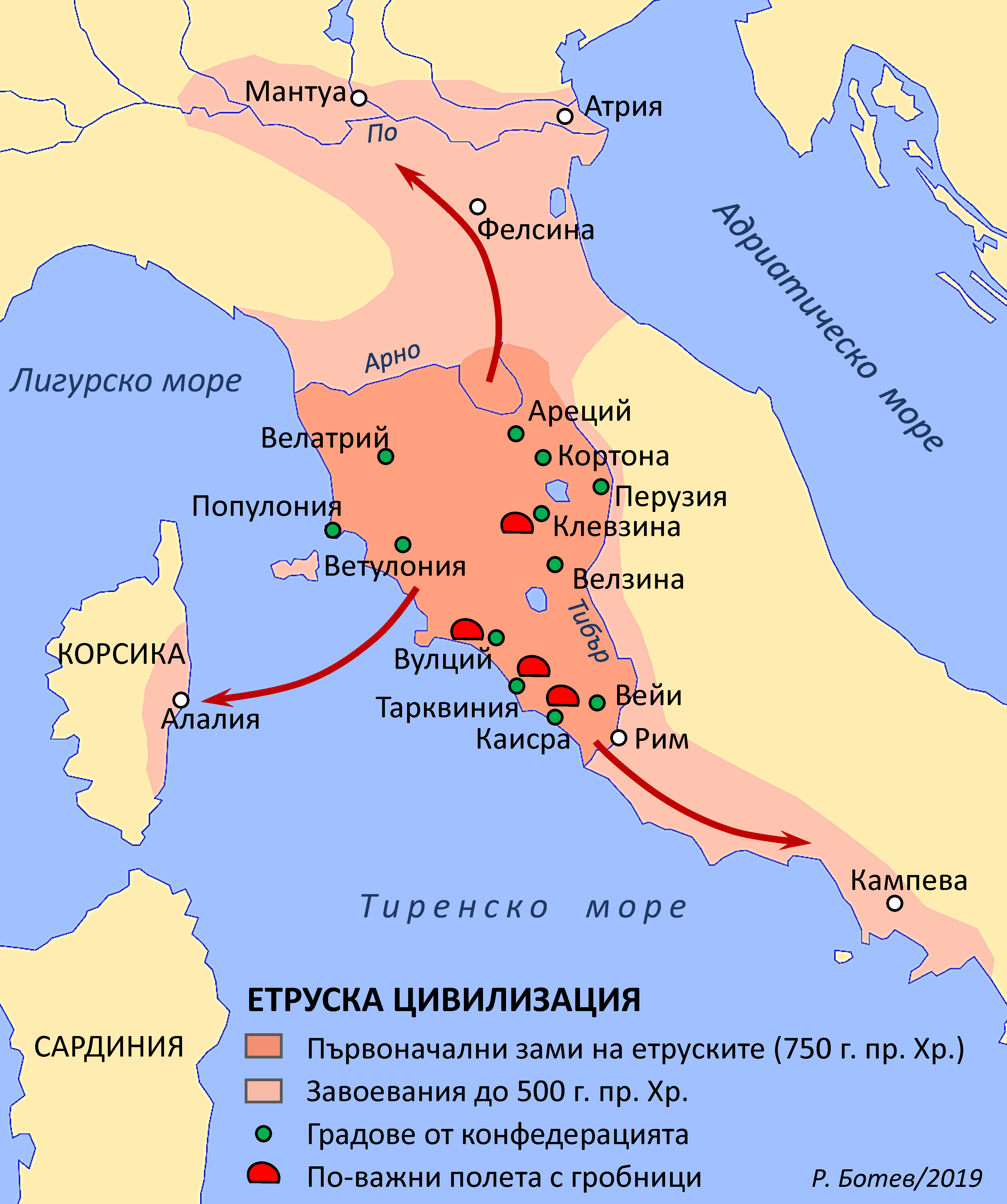 . In contrast to the Greek tradition of allowing only male guests into the formal dining room, called '' andrōn'', while everyday meals were taken with the rest of the family in the ''
oikos The ancient Greek word ''oikos'' (ancient Greek Ancient Greek includes the forms of the used in and the from around 1500 BC to 300 BC. It is often roughly divided into the following periods: (), Dark Ages (), the period (), and the ...
'', the Etruscans seem to not have restricted the use of the ''klinē'' to the male gender. The Romans may have seen the first dining ''klinai'' as used by the Etruscans but may have refined the practice when they later came to closer contact with the Greek culture.

,
Venus Venus is the second planet from the Sun. It is named after the Venus (mythology), Roman goddess of love and beauty. As List of brightest natural objects in the sky, the brightest natural object in Earth's night sky after the Moon, Venus can ...
, and
still life A still life (plural: still lifes) is a work of art A work of art, artwork, art piece, piece of art or art object is an artistic creation of aesthetic Aesthetics, or esthetics (), is a branch of philosophy that deals with the nature of ... 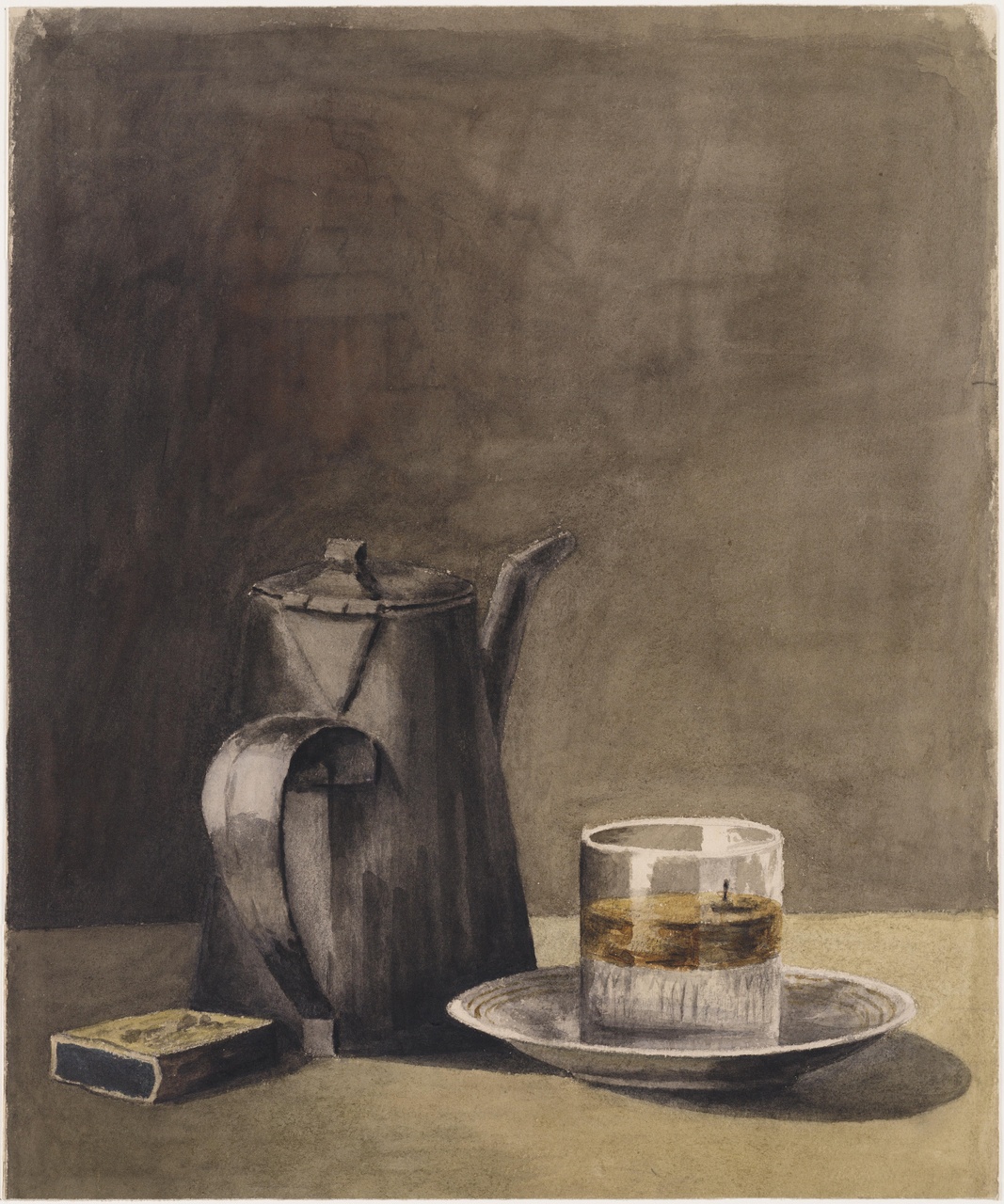 s of food were popular. Middle class and elite Roman houses usually had at least two ''triclinia''; it is not unusual to find four or more. Here, the ''triclinium maius'' ("big dining room") would be used for larger dinner parties, which would typically include many clients of the owner. Smaller ''triclinia'' would be used for smaller dinner parties, with a more exclusive set of guests. Hence, their decoration was often at least as elaborate as that found in larger ''triclinia''. As in the larger ''triclinia'', wine, food, and love were always popular themes. However, because of their association with patronage and because dining entertainment often included recitation of
highbrow 200px, Philip Melanchthon, engraving by Albrecht Dürer, 1526">Albrecht_Dürer.html" ;"title="Philip Melanchthon, engraving by Albrecht Dürer">Philip Melanchthon, engraving by Albrecht Dürer, 1526 Used colloquially as a noun or adjective, "high ... 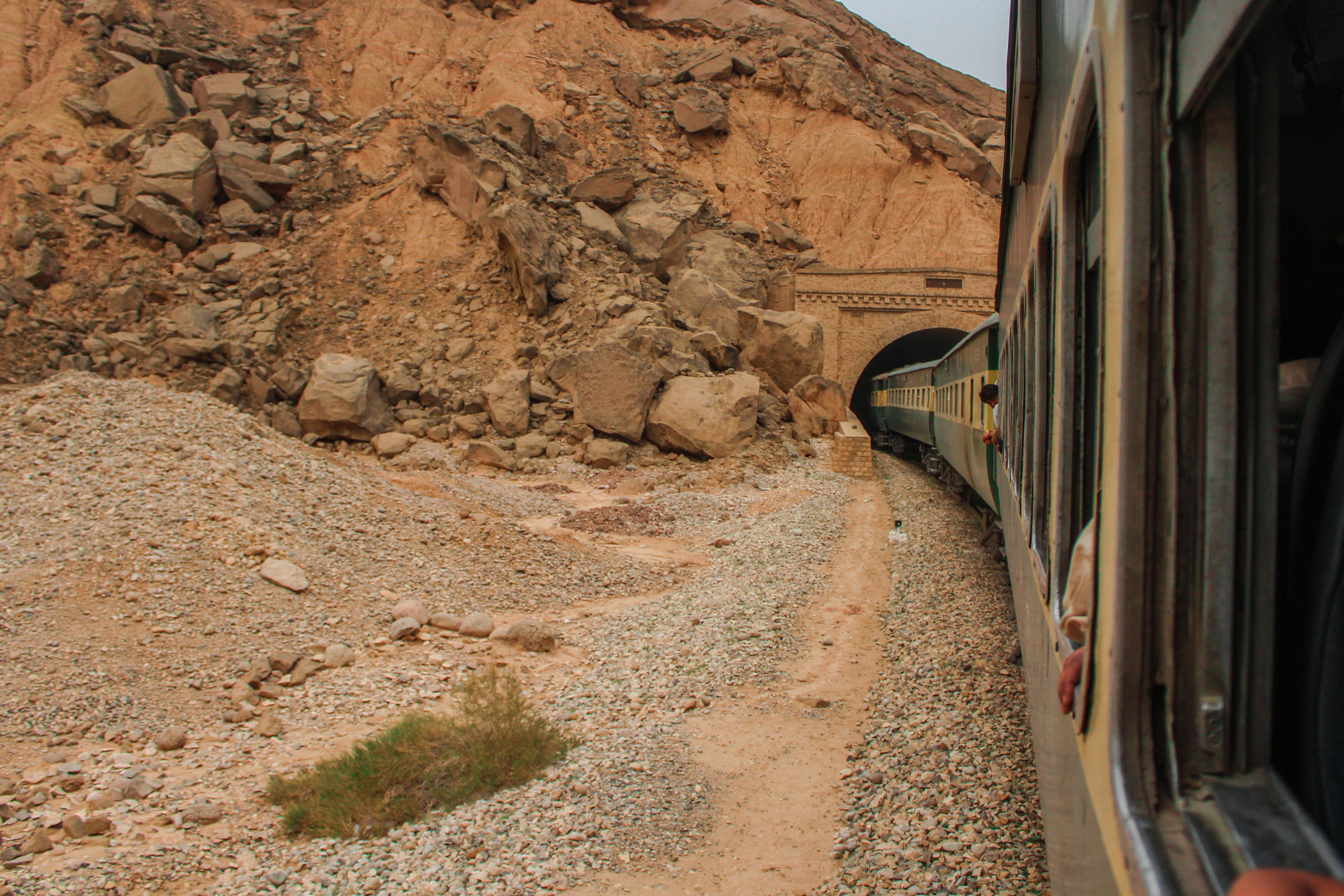 literature like
epics The Experimental Physics and Industrial Control System (EPICS) is a set of software tools and applications used to develop and implement Distributed control system, distributed control systems to operate devices such as Particle accelerator, parti ...
, dining rooms could also feature more "serious" themes. As in many houses in
Pompeii Pompeii (, ) was an ancient city located in what is now the ''comune The (; plural: ) is a of , roughly equivalent to a or . Importance and function The provides essential public services: of births and deaths, , and maintenan ...

, here the smaller dining room (''triclinium minus'') forms a suite with the adjoining '' cubiculum'' and bath. In later
republican Republican can refer to: Political ideology * An advocate of a republic, a type of government that is not a monarchy or dictatorship, and is usually associated with the rule of law. ** Republicanism, the ideology in support of republics or against ...
times, after the introduction of round tables of citrus wood, the three couches were replaced by one of crescent shape (called ''sigma'' from the form of the Greek letter), which as a rule was only intended to hold five persons. The two corner seats () were the places of honour, that on the right being considered superior. The remaining seats were reckoned from left to right, so that the least important seat was on the left side of the most important. The use of the ''sigma'' continued until the
Middle Ages In the history of Europe The history of Europe concerns itself with the discovery and collection, the study, organization and presentation and the interpretation of past events and affairs of the people of Europe since the beginning of ...
.

* Accubita * Cyzicene hall *
Domus In Ancient Rome In historiography Historiography is the study of the methods of historian ( 484– 425 BC) was a Greek historian who lived in the 5th century BC and one of the earliest historians whose work survives. A historian ...


Triclinium
(Plan of a Roman House by Barbara McManus)