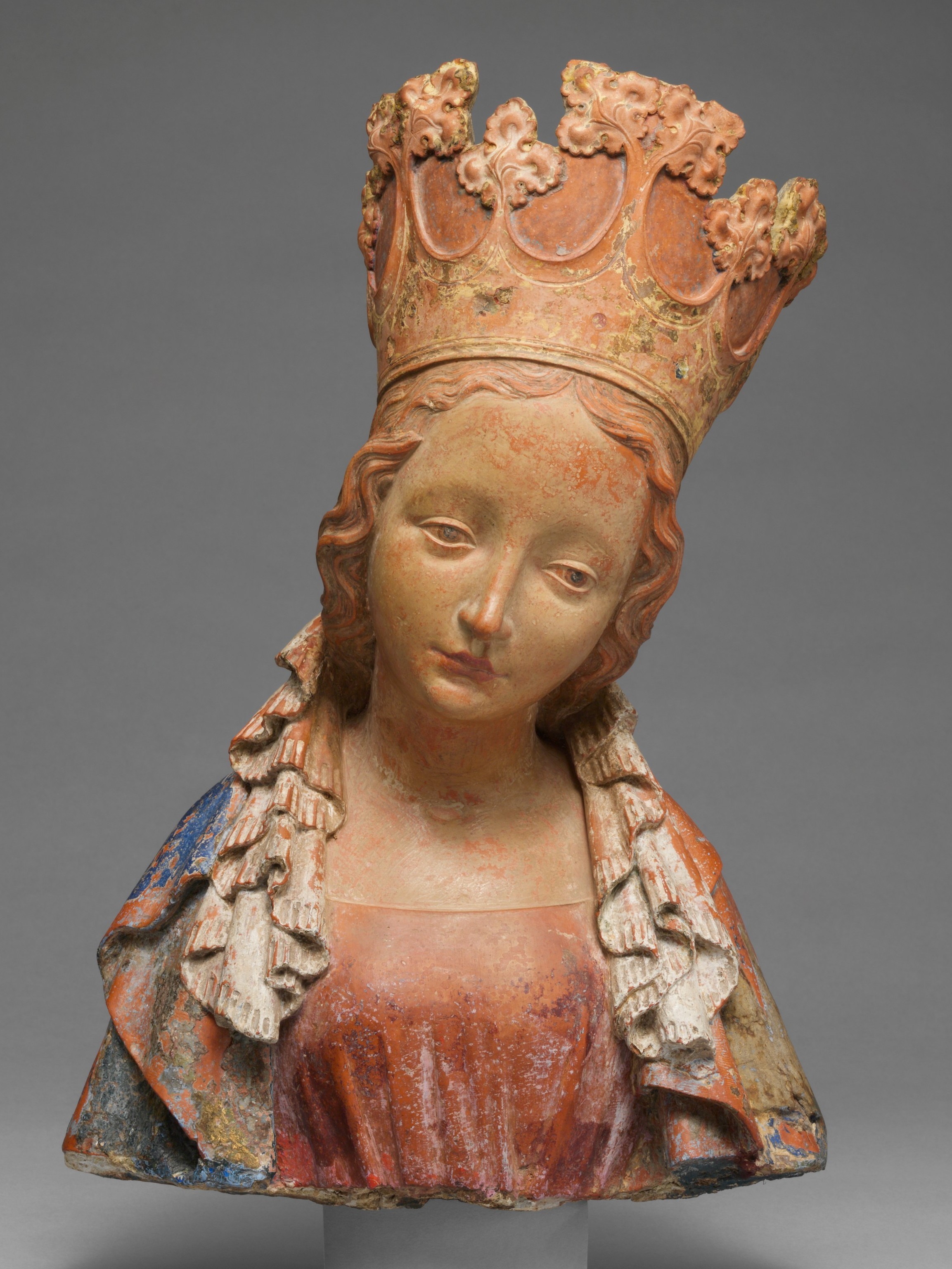 Terracotta, terra cotta, or terra-cotta (; Italian: "baked earth", from the Latin ''terra cocta''), a type of earthenware, is a
clay Clay is a type of fine-grained natural soil material containing clay minerals. Clays develop plasticity (physics), plasticity when wet, due to a molecular film of water surrounding the clay particles, but become hard, brittle and non–plastic ...

Terracotta is a very flexible material to sculpt. Pieces can be formed by both an "additive" technique, adding portions of clay to the growing pieces, or a "subtractive" one, carving into a solid lump with a knife or similar tool. Perhaps most common is a combination of these, building up the broad shape and then removing pieces, or adding more, to produce details. The most common method of production is to take an appropriate refined clay, then form it to the desired shape. Alternatively it may be made with one or more Molding (process), moulds. After drying, it is placed in a kiln or atop combustible material in a pit, and then pottery#Firing, fired. The typical firing temperature is around , though it may be as low as in historic and archaeological examples. The iron content, reacting with oxygen during firing, gives the fired body a reddish color, though the overall color varies widely across shades of yellow, orange, buff, red, "terracotta", pink, grey or brown. A final method is to carve fired bricks or other terracotta shapes. This is less common, but features for example in the Architecture of Bengal on Hindu temples and mosques.

Fired terracotta is not waterproof, watertight, but surface-burnishing the body before firing can decrease its porousness and a layer of glaze can make it watertight. It is suitable for use below ground to carry pressurized water (an archaic use), for garden pots or building decoration in many environments, and for oil containers, oil lamps, or ovens. Most other uses, such as for tableware, sanitary piping, or building decoration in freezing environments, require the material to be glazed. Terracotta, if uncracked, will ring if lightly struck. Painted (polychrome) terracotta is typically first covered with a thin coat of gesso, then painted. It has been very widely used but the paint is only suitable for indoor positions and is much less durable than fired colors in or under a ceramic glaze. Terracotta sculpture was very rarely left in its "raw" fired state Western world, in the West until the 18th century.

Terracotta female figurines were uncovered by archaeologists in excavations of Mohenjo-daro, Pakistan (3000–1500 BC). Along with phallus-shaped stones, these suggest some sort of fertility cult. The Burney Relief is an outstanding terracotta plaque from Ancient Mesopotamia of about 1950 BC. In Mesoamerica, the great majority of Olmec figurines were in terracotta. Many ushabti mortuary statuettes were also made of terracotta in Ancient Egypt. 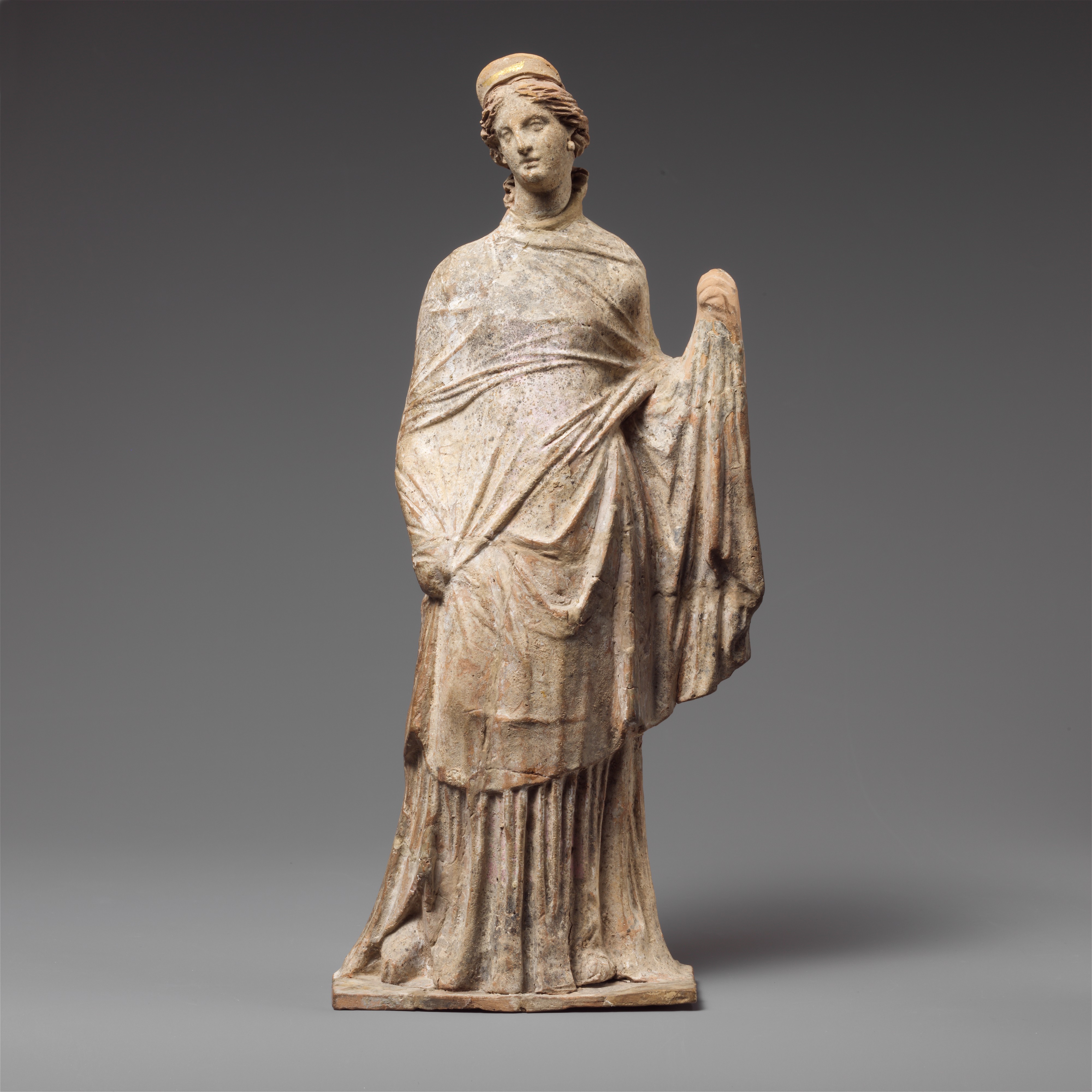 The Ancient Greeks' Tanagra figurines were mass-produced mold-cast and fired terracotta figurines, that seem to have been widely affordable in the Hellenistic period, and often purely decorative in function. They were part of a wide range of
Greek terracotta figurines criophorus (?), Boeotian terracotta figurine, ca. 450 BC, Louvre Terracotta figurines are a mode of artistic and religious expression frequently found in ancient Greece. These figurines abound and provide an invaluable testimony to the everyd ...
, which included larger and higher-quality works such as the Aphrodite Heyl; the Romans too made great numbers of small figurines, often religious. Etruscan art often used terracotta in preference to stone even for larger statues, such as the near life-size Apollo of Veii and the ''Sarcophagus of the Spouses''. Campana reliefs are Ancient Roman terracotta reliefs, originally mostly used to make friezes for the outside of buildings, as a cheaper substitute for stone. Indian sculpture made heavy use of terracotta from as early as the Indus Valley Civilization (with stone and metal sculpture being rather rare), and in more sophisticated areas had largely abandoned modeling for using molds by the 1st century BC. This allows relatively large figures, nearly up to life-size, to be made, especially in the Gupta period and the centuries immediately following it. Several vigorous local popular traditions of terracotta folk sculpture remain active today, such as the Bankura horses. Precolonial West African sculpture also made extensive use of terracotta. The regions most recognized for producing terracotta art in that part of the world include the Nok culture of central and north-central Nigeria, the Ife/Benin cultural axis in western and southern Nigeria (also noted for its exceptionally naturalistic sculpture), and the Igbo people, Igbo culture area of eastern Nigeria, which excelled in terracotta pottery. These related, but separate, traditions also gave birth to elaborate schools of bronze and brass sculpture in the area. Chinese sculpture made great use of terracotta, with and without glazing and color, from a very early date. The famous
Terracotta Army The Terracotta Army is a collection of terracotta Terracotta, terra cotta, or terra-cotta (; Italian language, Italian: "baked earth", from the Latin ''terra cocta''), a type of earthenware, is a clay-based ceramic glaze, unglazed or glazed c ...
of Emperor Qin Shi Huang, 209–210 BC, was somewhat untypical, and two thousand years ago reliefs were more common, in tombs and elsewhere. Later Buddhist figures were often made in painted and glazed terracotta, with the Yixian glazed pottery luohans, probably of 1150–1250, now in various Western museums, among the most prominent examples. Brick-built tombs from the Han dynasty were often finished on the interior wall with bricks decorated on one face; the techniques included molded reliefs. Later tombs contained many figures of protective spirits and animals and servants for the afterlife, including the famous horses of the T'ang dynasty; as an arbitrary matter of terminology these tend not to be referred to as terracottas. European medieval art made little use of terracotta sculpture, until the late 14th century, when it became used in advanced International Gothic workshops in parts of Germany. The Virgin illustrated at the start of the article from Bohemia is the unique example known from there. A few decades later, there was a revival in the Italian Renaissance, inspired by Archaeological excavation, excavated classical terracottas as well as the German examples, which gradually spread to the rest of Europe. In Florence Luca della Robbia (1399/1400–1482) was a sculptor who founded a family dynasty specializing in glazed and painted terracotta, especially large roundels which were used to decorate the exterior of churches and other buildings. These used the same techniques as contemporary maiolica and other tin-glazed pottery. Other sculptors included Pietro Torrigiano (1472–1528), who produced statues, and in England busts of the Tudor royal family. The unglazed busts of the Roman Emperors adorning Hampton Court Palace, by Giovanni da Maiano, 1521, were another example of Italian work in England. They were originally painted but this has now been lost from weathering.

In the 18th-century unglazed terracotta, which had long been used for preliminary clay models or maquettes that were then fired, became fashionable as a material for small sculptures including portrait busts. It was much easier to work than carved materials, and allowed a more spontaneous approach by the artist. Claude Michel (1738–1814), known as Clodion, was an influential pioneer in France. John Michael Rysbrack (1694–1770), a Flemish portrait sculptor working in England, sold his terracotta ''modelli'' for larger works in stone, and produced busts only in terracotta. In the next century the French sculptor Albert-Ernest Carrier-Belleuse made many terracotta pieces, but possibly the most famous is The Abduction of Hippodameia depicting the Greek mythological scene of a centaur kidnapping Hippodameia on her wedding day.

Terracotta tiles have a long history in many parts of the world. Many ancient and traditional roofing styles included more elaborate sculptural elements than the plain roof tiles, such as Chinese Imperial roof decoration and the antefix of western classical architecture. In India West Bengal made a speciality of terracotta temples, with the sculpted decoration from the same material as the main brick construction. In the 19th century the possibilities of terracotta decoration of buildings were again appreciated by architects, often using thicker pieces of terracotta, and surfaces that are not flat. The American architect Louis Sullivan is well known for his elaborate glazed architectural terra-cotta, glazed terracotta ornamentation, designs that would have been impossible to execute in any other medium. Terracotta and tile were used extensively in the town buildings of Victorian Birmingham, England. By about 1930 the widespread use of concrete and Modernist architecture largely ended the use of terracotta in architecture. Along with serving decorative purposes, terracotta tile is also a flooring construct. In fact, terracotta floors are found worldwide with some being several hundred years old. The quality of terracotta tiles are directly impacted by factors including 1) source of the clay (Mexica
Saltillo terracotta tile
is known as a most durable regional clay tile, 2) manufacturing methods (sun-baked vs kiln fired (more durable method), and 3) unsealed terracotta tile vs sealed terracotta tile (known to be most fortified).

As compared to bronze sculpture, terracotta uses a far simpler and quicker process for creating the finished work with much lower material costs. The easier task of modelling, typically with a limited range of knives and wooden shaping tools, but mainly using the fingers, allows the artist to take a more free and flexible approach. Small details that might be impractical to carve in stone, of hair or costume for example, can easily be accomplished in terracotta, and drapery can sometimes be made up of thin sheets of clay that make it much easier to achieve a realistic effect. Reusable mold-making techniques may be used for production of many identical pieces. Compared to marble sculpture and other stonework the finished product is far lighter and may be further painted and glazed to produce objects with color or durable simulations of metal patina. Robust durable works for outdoor use require greater thickness and so will be heavier, with more care needed in the drying of the unfinished piece to prevent cracking as the material shrinks. Structural considerations are similar to those required for stone sculpture; there is a limit on the stress that can be imposed on terracotta, and terracotta statues of unsupported standing figures are limited to well under life-size unless extra structural support is added. This is also because large figures are extremely difficult to fire, and surviving examples often show sagging or cracks. The Yixian glazed pottery luohans, Yixian figures were fired in several pieces, and have iron rods inside to hold the structure together.

In India, traditional terracotta sculptures, mainly religious, continue to be made. The demand for this craft is seasonal, mostly when new pottery and votive idols are required during harvest festival. During the rest of the year, the craftsmen take to agriculture or some other means of income. The designs have become redundant when the same kind of relief and same techniques are used for the different subjects. The subjects and the uses are suggested by the client. This craft requires a strong understanding of composition and subject matter as well as a skill to be able to give each plaque its distinct character with patience.