''Taxus'' is a genus of coniferous trees or shrubs known as yews in the family Taxaceae. They are relatively slow-growing and can be very long-lived, and reach heights of , with trunk girth averaging . They have reddish bark, lanceolate, flat, dark-green leaves long and broad, arranged spirally on the stem, but with the leaf bases twisted to align the leaves in two flat rows either side of the stem. The oldest known fossil species are from the Early Cretaceous. 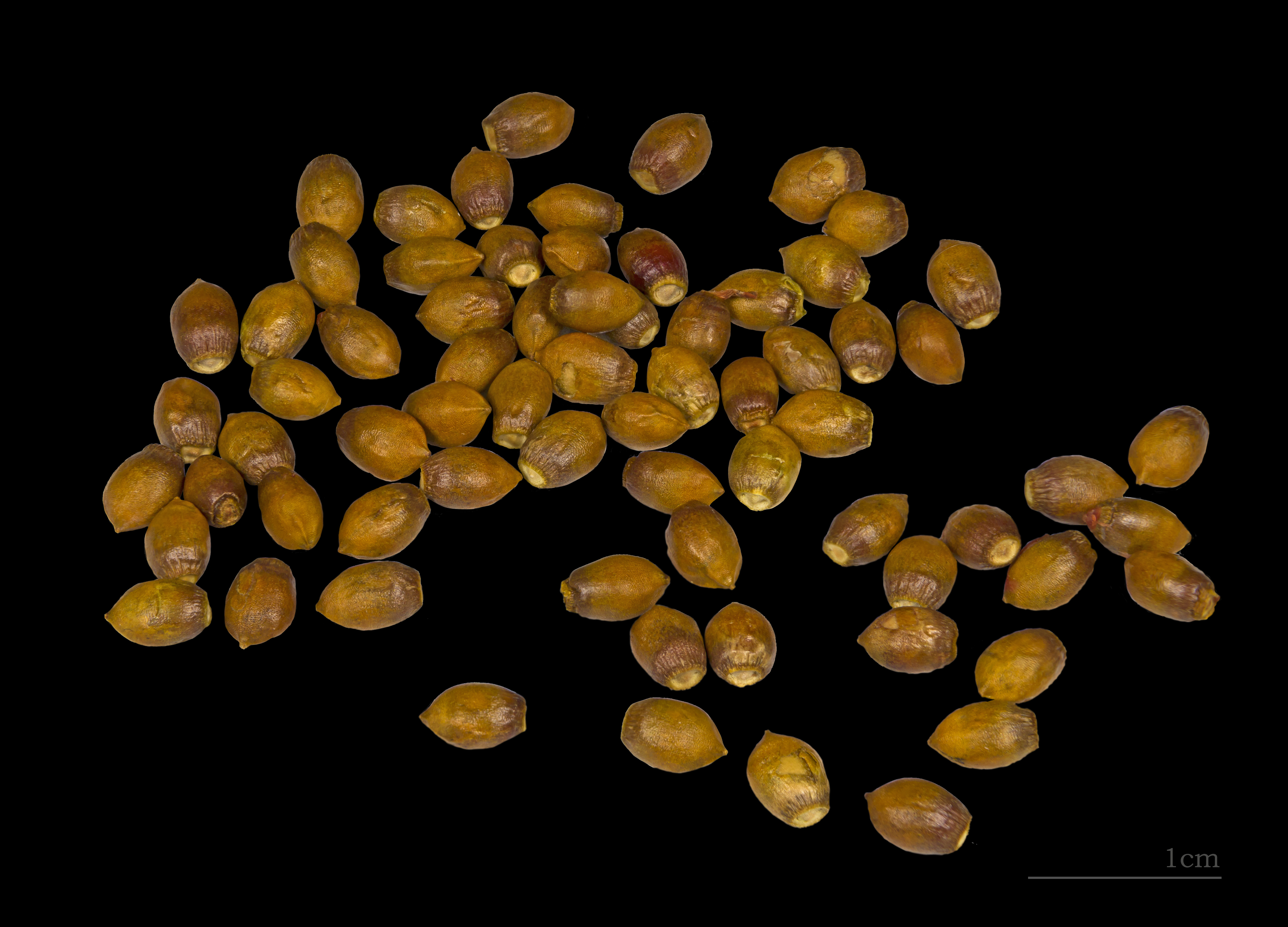 The seed cones are highly modified, each cone containing a single seed long partly surrounded by a modified scale which develops into a soft, bright red berry-like structure called an aril, long and wide and open at the end. The arils are mature 6–9 months after pollination, and with the seed contained are eaten by thrushes, waxwings and other birds, which disperse the hard seeds undamaged in their droppings; maturation of the arils is spread over 2–3 months, increasing the chances of successful seed dispersal. The male cones are globose, across, and shed their pollen in early spring. Yews are mostly dioecious, but occasional individuals can be variably monoecious, or change sex with time. All of the yews are very closely related to each other, and some botanists treat them all as subspecies or varieties of just one widespread species; under this treatment, the species name used is ''Taxus baccata'', the first yew described scientifically. Other sources, however, recognize 9 species, for example th
Plant List 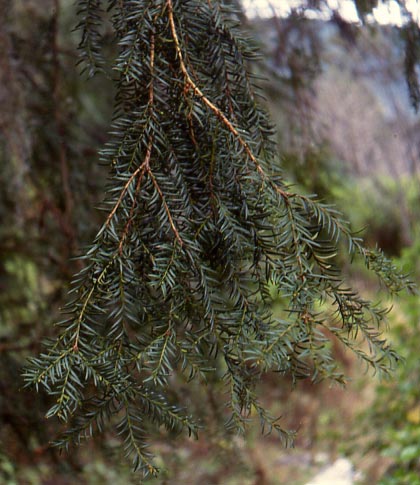 The most distinct is the Sumatran yew (''T. sumatrana'', native to Sumatra and Celebes north to southernmost China), distinguished by its sparse, sickle-shaped yellow-green leaves. The Mexican yew (''T. globosa'', native to eastern Mexico south to Honduras) is also relatively distinct with foliage intermediate between Sumatran yew and the other species. The Florida yew, Mexican yew and Pacific yew are all rare species listed as threatened or endangered. All species of yew contain highly poisonous taxine alkaloids, with some variation in the exact formula of the alkaloid between the species. All parts of the tree except the arils contain the alkaloid. The arils are edible and sweet, but the seed is dangerously poisonous; unlike birds, the human stomach can break down the seed coat and release the taxanes into the body. This can have fatal results if yew 'berries' are eaten without removing the seeds first. Grazing animals, particularly cattle and horses, are also sometimes found dead near yew trees after eating the leaves, though deer are able to break down the poisons and will eat yew foliage freely. In the wild, deer browsing of yews is often so extensive that wild yew trees are commonly restricted to cliffs and other steep slopes inaccessible to deer. The foliage is also eaten by the larvae of some Lepidopteran insects including the moth willow beauty.

All parts of a yew plant are toxic to humans with the exception of the yew berries (however, their seeds are toxic); additionally, male and dioecious yews in this genus release cytotoxic pollen, which can cause headaches, lethargy, aching joints, itching, and skin rashes; it is also a trigger for asthma. These pollen granules are extremely small, and can easily pass through window screens. Male yews bloom and release abundant amounts of pollen in the spring; completely female yews only trap pollen while producing none. Yews in this genus are primarily separate-sexed, and males are extremely allergenic, with an OPALS allergy scale rating of 10 out of 10. Completely female yews have an OPALS rating of 1, and are considered "allergy-fighting". 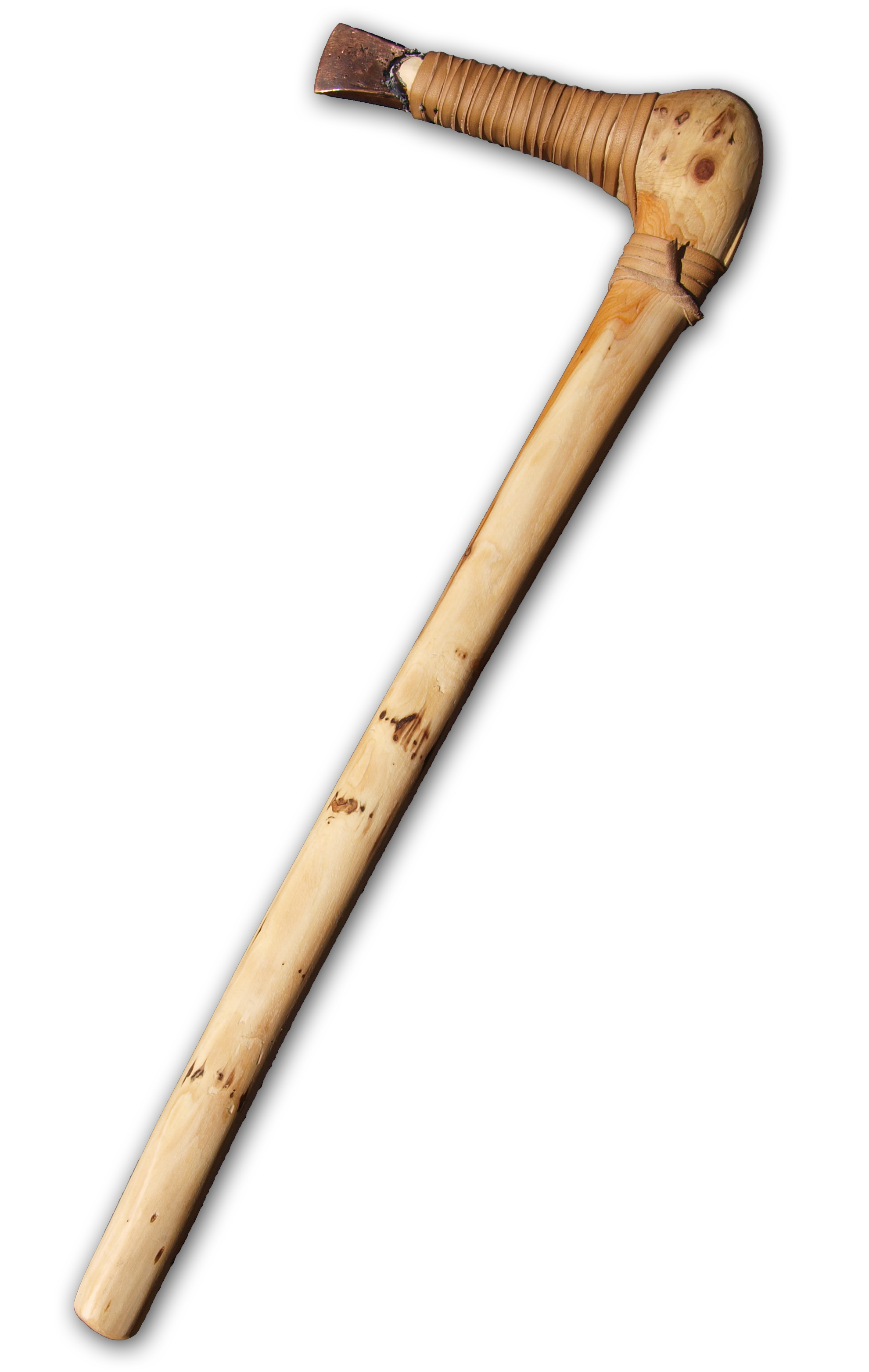 Yew wood is reddish brown (with whiter sapwood), and is very springy. It was traditionally used to make bows, especially the longbow. Latin taxus "yew tree," is probably borrowed, via Greek, from ''Taxša'', the Scythian word for yew (and bow) (cognate of Persian تخش ''Taxš'', meaning bow). British yews tend to be too gnarly, and thus the wood for English longbows used at the Battle of Agincourt was imported from Spain or northern Italy. Ötzi, the Chalcolithic mummy found in 1991 in the Italian Alps, carried an unfinished bow made of yew wood. Consequently, it is not surprising that in Norse mythology, the abode of the god of the bow, Ullr, had the name Ydalir (Yew Dales). Most longbow wood used in northern Europe was imported from Iberia, where climatic conditions are better for growing the knot-free yew wood required. The yew longbow was the critical weapon used by the English in the defeat of the French cavalry at the Battle of Agincourt, 1415.

It is suggested that English parishes were required to grow yews and, because of the trees' toxic properties, they were grown in the only commonly enclosed area of a village – the churchyard. The yew tree can often be found in church graveyards and is symbolic of sadness. Such a representation appears in Lord Alfred Tennyson's poem "In Memoriam A.H.H." (2.61–64). The yew can be very long-lived. The Fortingall Yew has been considered to be the oldest tree in Europe, at something over 2,000 years old. Tradition has it that Pontius Pilate slept under it while on duty before 30 AD. This has been topped by a tree in the churchyard of a small Welsh village called St Cynog. It has been dated to 5,000 years old by dendrologist Janis Fry. Such old trees usually consist of a circular ring of growths of yew, since their heart has long since rotted away. The Eihwaz rune is named after the yew, and sometimes also associated with the "evergreen" world tree, Yggdrasil. 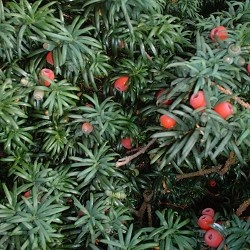 Yews are widely used in landscaping and ornamental horticulture. Over 400 cultivars of yews have been named, the vast majority of these being derived from European yew (''Taxus baccata'') or Japanese yew (''Taxus cuspidata''). The hybrid between these two species is ''Taxus'' × ''media''. A popular fastigiate selection of the European yew (''Taxus baccata'' 'Fastigiata') is often called the Irish yew, illustrating the difficulties with common names. A few cultivars with yellow leaves are collectively are known as golden yews.

The Pacific yew (''Taxus brevifolia''), native to the Pacific Northwest of North America, and the Canada yew (''Taxus canadensis'') were the initial sources of paclitaxel or Taxol, a chemotherapeutic drug used in breast and lung cancer treatment and, more recently, in the production of the Taxus drug eluting stent by Boston Scientific. Over-harvesting of the Pacific yew for paclitaxel led to fears that it would become an endangered species, since the drug was extracted from the bark of the yew, the harvesting of which kills the tree in the process. However, methods were developed to produce the drug semi-synthetically from cultivated yews, without the need to further endanger the wild populations, and the Pacific yew is no longer at risk. The more common Canada yew is also being successfully harvested in northern Ontario, Quebec and New Brunswick, and has become another major source of paclitaxel. Other yew species contain similar compounds with similar biochemical activity. Docetaxel, an analogue of paclitaxel, is derived from the European yew (''Taxus baccata''). 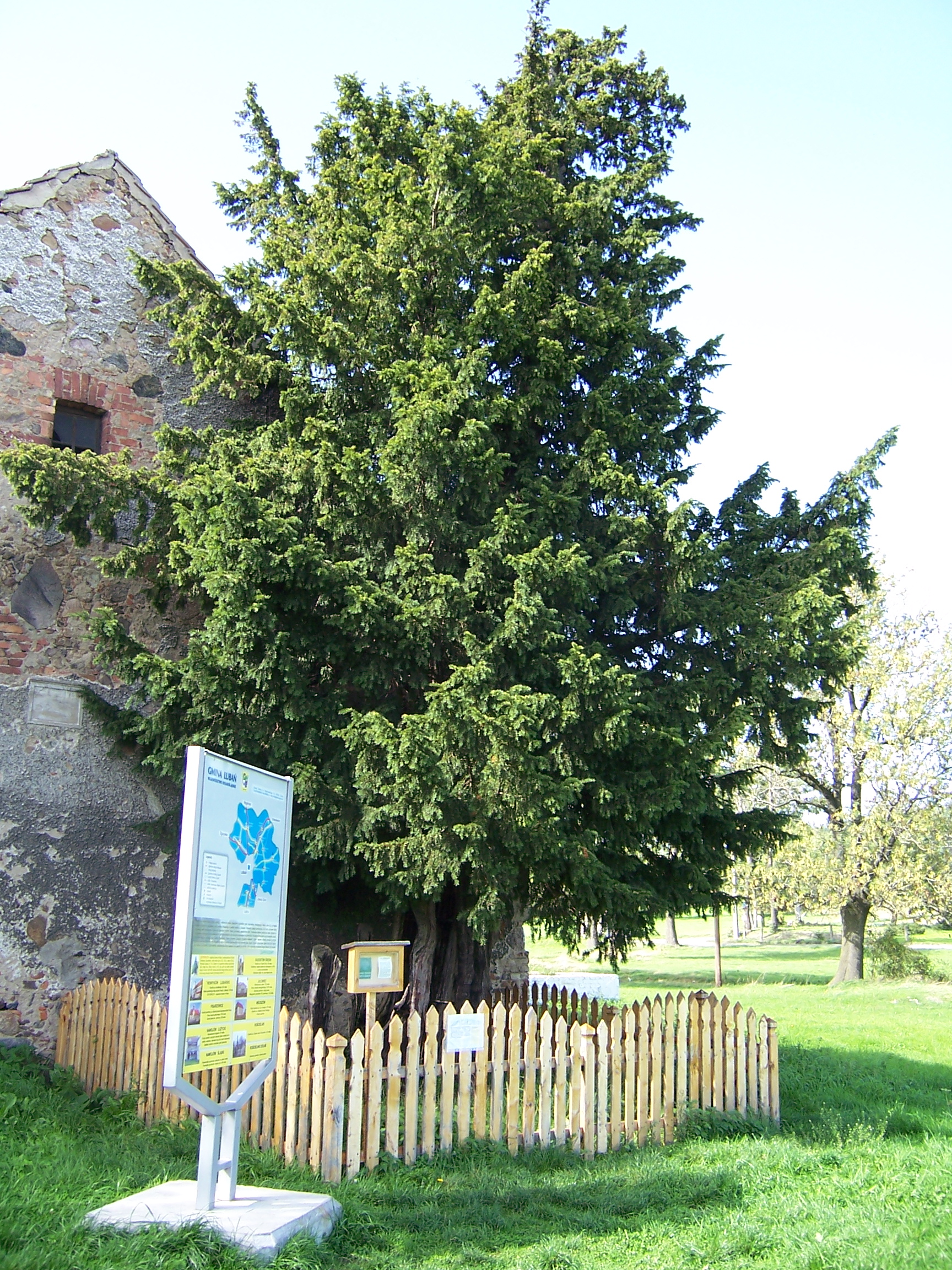 On January 18, 2008, the Botanic Gardens Conservation International (representing botanic gardens in 120 countries) stated that "400 medicinal plants are at risk of extinction, from over-collection and deforestation, threatening the discovery of future cures for disease." These included yew trees, whose bark is used for the cancer drug paclitaxel.

The yew tree is a frequent symbol in the Christian poetry of T. S. Eliot, especially his ''Four Quartets''.