The feldspar component of syenite is predominantly alkaline in character (usually orthoclase). Plagioclase feldspars may be present in small proportions, less than 10%. Such feldspars often are interleaved as perthitic components of the rock. When ferromagnesian minerals are present in syenite at all, they usually occur in the form of hornblende, amphibole and clinopyroxene. Biotite is rare, because in a syenite magma the formation of feldspar consumes nearly all the aluminium, however less Al rich phyllosilicates may be included such as annite. Other common accessory minerals are apatite, titanite, zircon and opaques. Most syenites are either peralkaline with high proportions of alkali elements relative to aluminum, or peraluminous with a higher concentration of aluminum relative to alkali and earth-alkali elements (predominantly K, Na, Ca).

Syenites are products of alkaline igneous activity, generally formed in thick continental crustal areas, or in Cordilleran subduction zones. To produce a syenite, it is necessary to melt a granitic or igneous protolith to a fairly low degree of partial melting. This is required because potassium is an incompatible element and tends to enter a melt first, whereas higher degrees of partial melting will liberate more calcium and sodium, which produce plagioclase, and hence a granite, adamellite or tonalite. At very low degrees of partial melting a silica undersaturated melt is produced, forming a nepheline syenite, where orthoclase is replaced by a feldspathoid such as leucite, nepheline or analcime. Conversely in certain conditions, large volumes of anorthite crystals may precipitate from thoroughly molten magma in a cumulate process as it cools. This leaves a drastically reduced concentration of silica in the remainder of the melt. The segregation of the silica from the melt leaves it in a state that may favour syenite formation. 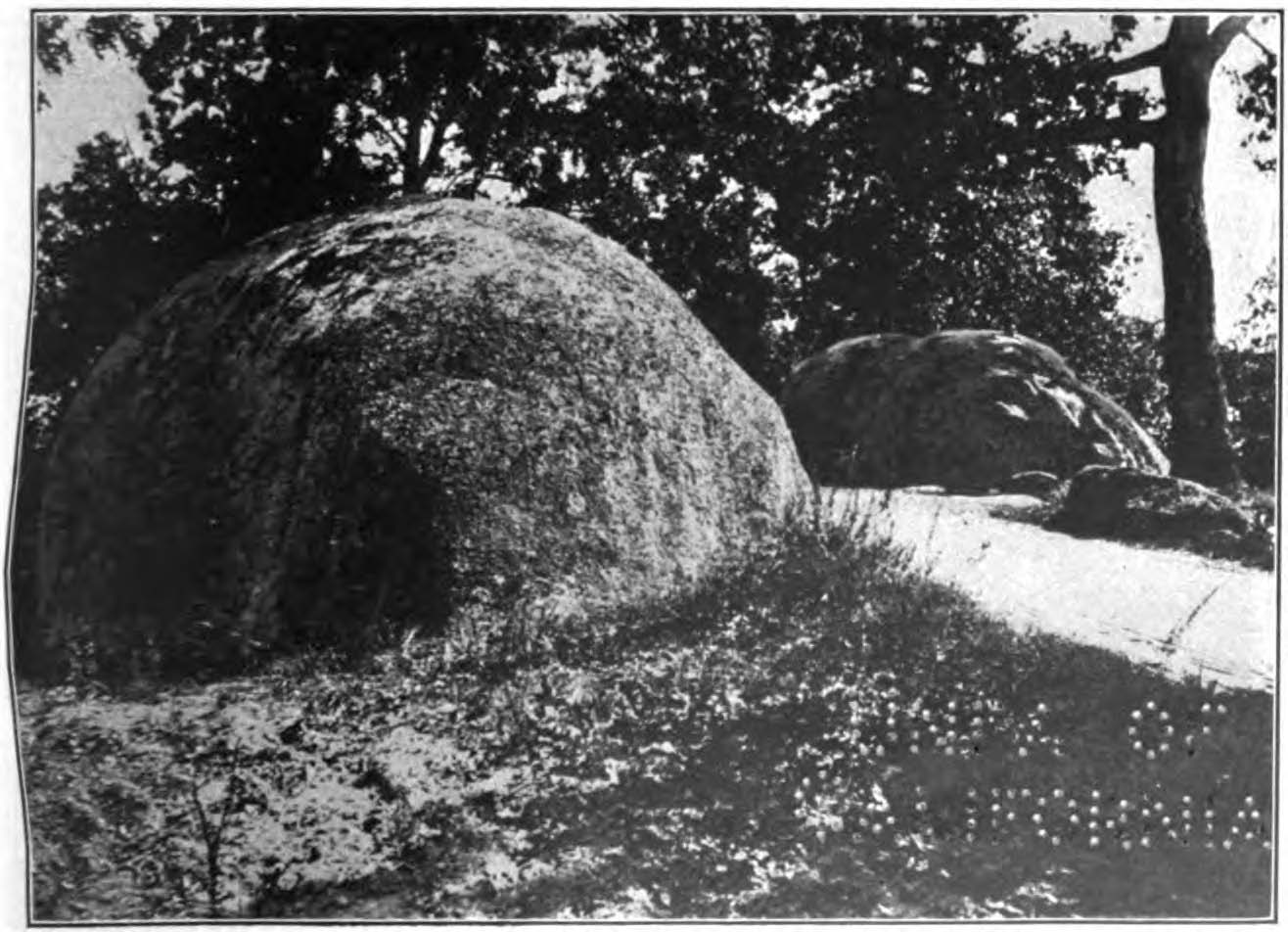 Syenite is not a common rock. Regions where it occurs in significant quantities include the following. *In the Kola Peninsula of Russia two giant nepheline syenite bodies exists making up the Lovozero Massif and the Khibiny Mountains. These syenites are part of the Kola Alkaline Province. * In North America syenite occurs in Arkansas and Montana. Regions in New England have sizable amounts, and in New York syenite gneisses occur. The "great syenite dyke" extends from Hanging Rock, South Carolina through Taxahaw, South Carolina to the Brewer and Edgeworth mine in Chesterfield, South Carolina. Syenite pebbles, containing fluorescent sodalite, were moved from Canada to Michigan by glaciers; these glacial erratic pebbles have been given the trade name "yooperlite". In other parts of the world, these types of rocks are known as sodalite-syenite and occur in Canada, India, other US states, Greenland, Malawi, and Russia. * In Europe syenite may be found in parts of Switzerland, Germany, Norway, Portugal, Sweden, in Plovdiv, Bulgaria and in Ditrău, Romania. *In Africa there are syenite formations in Aswan, Egypt, and in Malawi in the Mulanje Mountain Forest Reserve. Syenite rock was used to make the Quay with Sphinxes. *In Australia syenite occurs as small intrusive bodies in nearly every state. In New South Wales, a large syenite intruded during the breakup of Gondwana in the Cretaceous. *Instead of the usual rock syenite, some of the more important events in New England, Arkansas, Montana, New York (syenite gneisses), Switzerland, Germany, Norway, Plovdiv, Bulgaria, Malawi (Mulanje Mountain Forest Reserve) and Romania (Ditrău). The Malvern Hills, which is on the border between the counties of Herefordshire and Worcestershire United Kingdom are also formed of syenite. *Paatusoq and Kangerluluk fjords in southeastern Greenland, where a bay within the latter ''(Syenitbugt)'' and a headland ''(Syenitnæs)'' are named after the rock.

The term syenite was originally applied to hornblende granite like that of Syene (now Aswan) in Egypt, from which the name is derived.

''Episyenite'' (or ''epi-syenite'') is a term used in petrology to describe the depletion of silicon dioxide (SiO2) in rock rich in silicon dioxide. A process that results in depletion often is termed ''episyenitization''. The term refers only to the macroscopic effect of relative depletion in a rock; it does not imply anything about the nature of the physical processes leading to the depletion in any particular case. Many different metamorphic processes can lead to episyenitization. For example: * chemical components in a stagnant melt can diffuse under the influence of chemical potential gradients that cause their segregation from low- SiO2 components when the melt begins to solidify * a SiO2-undersaturated fluid may dissolve quartz from rock and remove it by advection, thus leaving the parent rock depleted of silica. * a marginally molten rock mass may retain its unmolten silica-rich components, while the molten, silica-depleted fluid cools to form a syenite. * on beginning to cool, a fully molten silica-rich melt might precipitate its silica-containing components, leaving the silica-depleted melt to form a syenite afterwards.