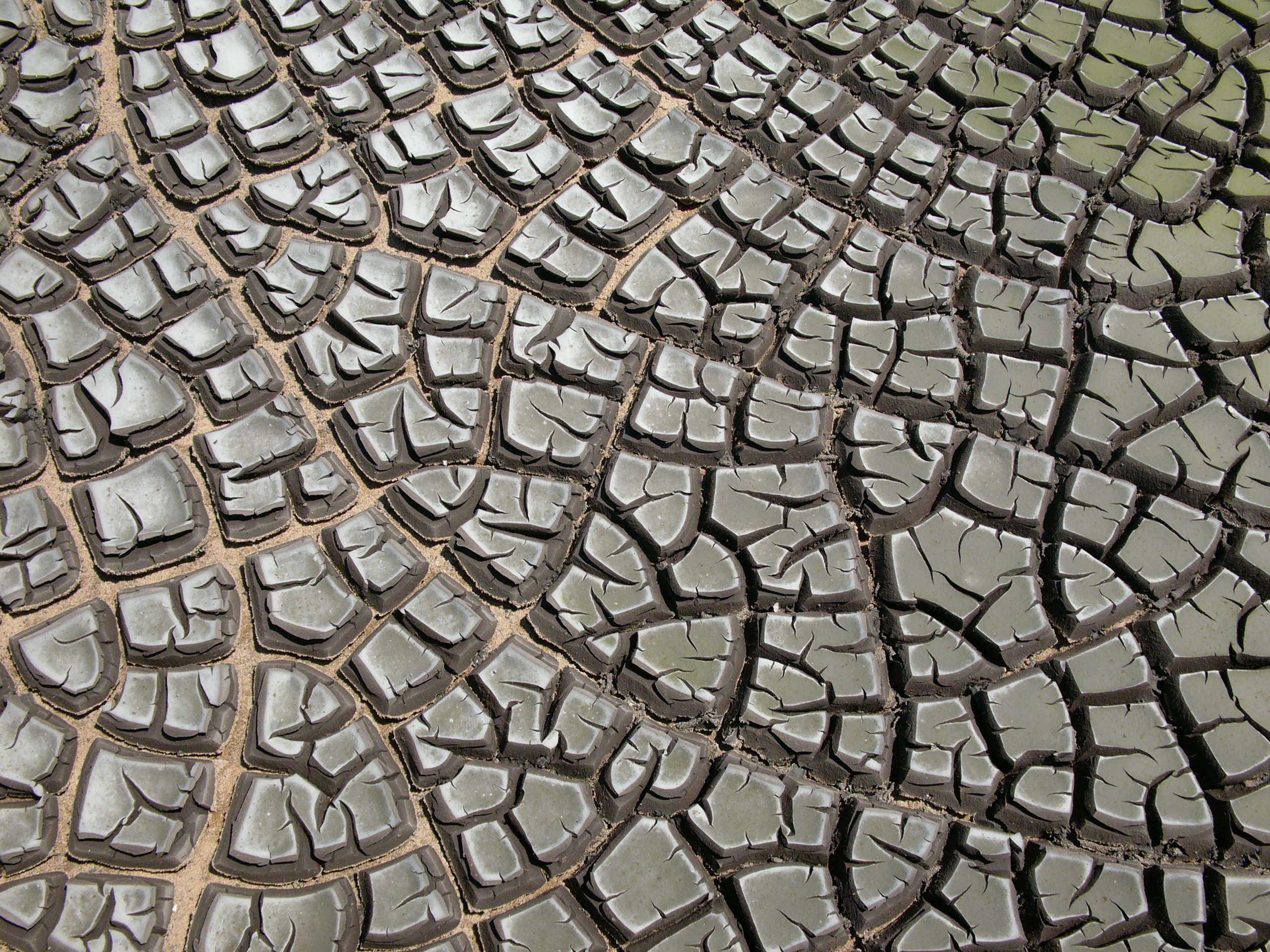 Sewage sludge is the residual, semi-solid material that is produced as a by-product during sewage treatment of industrial or municipal wastewater. The term "septage" also refers to sludge from simple wastewater treatment but is connected to simple on-site sanitation systems, such as septic tanks. When fresh sewage or wastewater enters a primary settling tank, approximately 50% of the suspended solid matter will settle out in an hour and a half. This collection of solids is known as raw sludge or primary solids and is said to be "fresh" before anaerobic processes become active. The sludge will become putrescent in a short time once anaerobic bacteria take over, and must be removed from the sedimentation tank before this happens. This is accomplished in one of two ways. Most commonly, the fresh sludge is continuously extracted from the bottom of a hopper-shaped tank by mechanical scrapers and passed to separate sludge-digestion tanks. In some treatment plants an Imhoff tank is used: sludge settles through a slot into the lower story or digestion chamber, where it is decomposed by anaerobic bacteria, resulting in liquefaction and reduced volume of the sludge. The secondary treatment process also generates a sludge largely composed of bacteria and protozoa with entrained fine solids, and this is removed by settlement in secondary settlement tanks. Both sludge streams are typically combined and are processed by anaerobic or aerobic treatment process at either elevated or ambient temperatures. After digesting for an extended period, the result is called "digested" sludge and may be disposed of by drying and then landfilling. "Biosolids" is a term often used in conjunction with reuse of sewage solids after sewage sludge treatment. Biosolids can be defined as organic wastewater solids that can be reused after stabilization processes such as anaerobic digestion and composting. Opponents of sewage sludge reuse reject this term as a public relations term.

The amount of sewage sludge produced is proportional to the amount and concentration of wastewater treated, and it also depends on the type of wastewater treatment process used. It can be expressed as kg dry solids per cubic metre of wastewater treated. The total sludge production from a wastewater treatment process is the sum of sludge from primary settling tanks (if they are part of the process configuration) plus excess sludge from the biological treatment step. For example, primary sedimentation produces about 110–170 kg/ML of so-called primary sludge, with a value of 150 kg/ML regarded as being typical for municipal wastewater in the U.S. or Europe. The sludge production is expressed as kg of dry solids produced per ML of wastewater treated; one mega litre (ML) is 103 m3. Of the biological treatment processes, the activated sludge process produces about 70–100 kg/ML of waste activated sludge, and a trickling filter process produces slightly less sludge from the biological part of the process: 60–100 kg/ML. This means that the total sludge production of an activated sludge process that uses primary sedimentation tanks is in the range of 180–270 kg/ML, being the sum of primary sludge and waste activated sludge. United States municipal wastewater treatment plants in 1997 produced about 7.7 million dry tons of sewage sludge, and about 6.8 million dry tons in 1998 according to EPA estimates. As of 2004, about 60% of all sewage sludge was applied to land as a soil amendment and fertilizer for growing crops. In a review article published in 2012, it was reported that a total amount of 10.1 million tn DS/year were produced in EU-27 countries. Production of sewage sludge can be reduced by conversion from flush toilets to dry toilets such as urine-diverting dry toilets and composting toilets.

Bacteria in Class A sludge products can actually regrow under certain environmental conditions. Pathogens could easily remain undetected in untreated sewage sludge. Pathogens are not a significant health issue if sewage sludge is properly treated and site-specific management practices are followed.

Micro-pollutants are compounds which are normally found at concentrations up to microgram per liter and milligram per kilogram in the aquatic and terrestrial environment, respectively, and they are considered to be potential threats to environmental ecosystems. They can become concentrated in sewage sludge. Each of these disposal options comes with myriad potential — and in some cases proven — human health and environment impacts. Several organic micro-pollutants such as endocrine disrupting compounds, pharmaceuticals and per-fluorinated compounds have been detected in sewage sludge samples around the world at concentrations ranging up to some hundreds mg/Kg of dried sludge. Sterols and other hormones have also been detected.

One of the main concerns in the treated sludge is the concentrated metals content (lead, arsenic, cadmium, thallium, etc.); certain metals are regulated while others are not. Leaching methods can be used to reduce the metal content and meet the regulatory limit. In 2009 the EPA released the Targeted National Sewage Sludge Study, which reports on the level of metals, chemicals, hormones, and other materials present in a statistical sample of sewage sludges. Some highlights include: * Lead, arsenic, chromium, and cadmium are estimated by the EPA to be present in detectable quantities in 100% of national sewage sludges in the US, while thallium is only estimated to be present in 94.1% of sludges. * Silver is present to the degree of 20 mg/kg of sludge, on average, while some sludges have up to 200 milligrams of silver per kilogram of sludge; one outlier demonstrated a silver lode of 800–900 mg per kg of sludge. * Barium is present at the rate of 500 mg/kg, while manganese is present at the rate of 1 g/kg sludge.

Sewage treatment plants receive various forms of hazardous waste from hospitals, nursing homes, industry and households. Low levels of constituents such as PCBs, dioxin, and brominated flame retardants, may remain in treated sludge. There are potentially thousands other components of sludge that remain untested/undetected disposed of from modern society that also end up in sludge (pharmaceuticals, nano particles, etc.) which have been proven to be hazardous to both human and ecological health. In 2013 in South Carolina PCBs were discovered in very high levels in wastewater sludge. The problem was not discovered until thousands of acres of farm land in South Carolina were contaminated by this hazardous material. SCDHEC issued emergency regulatory order banning all PCB laden sewage sludge from being land applied on farm fields or deposited into landfills in South Carolina. Also in 2013, after DHEC request, the city of Charlotte decided to stop land applying sewage sludge in South Carolina while authorities investigated the source of PCB contamination. In February 2014, the city of Charlotte admitted PCBs have entered their sewage treatment centers as well. Contaminants of concern in sewage sludge are plasticizers, PDBEs, and others generated by human activities, including personal care products and medicines. Synthetic fibers from fabrics persist in treated sewage sludge as well as in biosolids-treated soils and may thus serve as an indicator of past biosolids application.

The term "pollutant" is defined as part of the EPA 503 rule. The components of sludge have pollutant limits defined by the EPA. "A Pollutant is an organic substance, an inorganic substance, a combination of organic and inorganic substances, or a pathogenic organism that, after discharge and upon exposure, ingestion, inhalation, or assimilation into an organism either directly from the environment or indirectly by ingestion through the food chain, could, on the basis of information available to the Administrator of EPA, cause death, disease, behavioral abnormalities, cancer, genetic mutations, physiological malfunctions (including malfunction in reproduction), or physical deformations in either organisms or offspring of the organisms." The maximum component pollutant limits by the US EPA are:

Sewage sludge treatment is the process of removing contaminants from wastewater. Sewage sludge is produced from the treatment of wastewater in sewage treatment plants and consists of two basic forms — raw primary sludge and secondary sludge, also known as activated sludge in the case of the activated sludge process. Sewage sludge is usually treated by one or several of the following treatment steps: lime stabilization, thickening, dewatering, drying, anaerobic digestion or composting. Some treatment processes, such as composting and alkaline stabilization, that involve significant amendments may affect contaminant strength and concentration: depending on the process and the contaminant in question, treatment may decrease or in some cases increase the bioavailability and/or solubility of contaminants. Regarding sludge stabilization processes, anaerobic and aerobic digestion seem to be the most common used methods in EU-27.