In sociology, rationalization (or rationalisation) is the replacement of traditions, values, and emotions as motivators for behavior in society with concepts based on rationality and reason. For example, the implementation of bureaucracies in government is a kind of rationalization, as is the construction of high-efficiency living spaces in architecture and urban planning. A potential reason as to why rationalization of a culture may take place in the modern era is the process of globalization. Countries are becoming increasingly interlinked, and with the rise of technology, it is easier for countries to influence each other through social networking, the media and politics. An example of rationalization in place would be the case of witch doctors in certain parts of Africa. Whilst many locals view them as an important part of their culture and traditions, development initiatives and aid workers have tried to rationalize the practice in order to educate the local people in modern medicine and practice (Giddens, 2013). Many sociologists, critical theorists and contemporary philosophers have argued that rationalization, falsely assumed as progress, has had a negative and dehumanizing effect on society, moving modernity away from the central tenets of Enlightenment. The founders of sociology had critical reaction to rationalization:

Rationalization formed a central concept in the foundation of classical sociology, particularly with respect to the emphasis the discipline placed – by contrast with anthropology – on the nature of modern Western societies. The term was presented by the profoundly influential German antipositivist Max Weber, though its themes bear parallel with the critiques of modernity set forth by a number of scholars. A rejection of dialectism and sociocultural evolution informs the concept. Weber demonstrated rationalization in ''The Protestant Ethic and the Spirit of Capitalism'', in which the aims of certain Protestant Theologies, particularly Calvinism, are shown to have shifted towards rational means of economic gain as a way of dealing with their 'salvation anxiety'. The rational consequences of this doctrine, he argued, soon grew incompatible with its religious roots, and so the latter were eventually discarded. Weber continues his investigation into this matter in later works, notably in his studies on bureaucracy and on the classifications of authority. In these works he alludes to an inevitable move towards rationalization. Weber believed that a move towards rational-legal authority was inevitable. In charismatic authority, the death of a leader effectively ends the power of that authority, and only through a rationalized and bureaucratic base can this authority be passed on. Traditional authorities in rationalized societies also tend to develop a rational-legal base to better ensure a stable accession. (See also: Tripartite classification of authority) Whereas in traditional societies such as feudalism governing is managed under the traditional leadership of, for example, a queen or tribal chief, modern societies operate under rational-legal systems. For example, democratic systems attempt to remedy qualitative concerns (such as racial discrimination) with rationalized, quantitative means (for example, civil rights legislation). Weber described the eventual effects of rationalization in his ''Economy and Society'' as leading to a "polar night of icy darkness", in which increasing rationalization of human life traps individuals in an "iron cage" (or "steel-hard casing") of rule-based, rational control. Jürgen Habermas has argued that understanding rationalization properly requires going beyond Weber's notion of rationalization. It requires distinguishing between ''instrumental rationality'', which involves calculation and efficiency (in other words, reducing all relationships to those of means and ends), and ''communicative rationality'', which involves expanding the scope of mutual understanding in communication, the ability to expand this understanding through reflective discourse about communication, and making social and political life subject to this expanded understanding.

The Holocaust, modernity and ambivalence

For Zygmunt Bauman, rationalization as a manifestation of modernity may be closely associated with the events of the Holocaust. In ''Modernity and Ambivalence'', Bauman attempted to give an account of the different approaches modern society adopts toward the stranger. He argued that, on the one hand, in a consumer-oriented economy the strange and the unfamiliar is always enticing; in different styles of food, different fashions and in tourism it is possible to experience the allure of what is unfamiliar. Yet this strange-ness also has a more negative side. The stranger, because he cannot be controlled and ordered, is always the object of fear; he is the potential mugger, the person outside of society's borders who is constantly threatening. Bauman's most famous book, ''Modernity and the Holocaust'', is an attempt to give a full account of the dangers of these kinds of fears. Drawing upon Hannah Arendt and Theodor Adorno's books on totalitarianism and the Enlightenment, Bauman argues that the Holocaust should not simply be considered to be an event in Jewish history, nor a regression to pre-modern barbarism. Rather, he says, the Holocaust should be seen as deeply connected to modernity and its order-making efforts. Procedural rationality, the division of labour into smaller and smaller tasks, the taxonomic categorization of different species, and the tendency to view rule-following as morally good all played their role in the Holocaust coming to pass. For this reason, Bauman argues that modern societies have not fully taken on board the lessons of the Holocaust; it is generally viewed – to use Bauman's metaphor – like a picture hanging on a wall, offering few lessons. In Bauman's analysis, the Jews became 'strangers' ''par excellence'' in Europe; the Final Solution was pictured by him as an extreme example of the attempts made by societies to excise the uncomfortable and indeterminate elements existing within them. Bauman, like the philosopher Giorgio Agamben, contended that the same processes of exclusion that were at work in the Holocaust could, and to an extent do, still come into play today.

Adorno and Horkheimer's definition of "enlightenment"

In their analysis of contemporary western society, ''Dialectic of Enlightenment'' (1944, revised 1947), Theodor Adorno and Max Horkheimer developed a wide and pessimistic concept of enlightenment. In their analysis, enlightenment had its dark side: while trying to abolish superstition and myths by 'foundationalist' philosophy, it ignored its own 'mythical' basis. Its strivings towards totality and certainty led to an increasing instrumentalization of reason. In their view, the enlightenment itself should be enlightened and not posed as a 'myth-free' view of the world. For Marxist philosophy in general, rationalization is closely associated with the concept of "commodity fetishism", for the reason that not only are products designed to fulfill certain tasks, but employees are hired to fulfill specific tasks as well. 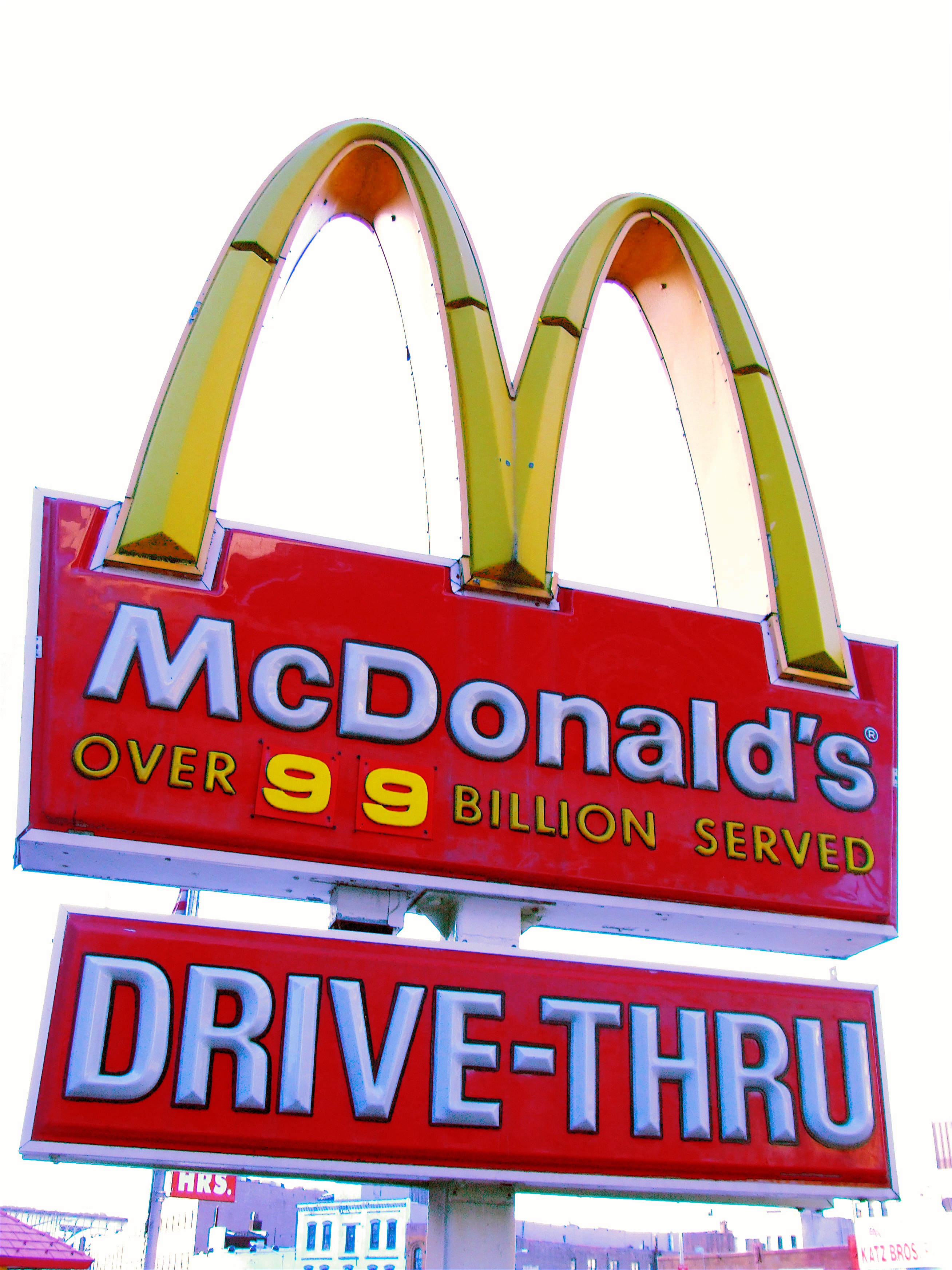 Modern food consumption typifies the process of rationalization. Where food preparation in traditional societies is more laborious and technically inefficient, modern society has strived towards speed and precision in its delivery. Fast-food restaurants, designed to maximise profit, have strived toward total efficiency since their conception, and continue to do so. A strict level of efficiency has been accomplished in several ways, including stricter control of its workers' actions, the replacement of more complicated systems with simpler, less time-consuming ones, simple numbered systems of value meals and the addition of drive-through windows. Rationalization is also observable in the replacement of more traditional stores, which may offer subjective advantages to consumers, such as what sociologists consider a less regulated, more natural environment, with modern stores offering the objective advantage of lower prices to consumers. The case of Wal-Mart is one strong example demonstrating this transition. While Wal-Marts have attracted considerable criticism for effectively displacing more traditional stores, these subjective social-value concerns have held minimal effectiveness in limiting expansion of the enterprise, particularly in more rationalized nations, due to the preferences of the public for lower prices over the advantages sociologists claim for more traditional stores. The sociologist George Ritzer has used the term McDonaldization to refer, not just to the actions of the fast food restaurant, but to the general process of rationalization. Ritzer distinguishes four primary components of McDonaldization: * Efficiency – the optimal method for accomplishing a task; the fastest method to get from point A to point B. Efficiency in McDonaldization means that every aspect of the organization is geared toward the minimization of time. * Calculability – goals are quantifiable (i.e., sales, money) rather than subjective (i.e., taste, labour). McDonaldization developed the notion that quantity equals quality, and that a large amount of product delivered to the customer in a short amount of time is the same as a high quality product. "They run their organization in such a way that a person can walk into any McDonald's and receive the same sandwiches prepared in precisely the same way. This results in a highly rational system that specifies every action and leaves nothing to chance". * Predictability – standardized and uniform services. "Predictability" means that no matter where a person goes, they will receive the same service and receive the same product at every interaction with the corporation. This also applies to the workers in those organizations; their tasks are highly repetitive and predictable routines. * Control – standardized and uniform employees, replacement of human by non-human technologies.

As capitalism itself is a rationalized economic policy, so is the process of commercialization it utilizes in order to increase sales. Most holidays, for instance, were created out of a religious context or in celebration of some past event. However, in rationalized societies these traditional values are increasingly diminished and the aim shifts from the qualitative aim of a meaningful celebration to the more quantitative aim of increasing sales. In the United States, for example, most major holidays now are represented by rationalized, secularized figures which serve as a corporate totem. In more traditional environments, gifts are more often hand-crafted works which hold some symbolic meaning. This qualitative value of gifts diminishes in rationalized societies, where individuals often offer hints or speak directly about what present they are interested in receiving. In these societies, the value of a gift is more likely to be weighed by objective measures (i.e. monetary value) than subjective (i.e. symbolism).

One rational tendency is towards increasing the efficiency and output of the human body. Several means can be employed in reaching this end, including trends towards regular exercise, dieting, increased hygiene, drugs, and an emphasis on optimal nutrition. As well as increasing lifespans, these allow for stronger, leaner, more optimized bodies for quickly performing tasks. Another aspect of this is maintaining a certain level of physical attraction. Processes such as the combing of hair, use of a fragrance, having an appropriate haircut, and wearing certain clothes receive calculated use, that of giving off a certain impression to other individuals. In these cases, we see how rationalization does produce meaning and is not just simply a way to speed things up, i.e., a fat person is said to have poor self-control and discipline and thus you can now make personal judgments about them. Another trend is in the bureaucratization of processes that formerly might have been done through the home. This includes the use of hospitals for childbirth and the use of doctors to identify symptoms of an illness and to prescribe treatment.

Rationalized education tends to focus less on subjects based around the use of critical discourse (for instance, religion) and more on matters of a calculated importance (such as business administration). This is reflected also in the move towards standardized and multiple choice testing, which measures students on the basis of numbered answers and against a uniform standard.