phrase meaning "what one has earned". In the context of
contract A contract is a legally binding agreement that defines and governs the rights and duties between or among its parties Image:'Hip, Hip, Hurrah! Artist Festival at Skagen', by Peder Severin Krøyer (1888) Demisted with DXO PhotoLab Clearview ... 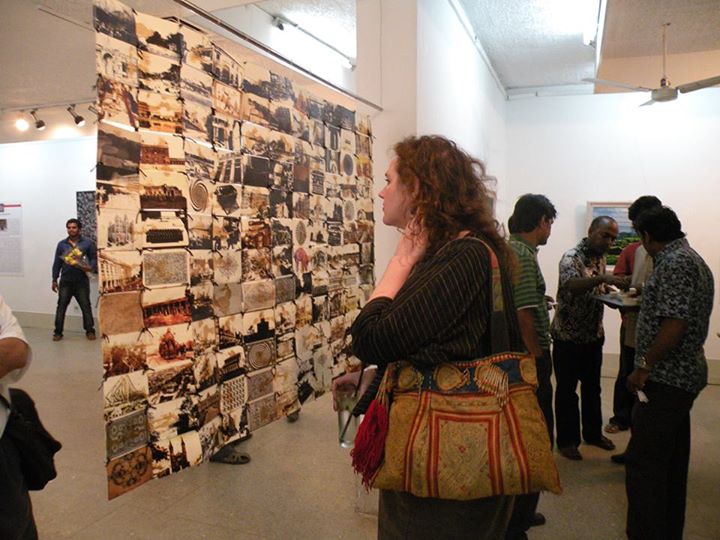 ''Quantum meruit'' is the measure of damages where an express contract is mutually modified by the implied agreement of the parties, or not completed. While there is often confusion between the concept of ''quantum meruit'' and that of "unjust enrichment" of one party at the expense of another, the two concepts are distinct. The concept of ''quantum meruit'' applies in (but is not limited to) the following set of situations: #When a person hires another to do work, but an impeding act falling short of vitiating frustration/repudiation has occurred, such as access or intervening
act of God In legal usage throughout the English-speaking world, an act of God is a natural hazard outside human control, such as an earthquake An earthquake (also known as a quake, tremor or temblor) is the shaking of the surface of the Earth resu ...
, the worker may sue (or counter-sue) for the value of the improvements made/services rendered. The law implies a promise from the employer to the worker that they will pay them for their services, as much as they may deserve or merit.

The measure of value set forth in a contract is legally admissible as evidence of the value of the improvements or services but the court (or thus out of court settlement) is ''not'' required to use the contract's terms when calculating a ''quantum meruit'' award. (This is because the values set forth in the contract are rebuttable, meaning the one who ultimately may have to pay the award can contest the value of services set in the contract.)

#When there is an express contract for a stipulated amount and mode of compensation for services, the plaintiff cannot abandon the contract and resort to an action for a ''quantum meruit'' on an implied
assumpsitAssumpsit ("he has undertaken", from Latin Latin (, or , ) is a classical language belonging to the Italic languages, Italic branch of the Indo-European languages. Latin was originally spoken in the area around Rome, known as Latium. Through the ...
. However, if there is absence of any promised consideration, the plaintiff (such as hirer) has a right to elect to repudiate the contract and, failing a valid frustration, innocent mistake reason or similar defense, has the right to compensation from the defendant on a ''quantum meruit'' basis.

I. An example used in
United States The United States of America (U.S.A. or USA), commonly known as the United States (U.S. or US) or America, is a country Continental United States, primarily located in North America. It consists of 50 U.S. state, states, a Washington, D.C., ...

law school A law school (also known as a law centre or college of law) is an institution specializing in legal education Legal education is the education of individuals in the principles, practices, and theory of law Law is a system A syste ...
s is usually the case of ''Steven v Bromley & Son''
919 __NOTOC__ Year 919 ( CMXIX) was a common year starting on Friday (link will display the full calendar) of the Julian calendar The Julian calendar, proposed by Julius Caesar in , was a reform of the Roman calendar. It took effect on , by ed ...
*Facts *#Shipowners agreed a charter fee for the transportation of steel billets *#The charterers loaded general merchandise, in breach of the agreement *Issue :Could the ship owners be entitled to nominal damages only; or could a contract be inferred at a higher rate *Decision :Claim for beyond nominal damages allowed *Reasoning :A contract could be inferred such that the shipowners were entitled to the general rate for the ‘breaching’ cargo loaded. II. Person A (
plaintiff A plaintiff ( Π in legal shorthand) is the party who initiates a lawsuit (also known as an ''action'') before a court. By doing so, the plaintiff seeks a legal remedy. If this search is successful, the court will issue Judgment (law), judgment ...
in this hypothetical) tells neighbor B (
defendant In court proceedings, a defendant is a person A person (plural people or persons) is a being that has certain capacities or attributes such as reason Reason is the capacity of consciously applying logic by Logical consequence, drawing conclu ...
) that he is going to build a wall on their property that will give a benefit to both A and B; A implies that it would be cheaper for both of them if A performs the labor instead of hiring a professional. B agrees that the wall should be built, but no price is negotiated. A builds the wall, and then asks B to compensate him for the benefit of the wall that he conferred on B (usually half the value of the wall). B refuses. A is entitled to some compensation based on ''quantum meruit''. This is because there was an implied promise between A and B, which is derived from contract law, because A was acting under the assumption that B would pay for part of his services (see
Estoppel Estoppel is a judicial device in common law legal systems whereby a court A court is any person or institution, often as a government institution, with the authority to Adjudication, adjudicate legal disputes between Party (law), parties and ...
). The winning of the case, or damages that would be agreed in any out of court settlement, will be directed as an assumpsit on a ''quantum meruit''. ''Day v. Caton'', 119 Mass. 513 (1876). :In
Canada Canada is a country in the northern part of North America. Its Provinces and territories of Canada, ten provinces and three territories extend from the Atlantic Ocean, Atlantic to the Pacific Ocean, Pacific and northward into the Arctic Oce ...

, ''quantum meruit'' is not based on contract law but rather depends on equitable principles of unjust enrichment. The old maxim: estoppel allows an implied promise to act as a shield against litigation but never a sword is in general upheld in Canadian law. Therefore an implied promise would not create a cause of action. Instead ''quantum meruit'' is based on the need to prevent the neighbor from unjustly enriching himself by allowing the fence builder to proceed with the work based on an assumption that he would be compensated. III. ''Quantum meruit'' can also apply where there is a breached contract. :A contractor is contracted to work on a school. He does some work but then quits (breach of contract). He is entitled to be paid for the services he has already provided for the school on the basis of ''quantum meruit'' (however the school may be entitled to damages if it can prove the balance of the works will at market rates cost more than the balance if performed by the earlier contractor; and in some jurisdictions inconvenience/loss of amenity damages especially where time is stated to be of the essence). IV. If a contractor finds part of their work replaced by others through no fault of their own, they seek damages for the amount(s) that the defendant benefited. Third parties, absent provisions preventing, such as new contractors finding the work more complex as a result of defects may, just as with all equitable actions, like a quantum meruit-basis restitution, promptly to avoid the doctrine of
laches (equity) In common law In law, common law (also known as judicial precedent or judge-made law, or case law) is the body of law created by judges and similar quasi-judicial tribunals by virtue of being stated in written opinions. ''Black's Law Dictionary' ...
(having let matters lie) bring action against that contractor. V. A promoter enters into a long-term service contract with a theatre to help book and organise shows for no one else for a few months. They take part-paid bookings for shows over these months but pass on none of that as agreed as they have grounds to allege the theatre is unsafe and the theatre need to make it safe. The theatre performs no repairs. Instead, the theatre terminates the contract before the benefit of the shows. After this the theatre runs most of the shows and gains benefit but does not pay the promoter. Some shows the theatre cancels without cause. A court would decide, following similar precedent, that the promoter is entitled to an assumpsit on a ''quantum meruit'' if the promoter has acted in a proportionate way as trustee (depository), delaying forwarding of the principal of the ticket sale part-payments, for sufficiently well-founded premises defects which could have affected its reputation.

*'' Sumpter v Hedges'' 8981 QB 673 *''Way v Latilla''
937 Year 937 ( CMXXXVII) was a common year starting on Sunday (link will display the full calendar) of the Julian calendar The Julian calendar, proposed by Julius Caesar in , was a reform of the Roman calendar. It took effect on , by edict. It ...
3 All ER 759: Way was entitled to remuneration on a ''quantum meruit'' basis; the value of the award was to be fixed by reference to the approach to remuneration adopted by the parties. *''ERDC Group Ltd. v.
Brunel University Brunel University London is a public In public relations and communication science, publics are groups of individual people, and the public (a.k.a. the general public) is the totality of such groupings. This is a different concept to the so ...
'',
006 Alec Trevelyan (006), also known as Janus, is a fictional character In fiction, a character (sometimes known as a fictional character) is a person or other being in a narrative (such as a novel, Play (theatre), play, television series, film, or ...

EWHC 687 (TCC) (29 March 2006): a construction company and its design
sub-contractor A subcontractor is an individual or (in many cases) a business that signs a contract to perform part or all of the obligations of another's contract. A subcontractor (or sub-contractor) is a company or person whom a general contractor, prime con ...
had commenced work under a series of letters of intent in advance of a proposed appointment under JCT Terms of Contract. When the contract was offered for signature the construction company declined to sign unless work already done was paid for on a quantum meruit basis. *'' Benedetti v Sawiris'',
013 013 is a music venue in Tilburg Tilburg () is a List of cities in the Netherlands by province, city and List of municipalities of the Netherlands, municipality in the Netherlands, in the southern Provinces of the Netherlands, province of North ... 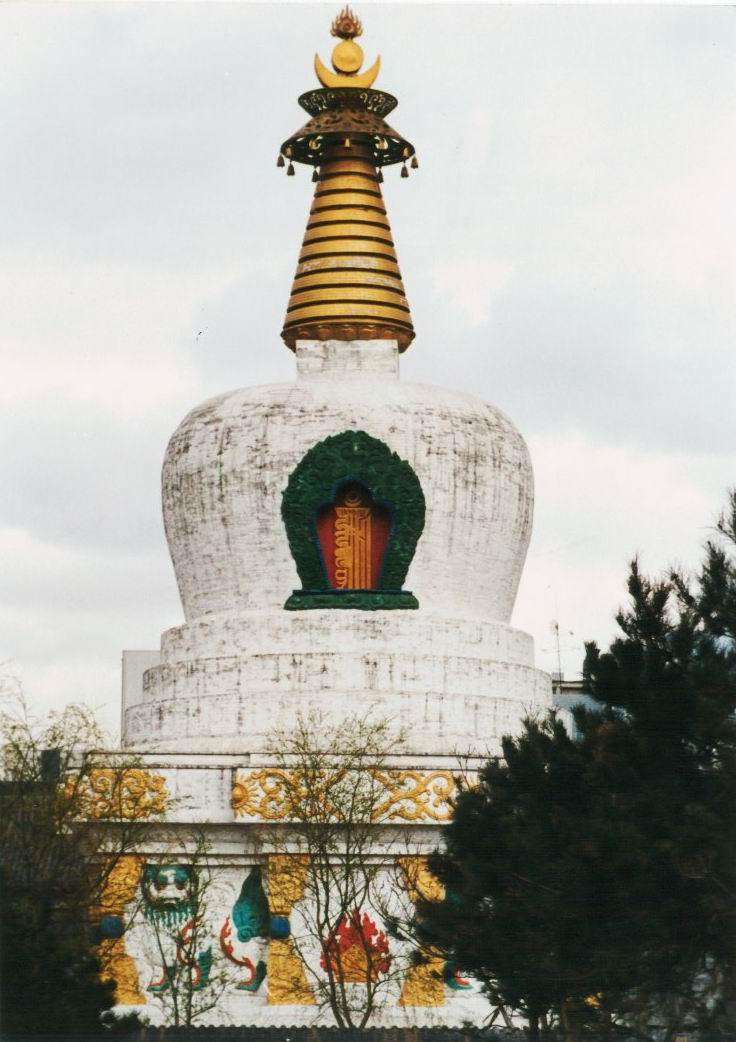