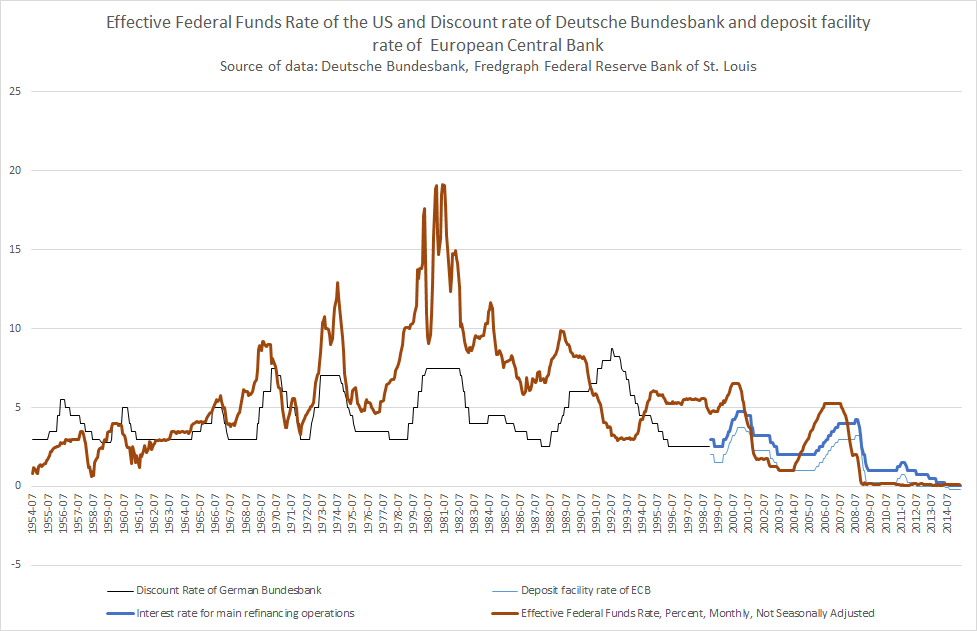 A prime rate or prime lending rate is an
interest rate An interest rate is the amount of interest In finance Finance is the study of financial institutions, financial markets and how they operate within the financial system. It is concerned with the creation and management of money and investm ...
used by banks, usually the interest rate at which banks lend to customers with good credit. Some variable interest rates may be expressed as a percentage above or below prime rate.

Use in different banking systems

, while it is 2.45% in
Canada Canada is a country in the northern part of North America. Its Provinces and territories of Canada, ten provinces and three territories extend from the Atlantic Ocean, Atlantic to the Pacific Ocean, Pacific and northward into the Arctic Oce ...

. In the United States, the prime rate runs approximately 300
basis point A basis point (often abbreviated as bp, often pronounced as "bip" or "beep") is (a difference of) one hundredth of a percent or equivalently one percent of one percent or one ten thousandth. A very rarely used term, permyriad, means parts per te ...
s (or 3 percentage points) above the federal funds rate, which is the interest rate that banks charge each other for overnight loans made to fulfill reserve funding requirements. The Federal funds rate plus a much smaller increment is frequently used for lending to the most creditworthy borrowers, as is LIBOR, the
London Interbank Offered Rate The London Inter-Bank Offered Rate is an interest-rate average calculated from estimates submitted by the leading banks in London London is the capital city, capital and List of urban areas in the United Kingdom, largest city of England an ...
. The
Federal Open Market Committee The Federal Open Market Committee (FOMC), a committee within the Federal Reserve System The Federal Reserve System (also known as the Federal Reserve or simply the Fed) is the central bank A central bank, reserve bank, or monetary a ...
(FOMC) meets eight times per year to set a target for the federal funds rate. Prior to December 17, 2008, the ''
Wall Street Journal ''The Wall Street Journal'', also known as ''The Journal'', is an American business-focused, English-language international daily newspaper A newspaper is a periodical Periodical literature (also called a periodical publication or simpl ...

'' followed a policy of changing its published prime rate when 23 out of 30 of the United States' largest banks changed their prime rates. Recognizing that fewer, larger banks now control most banking assets—i.e., it is more concentrated—the ''Journal'' now publishes a rate reflecting the base rate posted by at least 70% of the top ten banks by assets.

Effective January 2, 2015, the Base Lending Rate (BLR) structure was replaced with a new Base Rate (BR) system. Under BR, which will now serve as the main reference rate for new retail floating rate loans, banks in
Malaysia Malaysia ( ; ) is a country in Southeast Asia Southeast Asia, also spelled South East Asia and South-East Asia, and also known as Southeastern Asia or SEA, is the geographical southeastern subregion of Asia, consisting of the regions ...

can determine their interest rate based on a formula set by Bank Negara, the Malaysian central bank. Malayan Banking Bhd (
Maybank Malayan Banking Berhad ( doing business as Maybank) is a Malaysia Malaysia ( ; ) is a country in Southeast Asia. The federation, federal constitutional monarchy consists of States and federal territories of Malaysia, thirteen states and thr ...

) has set a group-wide base rate at 3.2%, effective Jan 2, 2015. All new retail loans and financing such as mortgages, unit trust loans, share margin financing, personal financing and overdraft facilities which are applied for by individual customers will be based on the base rate. Though certain banks may be setting a higher BR compared to others, they can sometimes offer lower ELR to customers in order to remain competitive. Loans that are already approved and extended prior to January 2, 2015 will still follow the old BLR until the end of the loan tenure.

s and home equity lines of credit with variable interest rates have their rate specified as the prime rate (index) plus a fixed value commonly called the spread or margin.