in
New Jersey New Jersey is a U.S. state, state in the Mid-Atlantic States, Mid-Atlantic and Northeastern United States, Northeastern regions of the United States. It is bordered on the north and east by the state of New York (state), New York; on the ea ...
. It was developed as a political vision to accompany participatory economics (parecon). Both parecon and parpolity together make up the
libertarian socialist Libertarian socialism, also referred to as anarcho-socialism, anarchist socialism, free socialism, stateless socialism, socialist anarchism and socialist libertarianism,Carlson, Jennifer D. (2012). "Libertarianism". In Miller, Wilburn R., ed. ''T ...
ideology of participism; this has significantly informed the International Organization for a Participatory Society. Shalom has stated that parpolity is meant as a long-range vision of where the
social justice Social justice is justice in terms of the distribution of wealth Wealth is the abundance of valuable financial asset A financial asset is a non-physical asset whose value is derived from a contractual claim, such as deposit (finance), ban ...
movement might want to end up within the field of politics. The values on which parpolity is based are
freedom Freedom, generally, is having the ability to act or change without constraint. Something is "free" if it can change easily and is not constrained in its present state. In philosophy and religion, it is associated with having free will and bein ...
, self-management,
justice Justice, in its broadest sense, is the principle that people receive that which they deserve, with the interpretation of what then constitutes "deserving" being impacted upon by numerous fields, with many differing viewpoints and perspectives, ...

,
solidarity Solidarity is an awareness of shared interests, objectives, standards, and sympathies creating a psychological sense of unity of groups or classes, which rejects the class conflict Class conflict, also referred to as class struggle and clas ...
, and tolerance. The goal, according to Shalom, is to create a political system that will allow people to participate as much as possible in a face-to-face manner. The proposed decision-making principle is that every person should have say in a decision proportionate to the degree to which she or he is affected by that decision. The vision is critical of aspects of modern representative democracies arguing that the level of political control by the people is not sufficient. To address this problem parpolity suggests a system of "nested councils", which would include every adult member of a given society.

In a parpolity, there would be local councils of voting citizens consisting of 25–50 members (number of represented citizens should not exceed approximately 300 per council member). These local councils would be able to pass any law that affected only the local council. No higher council would be able to override the decisions of a lower council, only a council court would be able to challenge a local law on
human rights Human rights are moral A moral (from Latin Latin (, or , ) is a classical language belonging to the Italic languages, Italic branch of the Indo-European languages. Latin was originally spoken in the area around Rome, known as Latium. ...
grounds. The councils would be based on
consensus Consensus decision-making or consensus politics (often abbreviated to ''consensus'') is group decision-making processes in which participants develop and decide on proposals with the aim, or requirement, of acceptance by all. The focus on es ... 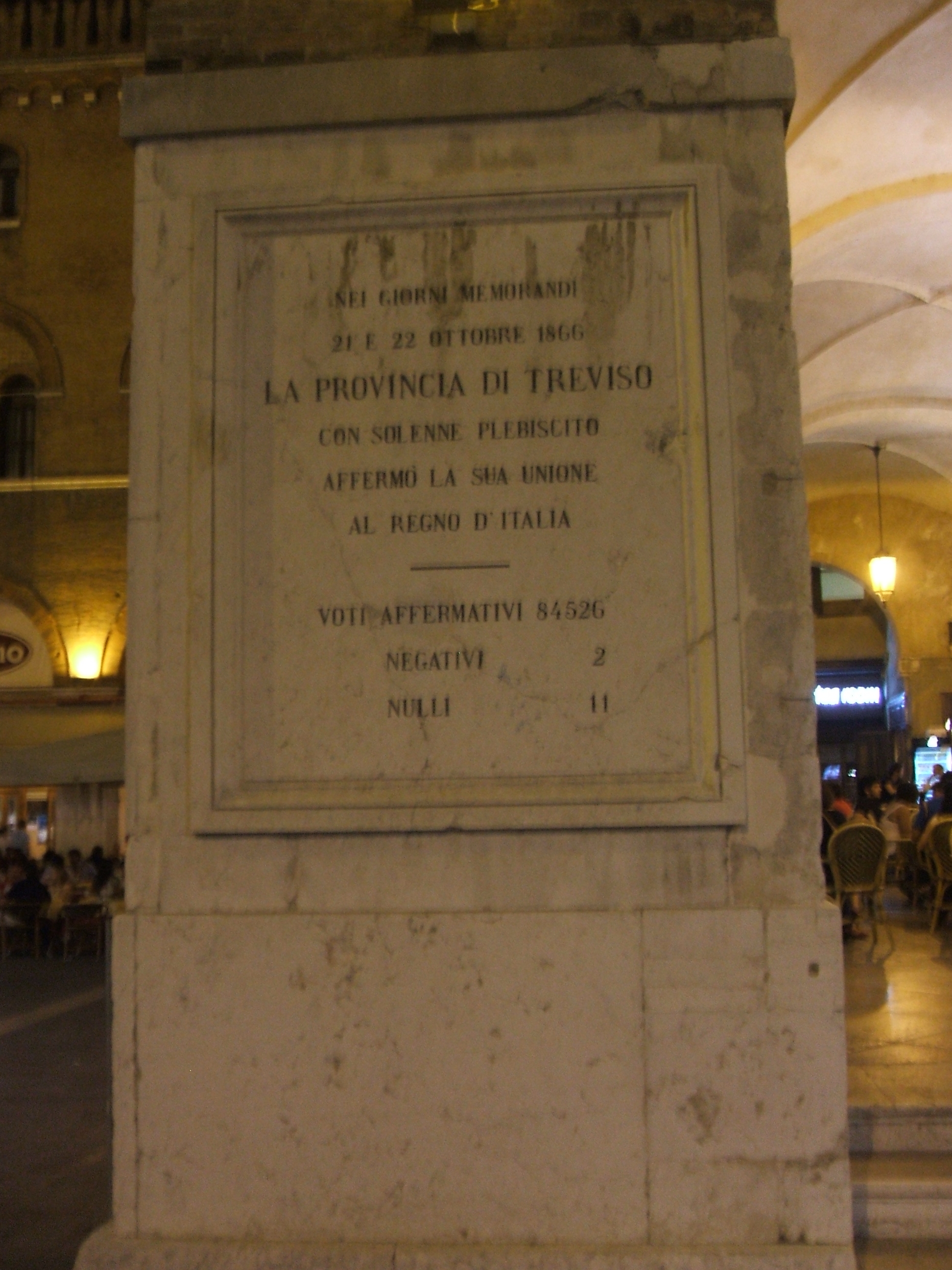 , though majority votes would be allowed when issues cannot be agreed upon. Each local council would send a delegate to a higher level council, until that council filled with 25–50 members. These second level councils would pass laws on matters that affected the 200,000 to 750,000 citizens that it represented. A delegate to a higher level council would be bound to communicate the views of their sending council, but would not be not bound to vote as the sending council might wish. Otherwise, Shalom points out that there would be no point in having nested councils, and everyone might as well vote on everything. A delegate would be recallable at any time by their sending council. Rotation of delegates would be mandatory, and delegates would be required to return to their sending councils frequently. The second level council would send a delegate to a third level council, the third level council would send delegates to a fourth level and so on until all citizens were represented. Five levels with 50 people on every council would represent 312,500,000 voters (around the population of the United States). However, the actual number of people represented would be even higher, given that young children would not be voting. Thus, with a further sixth level nested council, the entire human population could be represented. This would not, however, be equatable to a global world state, but rather would involve the dissolution of all existing nation-states and their replacement with a worldwide
confederal A confederation (also known as a confederacy or league) is a union of sovereign groups or states united for purposes of common action. Usually created by a treaty A treaty is a formal, legally binding written agreement between actors ...
"coordinating body" made of delegates immediately recallable by the nested council below them. Lower level councils would have the opportunity to hold
referenda A referendum (plural: referendums or less commonly referenda) is a Direct democracy, direct and Universal suffrage, universal vote in which an entire Constituency, electorate is invited to vote on a particular proposal and can have nationwide or El ... 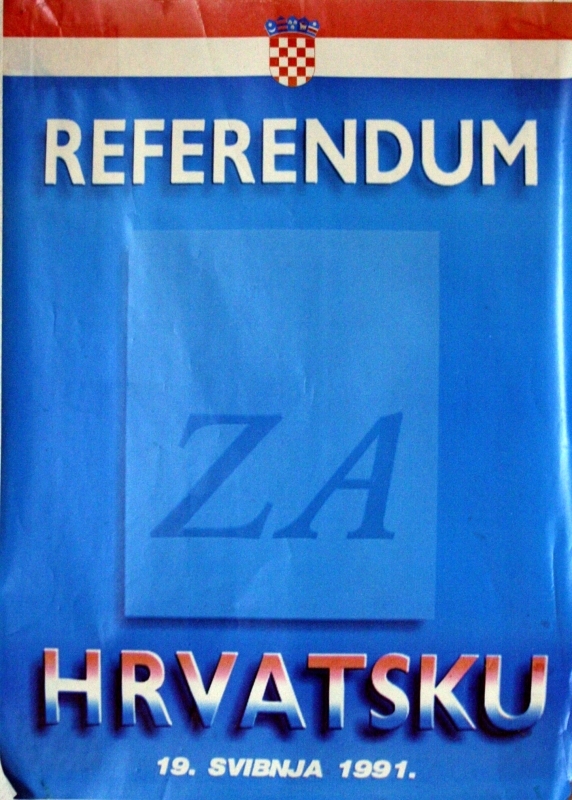 at any time to challenge the decisions of a higher level council. This would theoretically be an easy procedure, as when a threshold of lower level councils called for a referendum, one would then be held. Shalom points out that sending every issue to lower level councils would be a waste of time, as it would be equivalent to referendum democracy. There would be staff employed to help manage council affairs. Their duties would perhaps include minute taking and researching issues for the council. These council staff would work in a balanced job complex defined by a participatory economy.

Shalom suggests that a council court be formed of 41 randomly chosen citizens that have two-year terms. Shalom claims that the number 41 ensures a broad range of opinions, although he says that this number is just a suggestion and it could be lower or higher as long as it was big enough for a diversity of opinion but small enough for discussion and debate. This court would be a check against the
tyranny of the majority The tyranny of the majority (or tyranny of the masses) is an inherent weakness to majority rule Majority rule is a decision rule that selects alternatives which have a majority A majority, also called a simple majority to distinguish it f ...
. It would rule on laws passed and would be able to
veto A veto (Latin Latin (, or , ) is a classical language belonging to the Italic languages, Italic branch of the Indo-European languages. Latin was originally spoken in the area around Rome, known as Latium. Through the power of the Roman Re ...
them if the court deemed them contrary to human rights. Shalom argues the council court should be unelected, as elected members could hold the biases of an oppressive majority. The two-year terms of the council would be staggered: As 21 reached the one-year midpoint of their term, the other 20 would reach the end of their two-year term and be replaced by a new group of 20. A year later, when that new group of 20 reached the midpoint of their term, the older group of 21 would reach the end of their term, to be replaced by a new group of 21. It is not clear how the court would operate, i.e. by majority vote or by consensus. The council court would also have the right to rule on which council, economic or political, had a right to vote on a given issue. A dispute between councils would presumably be resolved by this court, for instance if a minority population insisted that its vote should count for more than the larger population, as the majority wanted to cause environmental damage to a lake that the minority lived near. The council court would be responsible for evaluating this claim, and many different possible rulings could be given. The guiding principle would be that those most affected by the decision would have the most say. Regular criminal courts would remain essentially the same, though there might be more juries.

Shalom argues that police would be necessary even in a participatory society, as crime cannot be expected to disappear even in a good society. Also, police work is a specialized occupation, demanding specialized skills. Police work would be part of a balanced job complex and would be scrutinized by independent review boards.

Shalom notes that a vibrant and diverse media is essential for a functioning democracy. A participatory economy would have consumers of media indicating the types of media they desire, and these would be generated according to demand. To help ensure diversity, Shalom recommends that media that show
debate Debate is a process that involves formal discourse on a particular topic, often including a moderator and audience. In a debate, argument In logic Logic is an interdisciplinary field which studies truth and reasoning Reason is the ca ...

s and encourage diverse viewpoints be given extra funding.

* Collective problem solving *
Council communism Council communism is a current of communism, communist thought that emerged in the 1920s. Inspired by the German Revolution of 1918–1919, November Revolution, council communism was opposed to state socialism and advocated workers' councils a ...
*
Direct democracy Direct democracy or pure democracy is a form of democracy in which the Election#Electorate, electorate decides on policy initiatives without legislator, legislative representatives as proxies. This differs from the majority of currently estab ...
*
Libertarian socialism Libertarian socialism, also referred to as anarcho-socialism, anarchist socialism, free socialism, stateless socialism, socialist anarchism and socialist libertarianism,Carlson, Jennifer D. (2012). "Libertarianism". In Miller, Wilburn R., ed. '' ...
* LiquidFeedback *
Participation (decision making) Citizen Participation or Public Participation in social science Social science is the Branches of science, branch of science devoted to the study of society, societies and the Social relation, relationships among individuals within those ...
* Participatory economics *
Participatory democracy Participatory democracy or participative democracy is a model of democracy in which citizens are provided power to make political decisions. Etymological roots of ''democracy Democracy ( gr, δημοκρατία, ''dēmokratiā'', from ''dē ...
*
Public participation Public participation, also known as citizen participation, is the inclusion of the public in the activities of any organization or project. Public participation is similar to but more inclusive than stakeholder engagement. Generally public partici ...
*
Soviet democracy Soviet democracy, or council democracy, is a political system in which the Authority, rule of the population by directly elected ''Soviet (council), soviets'' (Russian for "council") is exercised. The councils are directly responsible to their el ...
* The participatory approach *
Online participation Online participation is used to describe the interaction between users and online communities on the web. Online communities often involve members to provide content to the website and/or contribute in some way. Examples of such include wikis, blog ...