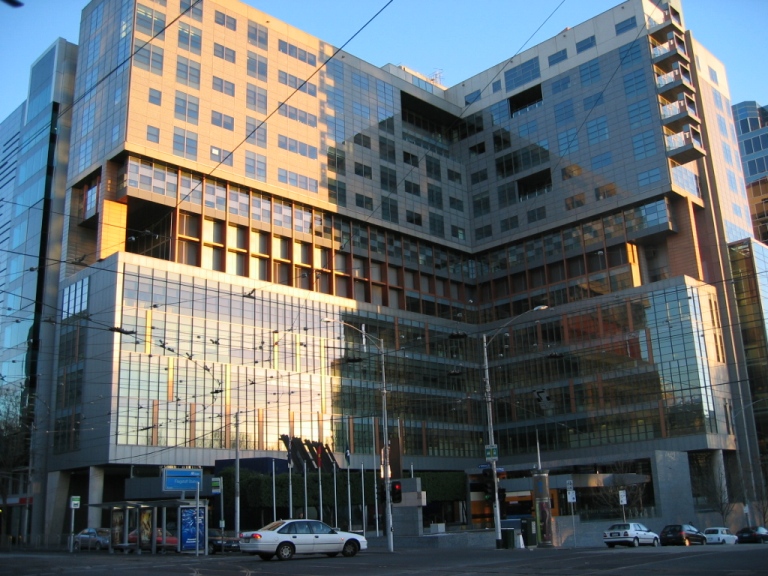 The judiciary (also known as the judicial system, judicature, judicial branch, judiciative branch, and court or judiciary system) is the system of courts that adjudicates legal disputes and interprets, defends, and applies the law in legal cases.

The judiciary is the system of courts that interprets, defends, and applies the law in the name of the state. The judiciary can also be thought of as the mechanism for the resolution of disputes. Under the doctrine of the separation of powers, the judiciary generally does not make statutory In many [[jurisdictions the judicial branch has the power to change laws through the process of [[judicial review. Courts with judicial review power may annul the laws and rules of the state when it finds them incompatible with a higher norm, such as [[Primary and secondary legislation|primary legislation, the provisions of the constitution, treaties or international law. Judges constitute a critical force for interpretation and implementation of a constitution, thus in common law countries creating the body of constitutional law.

This is a more general overview of the development of the judiciary and judicial systems over the course of history.

The most important part was ''Ius Civile'' (Latin for "civil law"). This consisted of ''Mos Maiorum'' (Latin for "way of the ancestors") and ''Leges'' (Latin for "laws"). ''Mos Maiorum'' was the rules of conduct based on social norms created over the years by predecessors. In 451–449 BC, the ''Mos Maiorum'' was written down in the Twelve Tables. ''Leges'' were rules set by the leaders, first the kings, later the popular assembly during the Republic. In these early years, the legal process consisted of two phases. The first phase, ''In Iure'', was the judicial process. One would go to the head of the judicial system (at first the priests as law was part of religion) who would look at the applicable rules to the case. Parties in the case could be assisted by jurists. Then the second phase would start, the ''Apud Iudicem''. The case would be put before the judges, which were normal Roman citizens in an uneven number. No experience was required as the applicable rules were already selected. They would merely have to judge the case.

The most important change in this period was the shift from priest to praetor as the head of the judicial system. The praetor would also make an edict in which he would declare new laws or principles for the year he was elected. This edict is also known as praetorian law.

The Principate is the first part of the Roman Empire, which started with the reign of Augustus. This time period is also known as the "classical era of Roman Law" In this era, the praetor's edict was now known as ''edictum perpetuum'', which were all the edicts collected in one edict by Hadrian. Also, a new judicial process came up: ''cognitio extraordinaria'' (Latin for "extraordinary process"). This came into being due to the largess of the empire. This process only had one phase, where the case was presented to a professional judge who was a representative of the emperor. Appeal was possible to the immediate superior. During this time period, legal experts started to come up. They studied the law and were advisors to the emperor. They also were allowed to give legal advise on behalf of the emperor.

During the late Middle Ages, education started to grow. First education was limited to the monasteries and abbies, but expanded to cathedrals and schools in the city in the 11th century, eventually creating universities. The universities had five faculties: arts, medicine, theology, canon law and ''Ius Civile'', or civil law. Canon law, or ecclesiastical law are laws created by the Pope, head of the Roman Catholic Church. The last form was also called secular law, or Roman law. It was mainly based on the ''Corpus Iuris Civilis,'' which had been rediscovered in 1070. Roman law was mainly used for "worldly" affairs, while canon law was used for questions related to the church. The period starting in the 11th century with the discovery of the ''Corpus Iuris Civilis'' is also called the Scholastics, which can be divided in the early and late scholastics. It is characterised with the renewed interest in the old texts.

= The rediscovery of the Digesta from the ''Corpus Iuris Civilis'' led the university of Bologna to start teaching Roman law. Professors at the university were asked to research the Roman laws and advise the Emperor and the Pope with regards to the old laws. This led to the Glossators to start translating and recreating the ''Corpus Iuris Civilis'' and create literature around it: *''Glossae'': translations of the old Roman laws *''Summae'': summaries *''Brocardica'': short sentences that made the old laws easier to remember, a sort of mnemonic *''Quaestio Disputata'' (''sic et non''): a dialectic method of seeking the argument and refute it. Accursius wrote the ''Glossa Ordinaria'' in 1263, ending the early scholastics.

= The successors of the Glossators were the Post-Glossators or Commentators. They looked at a subject in a logical and systematic way by writing comments with the texts, treatises and ''consilia'', which are advises given according to the old Roman law. 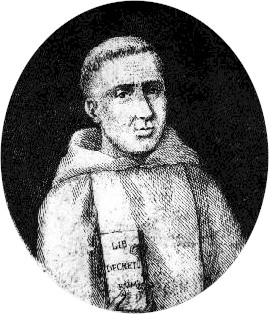 = Canon law knows a few forms of laws: the ''canones'', decisions made by Councils, and the ''decreta'', decisions made by the Popes. The monk Gratian, one of the well-known decretists, started to organise all of the church law, which is now known as the ''Decretum Gratiani'', or simply as ''Decretum''. It forms the first part of the collection of six legal texts, which together became known as the ''Corpus Juris Canonici''. It was used by canonists of the Roman Catholic Church until Pentecost (19 May) 1918, when a revised ''Code of Canon Law'' (''Codex Iuris Canonici'') promulgated by Pope Benedict XV on 27 May 1917 obtained legal force.

= The Decretalists, like the post-glossators for ''Ius Civile'', started to write treatises, comments and advises with the texts.

Around the 15th century a process of reception and acculturation started with both laws. The final product was known as ''Ius Commune''. It was a combination of canon law, which represented the common norms and principles, and Roman law, which were the actual rules and terms. It meant the creation of more legal texts and books and a more systematic way of going through the legal process. In the new legal process, appeal was possible. The process would be partially inquisitorial, where the judge would actively investigate all the evidence before him, but also partially adversarial, where both parties are responsible for finding the evidence to convince the judge. 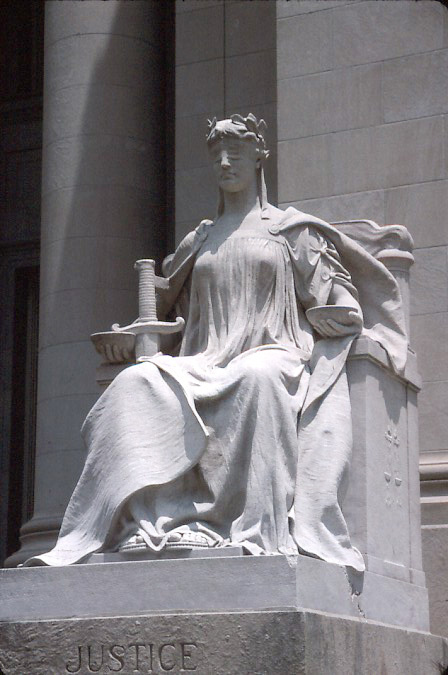 After the French Revolution, lawmakers stopped interpretation of law by judges, and the legislature was the only body permitted to interpret the law; this prohibition was later overturned by the Napoleonic Code.

Functions of the judiciary in different law systems

In common law jurisdictions, courts interpret law; this includes constitutions, statutes, and regulations. They also make law (but in a limited sense, limited to the facts of particular cases) based upon prior case law in areas where the legislature has not made law. For instance, the tort of negligence is not derived from statute law in most common law jurisdictions. The term ''common law'' refers to this kind of law. Common law decisions set precedent for all courts to follow. This is sometimes called ''stare decisis''.

In the United States court system, the Supreme Court is the final authority on the interpretation of the federal Constitution and all statutes and regulations created pursuant to it, as well as the constitutionality of the various state laws; in the US federal court system, federal cases are tried in trial courts, known as the US district courts, followed by appellate courts and then the Supreme Court. State courts, which try 98% of litigation, may have different names and organization; trial courts may be called "courts of common plea", appellate courts "superior courts" or "commonwealth courts". The judicial system, whether state or federal, begins with a court of first instance, is appealed to an appellate court, and then ends at the court of last resort. In France, the final authority on the interpretation of the law is the Council of State for administrative cases, and the Court of Cassation for civil and criminal cases. In the People's Republic of China, the final authority on the interpretation of the law is the National People's Congress. Other countries such as Argentina have mixed systems that include lower courts, appeals courts, a cassation court (for criminal law) and a Supreme Court. In this system the Supreme Court is always the final authority, but criminal cases have four stages, one more than civil law does. On the court sits a total of nine justices. This number has been changed several times.

Japan's process for selecting judges is longer and more stringent than in various countries, like the United States and in Mexico. Assistant judges are appointed from those who have completed their training at the Legal Training and Research Institute located in Wako. Once appointed, assistant judges still may not qualify to sit alone until they have served for five years, and have been appointed by the Supreme Court of Japan. Judges require ten years of experience in practical affairs, as a public prosecutor or practicing attorney. In the Japanese judicial branch there is the Supreme Court, eight high courts, fifty district courts, fifty family courts, and 438 summary courts.