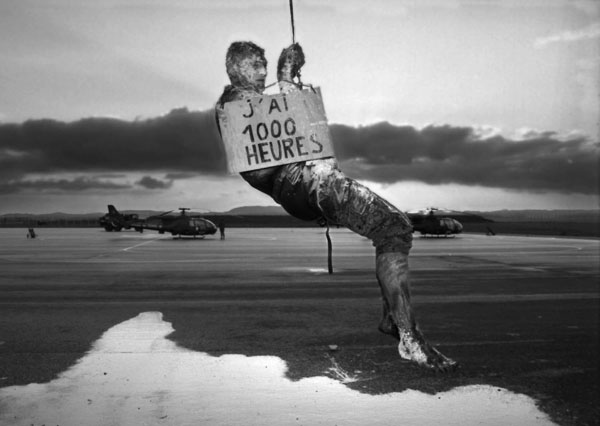 Hazing (American English), initiation (British English), bastardisation (Australian English), ragging (South Asia), or deposition, refers to any activity expected of someone in joining or participating in a group that humiliates, degrades, abuses, or endangers them regardless of a person's willingness to participate. Hazing is seen in many different types of social groups, including gangs, sports teams, schools, cliques, universities, military units, prisons and fraternities and sororities. The initiation rites can range from relatively benign pranks to protracted patterns of behavior that rise to the level of abuse or criminal misconduct. Hazing is often prohibited by law or prohibited by institutions such as colleges and universities because it may include either physical or psychological abuse, such as humiliation, nudity, or sexual abuse.

In some languages, terms with a religious theme or etymology are preferred, such as baptism or purgatory (e.g. in Belgian French, in Belgian Dutch, in Polish) or variations on a theme of naïveté and the rite of passage such as a derivation from a term for freshman, for example in European French, ("de-greenornng") in Dutch and Afrikaans (South Africa and Namibia), in Spanish, from , meaning newcomer or rookie or a combination of both, such as in the Finnish (literally "moped baptism", "moped" being the nickname for newcomers, stemming from the concept that they would be forced to drive a child's bicycle or tricycle). In Latvian, the word , which literally means "in-blessings", is used, also standing for religious rites of passage, especially confirmation. In Swedish, the term used is , literally "zeroing". In Portugal, the term , which literally means "practice" or "habit", is used for initiation. In Brazil, it is called and is usually practiced at universities by older students ( and ) against newcomers () in the first week of their first semester. In the Italian military, instead, the term used was , from (literally "grandfather"), a jargon term used for the soldiers who had already served for most of their draft period. A similar equivalent term exists in the Russian military, where a hazing phenomenon known as exists, meaning roughly "grandfather" or the slang term "gramps" (referring to the senior corps of soldiers in their final year of conscription). At education establishments in India, Pakistan, Bangladesh and Sri Lanka, this practice involves existing students baiting new students and is called ragging. In Polish schools, hazing is known as (literally ''catting'', coming from the noun cat). It often features cat-related activities, like competitive milk drinking . Other popular tasks include measuring a long distance (i.e. hallways) with matches. Less loaded names for hazing are (related to the verb get over, rally but also shake off/out—as being a novice is a negative state that should be quit) and mentioned above. Hazings are sometimes concentrated in a single session, which may be called a ''hell night'', prolonged to a ''hell week'', or over a long period, resembling fagging. When done on a persons birthday, it can be called birthday spanking .

Hazing activities can involve forms of ridicule and humiliation within the group or in public, while other hazing incidents are akin to pranks. A snipe hunt is such a prank, when a newcomer or credulous person is given an impossible task. Examples of snipe hunts include being sent to find a tin of Tartan paint, or a "dough repair kit" in a bakery, while in the early 1900s rookies in the Canadian military were ordered to obtain a "brass magnet" when brass is not magnetic. Spanking is done mainly in the form of paddling among fraternities, sororities and similar clubs, sometimes over a lap, a knee, furniture or a pillow, but mostly with the victim "assuming the position", i.e., simply bending over forward. A variation of this (also as punishment) is trading licks. This practice is also used in the military. Alternative modes (including bare-buttock paddling, strapping and switching, as well as mock forms of antiquated forms of physical punishments such as stocks, walking the plank and running the gauntlet) have been reported.

The hazee may be humiliated by being hosed or by sprinkler or buckets; covered with dirt or with (sometimes rotten) food, even urinated upon. Olive or baby oil may be used to "show off" the bare skin, for wrestling or just slipperiness, e.g., to complicate pole climbing. Cleaning may be limited to a dive into water, hosing down or even paddling the worst off. They may have to do tedious cleaning including swabbing the decks or cleaning the toilets with a toothbrush. In fraternities, pledges often must clean up a mess intentionally made by brothers which can include fecal matter, urine, and dead animals. Servitude such as waiting on others (as at fraternity parties) or various other forms of housework, often with tests of obedience. In some cases, the hazee may be made to eat raw eggs, peppers, hot sauce, or drink too much alcohol. Some hazing even includes eating or drinking vile things such as bugs or rotting food. 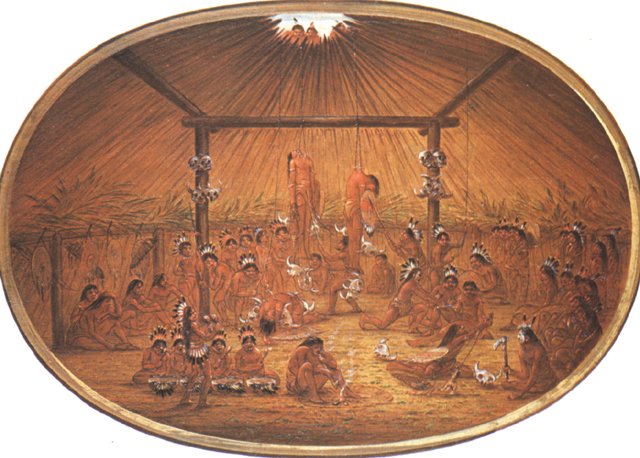 The hazee may have to wear an imposed piece of clothing, outfit, item or something else worn by the victim in a way that would bring negative attention to the wearer. Examples include a uniform (e.g. toga); a leash or collar (also associated with bondage); infantile and other humiliating dress and attire. Markings may also be made on clothing or bare skin. They are painted, written, tattooed or shaved on, sometimes collectively forming a message (one letter, syllable or word on each pledge) or may receive tarring and feathering (or rather a mock version using some glue) or branding. Submission to senior members of the group is common. Abject "etiquette" required of pledges or subordinates may include prostration, kneeling, literal groveling, and kissing body parts. Other physical feats may be required, such as calisthenics and other physical tests, such as mud wrestling, forming a human pyramid, or climbing a greased pole. Exposure to the elements may be required, such as swimming or diving in cold water or snow. Orientation tests may be held, such as abandoning pledges without transport. Dares include jumping from some height, stealing from police or rival teams and obedience. Blood pinning among military aviators (and many other elite groups) to celebrate becoming new pilots is done by piercing their chests with the sharp pins of aviator wings. On a pilot's first solo flight, they are often drenched with water, as well as having the back of their shirt cut off to celebrate the achievement. Cutting off the back of the shirt originates from the days of tandem trainers, where the instructor sat behind the student and tugged on the back of their shirt in order to get their attention. Cutting off the back of the shirt symbolizes that the instructor has no need to do that anymore. On their first ''crossing the equator'' in military and commercial navigation, each "pollywog" is subjected to a series of tests usually including running or crawling a gauntlet of abuse and various scenes supposedly situated at King Neptune's court. A ''pledge auction'' is a variation on the slave auction, where people bid on the paraded pledges. Hazing also occurs for apprentices in some trades. In printing, it consists of applying bronze blue to the apprentice's penis and testicles, a color made by mixing black printers ink and dark blue printers ink, which takes a long time to wash off. Similarly, mechanics get their groins smeared with old dirty grease. Hazing by women of their suitors, often assisted by the women's friends, can also play a role in budding romantic relationships, usually taking mental and psychological rather than physical forms, and apparently for the same basic purposes as other hazing.

Hazing supposedly serves a deliberate purpose of building solidarity. Psychologist Robert Cialdini uses the framework of consistency and commitment to explain the phenomenon of hazing and the vigor and zeal to which practitioners of hazing persist in and defend these activities even when they are made illegal. Cialdini cites a 1959 study in which the researchers observed that "persons who go through a great deal of trouble or pain to attain something tend to value it more highly than persons who attain the same thing with a minimum of effort". The 1959 study shaped the development of cognitive dissonance theory by Leon Festinger. There are several psychological effects that both the hazer and hazee endure throughout the hazing process. In an article published by Raalte, Cornelius, Linder, and Brewer, the researchers used sports teams as the subject of their study. The authors suggest that hazing can result in some positive outcomes. During the hazing process, a bond between the two parties (the hazer and the hazee) grew. Many people view hazing as an effective way to teach respect and develop discipline and loyalty within the group, and believe that hazing is a necessary component of initiation rites. Hazing can be used as a way to engender conformity within a social group, something that can be seen in many sociological studies. Moreover, initiation rituals when managed effectively can serve to build team cohesion and improve team performance, while negative and detrimental forms of hazing alienate and disparage individuals. Dissonance can produce feelings of group attraction or social identity among initiates after the hazing experience because they want to justify the effort used. Rewards during initiations or hazing rituals matter in that initiates who feel more rewarded express stronger group identity. As well as increasing group attraction, hazing can produce conformity among new members. Hazing could also increase feelings of affiliation because of the stressful nature of the hazing experience. Also, hazing has a hard time of being extinguished by those who saw it to be potentially dangerous like administration in education or law enforcement. In an article published by Linda Wilson, she and the National Pan-Hellenic Council Leaders at North Carolina Agricultural and Technical State University gave their perspectives and opinions on hazing at their institution, and she discussed why hazing is so hard to discontinue. The reason why is because the act of hazing is deeply rooted traditionally, so it becomes hard to break those traditional actions. For example, York College in Pennsylvania tried to solve this issue with suspending students who partake in the act. However, it is hard to dismantle not only because of tradition, but also because it is meant to be done in private spaces. It is not meant to be public which makes getting rid of it even harder. A 2014 paper by Harvey Whitehouse discusses theories that hazing can cause social cohesion though group identification and identity fusion. A 2017 study published in ''Scientific Reports'' found that groups that share painful or strong negative experiences can cause visceral bonding, and pro-group behavior. Students of Brazilian Jiu Jitsu who had experienced painful belt-whipping gauntlets had a higher willingness to donate time or risk their lives for the club. 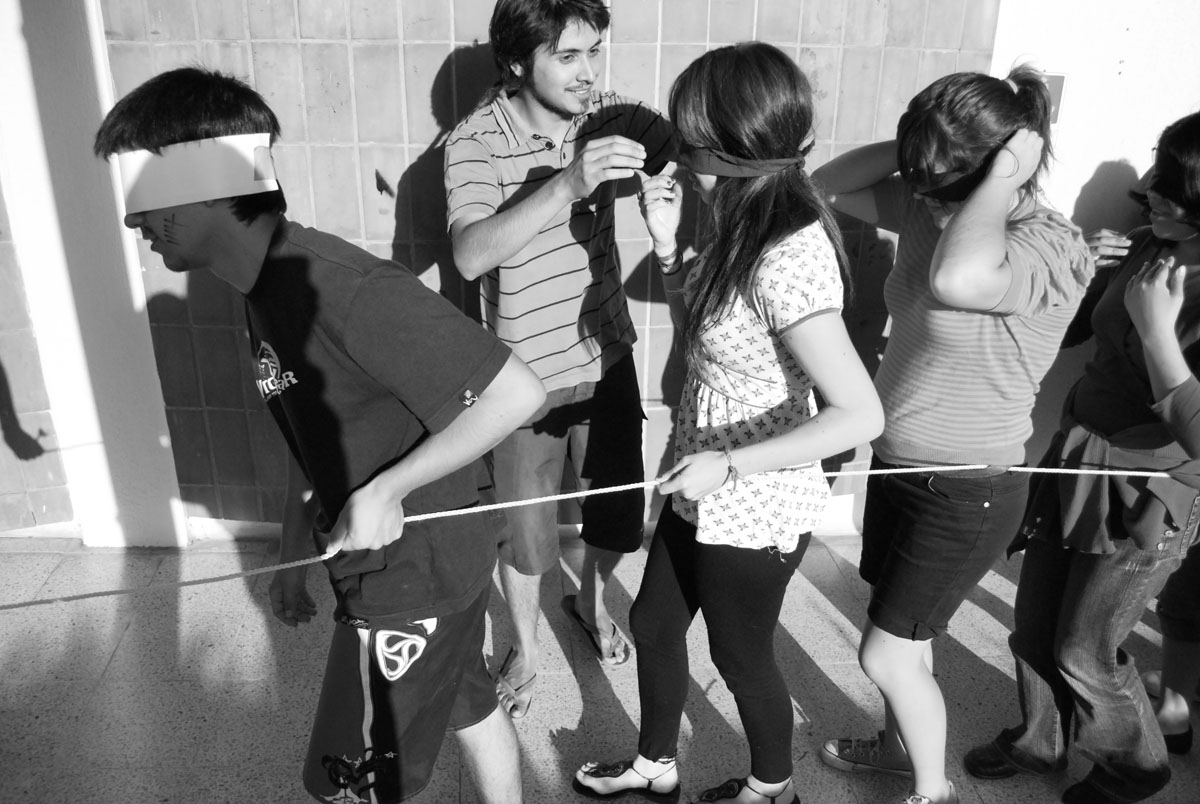 According to one of the largest US National Surveys regarding hazing including over 60,000 student athletes from 2,400 colleges and universities: The survey found that 79% of college athletes experienced some form of hazing to join their team, yet 60% of the student-athletes respondents indicated that they would not report incidents of hazing.