In
thermochemistry Thermochemistry is the study of the heat energy which is associated with chemical reaction A chemical reaction is a process that leads to the chemical transformation of one set of chemical substance A chemical substance is a form of matter ...
, an endothermic process is any process with an increase in the
enthalpy Enthalpy , a property of a thermodynamic system, is the sum of the system's internal energy and the product of its pressure and volume. It is a state function used in many measurements in chemical, biological, and physical systems at a constant p ...

''H'' (or
internal energy The internal energy of a thermodynamic system A thermodynamic system is a body of matter In classical physics and general chemistry, matter is any substance that has mass and takes up space by having volume. All everyday objects that ca ...
''U'') of the system. In such a process, a closed system usually absorbs
thermal energy Thermal radiation in visible light can be seen on this hot metalwork. Thermal energy refers to several distinct physical concepts, such as the internal energy of a system; heat or sensible heat, which are defined as types of energy transfer (as is ...
from its surroundings, which is
heat In thermodynamics Thermodynamics is a branch of physics that deals with heat, Work (thermodynamics), work, and temperature, and their relation to energy, entropy, and the physical properties of matter and radiation. The behavior of these ...

transfer into the system. It may be a chemical process, such as dissolving ammonium nitrate in water, or a physical process, such as the melting of ice cubes. The term was coined by
Marcellin Berthelot Pierre Eugène Marcellin Berthelot (; 1827–1907) was a French chemist A chemist (from Greek ''chēm(ía)'' alchemy; replacing ''chymist'' from Medieval Latin ''alchemist'') is a scientist A scientist is a person who conducts Scientific m ...

from the Greek roots ''endo-'', derived from the word "endon" (ἔνδον) meaning "within", and the root "therm" (θερμ-), meaning "hot" or "warm" in the sense that a process depends on absorbing heat if it is to proceed. The opposite of an endothermic process is an
exothermic process In thermodynamics, the term exothermic process (exo- : "outside") describes a process or reaction that releases energy from the system to its surroundings, usually in the form of heat, but also in a form of light (e.g. a spark, flame, or flash), ...
, one that releases or "gives out" energy, usually in the form of heat and sometimes as electrical energy. Thus in each term (endothermic and exothermic) the prefix refers to where heat (or electrical energy) goes as the process occurs.

Whether a process can occur spontaneously depends not only on the
enthalpy Enthalpy , a property of a thermodynamic system, is the sum of the system's internal energy and the product of its pressure and volume. It is a state function used in many measurements in chemical, biological, and physical systems at a constant p ...

change but also on the
entropy Entropy is a scientific concept as well as a measurable physical property that is most commonly associated with a state of disorder, randomness, or uncertainty. The term and the concept are used in diverse fields, from classical thermodynamic ... 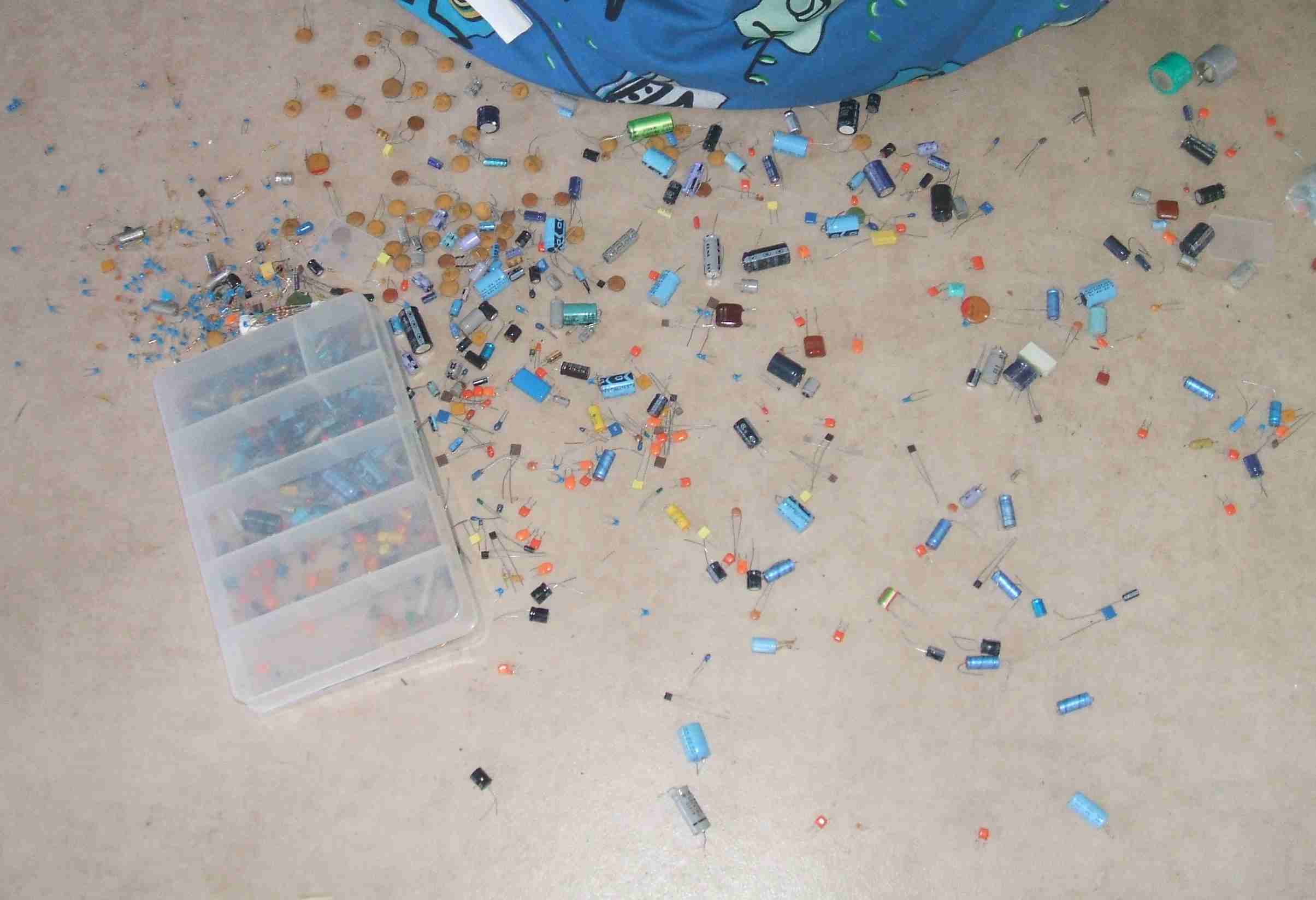 ''T''. If a process is a
spontaneous process In thermodynamics Thermodynamics is a branch of physics that deals with heat, Work (thermodynamics), work, and temperature, and their relation to energy, entropy, and the physical properties of matter and radiation. The behavior of these quanti ...

at a certain temperature, the products have a lower
Gibbs free energy In thermodynamics Thermodynamics is a branch of physics that deals with heat, Work (thermodynamics), work, and temperature, and their relation to energy, entropy, and the physical properties of matter and radiation. The behavior of these quan ...
''G'' = ''H'' - ''TS'' than the reactants (an
exergonic process An exergonic process is one which there is a positive flow of energy from the system to the surroundings. This is in contrast with an endergonic In chemical thermodynamics Chemical thermodynamics is the study of the interrelation of heat ...
), even if the enthalpy of the products is higher. Thus, an endothermic process usually requires a favorable entropy increase (∆''S'' > 0) in the system that overcomes the unfavorable increase in enthalpy so that still ∆''G'' < 0. While endothermic
phase transitions In chemistry Chemistry is the scientific discipline involved with Chemical element, elements and chemical compound, compounds composed of atoms, molecules and ions: their composition, structure, properties, behavior and the changes they und ...
into more disordered states of higher entropy, e.g. melting and vaporization, are common, spontaneous chemical processes at moderate temperatures are rarely endothermic. The enthalpy increase ∆''H'' >> 0 in a hypothetical strongly endothermic process usually results in ∆''G'' = ∆''H'' -''T''∆''S'' > 0, which means that the process will not occur (unless driven by electrical or photon energy). An example of an endothermic and exergonic process is C6H12O6 + 6 H2O → 12 H2 + 6 CO2, ∆r''H°'' = +627 kJ/mol, ∆r''G°'' = -31 kJ/mol

*
Evaporation Evaporation is a type of that occurs on the of a as it changes into the gas phase. The surrounding gas must not be saturated with the evaporating substance. When the molecules of the liquid collide, they transfer energy to each other bas ... 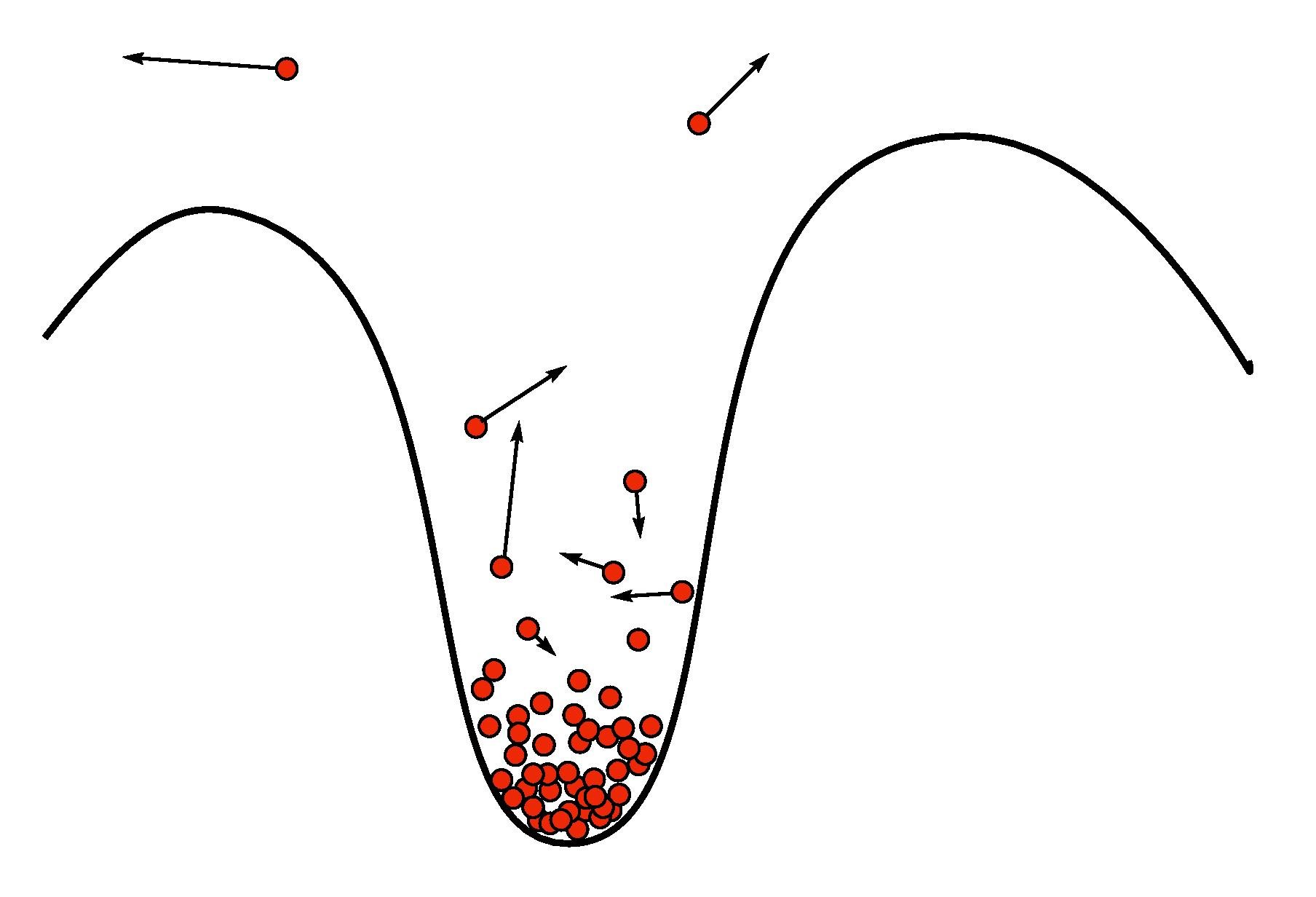 * Sublimation * Cracking of
alkane In , an alkane, or paraffin (a historical that also has ), is an . In other words, an alkane consists of and atoms arranged in a structure in which all the s are . Alkanes have the general chemical formula C''n''H2''n''+2. The alkanes rang ...
s *
Thermal decomposition Thermal decomposition, or thermolysis, is a chemical decompositionChemical decomposition, or chemical breakdown, is the process or effect of simplifying a single chemical entity (normal molecule, reaction intermediate, etc.) into two or more fra ...
*
Hydrolysis Hydrolysis (; ) is any chemical reaction in which a molecule of water breaks one or more chemical bonds. The term is used broadly for substitution Substitution may refer to: Arts and media *Chord substitution, in music, swapping one chord fo ...

*
Nucleosynthesis Nucleosynthesis is the process that creates new atomic nuclei from pre-existing nucleons (protons and neutrons) and nuclei. According to current theories, the first nuclei were formed a few minutes after the Big Bang, through nuclear reactions in a ...
of elements heavier than
nickel Nickel is a chemical element In chemistry, an element is a pure Chemical substance, substance consisting only of atoms that all have the same numbers of protons in their atomic nucleus, nuclei. Unlike chemical compounds, chemical elem ... 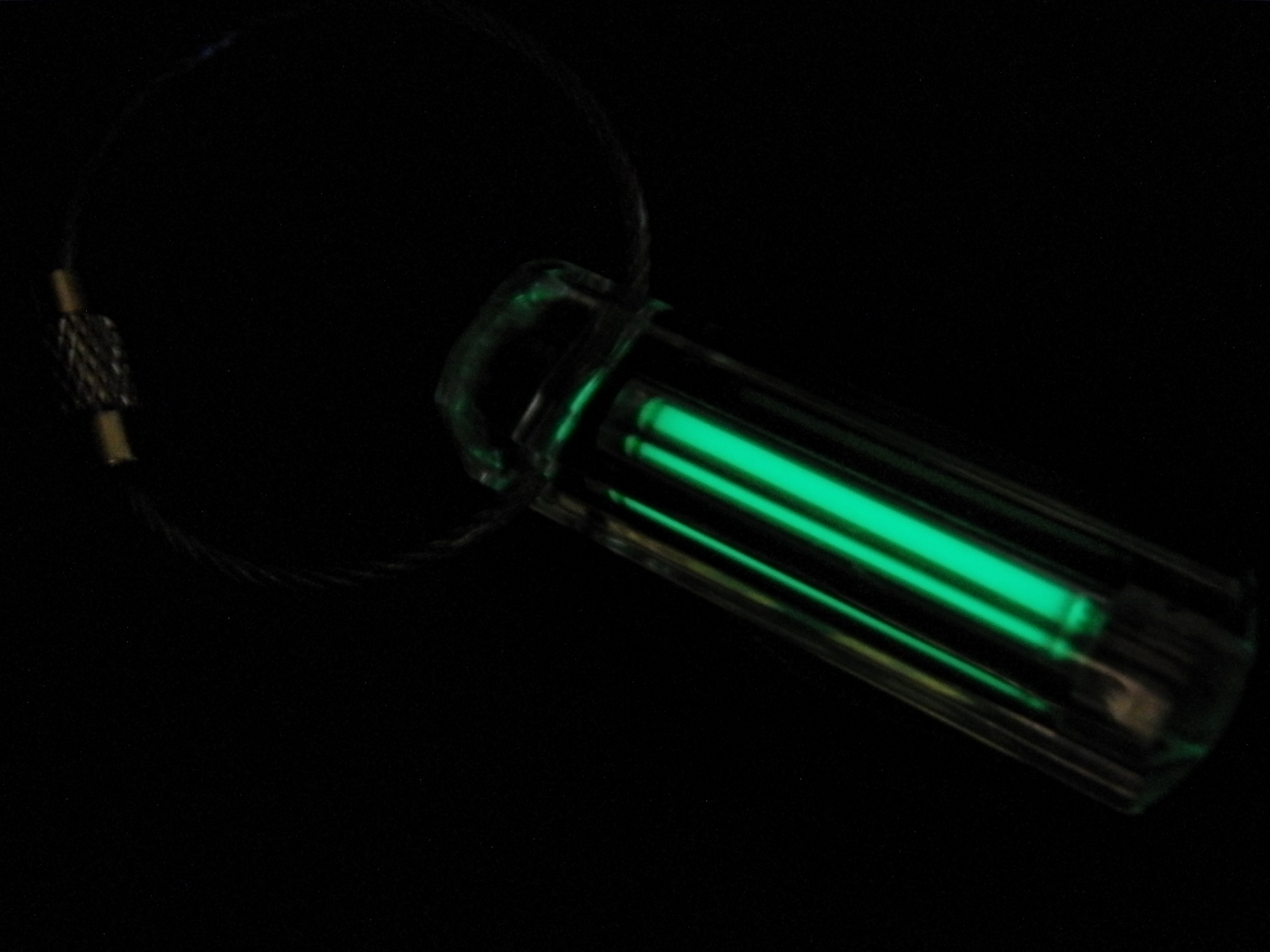 from
lithium-7 Naturally occurring lithium Lithium (from el, λίθος, lithos, lit=stone) is a chemical element with the Symbol (chemistry), symbol Li and atomic number 3. It is a soft, silvery-white alkali metal. Under standard temperature and pr ...

in an endothermic process, consuming 2.466 MeV. This was discovered when the 1954
Castle Bravo Castle Bravo was the first in a series of high-yield thermonuclear weapon design tests conducted by the United States at Bikini Atoll, Marshall Islands, as part of ''Operation Castle''. Detonated on March 1, 1954, the device was the most powerful n ...
nuclear test produced an unexpectedly high yield. * Nuclear fusion of elements heavier than
iron Iron () is a chemical element In chemistry Chemistry is the study of the properties and behavior of . It is a that covers the that make up matter to the composed of s, s and s: their composition, structure, properties, behav ...

in
supernova A supernova ( plural: supernovae or supernovas, abbreviations: SN and SNe) is a powerful and luminous stellar explosion. This transient astronomical event occurs during the last stellar evolution, evolutionary stages of a massive star or when a ...

Distinction between endothermic and endotherm

The terms "endothermic" and "endotherm" are both derived from
Greek#REDIRECT Greek Greek may refer to: Greece Anything of, from, or related to Greece Greece ( el, Ελλάδα, , ), officially the Hellenic Republic, is a country located in Southeast Europe. Its population is approximately 10.7 million as of ...
ἔνδον ''endon'' "within" and θέρμη ''thermē'' "heat", but depending on context, they can have very different meanings. In physics,
thermodynamics Thermodynamics is a branch of physics that deals with heat, Work (thermodynamics), work, and temperature, and their relation to energy, entropy, and the physical properties of matter and radiation. The behavior of these quantities is governed b ... 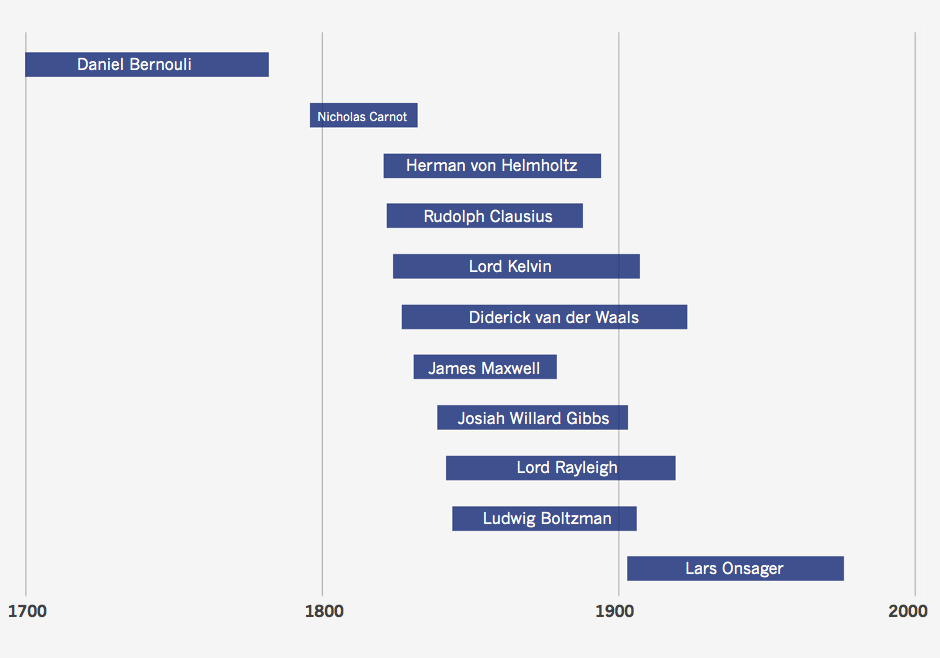 applies to processes involving a system and its surroundings, and the term "endothermic" is used to describe a reaction where energy is taken "(with)in" by the system (vs. an "exothermic" reaction, which releases energy "outwards"). In biology,
thermoregulation Thermoregulation is the ability of an organism In biology, an organism () is any organic, life, living system that functions as an individual entity. All organisms are composed of cells (cell theory). Organisms are classified by taxo ...
is the ability of an
organism In biology Biology is the natural science that studies life and living organisms, including their anatomy, physical structure, Biochemistry, chemical processes, Molecular biology, molecular interactions, Physiology, physiological ...

to maintain its body temperature, and the term "
endotherm An endotherm (from Greek ἔνδον ''endon'' "within" and θέρμη ''thermē'' "heat") is an organism that maintains its body at a metabolically favorable temperature, largely by the use of heat released by its internal bodily functions inste ...
" refers to an organism that can do so from "within" by using the heat released by its internal bodily functions (vs. an "
ectotherm An ectotherm (from the Greek#REDIRECT Greek Greek may refer to: Greece Anything of, from, or related to Greece Greece ( el, Ελλάδα, , ), officially the Hellenic Republic, is a country located in Southeast Europe. Its population i ...
", which relies on external, environmental heat sources) to maintain an adequate temperature.