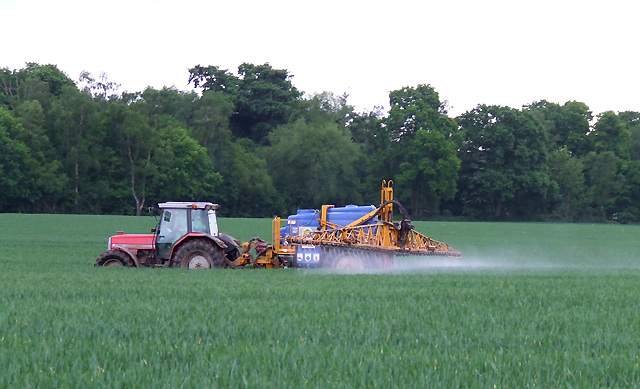 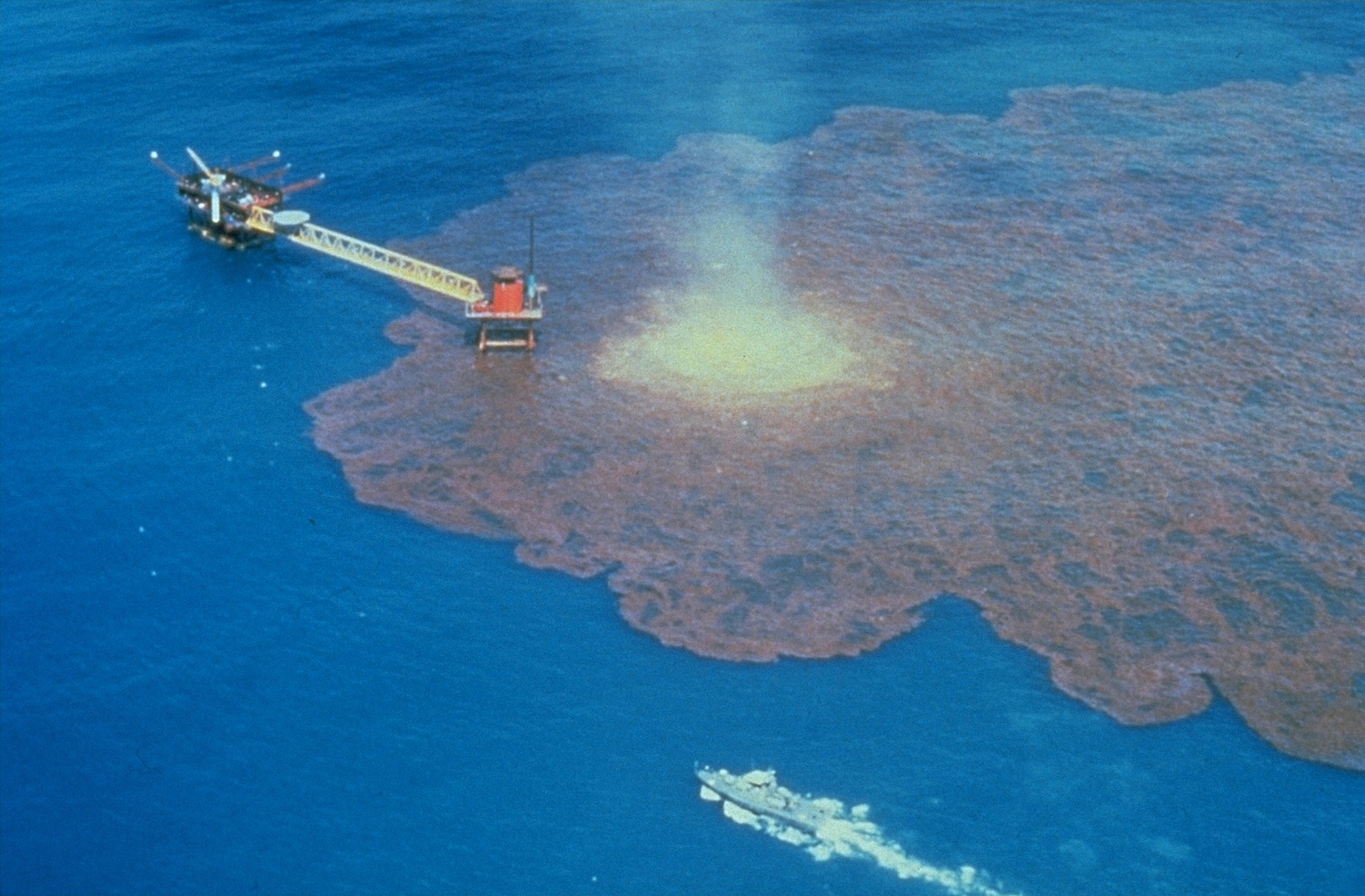 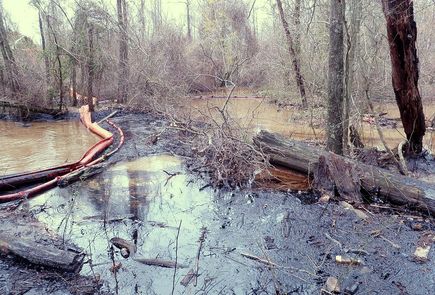 Ecotoxicity, the subject of study of the field of ecotoxicology (a portmanteau of ecology and toxicology), refers to the potential for biological, chemical or physical stressors to affect ecosystems. Such stressors might occur in the natural environment at densities, concentrations or levels high enough to disrupt the natural biochemistry, physiology, behavior and interactions of the living organisms that comprise the ecosystem. Ecotoxicology has been defined as, "the branch of toxicology concerned with the study of toxic effects, caused by natural or synthetic pollutants, to the constituents of ecosystems, animal (including human), vegetable and microbial, in an integral context".

In Canada, there is no law requiring manufactures to state the health and environmental hazards associated with their cleaning products. Many people buy such products to support a clean and healthy home, often unaware of the products ability to harm both their own health and the surrounding environment. "Canadians spend more than $275 million on household cleaning products in a year" Chemicals from these cleaners enter our bodies through air passageways and absorption through the skin and when these cleaning products are washed down the drain they negatively affect aquatic ecosystems. There are also no regulations in place stating that the ingredients be listed on labels of cleaning products leading the users to be ultimately unaware of the chemicals they expose themselves and their surrounding environments to.

Fragrance chemicals are found in most cleaning products, perfumes, and personal care products. More than 3000 chemicals are used in these fragrance mixtures. The synthetic musks used in detergents accumulate in the environment and are harmful to aquatic organisms. Certain musks are possible endocrine disruptors that interfere with hormone functioning. Phthalates are a common ingredient in these fragrance mixtures found in laundry detergents and fabric softeners. These phthalates are suspected endocrine disrupters that affect reproduction rates including reduced sperm count in males. Certain glass cleaners and floor polishes contain dibutyl phthalate (DBP). The European Union classifies DBP as very toxic to aquatic organisms, posing a huge danger as these cleaners, especially the floor polishes are often rinsed down the drain and into aquatic environments.

Phosphates are found in many dishwasher detergents, laundry detergents, and bathroom cleaners. They act as a fertilizer in water and in high concentrations can promote algae blooms and increase weed growth. When water containing phosphates are washed into water areas they carry with them fertilizers, nutrients, and wastes from the land. Phytoplankton and algae flourish at the surface due to increased phosphates. Dead phytoplankton and other organisms sink to the bottom giving rise to large numbers of decomposers due to increased food supply (dead organisms, phytoplankton). Due to the increased number of decomposers that use more oxygen, fish and shrimp at the lower layers of the ocean become oxygen-starved and hypoxic zones become apparent.

Quats are anti-microbial agents that are found in bathroom cleaners, fabric softeners, and degreasers. They are a class of irritants and sensitizers that negatively affect people who suffer from asthma. Chemicals in this class are persistent in aquatic environments, and toxic to the organisms that live in these environments. Many researchers are concerned that their widespread use in everyday household disinfectants and cosmetics are contributing to antibiotic resistant bacteria, thus limiting microbial infection treatment options.

Trisodium nitrilotriacetate is found in bathroom cleaners and possibly some laundry detergents although more actively used in industrial formulations. Small amounts add up in the environment and add to an overall toxic issue. In aquatic ecosystems these chemicals cause heavy metals in sediment to redissolve and many of these metals are toxic to fish and other wildlife.

Phthalates and BPA date back to the 1920s and 1930s. Phthalates have been applied as polyvinyl chloride (PVC) additives since 1926, but were also used for health care purposes as insect repellents and cercaricides. BPA is present in most aquatic environments, entering water systems through landfills and sewage treatment plant runoff allowing for bioaccumulation in aquatic organisms. These endocrine disrupters are a large group of chemicals that enter into the aquatic environment through the manufacturing of various industrial and consumer products, agriculture and food/drug processing, waste water treatment plants and human wastes. Phthalate esters are common additives that soften and make PVC more flexible. It is used in many everyday items such as medical devices, packaging for fragrances and cosmetics, ropes and varnishes, in plastic used to wrap food, and shower curtains. These Phthalate esters have been found in areas of water, air, sediment, and in gulfs and rivers around the world, Giam et al. as cited by. Phalates and BPA affect reproduction in animal groups such as Molluscs, crustaceans, amphibians and fish. Most of these plasticizers affect hormone systems, and some phthalates have even larger pathways of disruption. Phthalates and BPA have been proven to affect development and reproduction in a variety of species. Disturbances include changes in the number of offspring produced and reduced hatching success. In amphibians for example, phthalates and BPA disrupt thyroid functioning which in turn impacts larval development. Molluscs, crustaceans and amphibians appear to be more responsive than fish, with most effects being induced in low concentration ranges with the exception of disrupted spermatogenesis in fish in the low range. A Phthalate referred to as diethyl phthalate (DEP) enters the aquatic environment through industries that manufacture cosmetics, plastics and many commercial products that pose hazards to aquatic organisms and human health. Through exposing an adult male common Carp (Cyprinus carpio) to LC50 doses it was evident that a bioaccumulation of DEP in testis, liver, brain, gills and muscle tissue was present. Fish exposed to 20 ppm of DEP became drowsy and discolored during the onset of the fourth week. Sources of DEP contamination and accumulation in humans include cosmetic products and dietary meat of fish, Persky et al. This DEP acts as a cosmetic ingredient and vehicle for fragrances, both which come in contact with the skin. Many countries around the world including India practice sewage fed fisheries where waste waters are used for the purpose of culturing fish. Endocrine disruption and a presence of phthalate residue is highly likely to be observable in these sewage fed fish. This is the case as waste water from various industries and garbage containing DEP are released into these waters. Through a DEP treatment with Cyprinus carpio, liver size was observed to increase and testis size decreased. In fish, muscle ALT and AST activities decreased as it was effected by DEP treatment. Like many toxic chemicals DEP has been known to affect metabolic enzyme profiles and activities of phosphatases and transaminases, Ghorpade et al. as cited by. A decrease in immunity of M. rosenbergii after exposure to DEP was also noted. Given that biological effect concentrations for plasticizers used in the laboratory coincide with concentrations present in the environment, it seems that some wildlife species must be negatively impacted.

Personal care products can reach the environment through drainage from waste water treatment plants and digested sludge. Recently, the anti-dandruff and antimycotic, Climbazole, was detected in waste water treatment drainages. Climbazole is readily used in cosmetics, and is an ingredient in anti-dandruff shampoos. Shampoos contain formulations of up to 2.0% which is the equivalent of approximately 15g/L. Climbazole is classified as very toxic to aquatic organisms. It affects the growth of green algae Pseudokirchneriella subcapitata at very low concentrations. Zebrafish experienced lethal effects after exposure to climbazole in laboratory testing. Effects included thickening of fertilized eggs, lack of somite formation, lack of detachment of the tail bud from the yolk sac, and lack of a heartbeat were evaluated after 48 hours. Along with Danio rerio, Lemna minor, Navicula pelliculosa, Pseudokirchneriella subcapitata, and Daphnia magna were tested and all were found to be negatively affected by climbazole in a concentration-dependent manner with highest toxicity observed in L. minor. Effects included stunted colony growth and darkening in color. Effects of climbazole on oats and turnip included retarded, stunted growth of the leaves and shoot as well as turning darker in color. The aquatic ecotoxicity of climbazole can be classified as very toxic to Lemna and algae, toxic to fish and harmful to Daphnia.

Pesticides often pose serious problems as they kill not only targeted organisms but also non-targeted organisms in the process. They are released into the natural environment intentionally by people who are often unaware that the chemicals will travel further than anticipated, Hatakeyama et al. as cited in. Thus the pesticides largely affect the natural communities in which they are used. They negatively effect multiple levels ranging from molecules to tissues to organs to individuals to populations and onto communities. In the natural environment, a combination of pesticide exposure and natural stressors such as fluctuating temperature, food shortage or decreased oxygen availability are worse than when presented alone. Pesticides can affect the feeding rates of zoo-plankton. In the presence of pesticides zoo-plankton display lower feeding rates which result in reduced growth and reproduction. Swimming may also be affected by pesticides which poses a life-threatening issue for zoo-plankton as they swim to obtain food and nutrients and avoid predators. Such changes may alter predator-prey relationships. A spinning behavior became apparent in Daphnia induced by carbaryl which increased the probability of the Daphnia being eaten by other fish, Dodson et al. as cited by. The toxicant pentachlorophenol increases swimming speed in the rotifer Brachionus calyciflorus, in turn increasing the encounter rate of the prey with their predators, Preston et al. as cited by.