A dugout canoe or simply dugout is a boat made from a hollowed tree. Other names for this type of boat are logboat and monoxylon. ''Monoxylon'' (''μονόξυλον'') (pl: ''monoxyla'') is Greek -- ''mono-'' (single) + ''ξύλον xylon'' (tree) -- and is mostly used in classic Greek texts. In German, they are called Einbaum ("one tree" in English). Some, but not all, pirogues are also constructed in this manner. Dugouts are the oldest boat type archaeologists have found, dating back about 8,000 years to the Neolithic Stone Age. This is probably because they are made of massive pieces of wood, which tend to preserve better than, e.g., bark canoes. Along with bark canoe and hide kayak, dugout boats were also used by indigenous peoples of the Americas. 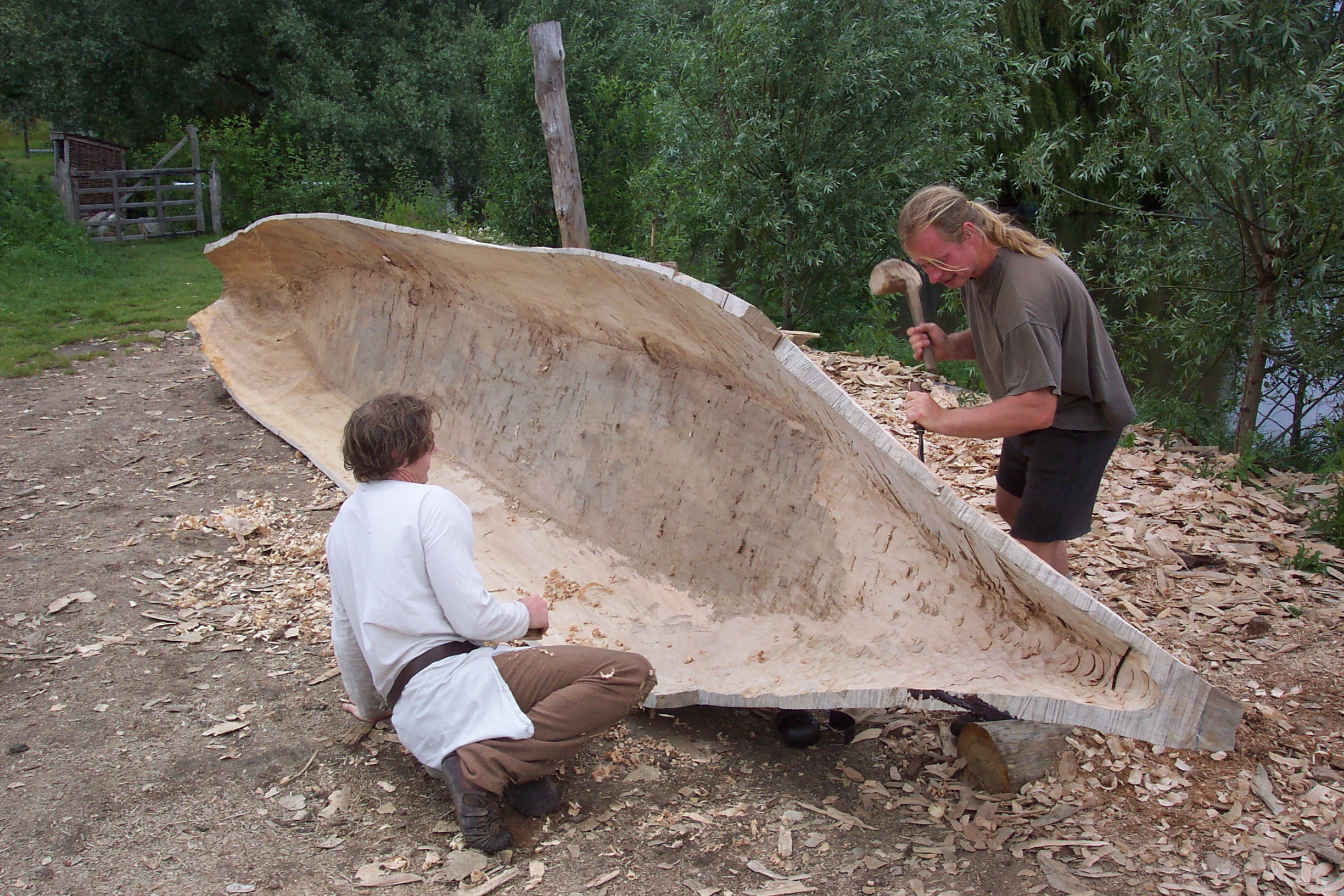 Construction of a dugout begins with the selection of a log of suitable dimensions. Sufficient wood needed to be removed to make the vessel relatively light in weight and buoyant, yet still strong enough to support the crew and cargo. Specific types of wood were often preferred based on their strength, durability, and density. The shape of the boat is then fashioned to minimize drag, with sharp ends at the bow and stern. First, the bark is removed from the exterior. Before the appearance of metal tools, dugouts were hollowed out using controlled fires. The burnt wood was then removed using an adze. Another method using tools is to chop out parallel notches across the interior span of the wood, then split out and remove the wood from between the notches. Once hollowed out, the interior was dressed and smoothed out with a knife or adze. More primitive designs keep the tree's original dimensions, with a round bottom. However, it is possible to carefully steam the sides of the hollow log until they are pliable, then bend to create a more flat-bottomed "boat" shape with a wider beam in the centre. For travel in the rougher waters of the ocean, dugouts can be fitted with outriggers. One or two smaller logs are mounted parallel to the main hull by long poles. In the case of two outriggers, one is mounted on either side of the hull.

The Dufuna canoe from Nigeria is an 8000-year-old dugout, the oldest boat discovered in Africa, and the third-oldest worldwide. The well-watered tropical rainforest and woodland regions of sub-Saharan Africa provide both the waterways and the trees for dugout canoes, which are commonplace from the Limpopo River basin in the south through East and Central Africa and across to West Africa. African Teak is the timber favoured for their construction, though this comprises a number of different species, and is in short supply in some areas. Dugouts are paddled across deep lakes and rivers or punted through channels in swamps (see ''makoro'' or ''mtumbwi'') or in shallow areas, and are used for transport, fishing, and hunting, including, in the past, the very dangerous hunting of hippopotamus. Dugouts are called pirogues in Francophone areas of Africa.

An 8000-year-old dugout canoe was found by archaeologists in Kuahuqiao, Zhejiang Province, in east China. This is the earliest canoe found in Asia. The Moken, an ethnic group that lives in Myanmar's Mergui Archipelago and the north of Thailand as sea nomads, still builds and uses dugout canoes. According to the Moken's accounts of their people's origin, a mythical queen punished the forbidden love of their ancestral forefather for his sister-in-law by banishing him and his descendants to life on sea in dugout canoes with indentations fore and aft ("a mouth that eats and a rear that defecates"), symbolizing the unending cycle of ingestion, digestion and evacuation. A centuries-old unfinished dugout boat, a big banca (five tons, measuring 8 by 2 by 1.5 meters) was accidentally retrieved on November, 2010 by Mayor Ricardo Revita at Barangay Casanicolasan, Rosales, Pangasinan, Philippines, in Lagasit River, near Agno River. It is now on display in front of the Municipal Town Hall. 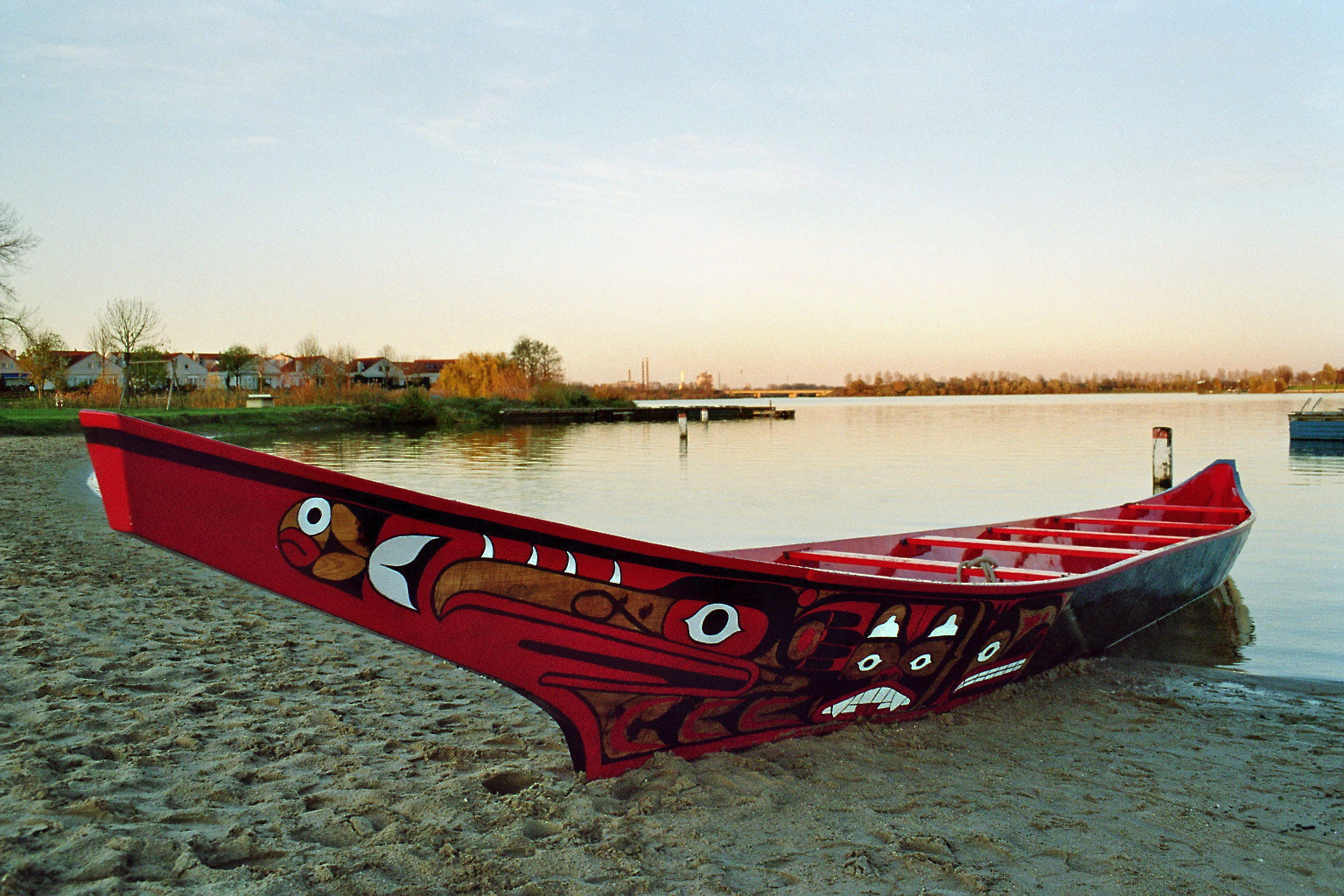 Dugout canoes were constructed by indigenous people throughout the Americas, where suitable logs were available. The Native Americans of the Pacific Northwest were and are still very skilled at crafting wood. Best known for totem poles up to tall, they also construct dugout canoes over long for everyday use and ceremonial purposes. In the state of Washington, dugout canoes are traditionally made from huge cedar logs (such as Pacific red cedar) for ocean travellers, while natives around smaller rivers use Spruce logs, the Cedar logs have a resilience in salt water much greater than Spruce. In 1978, Geordie Tocher and two companions sailed a dugout canoe (the ''Orenda II''), based on Haida designs (but with sails), from Vancouver, British Columbia, Canada to Hawaii. The dugout was long, made of Douglas fir, and weighed . The mission was launched to add credibility to stories that the Haida had travelled to Hawaii in ancient times. Altogether, the group ventured some 4,500 miles (7,242 km) after two months at sea. 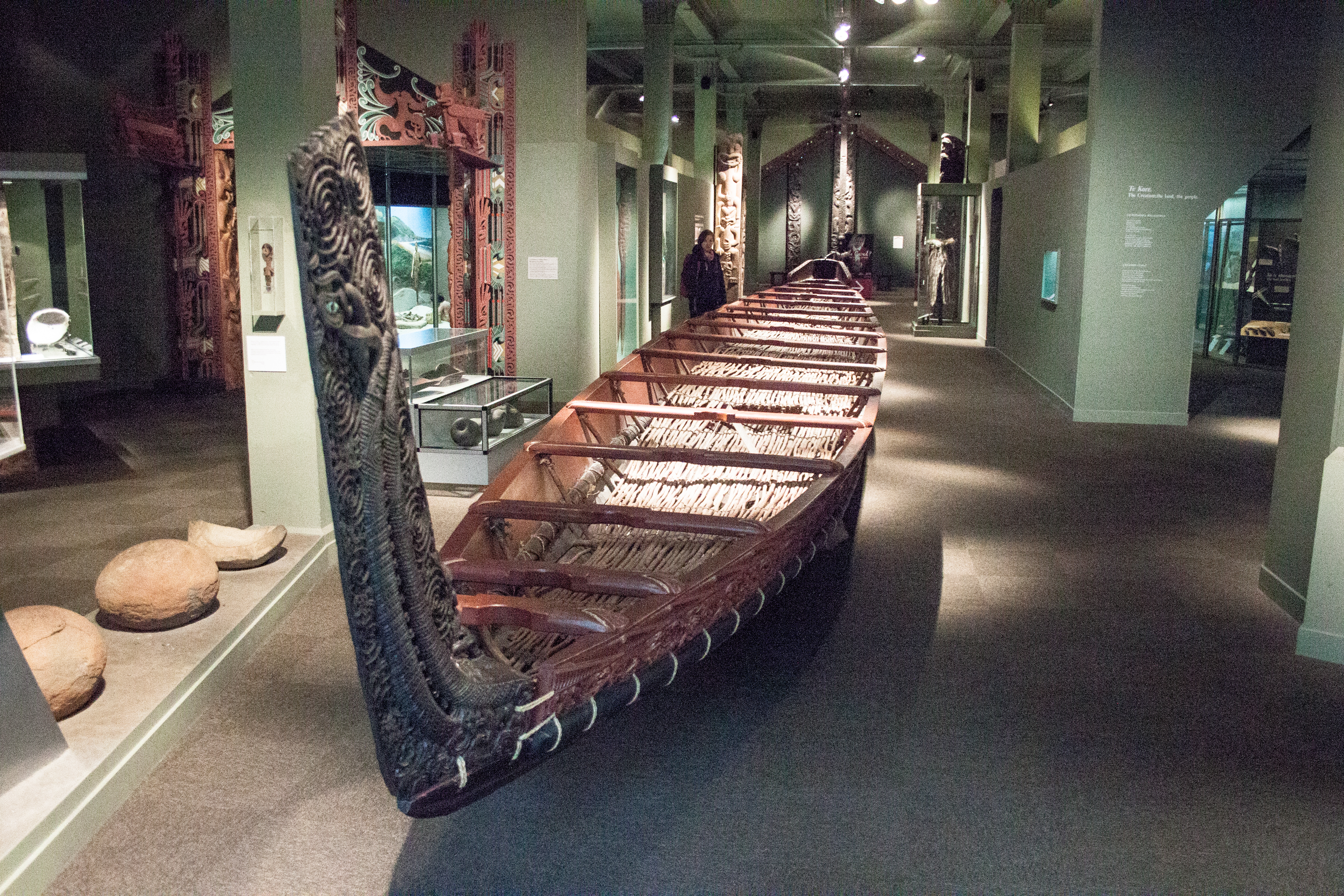