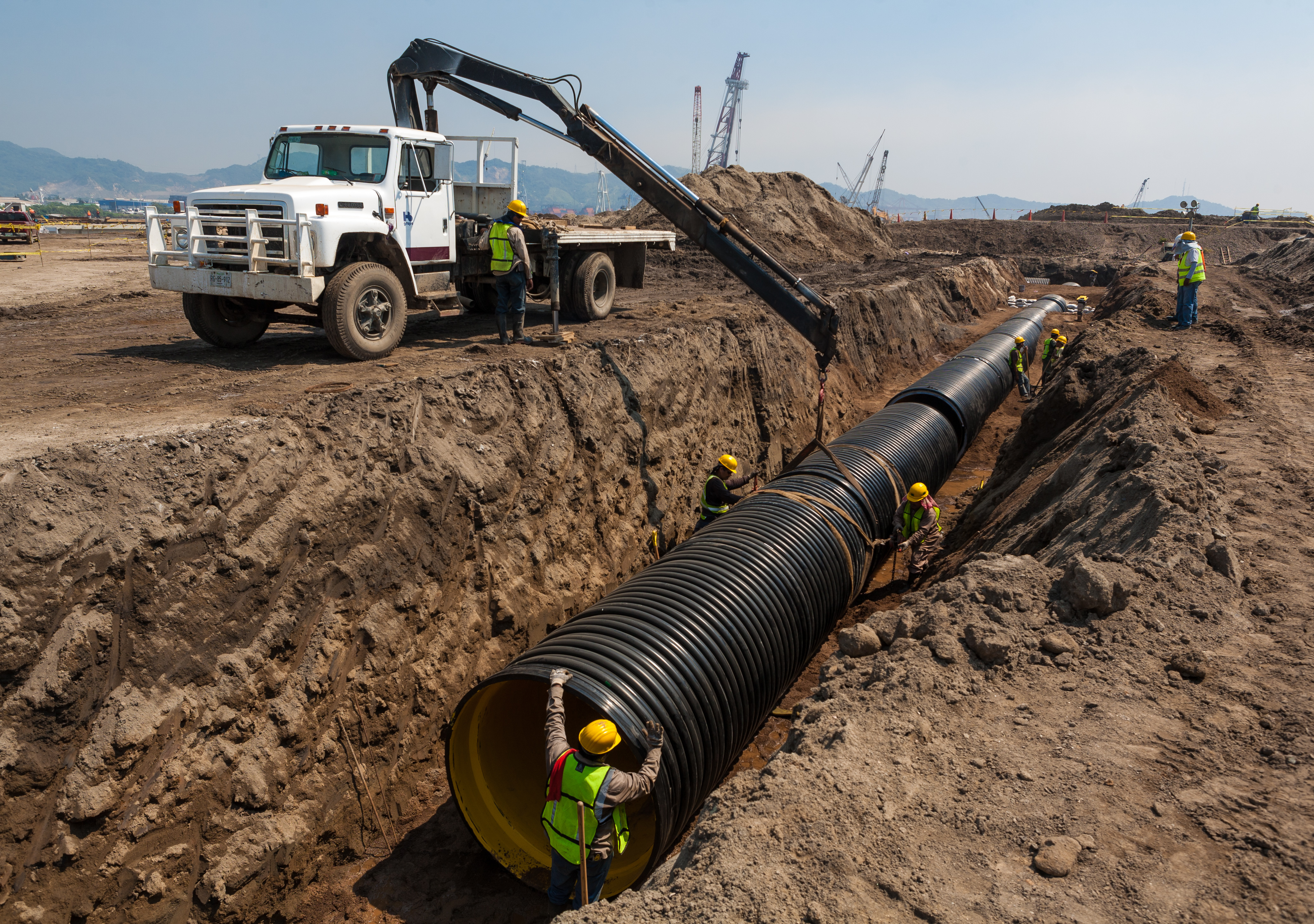 Drainage is the natural or artificial removal of a surface's water and sub-surface water from an area with excess of water. The internal drainage of most agricultural soils is good enough to prevent severe waterlogging (anaerobic conditions that harm root growth), but many soils need artificial drainage to improve production or to manage water supplies. 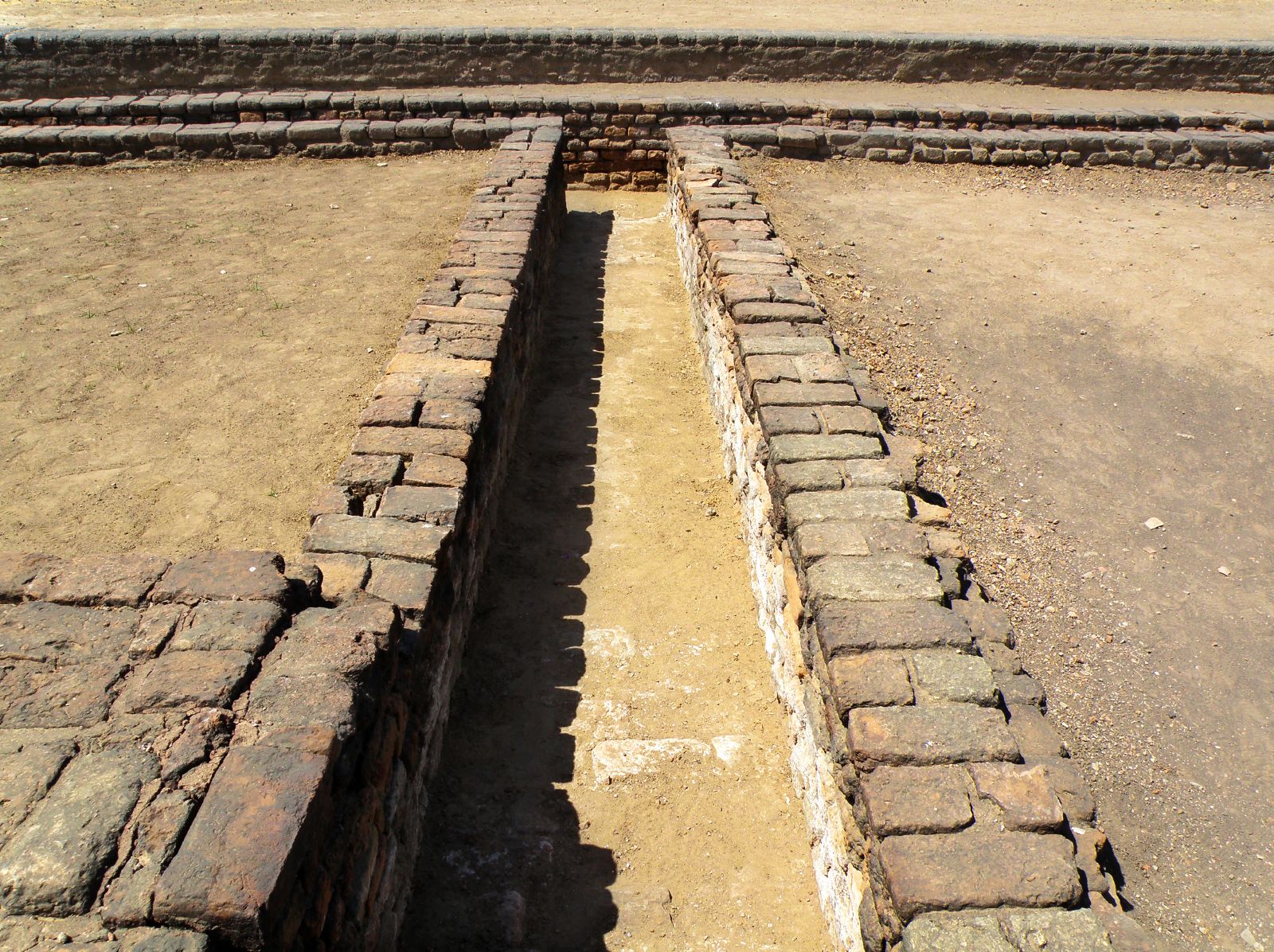 The Indus Valley Civilization had advanced sewerage and drainage systems. All houses in the major cities of Harappa and Mohenjo-daro had access to water and drainage facilities. Waste water was directed to covered gravity sewers, which lined the major streets.

, a historical drain in the City of Sydney The invention of hollow-pipe drainage is credited to Sir Hugh Dalrymple, who died in 1753.

New drainage systems incorporate geotextile filters that retain and prevent fine grains of soil from passing into and clogging the drain. Geotextiles are synthetic textile fabrics specially manufactured for civil and environmental engineering applications. Geotextiles are designed to retain fine soil particles while allowing water to pass through. In a typical drainage system, they would be laid along a trench which would then be filled with coarse granular material: gravel, sea shells, stone or rock. The geotextile is then folded over the top of the stone and the trench is then covered by soil. Groundwater seeps through the geotextile and flows through the stone to an outfell. In high groundwater conditions a perforated plastic (PVC or PE) pipe is laid along the base of the drain to increase the volume of water transported in the drain. Alternatively, a prefabricated plastic drainage system made of HDPE, often incorporating geotextile, coco fiber or rag filters can be considered. The use of these materials has become increasingly more common due to their ease of use which eliminates the need for transporting and laying stone drainage aggregate which is invariably more expensive than a synthetic drain and concrete liners. Over the past 30 years geotextile, PVC filters and HDPE filters have become the most commonly used soil filter media. They are cheap to produce and easy to lay, with factory controlled properties that ensure long term filtration performance even in fine silty soil conditions.

Seattle's Public Utilities created a pilot program called Street Edge Alternatives (SEA Streets) Project. The project focuses on designing a system "to provide drainage that more closely mimics the natural landscape prior to development than traditional piped systems". The streets are characterized by ditches along the side of the roadway, with plantings designed throughout the area. An emphasis on non curbed sidewalks allows water to flow more freely into the areas of permeable surface on the side of the streets. Because of the plantings, the run off water from the urban area does not all directly go into the ground, but can also be absorbed into the surrounding environment. Monitoring conducted by Seattle Public Utilities reports a 99 percent reduction of storm water leaving the drainage project