A desktop computer is a personal computer designed for regular use at a single location on or near a desk or table due to its size and power requirements. The most common configuration has a case that houses the power supply, motherboard (a printed circuit board with a microprocessor as the central processing unit, memory, bus, and other electronic components), disk storage (usually one or more hard disk drives, solid state drives, optical disc drives, and in early models a floppy disk drive); a keyboard and mouse for input; and a computer monitor, speakers, and, often, a printer for output. The case may be oriented horizontally or vertically and placed either underneath, beside, or on top of a desk. 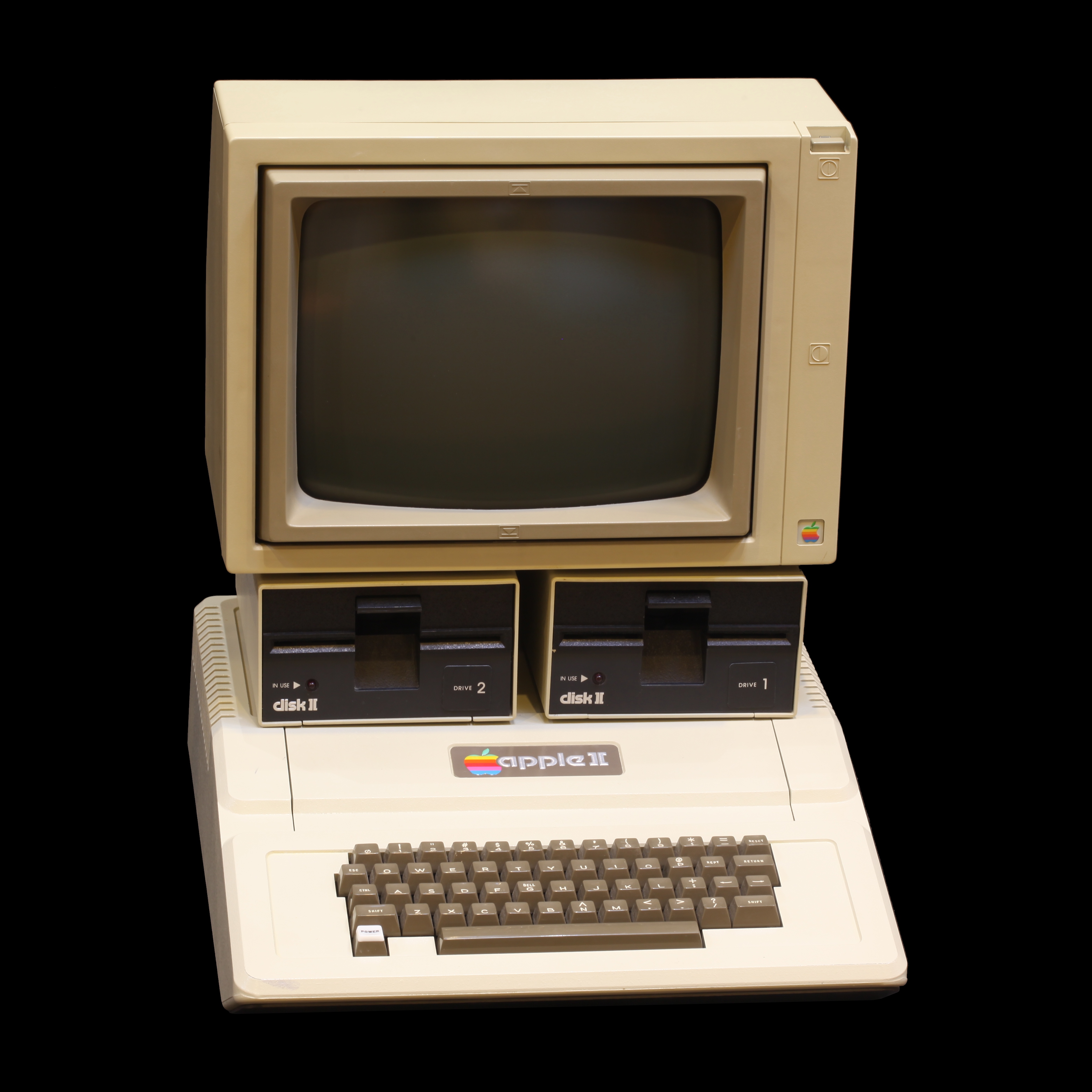 Prior to the widespread use of microprocessors, a computer that could fit on a desk was considered remarkably small; the type of computers most commonly used were minicomputers, which were themselves desk-sized. Early computers took up the space of a whole room. Minicomputers generally fit into one or a few refrigerator-sized racks. It was not until the 1970s when fully programmable computers appeared that could fit entirely on top of a desk. 1970 saw the introduction of the Datapoint 2200, a "smart" computer terminal complete with keyboard and monitor, was designed to connect with a mainframe computer but that didn't stop owners from using its built-in computational abilities as a stand-alone desktop computer. The HP 9800 series, which started out as programmable calculators in 1971 but was programmable in BASIC by 1972, used a smaller version of a minicomputer design based on ROM memory and had small one-line LED alphanumeric displays and displayed graphics with a plotter. The Wang 2200 of 1973 had a full-size cathode ray tube (CRT) and cassette tape storage. The IBM 5100 in 1975 had a small CRT display and could be programmed in BASIC and APL. These were generally expensive specialized computers sold for business or scientific uses.

Apple II, TRS-80 and Commodore PET were first generation personal home computers launched in 1977, which were aimed at the consumer market – rather than businessmen or computer hobbyists. ''Byte'' magazine referred to these three as the "1977 Trinity" of personal computing. Throughout the 1980s and 1990s, desktop computers became the predominant type, the most popular being the IBM PC and its clones, followed by the Apple Macintosh, with the third-placed Commodore Amiga having some success in the mid-1980s but declining by the early 1990s. 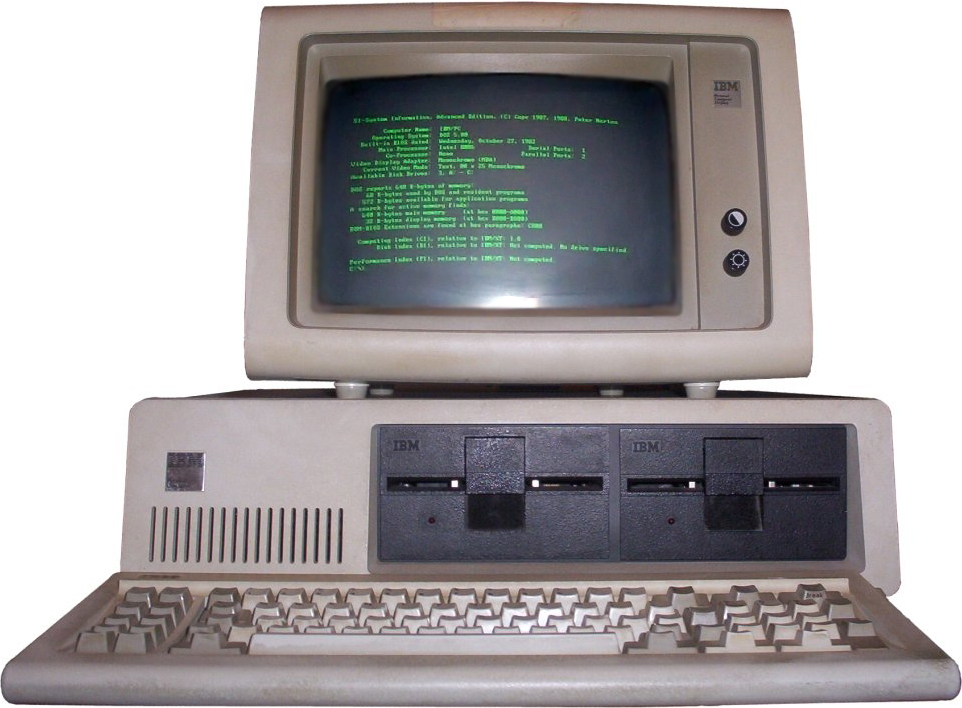 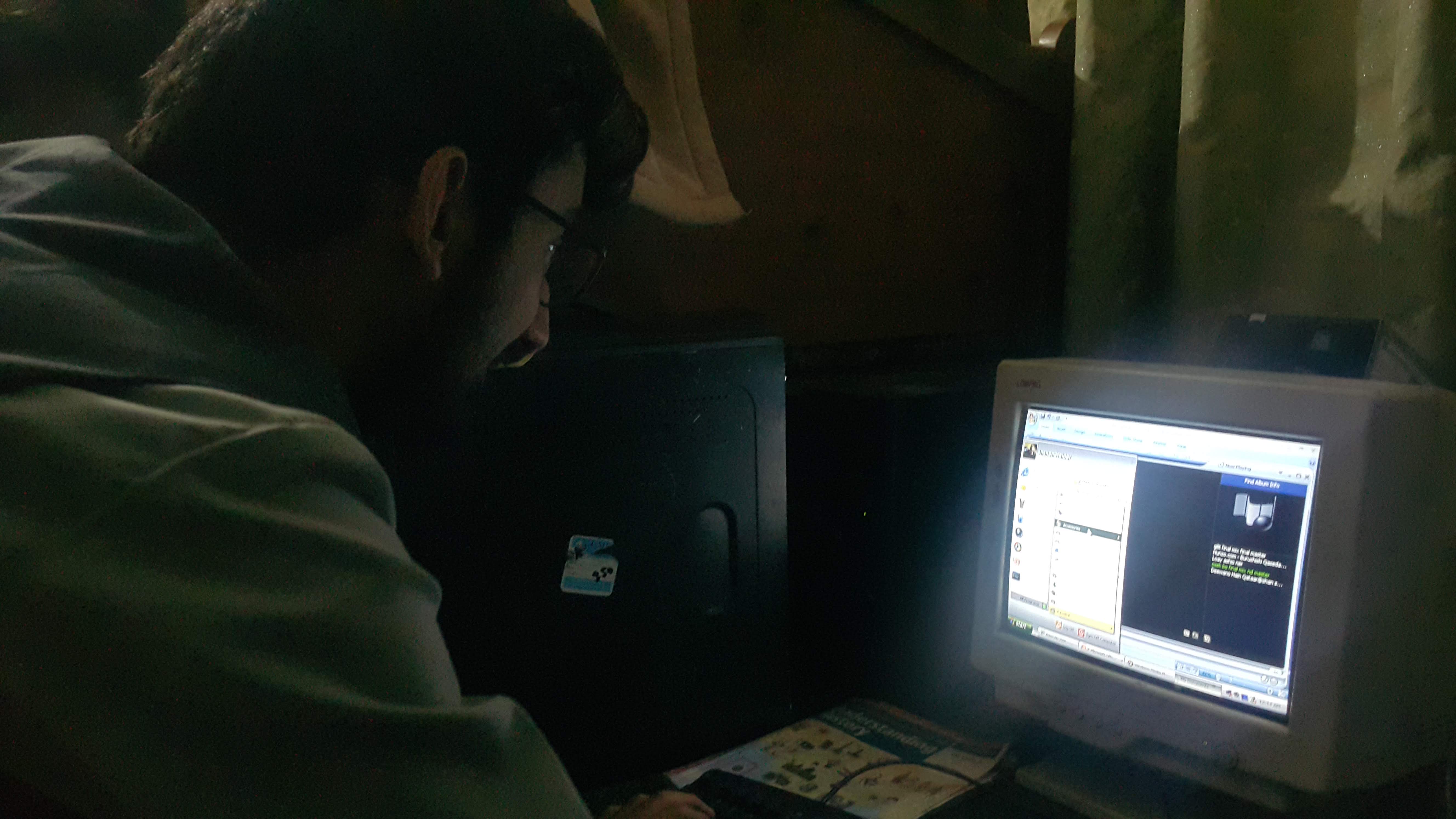 Early personal computers, like the original IBM Personal Computer, were enclosed in a "desktop case", horizontally oriented to have the display screen placed on top, thus saving space on the user's actual desk, although these cases had to be sturdy enough to support the weight of CRT displays that were widespread at the time. Over the course of the 1990s, desktop cases gradually became less common than the more-accessible tower cases (Tower was a trademark of NCR created by ad agency Reiser Williams deYong) that may be located on the floor under or beside a desk rather than on a desk. Not only do these tower cases have more room for expansion, they have also freed up desk space for monitors which were becoming larger every year. Desktop cases, particularly the compact form factors, remain popular for corporate computing environments and kiosks. Some computer cases can be interchangeably positioned either horizontally (desktop) or upright (mini-tower). Influential games such as ''Doom'' and ''Quake'' during the 1990s had pushed gamers and enthusiasts to frequently upgrade to the latest CPUs and graphics cards (3dfx, ATI, and Nvidia) for their desktops (usually a tower case) in order to run these applications, though this has slowed since the late 2000s as the growing popularity of Intel integrated graphics forced game developers to scale back. Creative Technology's Sound Blaster series were a ''de facto'' standard for sound cards in desktop PCs during the 1990s until the early 2000s, when they were reduced to a niche product, as OEM desktop PCs came with sound boards integrated directly onto the motherboard.

While desktops have long been the most common configuration for PCs, by the mid-2000s the growth shifted from desktops to laptops. Notably, while desktops were mainly produced in the United States, laptops had long been produced by contract manufacturers based in Asia, such as Foxconn. This shift led to the closure of the many desktop assembly plants in the United States by 2010. Another trend around this time was the increasing proportion of inexpensive base-configuration desktops being sold, hurting PC manufacturers such as Dell whose build-to-order customization of desktops relied on upselling added features to buyers. Battery-powered portable computers had just a 2% worldwide market share in 1986. However, laptops have become increasingly popular, both for business and personal use. Around 109 million notebook PCs shipped worldwide in 2007, a growth of 33% compared to 2006. In 2008, it was estimated that 145.9 million notebooks were sold and that the number would grow in 2009 to 177.7 million. The third quarter of 2008 was the first time when worldwide notebook PC shipments exceeded desktops, with 38.6 million units versus 38.5 million units. The sales breakdown of the Apple Macintosh has seen sales of desktop Macs staying mostly constant while being surpassed by that of Mac notebooks whose sales rate has grown considerably; seven out of ten Macs sold were laptops in 2009, a ratio projected to rise to three out of four by 2010. The change in sales of form factors is due to the desktop iMac moving from affordable (iMac G3) to upscale (iMac G4) and subsequent releases are considered premium all-in-ones. By contrast, the MSRP of the MacBook laptop lines have dropped through successive generations such that the MacBook Air and MacBook Pro constitute the lowest price of entry to a Mac, with the exception of the even more inexpensive Mac Mini (albeit without a monitor and keyboard), not surprisingly the MacBooks are the top-selling form factors of the Macintosh platform today. The decades of development mean that most people already own desktop computers that meet their needs and have no need of buying a new one merely to keep pace with advancing technology. Notably, the successive release of new versions of Windows (Windows 95, 98, XP, Vista, 7, 8, 10 and so on) had been drivers for the replacement of PCs in the 1990s, but this slowed in the 2000s due to the poor reception of Windows Vista over Windows XP. Recently, some analysts have suggested that Windows 8 has actually hurt sales of PCs in 2012, as businesses have decided to stick with Windows 7 rather than upgrade. Some suggested that Microsoft has acknowledged "implicitly ringing the desktop PC death knell" as Windows 8 offers little upgrade in desktop PC functionality over Windows 7; instead, Windows 8's innovations are mostly on the mobile side. The post-PC trend has seen a decline in the sales of desktop and laptop PCs. The decline has been attributed to increased power and applications of alternative computing devices, namely smartphones and tablet computers. Although most people exclusively use their smartphones and tablets for more basic tasks such as social media and casual gaming, these devices have in many instances replaced a second or third PC in the household that would have performed these tasks, though most families still retain a powerful PC for serious work. Among PC form factors, desktops remain a staple in the enterprise market but have lost popularity among home buyers. PC makers and electronics retailers have responded by investing their engineering and marketing resources towards laptops (initially netbooks in the late 2000s, and then the higher-performance Ultrabooks from 2011 onwards), which manufacturers believe have more potential to revive the PC market than desktops. In April 2017, StatCounter declared a "Milestone in technology history and end of an era" with the Android operating system more popular than Windows (the operating system that made desktops dominant over mainframe computers). Windows is still most popular on desktops (and laptops), while smartphones (and tablets) use Android, iOS (Apple products) or Windows 10 Mobile.

Although for casual use traditional desktops and laptops have seen a decline in sales, in 2018, global PC sales experienced a resurgence, driven by the business market. Desktops remain a solid fixture in the commercial and educational sectors. In addition, gaming desktops have seen a global revenue increase of 54% annually. For gaming, the global market of gaming desktops, laptops, and monitors is expected to grow to 61.1 million shipments by the end of 2023, up from 42.1 million, with desktops growing from 15.1 million shipments to 19 million. PC gaming as a whole now accounts for 28% of the total gaming market as of 2017. This is partially due to the increasing affordability of desktop PCs.

Full-sized desktops are characterized by separate display and processing components. These components are connected to each other by cables or wireless connections. They often come in a tower form factor. These computers are easy to customize and upgrade per user requirements, e.g. by expansion card.

An ''all-in-one'' desktop computer integrates the system's internal components into the same case as the display, thus occupying a smaller footprint (with fewer cables) than desktops that incorporate a tower. The all-in-one form factor was popular during the early 1980s for personal computers intended for professional use such as the Kaypro II, Osborne 1, TRS-80 Model II and Compaq Portable. Many manufacturers of home computers like Commodore and Atari included the computer's motherboard into the same enclosure as the keyboard; these systems were most often connected to a television set for display. Apple has manufactured several popular examples of all-in-one computers, such as the original Macintosh of the mid-1980s and the iMac of the late 1990s and 2000s. Some all-in-one desktops, such as the iMac G4, have used laptop components in order to reduce the size of the system case. By the mid 2000s, many all-in-one designs have used flat panel displays, and later models have incorporated touchscreen displays, allowing them to be used similarly to a mobile tablet.