In law, codification is the process of collecting and restating the law of a
jurisdiction Jurisdiction (from Latin ''Wikt:ius#Latin, juris'' 'law' + ''Wikt:dictio, dictio'' 'declaration') is the practical authority granted to a legal body to administer justice, as defined by the kind of case, and the location of the issue (its ). In f ...
in certain areas, usually by subject, forming a legal code, i.e. a
codex

(
book A book is a medium for recording information Information can be thought of as the resolution of uncertainty; it answers the question of "What an entity is" and thus defines both its essence and the nature of its characteristics. The conc ... 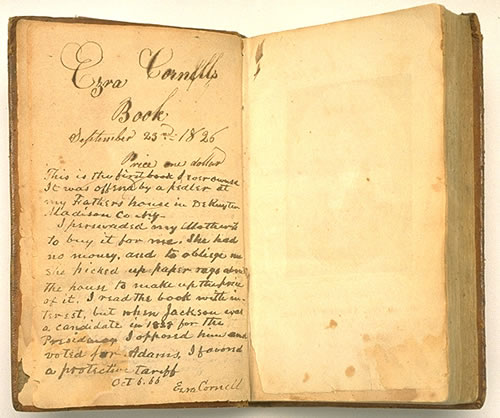 ) of law. Codification is one of the defining features of civil law jurisdictions. In common law systems, such as that of
English law English law is the common law List of national legal systems, legal system of England and Wales, comprising mainly English criminal law, criminal law and Civil law (common law), civil law, each branch having its own Courts of England and Wales, ...
, codification is the process of converting and consolidating judge-made law into statute law.

Ancient
Sumer Sumer ()The name is from Akkadian '; Sumerian ''kig̃ir'', written and ,approximately "land of the civilized kings" or "native land". means "native, local", iĝir NATIVE (7x: Old Babylonian)from ''The Pennsylvania Sumerian Dictionary''). ...
's Code of Ur-Nammu was compiled ''circa'' 2050–1230 BC, and is the earliest known surviving
civil code A civil code is a codification of private law relating to property law, property, family law, family, and law of obligations, obligations. A jurisdiction that has a civil code generally also has a code of civil procedure. In some jurisdictions w ...
. Three centuries later, the Babylonian king
Hammurabi

enacted the
set of laws named after him 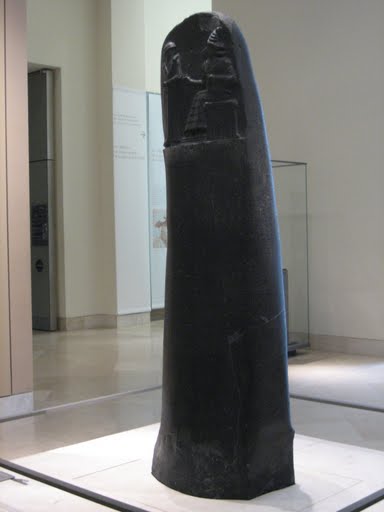 . Besides religious laws such as
Halakha ''Halakha'' (; he, הֲלָכָה, ; also Romanization of Hebrew, transliterated as ''halacha'', ''halakhah'', ''halachah'', or ''halocho''; ) is the collective body of Judaism, Jewish religious laws derived from the Torah, written and Oral Tor ...
, important codifications were developed in the ancient Roman Empire, with the compilations of the Twelve Tables, Lex Duodecim Tabularum and much later the Corpus Juris Civilis. These codified laws were the exceptions rather than the rule, however, as during much of ancient times Roman laws were left mostly uncodified. The first ''permanent'' system of codified laws could be found in imperial China , with the compilation of the ''Tang Code'' in AD 624. This formed the basis of the Chinese criminal law, criminal code, which was eventually replaced by the ''Great Qing Legal Code'', which was in turn abolished in 1912 following the Xinhai Revolution and the establishment of the Republic of China (1912–1949), Republic of China. The new law of the Republic of China, laws of the Republic of China were inspired by the German codified work, the Bürgerliches Gesetzbuch. A very influential example in Europe was the French Napoleonic code of 1804. Another early system of laws is Hindu law framed by Manu and called as Manu Smriti, dating back to the 2nd century BC. The use of civil codes in Islamic Sharia law began with the Ottoman Empire in the 16th century AD.

civil law (legal system), Civil law jurisdictions rely, Civil law (legal system)#Codification, by definition, on codification. A notable early example were the Statutes of Lithuania, in the 16th century. The movement towards codification gained momentum during the Age of Enlightenment, Enlightenment, and was implemented in several European countries during the late 18th century (see
civil code A civil code is a codification of private law relating to property law, property, family law, family, and law of obligations, obligations. A jurisdiction that has a civil code generally also has a code of civil procedure. In some jurisdictions w ...
). However, it only became widespread after the enactment of the French Napoleonic Code (1804), which has heavily influenced the legal systems of many other countries.

The English judge Sir Mackenzie Chalmers is renowned as the draftsman of the Bills of Exchange Act 1882, the Sale of Goods Act 1893 and the Marine Insurance Act 1906, all of which codified existing common law principles. The Sale of Goods Act was repealed and re-enacted by the Sale of Goods Act 1979 in a manner that revealed how sound the 1893 original had been. The Marine Insurance Act (mildly amended) has been a notable success, adopted ''verbatim'' in many common law jurisdictions. Most of England's criminal laws have been codified, partly because this enables precision and certainty in prosecution. However, large areas of the common law, such as the law of contract and the law of tort remain remarkably untouched. In the last 80 years there have been statutes that address immediate problems, such as the Law Reform (Frustrated Contracts) Act 1943 (which, ''inter alia'', coped with contracts rendered void by war), and the Contracts (Rights of Third Parties) Act 1999, which amended the Privity of contract, doctrine of privity. However, there has been no progress on the adoption of Harvey McGregor's ''Contract Code'' (1993), even though the Law Commission, together with the Scots Law Commission, asked him to produce a proposal for the comprehensive codification and unification of the contract law of England and Scotland. Similarly, codification in the law of tort has been at best piecemeal, a rare example of progress being the Law Reform (Contributory Negligence) Act 1945. Consolidation bill, Consolidation bills are routinely passed to organize the law.

In the United States, act of Congress, acts of Congress, such as federal statutes, are published chronologically in the order in which they become law – often by being signed by the President of the United States, President, on an individual basis in official pamphlets called "slip laws", and are grouped together in official bound book form, also chronologically, as "session laws". The "session law" publication for Federal statutes is called the United States Statutes at Large. A given act may be a single page or hundreds of pages in length. An act may be classified as either a "Public Law" or a "Private Law". Because each Congressional act may contain laws on a variety of topics, many acts, or portions thereof are also rearranged and published in a topical, subject matter codification by the Office of the Law Revision Counsel. The official codification of Federal statutes is called the United States Code. Generally, only "Public Laws" are codified. The United States Code is divided into "titles" (based on overall topics) numbered 1 through 54. Title 18 of the United States Code, Title 18, for example, contains many of the Federal criminal statutes. Title 26 is the Internal Revenue Code. Even in code form, however, many statutes by their nature pertain to more than one topic. For example, the statute making Tax avoidance and tax evasion, tax evasion a felony pertains to both criminal law and tax law, but is found only in the Internal Revenue Code. Other statutes pertaining to taxation are found not in the Internal Revenue Code but instead, for example, in the Bankruptcy Code in Title 11 of the United States Code, or the Judiciary Code in Title 28 of the United States Code, Title 28. Another example is the national minimum drinking age, not found in Title 27 of the United States Code, Title 27, ''Intoxicating liquors'', but in Title 23 of the United States Code, Title 23, ''Highways''
§158
Further, portions of some Congressional acts, such as the provisions for the effective dates of amendments to codified laws, are themselves not codified at all. These statutes may be found by referring to the acts as published in "slip law" and "session law" form. However, commercial publications that specialize in legal materials often arrange and print the uncodified statutes with the codes to which they pertain. In the United States, the individual states, either officially or through private commercial publishers, generally follow the same three-part model for the publication of their own statutes: slip law, session law, and codification. Rules and regulations that are promulgated by agencies of the Federal government of the United States#Executive branch, Executive Branch of the United States Federal Government are codified as the Code of Federal Regulations. These regulations are authorized by specific enabling legislation passed by the legislative branch, and generally have the same force as statutory law.

Papal attempts at codification of the scattered mass of canon law spanned the eight centuries since Gratian (jurist), Gratian produced his ''Decretum Gratiani, Decretum'' c. 1150. In the 13th century especially canon law became the object of scientific study, and different compilations were made by the Roman Pontiffs. The most important of these were the five books of the ''Decretales Gregorii IX'' and the ''Liber Sextus'' of Pope Boniface VIII, Boniface VIII. The legislation grew with time. Some of it became obsolete, and contradictions crept in so that it became difficult in recent times to discover what was of obligation and where to find the law on a particular question.

Since the close of the ‘’Corpus Juris’’ numerous new laws and decrees had been issued by popes, councils, and Congregation (Roman Curia), Roman Congregations. No complete collection of them had ever been published and they remained scattered through the ponderous volumes of the ‘’Bullaria’’ the ‘’Acta Sanctae Sedis’’, and other such compilations, which were accessible to only a few and for professional canonists themselves and formed an unwieldy mass of legal material. Moreover, not a few ordinances, whether included in the ‘’Corpus Juris’’ or of more recent date, appeared to be contradictory; some had been formally abrogated, others had become obsolete by long disuse; others, again, had ceased to be useful or applicable in the present condition of society. Great confusion was thus engendered and correct knowledge of the law rendered very difficult even for those who had to enforce it. When the Vatican Council met in 1869 a number of bishops of different countries petitioned for a new compilation of church law that would be clear and easily studied. The council never finished its work and no attempt was made to bring the legislation up to date. By the 19th Century, this body of legislation included some 10,000 norms. Many of these were difficult to reconcile with one another due to changes in circumstances and practice. In response to the request of the bishops at the First Vatican Council, on 14 May 1904, with the ''motu proprio'' ''Arduum sane munus'' ("A Truly Arduous Task"), Pope Pius X set up a commission to begin reducing these diverse documents into a single code, presenting the normative portion in the form of systematic short canons shorn of the preliminary considerations ("Whereas...") and omitting those parts that had been superseded by later developments. By the winter of 1912, the "whole span of the code" had been completed, so that a provisional text was printed.