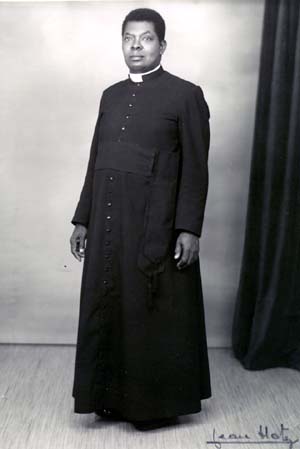 The cassock or soutane is a Christian clerical clothing coat used by the clergy of the Catholic Church and the Eastern Orthodox Church, in addition to certain Protestant denominations such as Anglicans and Lutherans. "Ankle-length garment" is the literal meaning of the corresponding Latin term, ''vestis talaris''. It is related to the habit, which is traditionally worn by nuns, monks, and friars. The cassock derives historically from the tunic of classical antiquity that in ancient Rome was worn underneath the toga and the chiton that was worn beneath the himation in ancient Greece. In religious services, it has traditionally been worn underneath vestments, such as the alb. In the West, the cassock is little used today except for religious services, save for traditionalist Catholic clergy who continue to wear the cassock as their standard clerical attire. However, in many countries it was the normal everyday wear of the clergy until the 1960s, when it was largely replaced by clerical suits, distinguished from lay dress by being generally black and by a black shirt incorporating a clerical collar.

The word ''cassock'' comes from Middle French , meaning a long coat. In turn, the Old French word may come ultimately from Turkish (nomad, adventurer – the source of the word ''Cossack''), an allusion to their typical riding coat, or from Persian (padded garment) – (raw silk) + (stuffed). The name was originally specially applied to the dress worn by soldiers and horsemen, and later to the long garment worn in civil life by both men and women. As an ecclesiastical term, the word ''cassock'' came into use somewhat late (as a translation of the old names of ''subtanea'', ''vestis talaris'', ''toga talaris'', or ''tunica talaris''), being mentioned in Canon LXXIV (74) of the Anglican ''1604 Canons''; and it is in this sense alone that it now survives. The word ''soutane'' is a French-derived word, coming from Italian , derived in turn from Latin , the adjectival form of (beneath).

The cassock (or soutane) comes in a number of styles or cuts, though no particular symbolism attaches to these. A Roman cassock often has a series of buttons down the front. In some English-speaking countries these buttons may be merely ornamental, with a concealed fly-front buttoning, known as a Chesterfield front, used to fasten the garment. A French cassock also has buttons sewn to the sleeves after the manner of a suit, and a slightly broader skirt. An Ambrosian cassock has a series of only five buttons under the neck, with a sash on the waist. A Jesuit cassock, in lieu of buttons, has a fly fastened with hooks at the collar and is bound at the waist with a cincture knotted on the right side. The ordinary Roman cassock worn by Roman Catholic clerics (as distinct from that worn as choir dress) is black except in tropical countries, where because of the heat it is white and usually without shoulder cape (pellegrina). Coloured piping and buttons are added in accordance with rank: black for priests, purple for chaplains of His Holiness; amaranth red for bishops, protonotaries apostolic and Honorary Prelates; and scarlet red for cardinals. The 1969 Instruction on the dress of prelates stated that for all of them, even cardinals, the dress for ordinary use may be a simple black cassock without coloured trim. A band cincture or sash, known also as a fascia, may be worn with the cassock. The Instruction on the dress of prelates specifies that the two ends that hang down by the side have silk fringes, abolishing the sash with tassels. A black faille fascia is worn by priests, deacons, and major seminarians, while a purple faille fascia is used by bishops, protonotaries apostolic, honorary prelates, and chaplains of His Holiness, when wearing a cassock with coloured trim. A black watered-silk fascia is permitted for priests attached to the papal household, a purple watered-silk fascia for bishops attached to the papal household (for example, Apostolic Nuncios), and a scarlet watered-silk fascia for cardinals. The Pope wears a white watered-silk fascia, sometimes with his coat of arms on the ends.

In choir dress, chaplains of His Holiness wear their purple-trimmed black cassocks with a cotta, but bishops, protonotaries apostolic, and honorary prelates use (with a cotta or, in the case of bishops, a rochet and mozzetta) cassocks that are fully purple (this purple corresponds more closely with a Roman purple and is approximated as fuchsia) with scarlet trim, while those of cardinals are fully scarlet with scarlet trim. Cardinals have the additional distinction of having both choir cassock sleeves and the fascia made of scarlet watered-silk. The ''cut'' of the choir cassock is still a Roman-cut or French-cut Roman cassock. In the past, a cardinal's cassock was made entirely of watered silk, with a train that could be fastened at the back of the cassock. This train was abolished by the ''motu proprio'' ''Valde solliciti'' of Pope Pius XII with effect from 1 January 1953. With the same ''motu proprio'', the Pope ordered that the violet cassock (then used in penitential periods and in mourning) be made of wool, not silk, and in February 1965, under Pope Paul VI, a circular of the Sacred Ceremonial Congregation abolished the use of watered silk also for the red cassock. An elbow-length shoulder cape, open in front, is sometimes worn with the cassock, either fixed to it or detachable. It is known as a pellegrina. It is distinct from the mozzetta, which is buttoned in front and is worn over a rochet. The general rule of the Roman Catholic Church is that the pellegrina may be worn with the cassock by cardinals and bishops. In 1850, the year in which he restored the Catholic hierarchy in England and Wales, Pope Pius IX was understood to grant to all priests there the privilege of wearing a replica in black of his own white caped cassock. Since then, the wearing of the pellegrina with the cassock has been a sign of a Roman Catholic priest in England and Wales, Scotland, Ireland, Australia, and New Zealand, although sometimes imitated by Anglican priests. In his 1909 book, ''Costume of Prelates of the Catholic Church'', John Abel Felix Prosper Nainfa proposed the use of the English word "simar", instead of the word "cassock", for the garment with shoulder cape, which he treated as distinct from the cassock proper. Others too have made the same distinction between the "simar" (with pellegrina) and the "cassock" (without), but many scholars disagree with Nainfa's distinction. More particularly, documents of the Holy See make no such distinction, using the term ''cassock'' or ''vestis talaris'' whether a pellegrina is attached or is not. Thus the 1969 instruction states that, for cardinals and bishops, "the elbow-length cape, trimmed in the same manner as this ''cassock'', may be worn over it".