In
English tort law English tort law concerns the compensation for harm to people's rights to health and safety, a clean environment, property, their economic interests, or their reputations. A "tort" is a wrong in civil, rather than English criminal law, criminal law ...
, there can be no
liability Liability may refer to: Law * Legal liability, in both civil and criminal law ** Public liability, part of the law of tort which focuses on civil wrongs ** Product liability, the area of law in which manufacturers, distributors, suppliers, retai ...
in
negligence Negligence (Lat. ''negligentia'') is a failure to exercise appropriate and/or ethical ruled care expected to be exercised amongst specified circumstances. The area of tort A tort, in common law jurisdiction, is a civil wrong (other than br ... 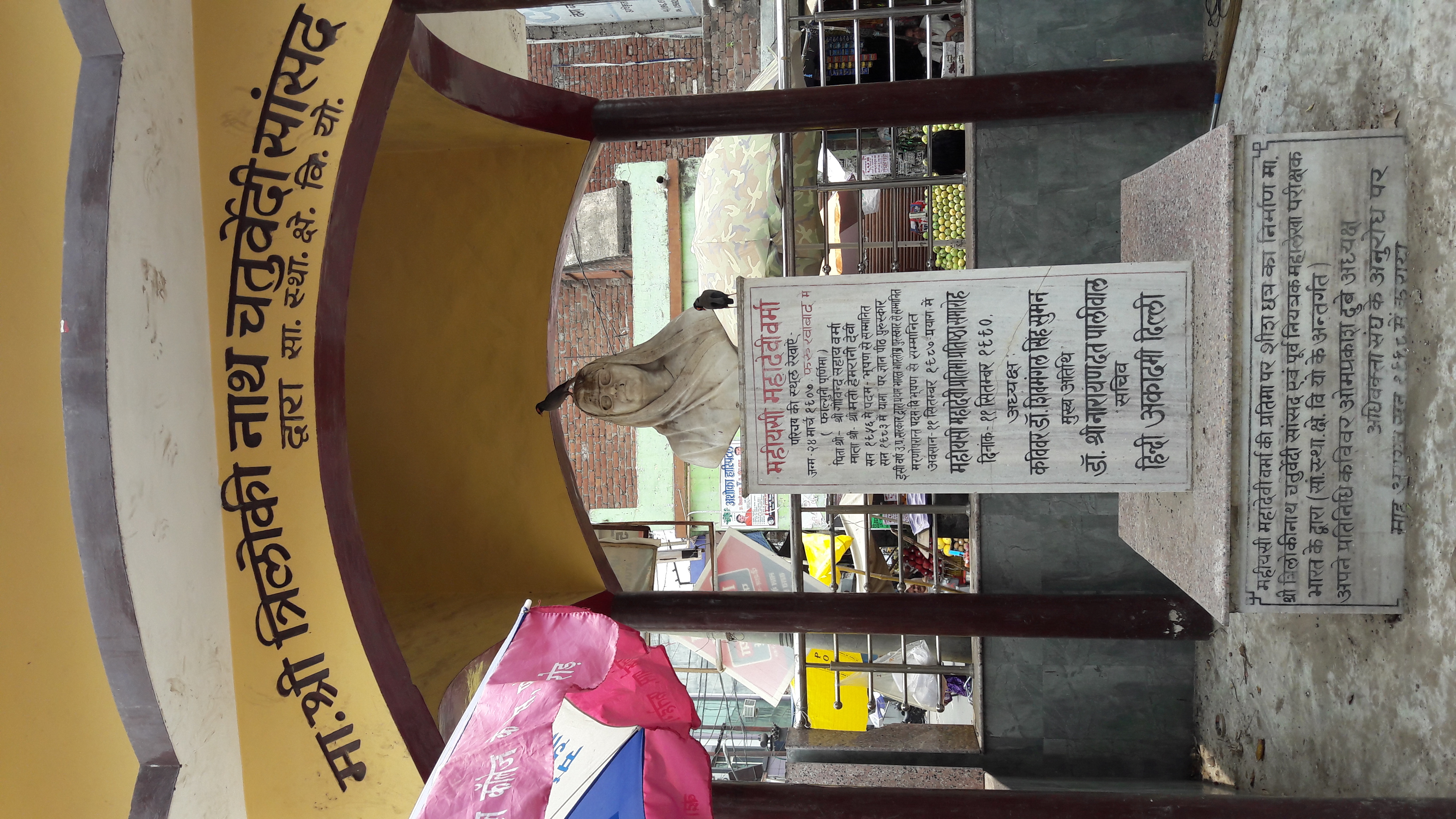 unless the
claimant A plaintiff ( Π in legal shorthand) is the party who initiates a lawsuit A lawsuit is a proceeding by a party or parties against another in the civil Civil may refer to: *Civic virtue, or civility *Civil action, or lawsuit *Civil affai ...
establishes both that they were owed a
duty of care In tort law A tort, in common law jurisdiction, is a civil wrong (other than breach of contract) that causes a claimant to suffer loss or harm, resulting in legal liability for the person who commits the tortious act. It can include intenti ...
by the defendant, and that there has been a breach of that duty. The defendant is in breach of duty towards the claimant if their conduct fell short of the standard expected under the circumstances.

The standard of "the man on the Clapham omnibus" is not applied in all cases, since this might lead to unfairness. There are defendants for whom this standard is much too low and would exonerate an obvious wrongdoing. In other cases, the standard may be seen as too demanding of the defendant in the circumstances. The most common examples are the cases of specialist defendants, inexperienced defendants and child defendants.

The test of an ordinary average person would not be appropriate for defendants that profess or hold themselves out as professing a certain skill. The "man on the Clapham omnibus" does not have that skill and the conduct expected from a skilled professional is not the same as could be expected of an ordinary man in the same circumstances. The general standard applied to professionals is therefore that of a "reasonable professional", e.g. car mechanic, doctor etc. Breach of the duty owed, Sabol v. Richmond Heights General Hospital (1996) The court stated that the nurses’ actions were consistent with basic professional standards of practice for medical-surgical nurses in an acute care hospital. They did not have nor were they expected to have specialized psychiatric nursing training and would not be judged as though they did.

Novices in a certain area of skill must show the same standard of care as a reasonable person with that particular skill. No allowance is given for the defendant's lack of experience. *''
Nettleship v Weston ''Nettleship v Weston''
971 Year 971 ( CMLXXI) was a common year starting on Sunday (link will display the full calendar) of the Julian calendar The Julian calendar, proposed by Julius Caesar in , was a reform of the Roman calendar. It took effect on , by edict. It w ...
2 QB 691 is an English Court of Appeal of England and Wales, Court of Appeal judgment dealing with the breach of duty in negligence claims. In this case the court had considered the question of the standard of care th ...
'' (1971) 3 All ER 581 requires a novice driver to show the same standard of care as a reasonably competent driver. *'' Wilsher v Essex Area Health Authority'' (1986) 3 All ER 801 expects a junior doctor to perform compliant to the standard of a competent and skilled doctor working in the same post. *'' Wells v Cooper'' (1958) 2 All ER 527 states that someone who does DIY jobs repairing their own house is expected to show the same standard of care as a reasonably skilled amateur in the particular trade involved. However, they are not required to reach the standard of a professional. It is important to note that the claimant's knowledge of the defendant's lack of experience in the skill he is exercising does not result in the standard being lowered. In ''Nettleship v Weston'', a driving instructor was injured due to a mistake of his student. The student argued that the instructor was aware of her lack of experience, but the
Court of Appeal An appellate court, commonly called an ''appeals court'', ''court of appeals'' (American English American English (AmE, AE, AmEng, USEng, en-US), sometimes called United States English or U.S. English, is the set of varieties of the Engl ...
refused to accommodate this fact in their decision on the standard of care expected from her. At the same time, the teacher's award of damages was reduced due to his
contributory negligence In some common law In law, common law (also known as judicial precedent or judge-made law, or case law) is the body of law created by judges and similar quasi-judicial tribunals by virtue of being stated in written opinions. ''Black's Law Diction ...
.

While no allowance is made for novices, the courts are prepared to lower the standard of care expected of children, on account of their age. A child defendant is expected to meet the standard of a reasonable child of the same age. * '' Gough v Thorne'' (1966) 3 All ER 398: a 13½ year old girl was not contributorily negligent when she crossed the road without looking after being beckoned by a lorry driver and was hit by a car driving at excessive speed. * '' Mullin v Richards'' 9981 All ER 920: a fifteen-year-old girl was not negligent when she was play fighting with a friend and a ruler she was fencing with shattered, a splinter flying into the other girl's eye.

Conduct expected of a reasonable person

The conduct expected from a participant in a sports event towards his competitors or spectators differs from the conduct of a reasonable person outside such events. It has been held that in the "heat and flurry" of a competition, a participant will only be in breach of duty towards other participants and spectators if he shows "reckless disregard for their safety". At the same time, in another case, the standard of care expected from one player towards another is the usual standard of taking "all reasonable care in the circumstances in which they were placed", although in that case the defendant was also found to be acting recklessly. It is not clear at present if and how the two approaches can be reconciled.

THE OBLIGATION TO PROVE ONE'S ASSERTION is burden of proof. Whether or not the defendant in a given case has conducted himself below the standard of "a reasonable person" is a question of fact and it is for the claimant to prove this fact. However, in certain situations it is unlikely that a certain event could take place without the defendant's negligence, for example if a surgeon left a scalpel in the patient's body. In such cases, it is said that "the thing speaks for itself" (''
res ipsa loquitur ''Res ipsa loquitur'' (Latin: "the thing speaks for itself") is a doctrine in the Anglo-American common law and Roman Dutch law that says in a tort A tort, in common law jurisdiction, is a civil wrong (other than breach of contract) that c ...

''), and it is for the defendant to show that the fact causing the damage was not attributable to his negligence. The claimant may raise res ipsa loquitur to shift the evidential burden to the defendant. To do so, following criteria must be satisfied: 1. The incident occurred in an unexplainable fashion;
2. The incident would not have occurred in the ordinary course of events if not defendant's negligence; and
3. The defendant or defendants had control of the injury causing object.

*
Damages At common law In law, common law (also known as judicial precedent or judge-made law, or case law) is the body of law created by judges and similar quasi-judicial tribunals by virtue of being stated in written opinions. ''Black's Law Dictionary ...
* Bolam Test