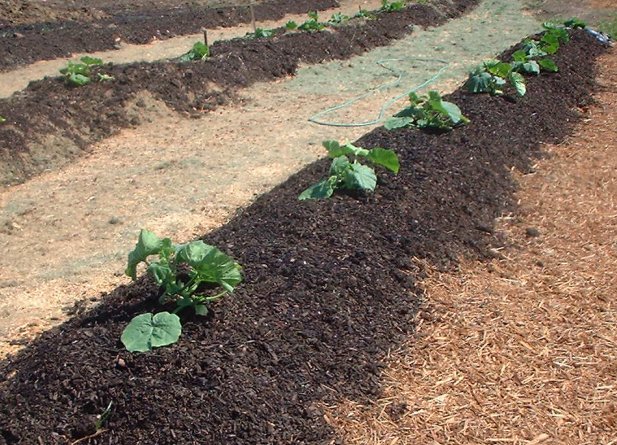 Biosolids are solid organic matter recovered from a sewage treatment process and used as fertilizer. In the past, it was common for farmers to use animal manure to improve their soil fertility. In the 1920s, the farming community began also to use sewage sludge from local wastewater treatment plants. Scientific research over many years has confirmed that these biosolids contain similar nutrients to those in animal manures. Biosolids that are used as fertilizer in the farming community are usually treated to help to prevent disease-causing pathogens from spreading to the public.

Biosolids may be defined as organic wastewater solids that can be reused after suitable sewage sludge treatment processes leading to sludge stabilization such as anaerobic digestion and composting. Alternatively, the biosolids definition may be restricted by local regulations to wastewater solids only after those solids have completed a specified treatment sequence and/or have concentrations of pathogens and toxic chemicals below specified levels. The United States Environmental Protection Agency (EPA) defines the two terms – sewage sludge and biosolids – in the Code of Federal Regulations (CFR), Title 40, Part 503 as follows: ''Sewage sludge'' refers to the solids separated during the treatment of municipal wastewater (including domestic septage), while ''biosolids'' refers to treated sewage sludge that meets the EPA pollutant and pathogen requirements for land application and surface disposal. A similar definition has been used internationally, for example in Australia. Use of the term "biosolids" may officially be subject to government regulations. However, informal use describes a broad range of semi-solid organic products produced from sewage or sewage sludge. This could include any solids, slime solids or liquid slurry residue generated during the treatment of domestic sewage including scum and solids removed during primary, secondary or advanced treatment processes. Materials that do not conform to the regulatory definition of "biosolids" can be given alternative terms like "wastewater solids".

Approximately 7.1 million dry tons of biosolids were generated in 2004 at approximately 16,500 municipal wastewater treatment facilities in the United States.

The European Union (EU) was the first to issue regulations for biosolids land application; this aimed to put a limit to the pathogen and pollution risk. These risks come from the fact that some metabolites remain intact after waste water treatment processes. Debates over biosolid use vary in severity across the EU.

As public concern arose about the disposal of increased volumes of solids in the United States being removed from sewage during sewage treatment mandated by the Clean Water Act. The Water Environment Federation (WEF) sought a new name to distinguish the clean, agriculturally viable product generated by modern wastewater treatment from earlier forms of sewage sludge widely remembered for causing offensive or dangerous conditions. Of three-hundred suggestions, ''biosolids'' was attributed to Dr. Bruce Logan of the University of Arizona, and recognized by WEF in 1991.

* Milorganite is the trademark of a biosolids fertilizer produced by the Milwaukee Metropolitan Sewerage District. The recycled organic nitrogen fertilizer from the Jones Island Water Reclamation Facility in Milwaukee, Wisconsin, is sold throughout North America, reduces the need for manufactured nutrients. * Loop is the trademark of a biosolids soil amendment produced by the King County Wastewater Treatment Division. Loop has been blended into GroCo, a commercially available compost product, since 1976. Several local farms and forests also use Loop directly. * TAGRO is short for "Tacoma Grow" and is produced by the City of Tacoma, Washington since 1991. * Dillo Dirt has been produced by the City of Austin, Texas since 1989. * Biosolids are applied as fertilizer in the Central Wheatbelt of Australia as a recycling program by the Water Corporation.