The Xia dynasty is the first dynasty in traditional Chinese historiography. According to tradition, the Xia dynasty was established by the legendary Yu the Great, after Shun, the last of the Five Emperors, gave the throne to him. In the traditional historiography, the Xia was later succeeded by the Shang dynasty. There are no contemporaneous records of the Xia, and they are not mentioned in the oldest Chinese texts, since the earliest oracle bone inscriptions date from the late Shang period (13th century BC). The earliest mentions occur in the oldest chapters of the ''Book of Documents'', which report speeches from the early Western Zhou period, and are accepted by most scholars as dating from that time. These speeches justify the Zhou conquest of the Shang as the passing of the Mandate of Heaven, likening it to the succession of the Xia by the Shang. This political philosophy was promoted by the Confucian school in the Eastern Zhou period. The succession of dynasties was incorporated into the ''Bamboo Annals'' and the ''Records of the Grand Historian'', and became the official position of imperial historiography and ideology. Some scholars consider the Xia dynasty mythical, or at least unsubstantiated, while others identify it with the archaeological Erlitou culture. According to the traditional chronology based upon calculations by Liu Xin, the Xia ruled between 2205 and 1766 BC; according to the chronology based upon the ''Bamboo Annals'', it ruled between 1989 and 1558 BC. The Xia–Shang–Zhou Chronology Project, commissioned by the Chinese government in 1996, concluded that the Xia existed between 2070 and 1600 BC.

The Xia dynasty was described in classic texts such as the ''Classic of History'' (''Shujing''), the ''Bamboo Annals'', and the ''Records of the Grand Historian'' (''Shiji'') by Sima Qian. According to tradition, the Huaxia were the ancestral people of the Han Chinese.

Traditional histories trace the development of the Xia to the legendary Three Sovereigns and Five Emperors. According to ancient Chinese texts, before the Xia dynasty was established, battles were frequent between the Xia tribe and Chi You's tribe. The Xia tribe slowly developed around the time of Zhuanxu, one of the Five Emperors. The Records of the Grand Historian and the Classic of Rites say that Yu the Great is the grandson of Zhuanxu, but there are also other records, like Ban Gu, that say Yu is the fifth generation of Zhuanxu. Based on this, tradition ascribes the ancestry of the Xia clan to Zhuanxu.

Gun's attempt to stop the flood

Gun, the father of Yu the Great, is the earliest recorded member of the Xia clan. When the Yellow River flooded, many tribes united together to control and stop the flooding. Gun was appointed by Emperor Yao to stop the flooding. He ordered the construction of large blockades (levees) to block the path of the water. The attempt of Gun to stop the flooding lasted for nine years, but it was a failure because the floods became stronger. After nine years, Yao had already given his throne to Shun. Gun was ordered to be imprisoned for life to reform the Eastern Barbarians by Shun at Yushan (, ''Feather Mountain''), a mountain located between modern Donghai County in Jiangsu Province and Linshu County in Shandong Province.

Yu the Great's attempt to stop the floods

Yu was highly trusted by Shun, so Shun appointed him to finish his father's work, which was to stop the flooding. Yu's method was different from his father's: he organized people from different tribes and ordered them to help him build canals in all the major rivers that were flooding and lead the water out to the sea. Yu was dedicated to his work. People praised his perseverance and were inspired, so much so that other tribes joined in the work. Legend says that in the 13 years it took him to successfully complete the work to stop the floods, he never went back to his home village to stop and rest, even though he passed by his house three times.

Yu's success in stopping the flooding increased agricultural production (since the floods were destructive). The Xia tribe's power increased and Yu became the leader of the surrounding tribes. Soon afterwards Shun sent Yu to lead an army to suppress the Sanmiao tribe, which continuously abused the border tribes. After defeating them, he exiled them south to the Han River area. This victory strengthened the Xia tribe's power even more. As Shun aged, he thought of a successor and relinquished the throne to Yu, whom he deemed worthy. Yu's succession marks the start of the Xia dynasty. As Yu neared death he passed the throne to his son, Qi, instead of passing it to the most capable candidate, thus setting the precedent for dynastic rule or the Hereditary System. The Xia dynasty began a period of family or clan control. It is believed that Zhenxun (modern Gongyi) and Yangcheng (modern Gaocheng) were two of the capitals of the dynasty.

Jie, the last king, was said to be corrupt. He was overthrown by Tang, the first king of the Shang dynasty. Tang is said to have given the small state of Qi as a fief to the remnants of the Xia ruling family. This practice was referred to as "the two crownings and the three respects". Zengzi was a descendant of the Xia dynasty Kings through Shao Kang. The Kings of the State of Yue claimed descent from the Xia dynasty Kings through Shao Kang. 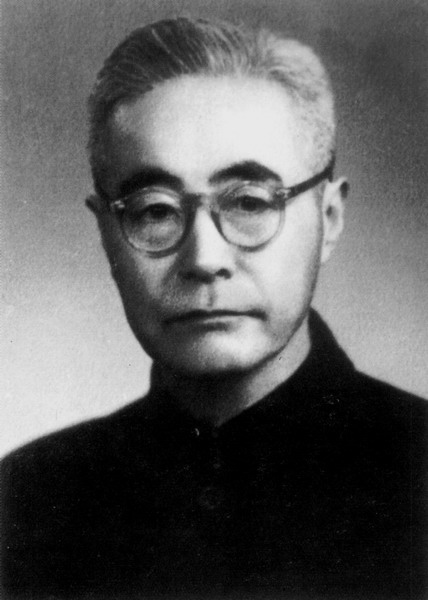 The time gap between the supposed time of the Xia and the first written references to it have meant that the historicity of the Xia dynasty itself and the traditional narrative of its history are at best uncertain. The Skeptical School of early Chinese history, started by Gu Jiegang in the 1920s, was the first group of scholars within China to systematically question the traditional story of its early history. By critically examining the development of the narrative of early Chinese history throughout history, Gu concluded "the later the time, the longer the legendary period of earlier history... early Chinese history is a tale told and retold for generations, during which new elements were added to the front end". Some historians have suggested that the Zhou rulers invented the Xia as a pretext, to justify their conquest of the Shang, by noting that just as the Shang had supplanted the Xia, they had supplanted the Shang. The existence of the Xia remains unproven, despite efforts by Chinese archaeologists to link them with the Bronze Age Erlitou culture. Among other points, Gu and other historians note certain parallels between the traditional narrative of Xia history and Shang history that would suggest probable Zhou-era fabrication or at least embellishment of Xia history. Yun Kuen Lee's criticism of nationalist sentiment in developing an explanation of Three Dynasties chronology focuses on the dichotomy of evidence provided by archaeological versus historical research, in particular, the claim that the archaeological Erlitou culture is also the historical Xia dynasty. "How to fuse the archaeological dates with historical dates is a challenge to all chronological studies of early civilization." In ''The Shape of the Turtle: Myth, Art, and Cosmos in Early China'', Sarah Allan noted that many aspects of the Xia are simply the opposite of traits held to be emblematic of the Shang. The implied dualism of the Shang myth system, Allan argues, is that while the Shang represent the suns, sky, birds, east and life, the Xia represent the moons, watery underworld, dragons, west and death. Allan argues that this mythical Xia was re-interpreted by the Zhou as a ruling dynasty replaced by the Shang, a parallel with their own replacement of the Shang. Other scholars also argue that Shang remnants still existed during the early Zhou dynasty; Zhou rulers could not simply justify their succession to pacify Shang remnants if it is entirely fabricated since they would not believe it in the first place. For example, the powerful Song kingdom during the Zhou dynasty was the direct descendants of Shang people. During the later Song dynasty (960–1279 AD), an ancient bronze artifact, "Shu Yi Zhong"(叔夷鐘), was unearthed with an inscription describing how the founder of the Shang dynasty, Tang, overthrew the Xia dynasty. The owner of this artifact, Shu Yi, a high officer of the Qi Kingdom during the Spring and Autumn period (c. 600 BC), was actually a direct descendant of the Song Kingdom's kings, which means he himself was a descendant of Shang people. This bronze artifact was used to memorialize his Shang ancestors. The inscription contradicts the hypothesis that the Zhou dynasty manufactured the existence of the Xia dynasty. Although the Shang oracle bone inscriptions contain no mention of the Xia, some scholars have suggested that polities they mention might be remnants of the Xia. Guo Moruo suggested that an enemy state called Tufang state mentioned in many inscriptions might be identified with the Xia. The historian Shen Changyun pointed to four inscriptions mentioning Qi, the same name as the Zhou-era state of Qi, which according to traditional accounts was established by the defeated royal house of Xia.