Woodlawn Heights, also known as Woodlawn, is a predominantly Irish-American working class neighborhood at the very north end of the borough of the Bronx in New York City. It is bounded by McLean Avenue to the north (slightly north of New York City's border with the city of Yonkers in Westchester County), the Bronx River to the east, Woodlawn Cemetery to the south, and Van Cortlandt Park to the west. Woodlawn Heights is part of Bronx Community Board 12, and its ZIP Code is 10470. 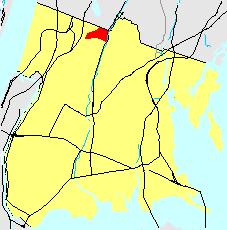 Katonah Avenue, which runs north-south through the heart of Woodlawn Heights, is a popular destination for its many Irish pubs and restaurants, such as Behan's Pub, the Rambling House, the Lark's Nest, the Just One Saloon, the Avenue and the Kitchen. All offer traditional Irish breakfast or brunch at reasonable prices. In addition there is The Emerald Isle Immigration Center, an Italian bakery, Patrizia's Italian Restaurant, an Irish butcher shop, Irish and Albanian barber shops, and many other types of specialty shops. McLean Avenue, which runs east-west, is the main shopping strip for both Woodlawn Heights and the Yonkers neighborhood of McLean Heights. Its pubs and shops are considered to be some of the neighborhood's most notable fixtures, although technically it is within the city of Yonkers. McLean Avenue has many Irish pubs, a large variety of Irish and non-Irish restaurants and diners, two Irish gift shops, The Aisling Irish Community Center, an Irish Butcher Shop, and Italian pastry shop. East 233rd Street is a major thoroughfare that runs east-west on the southern border of the neighborhood. It is largely known for its gas stations and Irish pubs, as well as for its bus routes and the Woodlawn station of the Metro-North Railroad. Notable features of the neighborhood include Oneida Triangle, a memorial to residents of Woodlawn Heights who served in World War I, and Muskrat Cove, the northernmost segment of the Bronx River Greenway.

Based on data from the 2010 United States Census, the population of Woodlawn-Wakefield was 42,483, a decrease of 1,100 (2.5%) from the 43,583 counted in 2000. Covering an area of , the neighborhood had a population density of . The racial makeup of the neighborhood was 17.6% (7,473) White, 58.3% (24,774) African American, 0.4% (169) Native American, 3.4% (1,465) Asian, 0.0% (20) Pacific Islander, 2.0% (855) from other races, and 2.0% (866) from two or more races. Hispanic or Latino of any race were 16.1% (6,861) of the population. This formerly German neighborhood is now a mostly Irish American neighborhood, which also has a small but recognizable Italian-American community. This neighborhood remains one of the few communities to which young and newly arrived Irish immigrants regularly arrive ''en masse''. The Emerald Isle Immigration Center on Katonah Avenue and the Aisling Irish Community Center on McLean Avenue are two sources for the newly arrived as well as established Irish immigrants to Woodlawn Heights and the United States. The neighborhood is sometimes informally referred to as "Little Ireland". As of May 2016, Woodlawn Heights was rezoned to prevent the destruction of single-family homes that currently give this neighborhood its intrinsic character. The rezoning will provide a framework for orderly growth while protecting the neighborhood’s established residential character. The entirety of Community District 12, which comprises Williamsbridge, Woodlawn Heights, Baychester, and Eastchester, had 156,542 inhabitants as of NYC Health's 2018 Community Health Profile, with an average life expectancy of 81.0 years. This is about the same as the median life expectancy of 81.2 for all New York City neighborhoods. Most inhabitants are youth and middle-aged adults: 24% are between the ages of between 0–17, 27% between 25–44, and 26% between 45–64. The ratio of college-aged and elderly residents was lower, at 10% and 13% respectively. As of 2017, the median household income in Community District 12 was $48,018. In 2018, an estimated 22% of Woodlawn Heights and Williamsbridge residents lived in poverty, compared to 25% in all of the Bronx and 20% in all of New York City. One in eight residents (13%) were unemployed, compared to 13% in the Bronx and 9% in New York City. Rent burden, or the percentage of residents who have difficulty paying their rent, is 57% in Woodlawn Heights and Williamsbridge, compared to the boroughwide and citywide rates of 58% and 51% respectively. Based on this calculation, , Woodlawn Heights and Williamsbridge are considered high-income relative to the rest of the city and not gentrifying.

Woodlawn Heights and Williamsbridge are patrolled by the 47th Precinct of the NYPD, located at 4111 Laconia Avenue. The 47th Precinct ranked 35th safest out of 69 patrol areas for per-capita crime in 2010. , with a non-fatal assault rate of 82 per 100,000 people, Woodlawn Heights and Williamsbridge's rate of violent crimes per capita is more than that of the city as a whole. The incarceration rate of 577 per 100,000 people is higher than that of the city as a whole. The 47th Precinct has a lower crime rate than in the 1990s, with crimes across all categories having decreased by 71.6% between 1990 and 2020. The precinct reported 12 murders, 44 rapes, 321 robberies, 678 felony assaults, 241 burglaries, 433 grand larcenies, and 285 grand larcenies auto in 2020.

Woodlawn Heights is located within the ZIP Code 10470. The United States Postal Service operates the Woodlawn Station at 4364 Katonah Avenue. 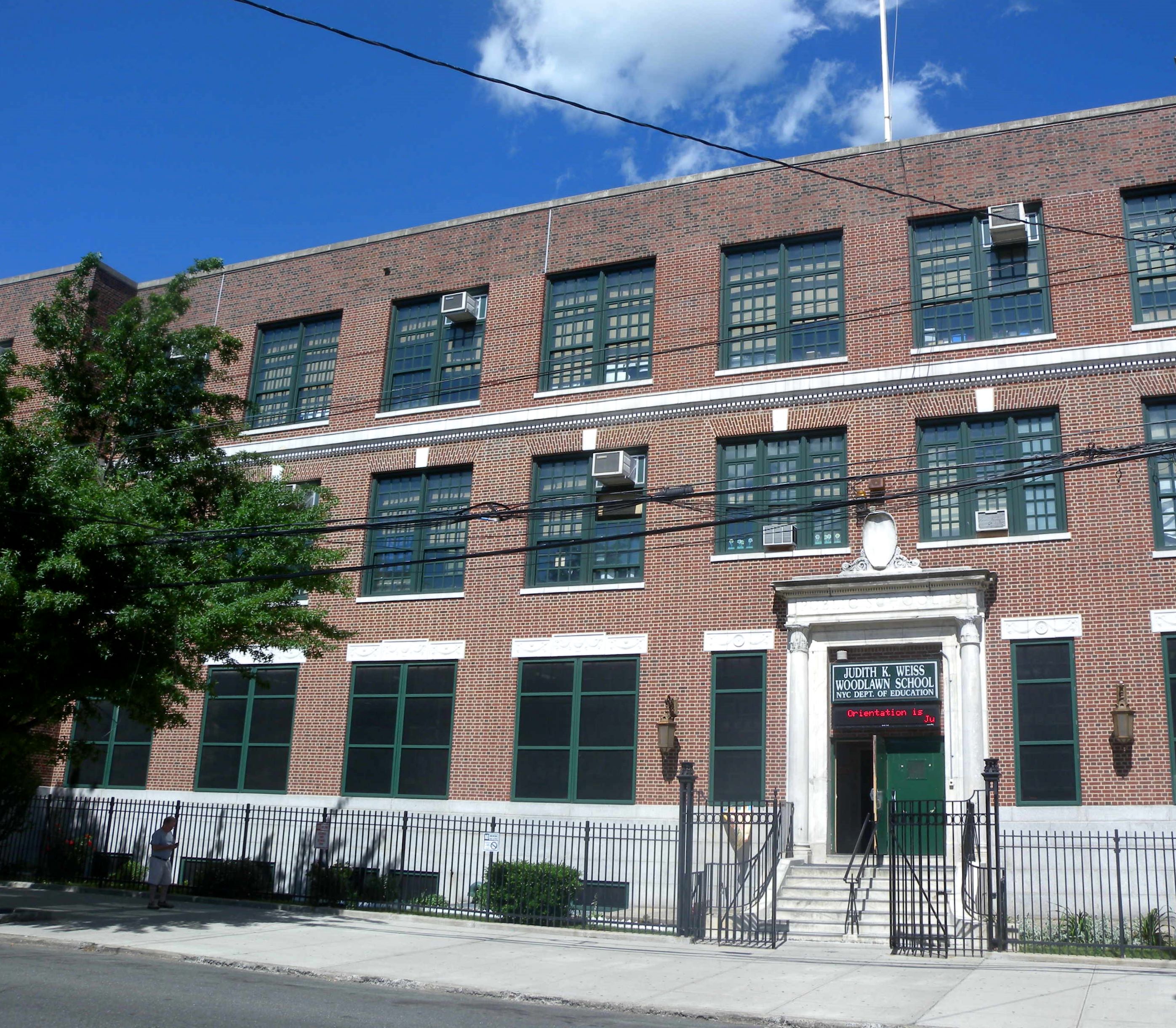 * The Emerald Isle Immigration Center assists residents with topics related to "immigrant life and law." * The Aisling Irish Community Center exists to "assist Irish immigrants in transition to life in the USA." The center hosts many programs for Woodlawn Heights and McLean Heights citizens including exercise classes, activities for children, and volunteer outreach for the community.

The neighborhood has several old and picturesque churches. Emmanuel Presbyterian Reformed Church is on Martha Avenue. The Roman Catholic church of St. Barnabas is the largest church in Woodlawn Heights and part of St. Barnabas parish. The parish is managed by Reverend Brendan A. Fitzgerald. The parish has weekly masses in English and Italian and some seasonal holiday masses in Gaelic. St. Barnabas Parish, founded in 1910, serves as a major community center for the neighborhood, which is nearly entirely Catholic, and a center of Irish culture, offering Irish language classes and an Irish Outreach program to assist Irish immigrants in finding jobs and residence in the neighborhood. In addition to the church, the parish runs an adjoining convent (currently occupied by the large and growing community of the Sisters of Life) and St. Barnabas Elementary School.