Vega Baja () is a municipality located on the coast of north central Puerto Rico. It is north of Morovis, east of Manatí, and west of Vega Alta. Vega Baja is spread over 12 barrios and Vega Baja Pueblo (the downtown area and the administrative center of the city). It is part of the San Juan–Caguas–Guaynabo metropolitan statistical area.

The name Vega Baja in Spanish means lower side of the river plain. Geographically, the North of Puerto Rico goes down and is slightly higher than the level of the Atlantic Ocean and Vega Baja is a coastal town. Other historians believed that the name Vega Baja comes from ''La Vega''. Vega is a surname of one of the families involved in the foundation of Vega Baja. It is also believed that the name comes from the region of Spain ''La Vega Baja del Segura''. Although is generally believed that Vega Baja was founded in 1776, after the division of Vega Alta from La Vega, historians have verified that it was many years later when it was officially recognized by the Spanish government. The foundation day is October 7 and it is also the day of commemorating the "Virgin of the Rosary". Vega Baja was originally known as ''Vega-baxa del Naranjal de Nuestra Señora del Rosario'' (Vega Baja of the Orange Grove of Our Lady of the Rosary). Orange comes from its previous name based on the fruit that was cultivated in the place. Cibuco is one of the rivers that goes through Vega Baja, and is a variation of the name "Sebuco", a chief or Cacique Taíno Indian of the region. These "cells" of Taíno Indians were known to settle in the vicinity of the rivers. Although the Cibuco River is prone to floods due to heavy seasonal rains, the benefits provided to the land by the river are numerous. Taino carvings have been found on some of the exposed reefs in the vicinity of the Cibuco river. Among these carvings is one depicting a face and others shaped as fish. They are an indication that these reefs were frequented for spear fishing and perhaps other day-to-day activities. Other places like Carmelita, Maisabel, Cueva Maldita and Paso del Indio are known as archaeological sites where the aborigines established their communities.

In 1990, over a million dollars in cash was found buried in plastic barrels, thought to have been deposited by drug smugglers for later retrieval. The sudden wealth of a few residents attracted attention and prompted an investigation by FBI and local police.

Hurricane Maria on September 20, 2017 triggered numerous landslides in Vega Baja with the significant amount of rainfall. 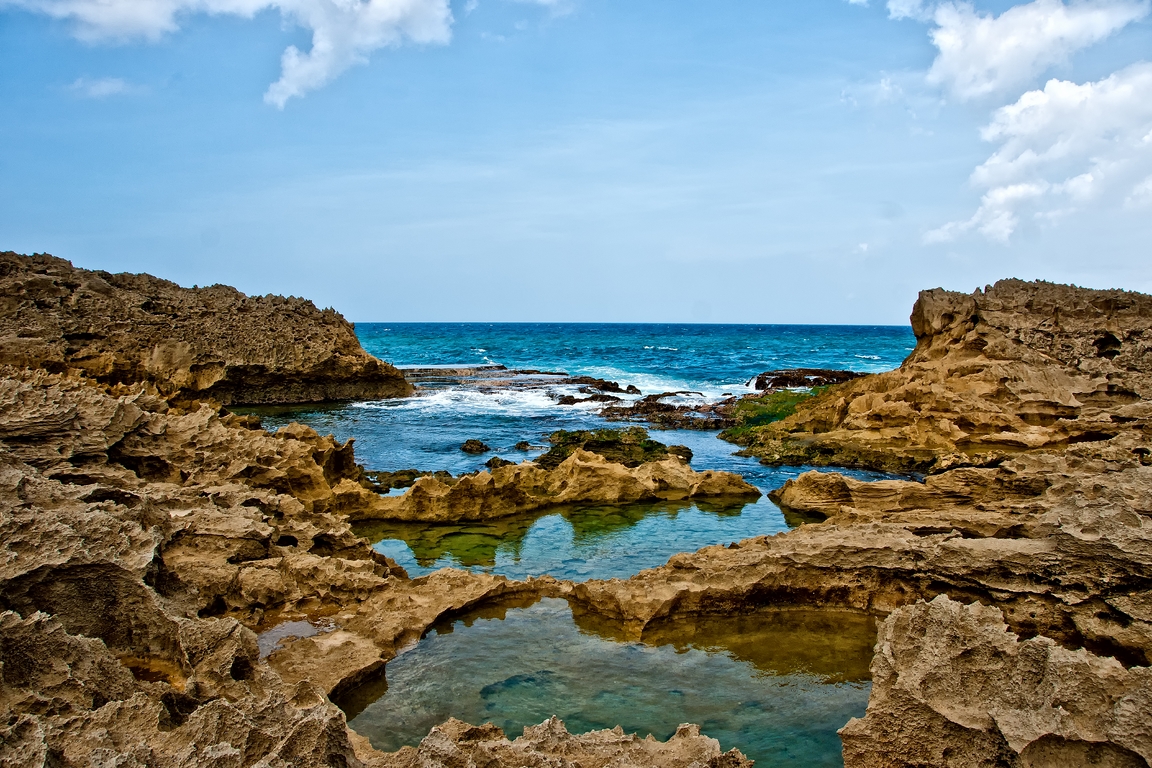 Vega Baja is on the northern coast. 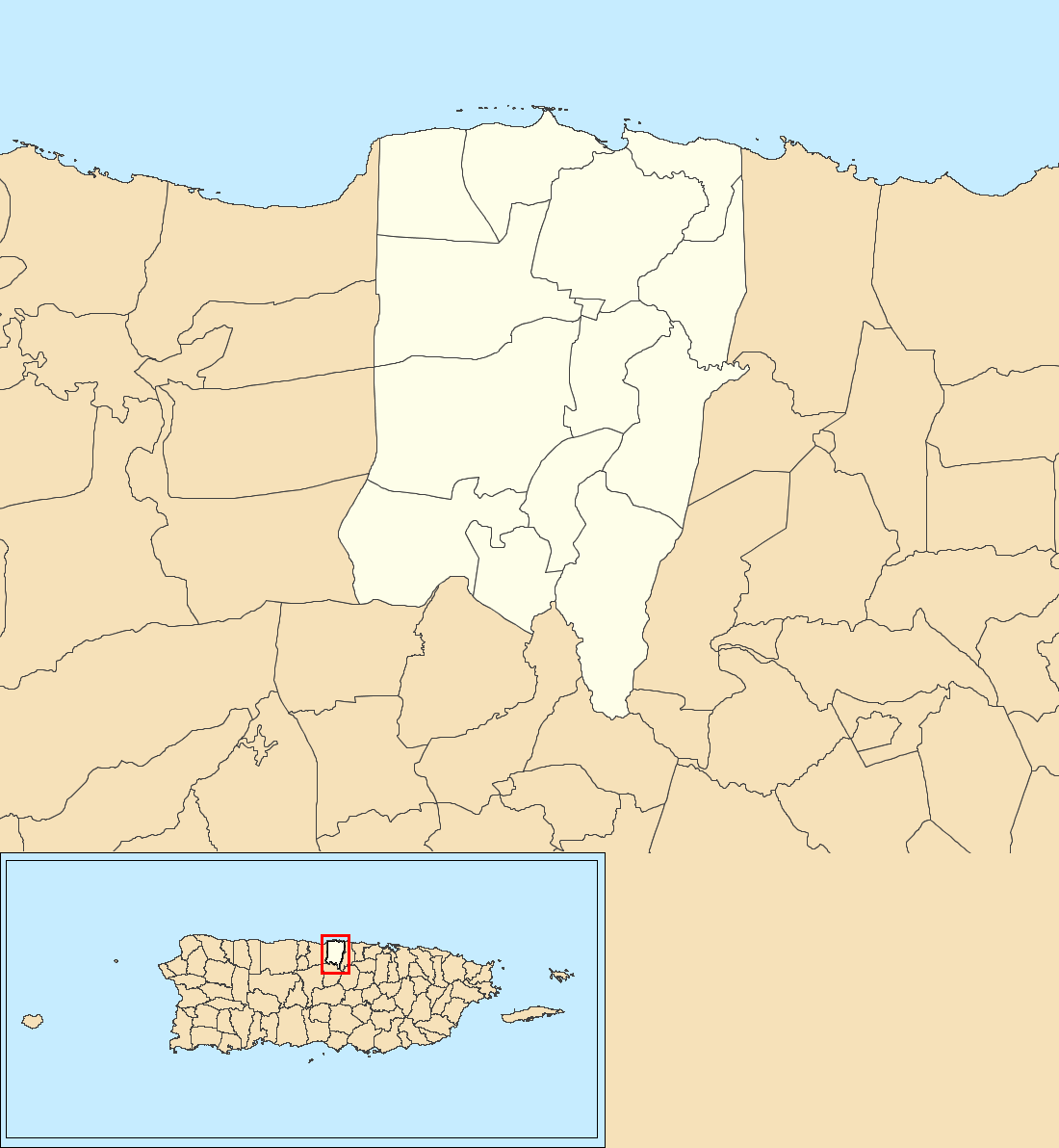 (Special Communities of Puerto Rico) are marginalized communities whose citizens are experiencing a certain amount of social exclusion. A map shows these communities occur in nearly every municipality of the commonwealth. Of the 742 places that were on the list in 2014, the following barrios, communities, sectors, or neighborhoods were in Vega Baja: Alto de Cuba, Callejón Pérez and Sector El Hoyo in Barrio Algarrobo, Guarico Viejo, and La Trocha-Río Abajo.

Puerto Rico was ceded by Spain in the aftermath of the Spanish–American War under the terms of the Treaty of Paris of 1898 and became a territory of the United States. In 1899, the United States conducted its first census of Puerto Rico finding that the population of Vega Baja was 10,305.

The abundant fertility of its soil, has meant Vega Baja has much agricultural and farming land. In addition, Vega Baja has one of the most visited beaches of the northern coastline, Playa de Puerto Nuevo (Playa Mar Bella). This beach attracts thousands of beachgoers annually, making it a center for local tourism, especially during the hot summer months. It boasts a natural rock formation of enormous proportions both in height and length colloquially named ''La Peña''. This rock feature shelters the beach portion from the open seas just behind it. During rough marine conditions, the rock feature protects beachgoers, while the spectacle of waves crashing from behind and cascading down its face can be appreciated in the relative safety of the beach.

Vega Baja, like all municipalities of Puerto Rico, elect a mayor every four years to administer the city. The educator Marcos Cruz Molina is the mayor since 2013 and Rafael “Piro” Martinez is the President of the Municipal Legislature. The city belongs to the Puerto Rico Senatorial district III, which is represented by two senators. In 2012, José "Joito" Pérez and Ángel "Chayanne" Martínez were elected as District Senators. Rafael (Tatito) Hernández is the Eleventh District Representative and Hector Torres the Twelve District Representative at the House of Representatives of Puerto Rico.

There are 23 bridges in Vega Baja.

Vega Baja's flag consists of a yellow cloth crossed by a green band. The band relates to the fertile valley and the river.

The Vega Baja coat of arms has a v-shaped green band with overlapping roses in silver and three oranges trees, with gold fruit. At the top part is a five-tower crown, silver, black and green. The main colors of the shield; green and gold are used traditionally in civic, scholastic and sports activities. The crown five tower indicates that the town holds the rank of "Villa" by royal decree.

Th
anthem
of Vega Baja is "A Vega Baja" with lyrics as written in 1974 by Adrián Santos Tirado and music by Roberto Sierra.