Click Here for Items Related To - University of Botswana


The University of Botswana, popularly known as UB, was established in 1982 as the first institution of higher education in
Botswana Botswana (, also ), officially the Republic of Botswana ( tn, Lefatshe la Botswana, label=Setswana; Kalanga: ''Hango yeBotswana''), is a landlocked country in Southern Africa. Botswana is topographically flat, with up to 70 percent of its terri ...
. The university has three
campus Map of the main campus of Université Laval in Quebec City, Quebec">Quebec_City.html" style="text-decoration: none;"class="mw-redirect" title="Université Laval in Quebec City">Université Laval in Quebec City, Quebec, Canada. A campus ...
es: one in the capital city
Gaborone Gaborone ( , , ) is the capital and largest city of Botswana with a population of 231,626 based on the 2011 census, about 10% of the total population of Botswana. Its agglomeration is home to 421,907 inhabitants at the 2011 census. Gaborone ...
, one in
Francistown Francistown is the second largest city in Botswana, with a population of about 100,079 and 150,800 inhabitants for its agglomeration at the 2011 census. and often described as the "Capital of the North". It is located in eastern Botswana, about ...
, and another in Maun. The university is divided into six faculties: Business, Education, Engineering, Humanities, Science and Social Sciences and the
University of Botswana School of Medicine The University of Botswana School of Medicine (UBSOM), also known as the University of Botswana Medical School, is the school of medicine of the University of Botswana, Botswana's oldest and largest public university. The medical school was esta ...
, a collaboration with the
University of Melbourne The University of Melbourne is a public research university located in Melbourne, Australia. Founded in 1853, it is Australia's second oldest university and the oldest in Victoria. Its main campus is located in Parkville, an inner suburb north ...
in Australia. 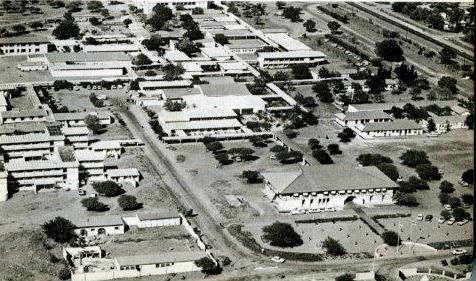 UB began as a part of a larger university system known as UBBS, or the University of Bechuanaland (Botswana), Basotoland (Lesotho), and Swaziland; which was founded in 1964 to reduce the three countries' reliance on tertiary education in
apartheid Apartheid (South African English: ; , segregation; lit. "aparthood") was a system of institutionalised racial segregation that existed in South Africa and South West Africa (now Namibia) from 1948 until the early 1990s. Apartheid wa ...
-era
South Africa South Africa, officially the Republic of South Africa (RSA), is the southernmost country in Africa. With over 59 million people, it is the world's 23rd-most populous nation and covers an area of . South Africa has three capital cities: e ...
. After Botswana and Lesotho became independent in 1966, the university was called the University of Botswana, Lesotho, and Swaziland (UBLS). In 1975 Lesotho withdrew from the partnership and established its own national university. For several years a joint University of Botswana and Swaziland existed until in the early 1980s the university was amicably divided into two separate national universities. It was at the time of Lesotho's initial withdrawal that Botswana, which was among the poorest nations in the world, started the ''One Man, One Beast'' (motho le motho kgomo) movement. This fundraising campaign formally known as the Botswana University Campus Appeal (BUCA) was spearheaded by the late President Sir Seretse Khama in 1976. The campaign was launched to raise money for the construction of the Botswana Campus of the University of Botswana and Swaziland. BUCA followed in the wake of a unilateral nationalisation of a joint-university campus facility in Roma by the Lesotho government. Batswana (People of Botswana) and other stakeholders made contributions of all types (including cash, cattle, grain, eggs, etc.) towards accomplishing the set target of one million South African rand, rand. By 1982, the University of Botswana became a reality and remains the oldest institution of higher education in the country. The ''One Man, One Beast'' (motho le motho kgomo) movement endures today on the university's main statue located in front of the new library. 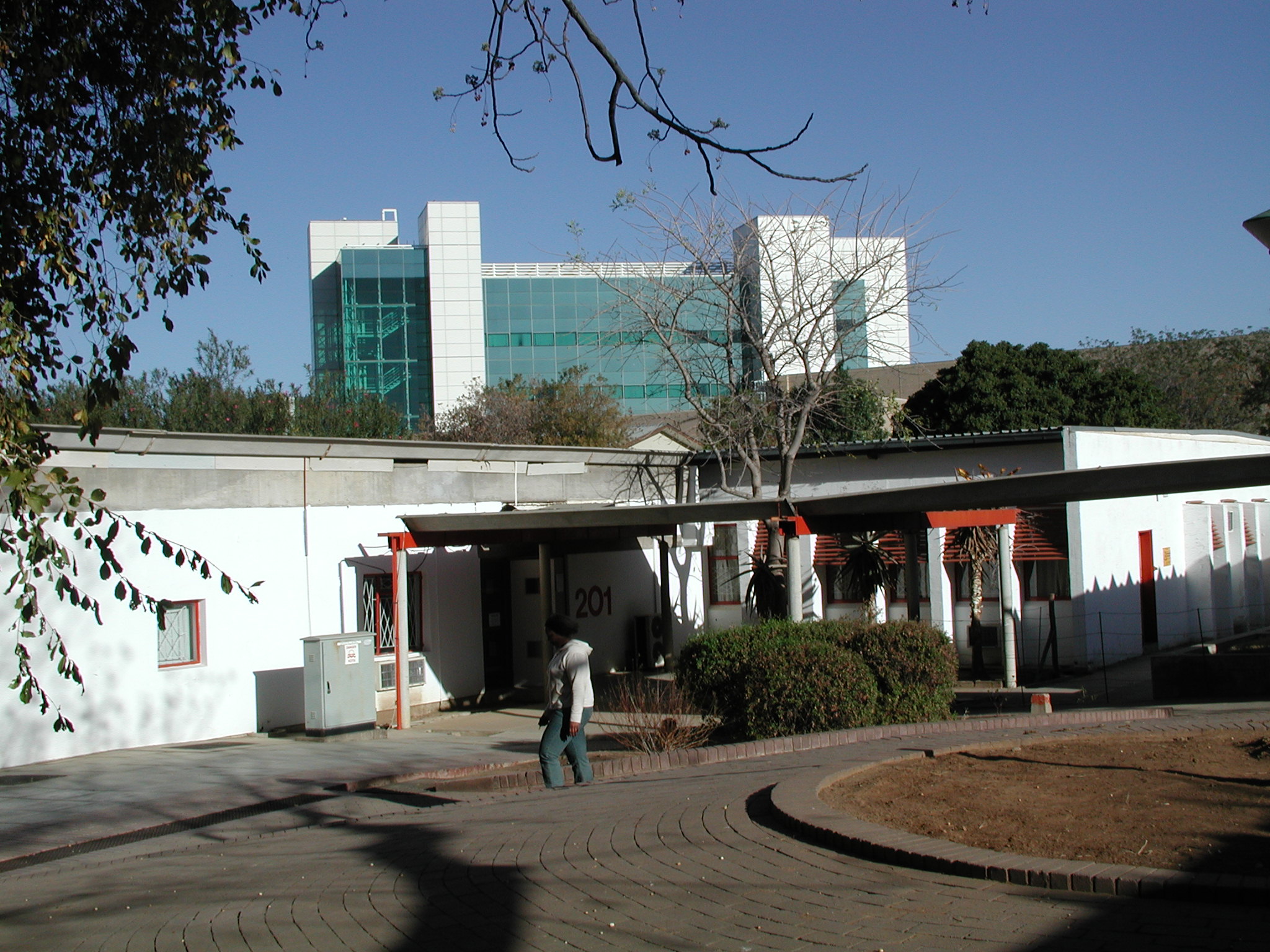 Many students live on campus in residence halls. Students that live in the residence halls are served meals in campus refectories. Campus amenities, include an Olympic-sized swimming pool, an entertainment arena, and sports courts (basketball, tennis, handball, netball, volleyball). The university is adjacent to the National Stadium, which is available for university use. The practice fields outside the stadium are the location for university intramural sports. The university provides a free medical clinic and counseling services.

This is the oldest faculty in the university. The faculty is composed of eight departments including Lifelong Learning and Community Development, Educational Foundations, Educational Technology, Family and Consumer Sciences, Languages and Social Sciences, Mathematics and Sciences Education, Primary Education and Sports Science. There are fifteen undergraduate programmes: a Master of Education degree with eleven specialisations; a Master of Masters in Lifelong Learning and Community Development program, a Master of Counselling and Human Services programme, two MPhil and Ph.D. programmes and a Post Graduate Diploma in Education.

The Faculty of Engineering and Technology was created in 1996 as a result of Botswana Polytechnic being incorporated into UB. The faculty was located approximately from the main UB campus in downtown
Gaborone Gaborone ( , , ) is the capital and largest city of Botswana with a population of 231,626 based on the 2011 census, about 10% of the total population of Botswana. Its agglomeration is home to 421,907 inhabitants at the 2011 census. Gaborone ...
where it is now known as BCET, but it has since been moved to the main campus. The Faculty provides a wide range of Engineering courses including Mechanical, Civil, Electrical, Mining and Mineral Engineering, Industrial Design and Technology. Other courses such as Architecture, Real Estate, Planning Survey are also offered. It offers Certificate, Diploma, Bachelors and Masters in areas related to Engineering. and the planning courses which takes five years (four years in Botswana and the last year to complete with masters at professional planning institutions).

The Faculty of Science, which has the largest annual enrollment, began as the School of Science of UBBS in 1971. Its original four departments (Biology, Chemistry, Mathematics and Physics) were involved only in teaching Part I of the BSc degree programme. In 1975, when the Lesotho campus dissociated from UBBS, the teaching of Part II (years 3 and 4) began in all departments. The departments of environmental science, geology, and computer science were added to the faculty before the University of Botswana came into existence in 1982.

The head of the Environmental Science department, Dr. Segosebe, is also the Chair of Somarelang Tikologo, a local environmental NGO in Gaborone.

The Bachelor of Medicine Bachelor of Surgery (MBBS) professional degree is a five-year programme. The first two years follow an integrated Problem Based Learning approach. The last three years are clinically structured providing the opportunity to practice in the hospital and community. A modern building complex, erected on the main university campus to house the medical school was completed in 2012. A 450-bed academic teaching hospital was completed in 2014. On average, a total of 50 medical undergraduates are admitted to the MBBS programme annually.