The Organized Reserve infantry divisions raised immediately after World War I continued the lineage and geographic area distribution of National Army divisions that had served in the war. They were maintained on paper with all of their officers and one-third of their enlisted men. Units in other arms of the Army besides infantry, most notably cavalry, field artillery and engineers were also formed. Organized Reserve units, depending upon their geographic area, maintained relationships with one or several colleges or universities, which populated them with officers through the ROTC. In the event of war, Organized Reserve officers and enlisted men would be called to duty to form the cores of the divisions they were assigned to, and also be moved to other parts of the Army that needed officers. Service in the Organized Reserve during the interwar period was not as appealing as the Army expected. Most divisions reached their full complement of officers, but had less than 100 enlisted men, since there was no incentive for them to serve. The 101st Infantry Division was designated a division of the Organized Reserve after World War I and assigned to the state of Wisconsin; unlike the 82nd Airborne Division, the Reserve division was disbanded when the 101st Airborne Division was raised in the Army of the United States on 15 August 1942.

Reserve Component (RC) Soldiers mainly perform part-time duties as opposed to the full-time (active duty) Soldiers, but rotate through mobilizations to full-time duty. When not on active duty, RC Soldiers typically perform training and service one weekend per month, currently referred to as Battle Assembly, and for two continuous weeks at a time during the year referred to as Annual Training (AT). Many RC Soldiers are organized into Army Reserve troop program units (TPU), while others serve in active Army units as Individual Mobilization Augmentees (IMA), or are in non-drilling control groups of the Individual Ready Reserve (IRR). Soldiers may also serve on active duty in an Active Guard/Reserve (AGR) status in support of the United States Army Reserve (USAR) mission or through Active Duty Operational Support (ADOS) and Contingency Operations-Active Duty Operational Support (CO-ADOS) missions. All United States Army Soldiers sign an initial eight-year service contract upon entry into the military. Occasionally, the contract specifies that some of the service will be in the Regular Army (also called Active Component/AC) for two, three, or four-year periods; with the remaining obligation served in the RC. Though typically, Soldiers sign contracts specifying that all eight years be served in the RC, with the first 6 years in drilling status and the last 2 years in a non-drilling IRR status. Soldiers entering directly into the U.S. Army Reserve nevertheless encompasses a period of initial entry training (IET). The amount of time begins with approximately 9 weeks of Basic Combat Training (BCT), but total IET time varies according to the enlistee's elected Military Occupational Specialty (MOS) which dictates Advanced Individual Training (AIT). All U.S. Army Reserve Soldiers are subject to mobilization throughout the term of their enlistment. Soldiers who, after completing the AC portion of their enlistment contract choose not to re-enlist on active duty, are automatically transferred to the RC to complete the remainder of their Statutory Obligation (eight-year service total) and may be served in a drilling Troop Program Unit (TPU), Individual mobilization Augmentee (IMA), or Individual Ready Reserve (IRR) status. Non-commissioned officers of the rank of Staff Sergeant (E-6) and above will reenlist for an indefinite status after they have served for 12 years of service or more. The United States Army Reserve was composed of 188,703 soldiers as of late 2020.

Importance to the active army

In the early 1980s, Army Reserve soldiers constituted the following numbers in US Army units: * 100% of training divisions, brigades, and railway units * 97% of civil affairs units * 89% of psychological operations units * 85% of smoke generator companies * 78% of Petrol/Oil/Lubricant (POL) supply companies * 62% of Army hospitals * 61% of terminal companies * 59% of the supply and service capability of the Army * 51% of ammunition companies * 43% of airborne pathfinder units * 43% of watercraft companies * 42% of chemical decontamination units * 38% of combat support aviation companies * 26% of combat engineer battalions * 25% of Special Forces Groups * smaller percentages of other units and formations such as the 100th Battalion, 442 Infantry Regiment (the only combat arms unit left in the USAR). In 1980, the peacetime USAR chain of command was overlaid with a wartime trace. In an expansion of the roundout and affiliation programs begun ten years earlier, CAPSTONE purported to align every Army Reserve unit with the active and reserve component units with which they were anticipated to deploy. Units maintained lines of communication with the units – often hundreds or thousands of miles away in peacetime – who would presumably serve above or below them in the event of mobilization. This communication, in some cases, extended to coordinated annual training opportunities. Despite the commonly held belief that CAPSTONE traces were set in stone, the process of selecting units to mobilize and deploy in 1990 and 1991 in support of Operation Desert Shield and Desert Storm frequently ignored CAPSTONE. In the post-Cold War draw-down, all of the Army Reserve's combat units were disbanded, except the 100th Battalion, 442nd Infantry Regiment. This meant the disestablishment of the three remaining Army Reserve fighting brigades: the 157th Infantry Brigade (Mechanized) (Separate) of Pennsylvania, the 187th Infantry Brigade (Separate) of Massachusetts, and the 205th Infantry Brigade (Separate) (Light) of Minnesota. Many of the Army Reserve training divisions were realigned as institutional training divisions. With the Army National Guard providing reserve component combat formations and related combat support units, the Army Reserve is configured to provide combat support, combat service support, peacekeeping, nation-building and civil support capability. With roughly twenty percent of the Army's organized units and 5.3 percent of the Army's budget, the Army Reserve provides about half of the Army's combat support and a quarter of the Army's mobilization base expansion capability.

In 2008, the Army Reserve contains the following percentages of the Army's units of each category: * 100% of chemical brigades, internment brigades, judge advocate units, medical groups, railway units, training & exercise divisions, and water supply battalions. * more than 67% of civil affairs units, psychological operations units, transportation groups, motor battalions, chemical battalions, hospitals, medical brigades, and theater signal commands. * nearly 50% of petroleum battalions, Adjutant General units, petroleum groups, transportation commands, terminal battalions, and public affairs units. In fiscal years 2007–2009, the Army Reserve was realigned into a functional command structure. The majority of Army Reserve units are now assigned to operational and functional commands. Operational commands are deployable elements which command deployable units of the same or similar capabilities regardless of peacetime geographic location. For instance, the 377th Sustainment Command (Theater) commands all Army Reserve sustainment units, while the 11th Aviation Command commands all Army Reserve aviation assets. Likewise, functional commands are responsible for command of units of the same or similar capabilities regardless of peacetime geographic location, but are not, as a headquarters, deployable. The training structure has been transformed in order to streamline command and control. Instead of multiple training divisions, each with its own geographic area of responsibility, the new structure features four training commands responsible for specific categories of training throughout the United States. Each command is configured for either initial entry training, advanced individual training schools, leader development or battle command training. These commands train soldiers of the Army Reserve, Army National Guard and the active component, through formal classroom and "hands on" training. Two training support commands under the First United States Army, designated First Army East and First Army West, provide customized, realistic unit-specific and operation-specific training. Training Support Commands (TSC) plan, conduct and evaluate training exercises for Army, Army Reserve and Army National Guard units. TSC are organized under the United States First Army into two subordinate units. As a part of this realignment, most of the regional readiness commands were eliminated, leaving only seven globally. These were redesignated "egional, civil or missionsupport commands"; the four in the Continental United States being "regional"; the geography for which each regional support command increased significantly, but all of the support commands were stripped of their former command and control authority over units in their respective territories. Instead, the support commands provide base operations and administrative support to Army Reserve units within their geographic region.

Army Reserve Headquarters - Fort Bragg (formerly United States Army Reserve Command (USARC)) located at Fort Bragg, North Carolina :Through USARC, the CAR commands all Army Reserve units. USARC is responsible for the staffing, training, management, and deployment of units to ensure readiness for Army missions. The Army Reserve consists of three main categories of units: operational and functional, support, and training. Due to Base Realignment and Closure Act, the headquarters of USAR moved to Fort Bragg. 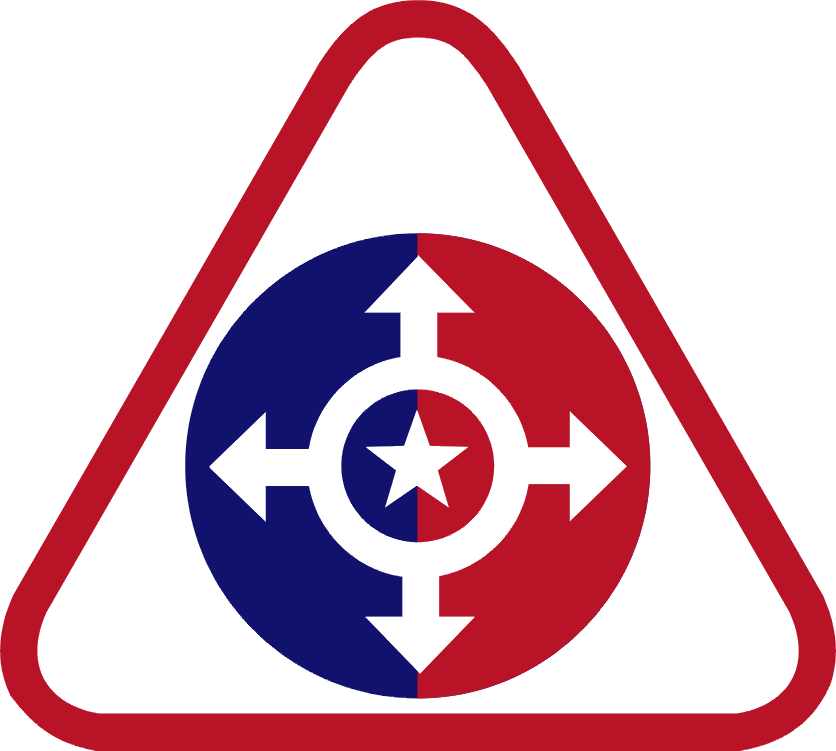 The Individual Ready Reserve (IRR) consists of individuals who are active reservists but not assigned to a particular Active Reserve Unit. Members of the IRR are encouraged to take advantage of training opportunities and are eligible for promotion provided all requirements are met.

The Retired Reserve consists of soldiers who have retired from either the active or reserve components of the Army but have not reached the age of 60.

* * Wilson, John B. ''Maneuver and Firepower: The Evolution of Divisions and Separate Brigades''. Washington, D.C.: Center of Military History (1997).