The United Nations Population Fund (UNFPA), formerly the United Nations Fund for Population Activities, is a UN agency aimed at improving reproductive and maternal health worldwide. Its work includes developing national healthcare strategies and protocols, increasing access to birth control, and leading campaigns against child marriage, gender-based violence, obstetric fistula, and female genital mutilation. The UNFPA supports programs in more than 150 countries across four geographic regions: Arab States and Europe, Asia and the Pacific, Latin America and the Caribbean, and sub-Saharan Africa. Around three-quarters of the staff work in the field. It is a founding member of the United Nations Development Group, a collection of UN agencies and programmes focused on fulfilling the Sustainable Development Goals.

UNFPA and the Sustainable Development Goals

In September 2015, the 193 member states of the United Nations unanimously adopted the Sustainable Development Goals, a set of 17 goals aiming to transform the world over the next 15 years. These goals are designed to eliminate poverty, discrimination, abuse and preventable deaths, address environmental destruction, and usher in an era of development for all people, everywhere. The Sustainable Development Goals are ambitious, and they will require enormous efforts across countries, continents, industries and disciplines, but they are achievable. UNFPA works with governments, partners and other UN agencies to directly tackle many of these goals – in particular Goal 3 on health, Goal 4 on education and Goal 5 on gender equality – and contributes in a variety of ways to achieving many of the other goals.

UNFPA is the world's largest multilateral source of funding for population and reproductive health programs. The Fund works with governments and non-governmental organizations in over 150 countries with the support of the international community, supporting programs that help women, men and young people: * voluntarily plan and have the number of children they desire and to avoid unwanted pregnancies * undergo safe pregnancy and childbirth * avoid spreading sexually transmitted infections * decrease violence against women * increase the equality of women * encouraging the use of birth control UNFPA uses a human rights-based approach in programming to address three "transformative goals": # Zero preventable maternal death # Zero gender-based violence # Zero unmet need for family planning. The Fund raises awareness of and supports efforts to meet these goals, advocates close attention to population concerns and helps nations formulate policies and strategies in support of sustainable development. Dr. Osotimehin assumed leadership in January 2011. The Fund is also represented by UNFPA Goodwill Ambassadors and a Patron.

UNFPA works in partnership with governments, along with other United Nations agencies, communities, NGOs, foundations and the private sector, to raise awareness and mobilize the support and resources needed to achieve its mission to promote the rights and health of women and young people. Contributions from governments and the private sector to UNFPA in 2016 totaled $848 million. The amount includes $353 million to the organization's core resources and $495 million earmarked for specific programs and initiatives. Examples of campaigns:

* This UNFPA-led global campaign works to prevent obstetric fistula, a devastating and socially isolating injury of childbirth, to treat women who live with the condition and help those who have been treated to return to their communities. The campaign works in more than 40 countries in Africa, the Arab States and South Asia. * The leader of the campaign to end fistula, Erin Anastasi, decided to start this campaign in 2003 in hopes of ending deaths of new mothers after developing fistula. This campaign is now active in over 50 countries working not only to prevent fistula, but also to give fistula survivors a sense of reforming their life after overcoming this burden. Nearly 800 women in Africa and Asia die after childbirth and more than 2 million young women live with untreated obstetric fistula in Asia and Sub-Saharan Africa. The campaign focuses mainly on providing training and funds to support women living with fistula, and also programs aimed towards survivors. The campaign is also looking at ways to prevent fistula from developing in general by providing medical supplies and technical guidance and support.

* UNFPA has worked for many years to end the practice of female genital mutilation, the partial or total removal of external female genital organs for cultural or other non-medical reasons. The practice, which affects 100–140 million women and girls across the world, violates their right to health and bodily integrity. In 2007, UNFPA in partnership with UNICEF, launched a $44 million program to reduce the practice by 40 per cent in 16 countries by 2015 and to end it within a generation. UNFPA also recently sponsored a Global Technical Consultation, which drew experts from all over the world to discuss strategies to convince communities to abandon the practice. UNFPA supports the campaign to end female genital mutilation with ''The Guardian''.

Relations with the US government

UNFPA has been accused by groups opposed to abortion of providing support for government programs which have promoted forced-abortions and coercive sterilizations. UNFPA says it "does not provide support for abortion services". Its charter includes a strong statement condemning coercion. Controversies regarding these claims have resulted in a sometimes shaky relationship between the organization and three presidential administrations, that of Ronald Reagan, George H. W. Bush and George W. Bush, withholding funding from the UNFPA. UNFPA provided aid to Peru's reproductive health program in the mid-to-late 1990s. When it was discovered a Peruvian program had been engaged in carrying out coercive sterilizations, UNFPA called for reforms and protocols to protect the rights of women seeking assistance. UNFPA continued work with the country after the abuses had become public to help end the abuses and reform laws and practices. From 2002 through 2008, the Bush Administration denied funding to UNFPA that had already been allocated by the US Congress, on the grounds that the UNFPA supported Chinese government programs which include forced abortions and coercive sterilizations. In a letter from the Undersecretary of State for Political Affairs Nicholas Burns to Congress, the administration said it had determined that UNFPA's support for China's population program "facilitates (its) government’s coercive abortion program", thus violating the Kemp-Kasten Amendment, which bans the use of United States aid to finance organizations that support or take part in managing a program of coercive abortion of sterilization. The notion that UNFPA had any connection to China's administration of forced abortions was deemed to be unsubstantiated by investigations carried out by various US, UK, and UN teams sent to examine UNFPA activities in China. Specifically, a three-person U.S State Department fact-finding team was sent on a two-week tour throughout China. It wrote in a report to the State Department that it found "no evidence that UNFPA has supported or participated in the management of a program of coercive abortion or involuntary sterilization in China," as has been charged by critics. However, according to then-Secretary of State Colin Powell, the UNFPA contributed vehicles and computers to the Chinese to carry out their population planning policies. However, both the Washington Post and the Washington Times reported that Powell simply fell in line, signing a brief written by someone else. 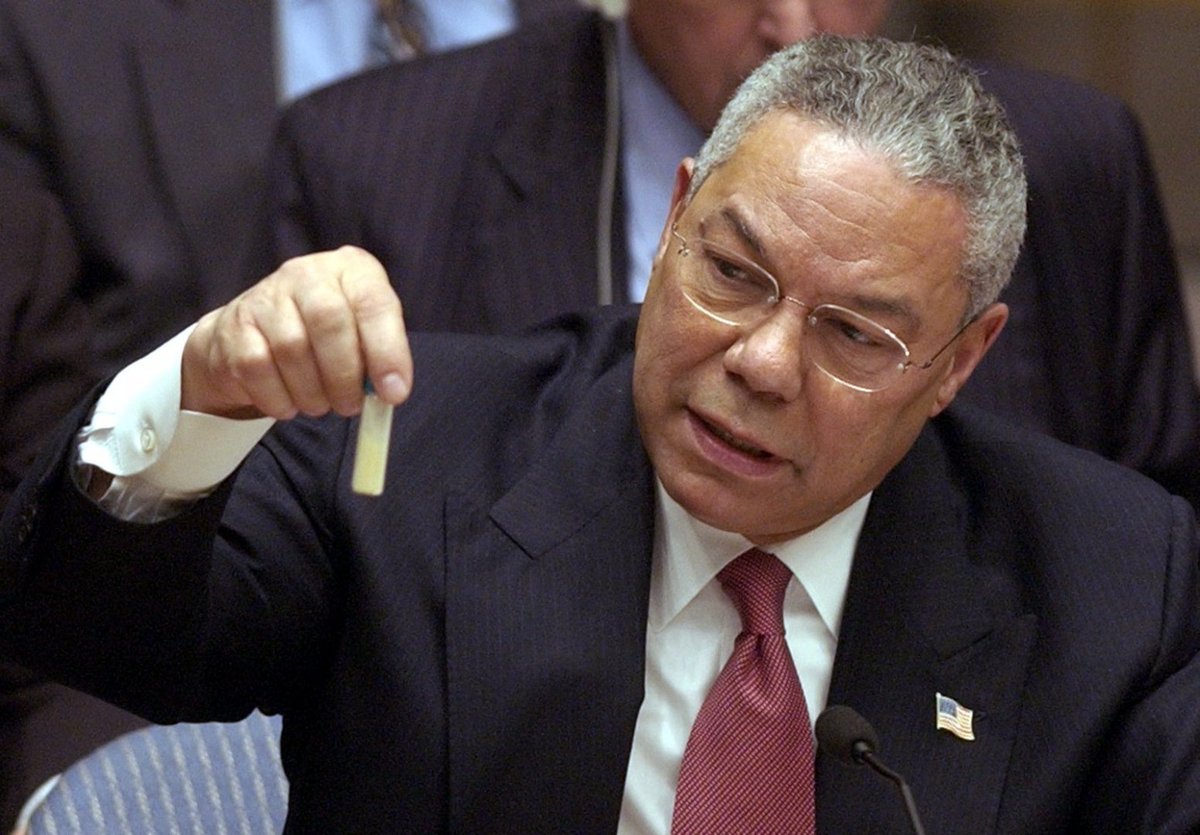 Rep. Chris Smith (R-NJ), criticized the State Department investigation, saying the investigators were shown "Potemkin Villages" where residents had been intimidated into lying about the family-planning program. Dr. Nafis Sadik, former director of UNFPA said her agency had been pivotal in reversing China's coercive population planning methods, but a 2005 report by Amnesty International and a separate report by the United States State Department found that coercive techniques were still regularly employed by the Chinese, casting doubt upon Sadik's statements. But Amnesty International found no evidence that UNFPA had supported the coercion. A 2001 study conducted by the pro-life Population Research Institute (PRI) claimed that the UNFPA shared an office with the Chinese family planning officials who were carrying out forced abortions. "We located the family planning offices, and in that family planning office, we located the UNFPA office, and we confirmed from family planning officials there that there is no distinction between what the UNFPA does and what the Chinese Family Planning Office does," said Scott Weinberg, a spokesman for PRI. However, United Nations Members disagreed and approved UNFPA's new country programme in January 2006. The more than 130 members of the "Group of 77" developing countries in the United Nations expressed support for the UNFPA programmes. In addition, speaking for European democracies – Norway, Denmark, Sweden, Finland, the Netherlands, France, Belgium, Switzerland and Germany – the United Kingdom stated, ”UNFPA’s activities in China, as in the rest of the world, are in strict conformity with the unanimously adopted Programme of Action of the ICPD, and play a key role in supporting our common endeavor, the promotion and protection of all human rights and fundamental freedoms". President Bush denied funding to the UNFPA. Over the course of the Bush Administration, a total of $244 million in Congressionally approved funding was blocked by the Executive Branch. In response, the EU decided to fill the gap left behind by the US under the Sandbaek report. According to it
Annual Report for 2008
the UNFPA received its funding mainly from European Governments: Of the total income of M845.3 M, $118 was donated by the Netherlands, $67 M by Sweden, $62 M by Norway, $54 M by Denmark, $53 M by the UK, $52 M by Spain, $19 M by Luxembourg. The European Commission donated further $36 M. The most important non-European donor State was Japan ($36 M). The number of donors exceeded 180 in one year. In the United States, nonprofit organizations like Friends of UNFPA (formerly Americans for UNFPA) worked to compensate for the loss of United States federal funding by raising private donations. In January 2009 President Barack Obama restored US funding to UNFPA, saying in a public statement that he would "look forward to working with Congress to restore US financial support for the UN Population Fund. By resuming funding to UNFPA, the US will be joining 180 other donor nations working collaboratively to reduce poverty, improve the health of women and children, prevent HIV/AIDS and provide family planning assistance to women in 154 countries." In April 2017, the U.S. announced that it will cut off funding to UNFPA, on the grounds that it "supports, or participates in the management of, a program of coercive abortion or involuntary sterilization." UNFPA refuted this claim, as all of its work promotes the human rights of individuals and couples to make their own decisions, free of coercion or discrimination. In addition
this is what the United States
re
United States statement at the UNDP/UNFPA/UNOPS Executive Board meeting that considered the China programme in 2015
/ref> said during the UNDP/UNFPA/UNOPS Executive Board meeting that considered the China programme in 2015: "During its recent visit, the U.S. delegation observed the positive impact of UNFPA’s rights-based programming in China. We commend the Fund’s adherence to demonstrating the advantages of a voluntary approach to family planning and were pleased to see – in support of its ICPD commitments – increased provider emphasis on patient rights".

Other UN population agencies and entities

Entities with competencies about population in the United Nations: *Commission on Population and Development *United Nations Department of Economic and Social Affairs