UTV is the ITV region covering Northern Ireland and the former on-air name of the free-to-air television channel serving the area. It is run by ITV plc and is responsible for the regional news service and other programmes made principally for the area. The modern TV channel, ITV is directly descended from the network of the same name, consisting of independent regional companies which were once the only commercial TV broadcasters in their area. UTV held the licence for Northern Ireland and first went on the air on October 31 1959. The company itself was formed in November 1958 to apply for the licence - advertised by the Independent Television Authority - and became the first indigenous broadcaster in Northern Ireland. The company later diversified and the UTV television operation was sold by parent UTV Media plc (now known as Wireless Group and part of News UK) to ITV plc in February 2016. 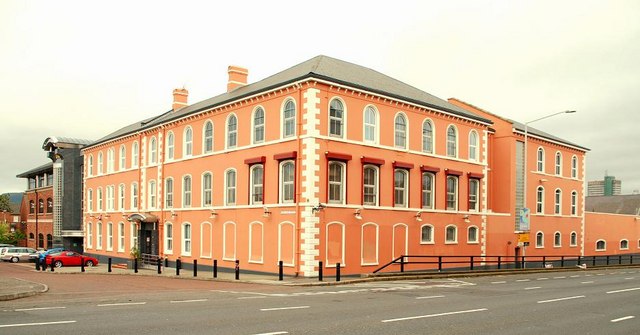 The governing body of the Independent Television network, the Independent Television Authority, first advertised the franchise for Northern Ireland in September 1958. Two consortia applied for the franchise; one led by the Duke of Abercorn and supported by ''The Belfast Telegraph'' and ''The Northern Whig'' newspapers, the other led by the Earl of Antrim and supported by ''The News Letter'' and Sir Laurence Olivier. The ITA eventually persuaded both applicants to merge their bids to obtain the new franchise, on the provision that a greater stake of investment in the station was offered to Catholic sources. With the ITA request met, the group, under the name Ulster Television Limited, set out their plans for broadcasting; initially, the station would try to provide 20 minutes of locally sourced programmes per day, and the company arranged with ABC Television to sell advertising time and to maintain their studio premises at a former hemstitching warehouse in Havelock House on the Ormeau Road in Belfast.

Ulster Television went on air at 4pm on Halloween Day 1959, the 12th ITV station to launch. The station's opening was overseen by Lord Wakehurst, then Governor of Northern Ireland, and Sir Laurence Olivier introduced the opening ceremony. The station's first night of programming, introduced by duty announcer Adrienne McGuill, featured networked series such as ''The Adventures of Robin Hood'' and ''77 Sunset Strip'', two news bulletins from ITN and the 1949 feature film ''Task Force''. Sir Laurence Olivier delivered the station's first epilogue, an excerpt from Joseph Addison's "The Spacious Firmament". The following evening, UTV contributed a play to the ''Armchair Theatre'' series, "A Shilling for the Evil Day", produced in association with ABC Television. Earlier in the day, the station broadcast its first unofficial colour production – a film of images from across Northern Ireland was broadcast entitled ''Ulster Rich and Rare'', produced by Lord Wakehurst. At launch, Ulster Television employed a staff of 100 people including six presenters: Ivor Mills and Anne Gregg were chosen as the presenters of local magazine programme ''Roundabout'', Adrienne McGuill, James Greene and Brian Durkin were the first continuity announcers, and former rugby union international Ernest Strathdee was recruited as the station's sports presenter. Initially, Ulster Television's programmes would only be available to viewers located within range of the Black Mountain transmitter near Belfast. On the station's first night of programmes however, it was reported that some residents of Dublin, located over 100 miles away, had called the station to report poor picture reception. Coverage of UTV spread to Western areas of Northern Ireland when the Strabane transmitter opened in February 1963.

Ulster Television's UHF PAL colour service was launched with the opening of the UHF transmitter Divis in September 1970.