The U.S. Green Building Council (USGBC), co-founded by Mike Italiano, David Gottfried and Rick Fedrizzi in 1993, is a private 501(c)3, membership-based non-profit organization that promotes sustainability in building design, construction, and operation. USGBC is best known for its development of the
Leadership in Energy and Environmental Design Leadership in Energy and Environmental Design (LEED) is a Green building certification systems, green building certification program used worldwide. Developed by the non-profit U.S. Green Building Council (USGBC), it includes a set of rating s ...
(LEED) green building rating systems and its annual Greenbuild International Conference and Expo, the world’s largest conference and expo dedicated to green building. USGBC was one of eight national councils that helped found the
World Green Building Council The World Green Building Council (WorldGBC) is a non-profit organisation and global network of national Green Building Councils (GBCs). It has member councils in over 70 countries worldwide, which collectively have 49,000 members (25,000 member com ...
(WorldGBC). The current president and CEO is Mahesh Ramanujam who acquired this role in January 2017 after co-founder Rick Fedrizzi. Through its partnership with the Green Business Certification Inc. (GBCI), USGBC offers a suite of LEED professional credentials that denote expertise in the field of green building. USGBC incentivizes LEED certification by awarding extra certification points to building projects completed with a LEED-certified professional on staff.

The LEED Green Building Rating System (LEED) is a program that provides third-party verification of green buildings. The LEED rating systems address both a wide variety of buildings types, including commercial buildings, homes, neighborhoods, retail, healthcare, and schools, as well as every phase of the building lifecycle including design, construction, operations and maintenance. Projects may earn one of four levels of LEED certification (Certified, Silver, Gold or Platinum) by achieving a given number of point-based credits within the rating system. Development of LEED began in 1993, spearheaded by
Natural Resources Defense Council The Natural Resources Defense Council (NRDC) is a United States-based 501(c)(3) organization, 501(c)(3) non-profit international Environmentalism, environmental advocacy group, with its headquarters in New York City and offices in Washington D.C. ...
(NRDC) senior scientist Robert K. Watson. JD Polk co-founder of Solar Cells Inc (First Solar) also contributed to the guidelines set forth in the initial formation, as did long time solar advocate Lawton Chiles the Gov of Fla at the time. As founding chairman of the LEED Steering Committee, Watson led a broad-based consensus process until 2007, bringing together non-profit organizations, government agencies, architects, engineers, developers, builders, product manufacturers and other industry leaders. The LEED initiative was supported by a strong USGBC Board of Directors, chaired by Steven Winter from 1999 to 2003, and very active staff, including Nigel Howard. At that time, USGBC’s Senior Vice President of LEED, Scot Horst, became chair of the LEED Steering Committee before joining USGBC staff. Early LEED committee members also included USGBC co-founder Mike Italiano, architects Bill Reed and Sandy Mendler, builder Gerard Heiber and Myron Kibbe and engineer Richard Bourne. As interest in LEED grew, in 1996, engineers Tom Paladino and Lynn Barker co-chaired the newly formed LEED technical committee. Beginning with its launch in 2000, LEED has grown from one rating system for new construction to a comprehensive system of nine interrelated rating systems covering all aspects of the development and construction process. Since its inception, LEED has grown from six volunteers on one committee to more than 200 volunteers on nearly 20 committees and nearly 200 professional staff. USGBC was awarded the American Architectural Foundation’s Keystone Award in 2012. The
National Building Museum The National Building Museum is located at 401 F Street NW in It is a museum of "architecture, design, engineering, construction, and ". It was created by an in 1980, and is a private ; it is adjacent to the and the station. The museum host ...

presented the USGBC with its 2009
Honor Award The National Building Museum The National Building Museum is located at 401 F Street NW in Washington, D.C. It is a museum of "architecture, design, engineering, construction, and urban planning". It was created by an act of Congress in 1980, and ...
(themed "Visionaries in Sustainability"), citing the organization's "exceptional achievement in establishing and integrating green building standards" in its LEED systems as one of the reasons for selection. The museum also awarded USGBC with its Henry C. Turner Prize in 2005 for its leadership and innovation in the construction industry, specifically for LEED. To date, it is the only organization to have received two awards from the Building Museum. LEED standards have been criticized for not actually creating
energy efficient building Green building (also known as green construction or sustainable building) refers to both a structure and the application of processes that are environmentally responsible Ecosophy or ecophilosophy (a portmanteau of ecological philosophy) is a p ...
s. In 2013, The
Washington Examiner The ''Washington Examiner'' is an American conservative news website and weekly magazine based in Washington, D.C. It is owned by MediaDC, a subsidiary of Clarity Media Group, which is owned by Philip Anschutz. From 2005 to mid-2013, the ''Examin ...
analyzed energy efficiency data of New York City buildings and found that LEED-certified buildings actually performed worse than buildings in general. An analysis by
USA Today ''USA Today'' (stylized in all uppercase) is an American daily middle-market newspaper A middle-market newspaper is a newspaper that caters to readers who like entertainment as well as the coverage of important news events. Middle-market sta ...
found that building makers target LEED’s easiest points—those that don’t necessarily increase the energy efficiency of a building.

On May 23, 2013, Rep.
David McKinley David Bennett McKinley (born March 28, 1947) is an American businessman and politician who has been the U.S. Representative for since 2011. He is a member of the Republican Party. McKinley was a member of the West Virginia House of Delegates fr ...

introduced the Better Buildings Act of 2014 (H.R. 2126; 113th Congress) into the
United States House of Representatives The United States House of Representatives is the lower house of the United States Congress, with the United States Senate, Senate being the upper house. Together they compose the national Bicameralism, bicameral legislature of the United S ...
. The bill would amend federal law aimed at improving the
energy efficiency Energy efficiency may refer to: * Energy efficiency (physics), the ratio between the useful output and input of an energy conversion process ** Electrical efficiency, useful power output per electrical power consumed ** Mechanical efficiency, a rat ...
of commercial office buildings. The bill would also create a program called "Tenant Star" similar to the existing
Energy Star Energy Star (trademarked ''ENERGY STAR'') is a program run by the U.S. Environmental Protection Agency (EPA) and U.S. Department of Energy (DOE) that promotes energy efficiency. The program provides information on the energy consumption of produ ... 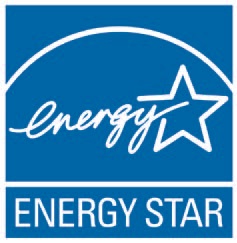 program. The U.S. Green Building Council was involved in organizing and supporting this bill. The U.S. Green Building Council also supported the Streamlining Energy Efficiency for Schools Act of 2014 (H.R. 4092; 113th Congress), a bill that would require the
United States Department of Energy The United States Department of Energy (DOE) is a cabinet Cabinet or The Cabinet may refer to: Furniture * Cabinetry, a box-shaped piece of furniture with doors and/or drawers * Display cabinet, a piece of furniture with one or more transp ...
to establish a centralized clearinghouse to disseminate information on federal programs, incentives, and mechanisms for financing energy-efficient retrofits and upgrades at schools. The U.S. Green Building Council said that the bill "aims to make important improvements to existing federal policies."

* Green building council **
UK Green Building Council The UK Green Building Council (UKGBC) is a United Kingdom membership organisation, formed in 2007, which aims to 'radically transform' the way that the built environment in the UK is planned, designed, constructed, maintained and operated. The Cou ...
**
Philippine Green Building Council The Philippine Green Building Council (PHILGBC) is a national non-stock, non-profit organization that promotes the sharing of knowledge on green practices to the property industry to ensure a sustainable environment. It was organized to serve as a s ...
* Green Business Certification Inc. *
Green building in the United States This article provides examples of green building programs in the United States. These programs span the public, private, and non-profit sectors, and all have the goal of increasing energy efficiency and the sustainability of the built environment. ...
* Green Building on College Campuses *
LEED Accredited Professional Exam The LEED Professional Exams are administered by the Green Business Certification Inc. (GBCI) for professionals seeking to earn credentials and certificates. The exams test knowledge based on the U.S. Green Building Council's Leadership in Energ ...
*
Sustainable architecture Sustainable architecture is architecture upright=1.45, alt=Plan d'exécution du second étage de l'hôtel de Brionne (dessin) De Cotte 2503c – Gallica 2011 (adjusted), Plan of the second floor (attic storey) of the Hôtel de Brionne in ...