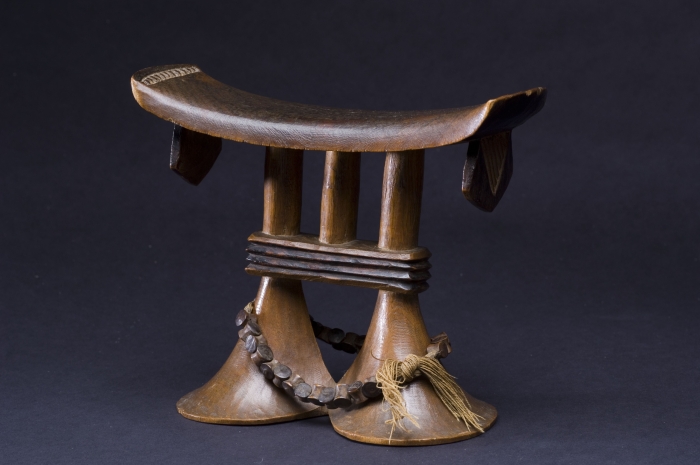 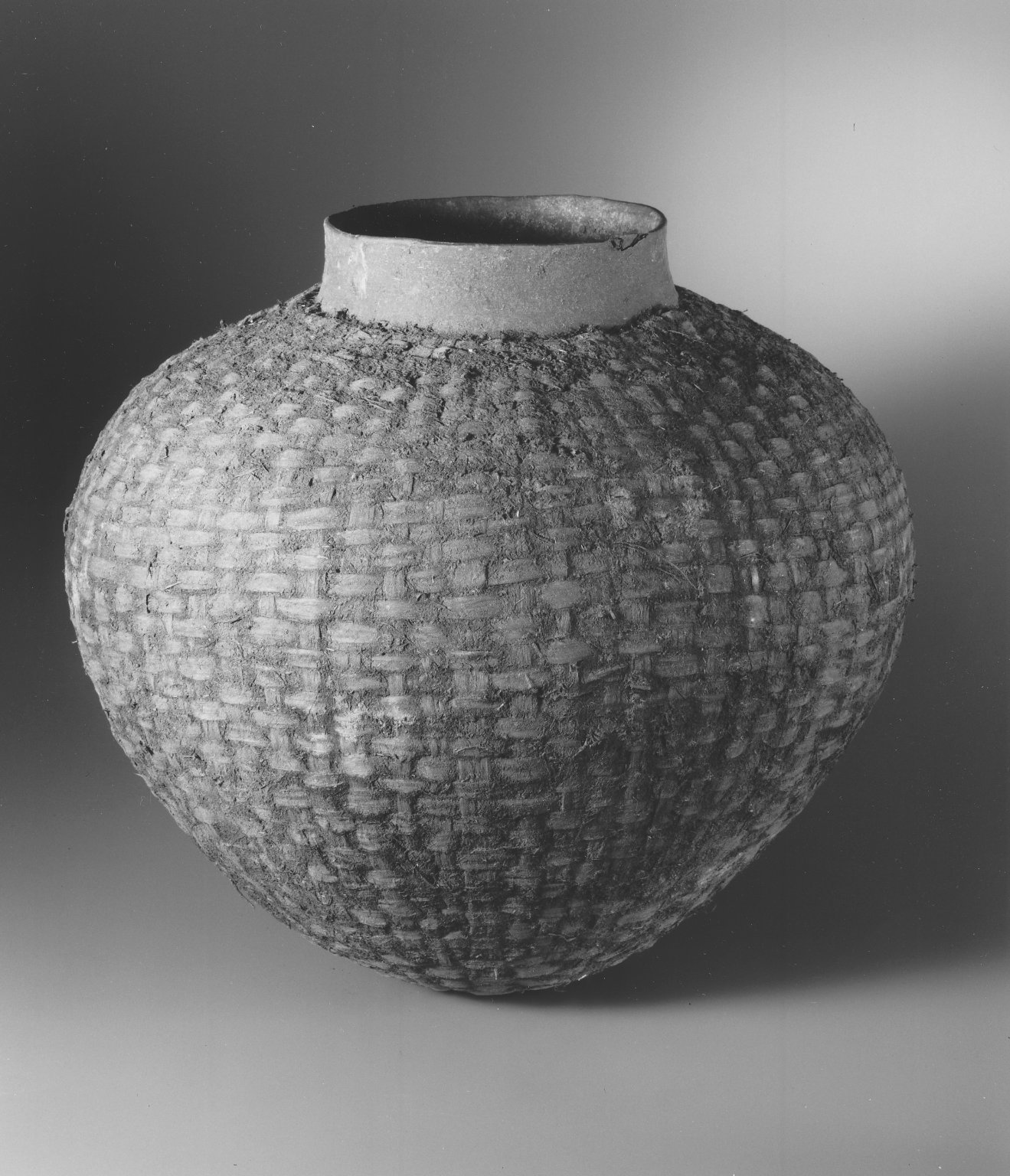 The Tsonga people originated from Central and East Africa somewhere between AD 200 and 500, and have been migrating in-and-out of South Africa for over a thousand (1,000) years. Initially, the Tsonga people settled on the coastal plains of Northern Mozambique but finally settled in the Transvaal Province and around parts of St Lucia Bay in South Africa from as early as the 1300s. One of the earliest reputable written accounts of the Tsonga people is by Henri Philipe (HP) Junod titled "''Matimu ya Vatsonga 1498-1650''" which was formally published in 1977, and it speaks of the earliest Tsonga kingdoms. Before this, the older Henri Alexandri (HA) Junod released his work titled "''The life of a South African Tribe''" which was first published under two volumes in 1912-1913 and re-published in 1927. The historical movements of the Tsonga people is dominated by separate migrations, with the Tembe people settling at the Southern parts of Swaziland around the 1350s and the Van'wanati and Vanyayi settling in the eastern Limpopo region between the late 1400s and 1650s. Separate migrations from parts of Mozambique occurred shortly thereafter and particularly during the 1800s. According to historical records acquired from the Portuguese (who are perhaps the first Europeans to ship to African soil in the 1400s) and Swiss Missionaries who arrived to Mozambique and South Africa in the 1800s, Portuguese sailors encountered Tsonga tribes near the coast of Mozambique. Early tribes identified are names such as the Mpfumo who belong to the Rhonga clan within the wider Tsonga (Thonga) ethnicity, and further identified during the 1500-1650 are the Valenga, Vacopi, Vatonga (Nyembana), Vatshwa, and Vandzawu. The Vatsonga people from very early on were much like a confederacy where different groups settled and assimilated within a particular area and adopted a similar language that differed on the basis of geographic location (dialect). Various dialects of the Thonga/Tsonga language emerged from around the 1200s or earlier, such as Xirhonga, Xin'walungu, Xihlanganu, Xibila, Xihlengwe, and Xidjonga. They held large territorial areas in southern Mozambique and parts of South Africa and extracted tribute for those who passed through (paying tribute was to secure passage or to be spared from attack). The Tsonga tribes also operated like a confederacy in supplying regiments to different groups in the northern Transvaal region during times of Great Zimbabwe establishment and engaged in trade. Typical examples during the 1800s are the Nkuna and Valoyi tribes which supplied soldiers to help the Modjadji kingdom; and the Nkomati and Mabunda tribes for supplying regiments to the army of Joao Albasini. The Tsonga people have an age-old custom of leading their own tribes, with a senior traditional leader at the forefront of their own tribal establishment and is seen with a status equal to that of a king. The Tsonga people have lived according to these customs for ages and they hold the belief that ''"vukosi a byi peli nambu"'' which is a metaphor meaning "kingship does not cross territorial or family borders". Within apartheid South Africa, a Tsonga "homeland", Gazankulu Bantustan, was created out of part of northern Transvaal Province (Now Limpopo Province and Mpumalanga) during the 1960s and was granted self-governing status in 1973. This bantustan's economy depended largely on gold and on a small manufacturing sector. However, only an estimated 500,000 people—less than half the Tsonga population of South Africa—ever lived there. Many others joined township residents from other parts of South Africa around urban centres, especially Johannesburg and Pretoria.

The Tsonga ethnic group has been united by the gradual assimilation of various nearing tribes found in abundance within Mozambique, Zimbabwe, and South Africa respectively. Historical research indicates that the development of a common language (Xitsonga) as well as cultural integration within the Tsonga ethnic group has been occurring ever since the 1200s (over 800 years ago). It is possible that different conflicting groups sought to establish protection alliances and thus integrated their tribes into a common establishment or to secure trade. Language appears to be the dominant factor in uniting the Tsonga tribes, similarly to the Venda people who are also of various tribes united by the Venda language. The Tembe nation is probably one of the most influential in the east coast and one of the first people to settle in the northern parts of Kwazulu natal and southern Mozambique, and various clans like the Dlamini, Gumedes, mashabanes, Matshinyes, Nyakas To mention a few identify themselves with Tembe nations or being identical with the Tembe. one of earliest northern Tsonga kingdom within South African territory from the 1600s to the late 1800s was the Hlengwe Dynasty of Mahimi Mkhumuli Mabasa/Chauke and in the late 1900s was the Mhinga Dynasty, who founded Malamulele (the Rescuer) and further formed the leadership of the Gazankulu territorial authority around the 1960s in what is today the eastern parts of the Limpopo province. The Van'wanati clan according to Henry A. Junod (1912) are also the ones who re-assimilated the Baloyi and Vanyayi clans who left the Kalanga country and became Tsonga-speaking. However the Baloyi were part of the original Thonga cluster of clans (through their ancestor Gwambe) before they went to conquer parts of Zimbabwe and were nicknamed as Barozwi ("the destroyers"). The Tsonga people themselves still recognize their respective tribal origins and have also embraced the Tsonga national identity, which unites them linguistically and culturally within South Africa. The biggest factor in uniting the various Xitsonga-speaking tribes in South African territory is the role played by Sunduza II of the Mhinga Dynasty in 1961 where he mobilized all the Tsonga chiefs to form a territorial authority that enabled the Tsonga people to retain their own recognition equal to the Venda and Pedi territorial authorities (Mathebula 2002, p. 37). Sunduza II Mhinga, a descendant of Dzavana and the king of the Chopi people Gunyule, began his pursuits to unite the Tsonga clans in the 1950s when the apartheid government attempted to assimilate the Tsonga and Shangaan people into the Venda and Pedi Bantustans. Sunduza II then called a meeting for all the leading Tsonga chiefs in 1957 and made a resolution to unite and resist the impending assimilation. The leadership by Sunduza II resulted in the apartheid government engaging in diplomatic talks which unilaterally granted the Tsonga people recognition to form their own territorial authority. This greatly cemented the unity between the Tsonga and Shangaan people from the formation of the Gazankulu Homeland where Hudson William Edison Ntsanwisi, Hudson Ntsanwisi (a member of the Van'wanati Maluleke, Maluleke clan) became the first Chief Minister of the Tsonga and Shangaan people. Xitsonga-speaking communities of South Africa after 1890 (through a Xitsonga-related dialect or sub dialect): * Vatsonga (Thonga, Tsonga, Xitanga) * Amashangana (Ngoni, Ndwandwe)

The Tsonga traditional economy is based on mixed agriculture and pastoralism. Cassava is the staple; corn (maize), millet, sorghum, and other crops are also grown. Women do much of the agricultural work, while men and teenage boys take care of domestic animals (a herd of cows, sheep, and goats) although some men grow cash crops. Most Tsongas now have jobs in South Africa and Mozambique.

Tsonga men traditionally attend the initiation school for circumcision called ''Matlala'' (KaMatlala) or ''Ngoma'' (e Ngomeni) after which they are regarded as men. Young teenage girls attend an initiation school that old Vatsonga women lead called Khomba, and initiates are therefore called tikhomba (khomba- singular, tikhomba- plural). Only virgins are allowed to attend this initiation school where they will be taught more about womanhood, how to carry themselves as tikhomba in the community, and they are also readied for marriage. The Vatsonga people living along the Limpopo River in South Africa have recently gained a significant amount of attention for their high-tech, lo-fi electronic dance music Xitsonga Traditional and otherwise promoted as Music of South Africa#Tsonga-traditional, Tsonga Disco, electro, and Tsonga ndzhumbha. The more traditional dance music of the Tsonga people was pioneered by the likes of General MD Shirinda, Fanny Mpfumo, Matshwa Bemuda, and Thomas Chauke, while the experimental genres of Tsonga disco and Tsonga ndzhumbha have been popularized by artists such as Joe Shirimani, Penny Penny, Peta Teanet, and Benny Mayengani. The more westernized type of sound which includes a lot of English words, sampled vocals and heavy synthesizers is promoted as Shangaan electro in Europe and has been pioneered by the likes of Nozinja, the Tshetsha Boys, and DJ Khwaya. The Tsonga people are also known for a number of traditional dances such as the Makhwaya, Xighubu, Mchongolo and Xibelani dances.

Like most Bantu people, Bantu cultures, the Tsonga people have a strong acknowledgement of their Veneration of the dead, ancestors, who are believed to have a considerable effect on the lives of their descendants. The Traditional Healers of South Africa, traditional healers are called n'anga. Legend has it that the first Tsonga diviners of the gazankulu, South African lowveld were a woman called ''Nkomo We Lwandle'' (Cow of the Ocean) and a man called ''Dunga Manzi'' (Stirring Waters). A powerful water serpent, Nzunzu (Ndhzhundzhu), allegedly captured them and submerged them in deep waters. They did not drown, but lived underwater breathing like fish. Once their kin had slaughtered a cow for Nzunzu, they were released and emerged from the water on their knees as powerful diviners with an assortment of potent herbs for healing. ''Nkomo We Lwandle'' and ''Dunga Manzi'' became famous healers and trained hundred of women and men as diviners. Among the Tsongas, symptoms such as persistent pains, infertility and bouts of aggression can be interpreted as signs that an alien spirit has entered a person's body. When this occurs, the individual will consult a n'anga to diagnose the cause of illness. If it has been ascertained that the person has been called by the ancestors to become a n'anga, they will become a client of a senior diviner who will not only heal the sickness, but also invoke the spirits and Traditional Healers of South Africa#Thwasa and initiation, train them to become diviners themselves. The legend of the water serpent is re-enacted during the diviner's initiation, by ceremoniously submerging the initiates in water from which they emerge as diviners. The kind of spirits that inhabit a person are identified by the language they speak. There are generally the Ngoni (derived from the word Nguni people, Nguni), the Ndau and the Malopo. The Ndau spirit possesses the descendants of the Gaza Empire, Gaza soldiers who had slain the Ndau people, Ndau and taken their wives. Once the spirit has been converted from hostile to benevolent forces, the spirits bestow the powers of divination and healing on the nganga.