In the context of
information retrieval Information retrieval (IR) in computing Computing is any goal-oriented activity requiring, benefiting from, or creating computing machinery. It includes the study and experimentation of algorithmic processes and development of both computer h ...
, a thesaurus (plural: "thesauri") is a form of
controlled vocabulary Controlled vocabularies provide a way to organize knowledge for subsequent retrieval. They are used in subject indexing schemes, subject headings, thesaurus (information retrieval), thesauri, Taxonomy (general), taxonomies and other knowledge orga ...
that seeks to dictate semantic manifestations of
metadata Metadata is "data Data (; ) are individual facts, statistics, or items of information, often numeric. In a more technical sense, data are a set of values of qualitative property, qualitative or quantity, quantitative variable (research), v ... 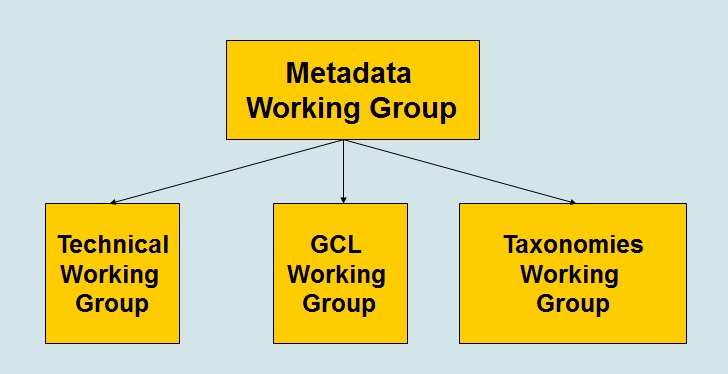 in the indexing of content objects. A thesaurus serves to minimise semantic ambiguity by ensuring uniformity and consistency in the storage and retrieval of the manifestations of content objects. ANSI/NISO Z39.19-2005 defines a content object as "any item that is to be described for inclusion in an information retrieval system, website, or other source of information". The thesaurus aids the assignment of preferred terms to convey semantic metadata associated with the content object. A thesaurus serves to guide both an indexer and a searcher in selecting the same preferred term or combination of preferred terms to represent a given subject.
ISO 25964 ISO 25964 is the international standard for thesauri, published in two parts as follows: ''ISO 25964'' '' Information and documentation - Thesauri and interoperability with other vocabularies'' ''Part 1: Thesauri for information ret ...
, the international standard for information retrieval thesauri, defines a thesaurus as a “controlled and structured vocabulary in which concepts are represented by terms, organized so that relationships between concepts are made explicit, and preferred terms are accompanied by lead-in entries for synonyms or quasi-synonyms.” A thesaurus is composed by at least three elements: 1-a list of words (or terms), 2-the relationship amongst the words (or terms), indicated by their hierarchical relative position (e.g. parent/broader term; child/narrower term, synonym, etc.), 3-a set of rules on how to use the thesaurus.

Wherever there have been large collections of information, whether on paper or in computers, scholars have faced a challenge in pinpointing the items they seek. The use of classification schemes to arrange the documents in order was only a partial solution. Another approach was to index the contents of the documents using words or terms, rather than classification codes. In the 1940s and 1950s some pioneers, such as
Calvin Mooers Calvin Northrup Mooers (October 24, 1919 – December 1, 1994), was an United States, American computer scientist known for his work in information retrieval and for the programming language TRAC programming language, TRAC. Early life Mooers was ...
, Charles L. Bernier
Evan J. Crane
and
Hans Peter Luhn Hans Peter Luhn (July 1, 1896 – August 19, 1964) was a researcher in the field of computer science and Library & Information Science for IBM, and creator of the Luhn algorithm, Key Word in Context, KWIC (Key Words In Context) indexing, and ...
, collected up their index terms in various kinds of list that they called a “thesaurus” (by analogy with the well known thesaurus developed by Peter Roget). The first such list put seriously to use in information retrieval was the thesaurus developed in 1959 at the E I Dupont de Nemours Company. The first two of these lists to be published were the ''Thesaurus of ASTIA Descriptors'' (1960) and the ''Chemical Engineering Thesaurus'' of the American Institute of Chemical Engineers (1961), a descendant of the Dupont thesaurus. More followed, culminating in the influential ''Thesaurus of Engineering and Scientific Terms'' (TEST) published jointly by the Engineers Joint Council and the US Department of Defense in 1967. TEST did more than just serve as an example; its Appendix 1 presented ''Thesaurus rules and conventions'' that have guided thesaurus construction ever since. Hundreds of thesauri have been produced since then, perhaps thousands. The most notable innovations since TEST have been: (a) Extension from monolingual to multilingual capability; and (b) Addition of a conceptually organized display to the basic alphabetical presentation. Here we mention only some of the national and international standards that have built steadily on the basic rules set out in TEST: *
UNESCO The United Nations Educational, Scientific and Cultural Organization (UNESCO) (french: Organisation des Nations unies pour l'éducation, la science et la culture) is a specialised agency United Nations Specialized Agencies are autonomous orga ...

In information retrieval, a thesaurus can be used as a form of controlled vocabulary to aid in the indexing of appropriate metadata for information bearing entities. A thesaurus helps with expressing the manifestations of a concept in a prescribed way, to aid in improving
precision and recall In , and , precision and recall are performance metrics that apply to data retrieved from a , or . Precision (also called ) is the fraction of relevant instances among the retrieved instances, while recall (also known as ) is the fraction of r ...
. This means that the semantic conceptual expressions of information bearing entities are easier to locate due to uniformity of language. Additionally, a thesaurus is used for maintaining a hierarchical listing of terms, usually single words or bound phrases, that aid the indexer in narrowing the terms and limiting semantic ambiguity. The
Art & Architecture ThesaurusThe Art & Architecture Thesaurus (AAT) is a controlled vocabulary used for describing items of art, architecture, and material culture. The AAT contains generic terms, such as "cathedral," but no proper names, such as "Cathedral of Notre Dame." The ...
, for example, is used by countless museums around the world, to catalogue their collections.
AGROVOC AGROVOC (a portmanteau of agriculture and vocabulary) is a multilingual controlled vocabulary covering all areas of interest to the Food and Agriculture Organization of the United Nations The Food and Agriculture Organization of the United Nati ...
, the thesaurus of the UN’s
Food and Agriculture Organization The Food and Agriculture Organization of the United Nations (FAO)french: Organisation des Nations unies pour l'alimentation et l'agriculture; it, Organizzazione delle Nazioni Unite per l'Alimentazione e l'Agricoltura is a specialized agency ...
, is used to index and/or search its AGRIS database of worldwide literature on agricultural research.

Information retrieval thesauri are formally organized so that existing relationships between concepts are made clear. For example, "citrus fruits" might be linked to the broader concept of "fruits" and to the narrower ones of "oranges", "lemons", etc. When the terms are displayed online, the links between them make it very easy to browse the thesaurus, selecting useful terms for a search. When a single term could have more than one meaning, like tables (furniture) or tables (data), these are listed separately so that the user can choose which concept to search for and avoid retrieving irrelevant results. For any one concept, all known synonyms are listed, such as "mad cow disease", "bovine spongiform encephalopathy", "BSE", etc. The idea is to guide all the indexers and all the searchers to use the same term for the same concept, so that search results will be as complete as possible. If the thesaurus is multilingual, equivalent terms in other languages are shown too. Following international standards, concepts are generally arranged hierarchically within facets or grouped by themes or topics. Unlike a general thesaurus that is used for literary purposes, information retrieval thesauri typically focus on one discipline, subject or field of study.

*
Controlled vocabulary Controlled vocabularies provide a way to organize knowledge for subsequent retrieval. They are used in subject indexing Subject indexing is the act of describing or classifying a document A document is a written Writing is a medium of ...
*
ISO 25964 ISO 25964 is the international standard for thesauri, published in two parts as follows: ''ISO 25964'' '' Information and documentation - Thesauri and interoperability with other vocabularies'' ''Part 1: Thesauri for information ret ...
*
Thesaurus A thesaurus (plural ''thesauri'' or ''thesauruses'') or synonym dictionary is a reference work for finding synonyms and sometimes antonyms of words. They are often used by writers to help find the best word to express an idea: Synonym diction ...