Click Here for Items Related To - The Mall in Columbia 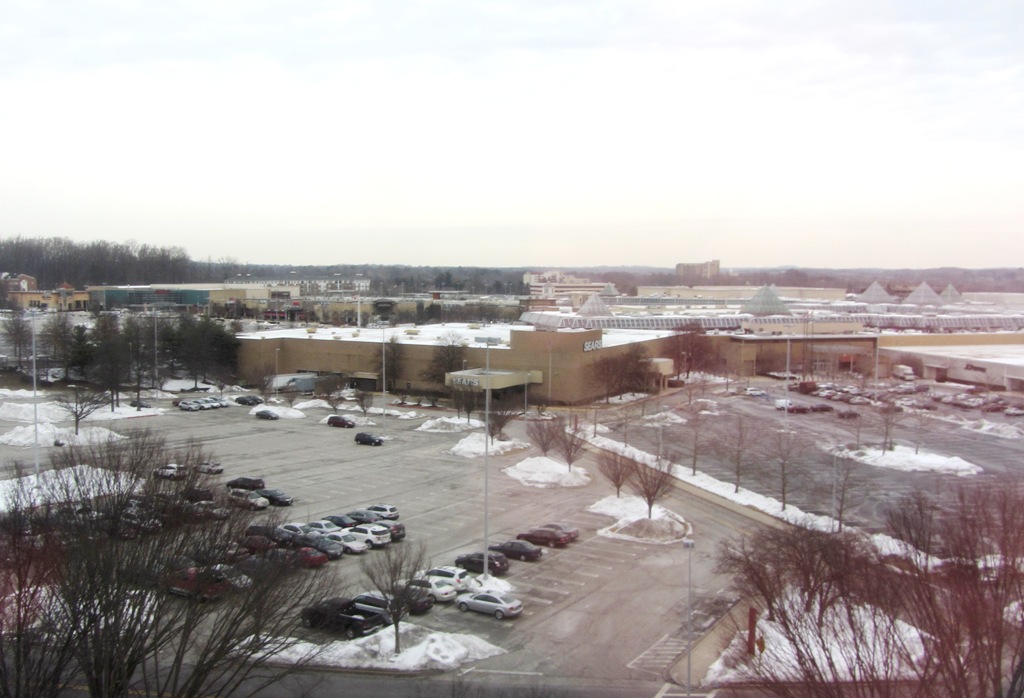 The Mall in Columbia, also known as the Columbia Mall, is the central shopping mall for the planned community of Columbia, Maryland, United States. It has over 200 specialty stores and the anchor stores are AMC Theatres, Main Event Entertainment, Barnes & Noble, JCPenney, Macy's, and Nordstrom. There are two vacant anchor stores that were once Sears and Lord & Taylor, which closed in 2018 and 2020, respectively. Restaurants include PF Chang's, Maggiano's Little Italy and The Cheesecake Factory. It is located in the Town Center area of the city and attracts shoppers from surrounding counties in Maryland.

Architect Frank Gehry designed The Rouse Company Columbia exhibit building, and was initially selected to design the neighboring mall centerpiece. Gehry was later rejected by Rouse for lack of experience, and the firm of Cope, Linder, & Walmsley was contracted for the project. The Mall opened in 1971 with two major anchor stores: Hochschild Kohn's (which was replaced by Hecht's in the mid-1970s) and Woodward & Lothrop (a.k.a. Woodies, which closed in late 1995 and was replaced by JCPenney in July 1996), as well as a McCrory's and Lerner's, which were minor anchors. Howard Research and Development was probed shortly after opening for purchasing bulk energy contracts on electricity while charging market rates to tenants. Of the original 102 stores, those still in operation at the mall as of January 2020 include: Edward Arthur Jeweler and GNC. The Mall has undergone several major expansions since its opening, with the Sears wing opening in 1981, along with an expansion of approximately and about 55 specialty stores. In 1997, the Hecht's store (now Macy's) added a third level. The Lord & Taylor wing opened in November 1998 (along with two new parking garages); the Nordstrom wing opened in September 1999. Also at this time, 20 to 30 stores opened in a new wing near Hecht's. The interior was renovated by replacing the floors, lighting, skylights and air conditioning units by the end of 1998. A Cheesecake Factory restaurant opened on The Mall property near the movie theaters in late 2005. The Mall's Hecht's store became Macy's on September 9, 2006. The Mall was sold to General Growth Properties by The Rouse Company in 2004.

A December 2007 decision by local General Growth Properties managers to abandon The Mall's traditional "Poinsettia Tree" Christmas display sparked a grassroots movement by several hundred Columbia residents for the return of the display which had come to be viewed as a local tradition. The story was picked up by ''The Washington Post'',