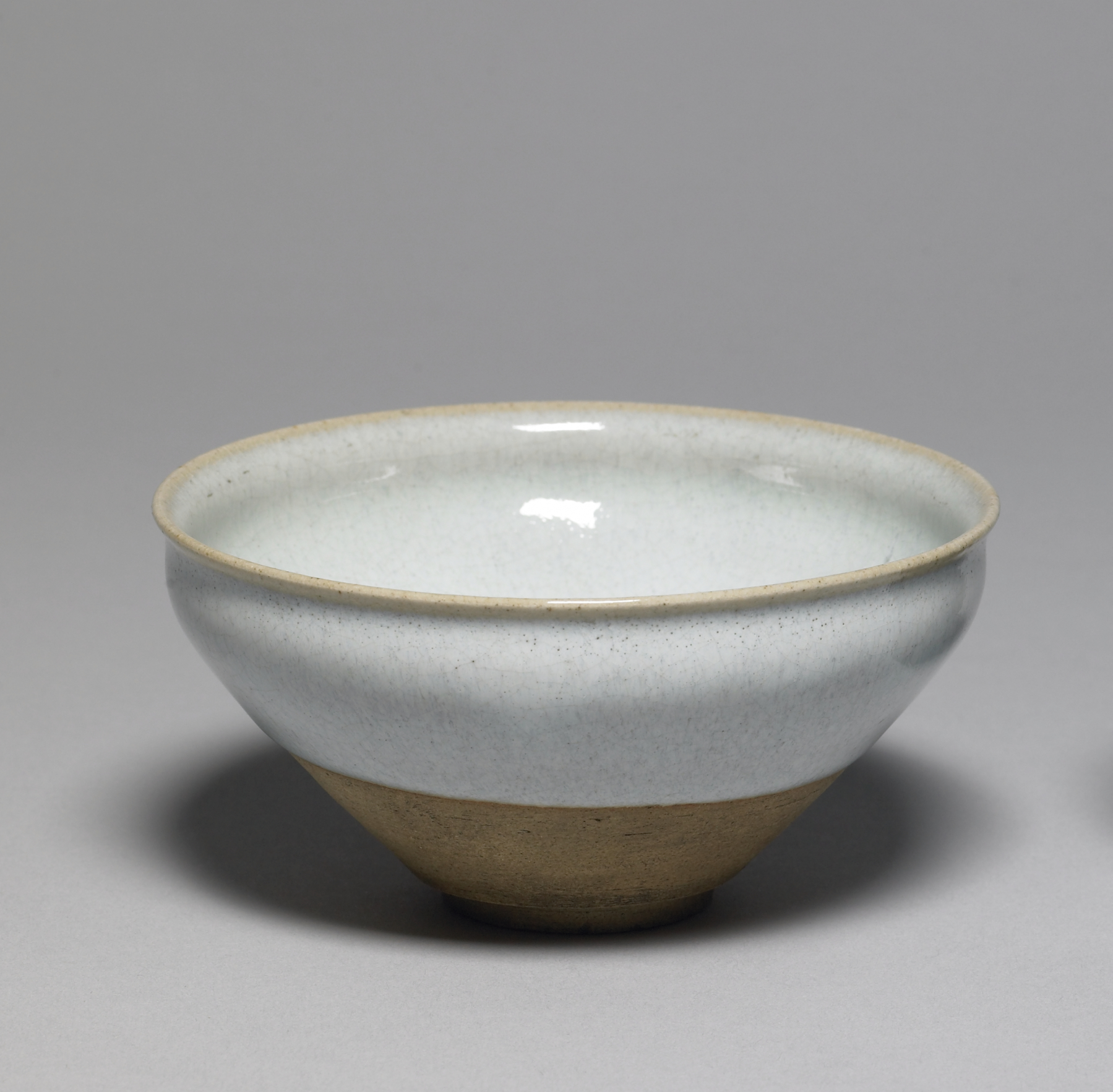 ''Tenmoku'' (天目, also spelled "temmoku" and "temoku") is a type of Japanese pottery and porcelain that originates in imitating Chinese stoneware Jian ware (建盏) of the southern Song dynasty (1127–1279), original examples of which are also called ''tenmoku'' in Japan. Shapes are simple and bold, with tea bowls the most typical. The emphasis is on the ceramic glaze, where a number of distinct effects can be produced, some including an element of randomness that has a philosophical appeal to the Japanese. The tea-masters who developed the Japanese tea ceremony promoted the aesthetic underlying ''tenmoku'' pottery.

''Tenmoku'' takes its name from the Tianmu Mountain (天目Mandarin: ''tiān mù''; ja|ten moku; en|Heaven's Eye) temple in China where iron-glazed bowls were used for tea. The style became widely popular during the Song dynasty. In Chinese it is called ''Jian Zhan'' (建盏), which means "Jian (tea)cup". According to chronicles in 1406, the Yongle Emperor (1360–1424) of the Ming dynasty sent ten Jian ware bowls to the ''shōgun'' Ashikaga Yoshimitsu (1358-1408), who ruled during the Muromachi period. A number of Japanese monks who traveled to monasteries in China also brought pieces back home. As they became valued for tea ceremonies, more pieces were imported from China where they became highly prized goods. Three of these vessels from the southern Song dynasty are so highly valued that they were included by the government in the list of National Treasures of Japan (crafts: others). The style was eventually produced in Japan as well, where it endures until this day. The Japanese term gradually replaced the original Chinese one for general ware of the type. Of particular renown were the kilns that produced ''tenmoku'' are Seto ware. The glaze is still produced in Japan amongst a very small circle of artists, one being Kamada Kōji (鎌田幸二). Others are Nagae Sōkichi (長江惣吉), Hayashi Kyōsuke (林恭助), and Oketani Yasushi (桶谷寧). Japanese artists have been helping in successfully re-introducing the technique back in China.

Contemporary ''sake'' cup with blue ''tenmoku'' glaze, by [[Kamada Kōji It is made of [[feldspar, [[limestone, and [[iron oxide. The more quickly a piece is cooled, the blacker the glaze will be. ''Tenmoku''s are known for their variability. During their heating and cooling, several factors influence the formation of iron crystals within the glaze. A long firing process and a clay body which is also heavily colored with iron increase the opportunity for iron from the clay to be drawn into the glaze. While the glaze is molten, iron can migrate within the glaze to form surface crystals, as in the "oil spot" glaze, or remain in solution deeper within the glaze for a rich glossy color. Oil spots are more common in an oxidation firing. A longer cooling time allows for maximum surface crystals. Potters can "fire down" a kiln to help achieve this effect. During a normal firing, the kiln is slowly brought to a maximum temperature by adding fuel, then fueling is stopped and the kiln is allowed to cool slowly by losing heat to the air around it. To fire down a kiln, the potter continues to add a limited amount of fuel after the maximum temperature is reached to slow the cooling process and keep the glazes molten for as long as possible. ''Tenmoku'' glazes can range in color from dark plum (persimmon), to yellow, to brown, to black. The two most common types of glaze are: * ''Youhen'' * ''Yuteki''