Tamaulipas (), officially the Free and Sovereign State of Tamaulipas ( es|Estado Libre y Soberano de Tamaulipas), is one of the 32 states which comprise the Federal Entities of Mexico. It is divided into 43 municipalities and its capital city is Ciudad Victoria. Located in northeastern Mexico, it is bordered by the states of Veracruz to the southeast, San Luis Potosí to the southwest, and Nuevo León to the west. To the north, it has a stretch of the U.S.–Mexico border along the state of Texas, and to the east it is bordered by the Gulf of Mexico. In addition to the capital city, Ciudad Victoria, the state's largest cities include Reynosa, Matamoros, Nuevo Laredo, Tampico, and Mante.

The name Tamaulipas is derived from ''Tamaholipa'', a Huastec term in which the ''tam-'' prefix signifies "place (where)". No scholarly agreement exists on the meaning of ''holipa'', but "high hills" is a common interpretation. Another explanation of the state name is that it is derived from ''Ta ma ho'lipam'' ("place where the Lipan Apache prey").

The area known as Tamaulipas has been inhabited for at least 8,000 years. Several different cultures (north coastal, south coastal, lowlands, and mountains) have come and gone during that period. Tamaulipas was originally populated by the nomad Chichimec and sedentary Huastec, in addition to non-Chichimec hunter-gatherer and fishing tribes.

A gradual process was needed for Spain to subjugate the inhabitants of Tamaulipas in the 16th and 17th centuries. The first permanent Spanish settlement in the area was Tampico in 1554. Further settlement was done by Franciscan missionaries; widespread cattle and sheep ranching by the Spanish bolstered the area's economy while forcing native populations from their original lands. Repeated indigenous rebellions kept the area unstable and weakened colonial interest in the region. What is now Tamaulipas was first incorporated as a separate province of New Spain in 1746 with the name Nuevo Santander. The local government capital during this time moved from Santander to San Carlos, and finally to Aguayo. The territory of this time spanned from the San Antonio River to the northeast to the Gulf of Mexico, then south to the Pánuco River near Tampico and west to the Sierra Madre Mountains. The area became a haven for rebellious Indians who fled there after increased Spanish settlements in Nuevo León and Coahuila. In the mid-17th century, various Apache bands from the Southern Plains, after acquiring horses from Europeans in New Mexico, moved southeastward into the Edwards Plateau, displacing the native hunting and gathering groups. One of these groups was known as Lipan (see Hodge 1907 Vol. I:769 for a confusing list of synonyms). After 1750, when most Apache groups of the Central Texas highlands were displaced by Comanche and moved into the coastal plain of southern Texas, the Europeans of the San Antonio area began referring to all Apache groups in southern Texas as Lipan or Lipan Apache. Many Indian groups of missions in southern Texas and northeastern Mexico had recently been displaced from their territory through the southward push by the Lipan Apaches and were still hostile toward Apaches, linking arms with the local Spanish authorities against their common foe. By 1790, Europeans turned their attention from the aboriginal groups and focused on containing the Apache invaders. In northeastern Coahuila and adjacent Texas, Spanish and Apache displacements created an unusual ethnic mix. Here, the local Indians mixed with displaced groups from Coahuila and Chihuahua and Texas. Some groups, to escape the pressure, combined and migrated north into the Central Texas highlands.

In 1824, after the Mexican War of Independence from Spain, and the fall of the Mexican Empire, Tamaulipas was one of the 19 founder states of the new United Mexican States. Slavery was formally abolished by the 1824 Constitution. During the fights between centralists and federalists that after independence, the successful Texas Revolution led to the creation of the Republic of Texas in 1836. The new republic claimed as part of its territory northern Tamaulipas.

In 1840, it became a part of the short-lived Republic of the Rio Grande. In 1848, after the Mexican–American War, Tamaulipas lost more than a quarter of its territory via the Treaty of Guadalupe-Hidalgo. American president James K. Polk had desired to annexe Mexican territory as far south as Tampico although his negotiator Nicholas Trist disregarded this and settled on a border with Texas on the Rio Grande. Its capital was kept at Aguayo, which later was renamed Ciudad Victoria in honor of Guadalupe Victoria, first President of Mexico. In the wake of the war, Tamaulipas remained an object of interest to American expansionists. The climate was considered suitable for the spread of slavery by Southerners who desired the admission of new territory to shift the balance in Congress back towards the slave states. Senator Albert Gallatin Brown declared "I want Tamaulipas, Potosi, and one or two other Mexican states; and I want them all for the same reason - for the plantation and spreading of slavery". In the 1850s José María Jesús Carbajal led several incursions into Tamaulipas before being indicted for violating the Neutrality Act. Filibustering efforts were also directed towards Cuba with the Lopez Expedition, which was desired for the same reason as Tamaulipas. The French occupation and reign of Emperor Maximilian during the 1860s was difficult for Tamaulipas, at least on the borders and in the city of Tampico. Portions of Tamaulipas supported the republican forces led by President Benito Juarez in resisting the French, especially in the north. Two years after French occupation began, Tamaulipas as a state finally acceded to Maximilian's rule, and the last French soldiers left the state in 1866, leading up to Maximilian's execution and fall of the Second Mexican Empire in 1867. However, the years after Maximilian's defeat were ones of rebuilding and great growth in Tamaulipas. International trade began to blossom, especially with the coming of the railroad to Tampico, which was developing as not only a port city but also as an industrial and commercial center. The railroad allowed goods to flow quickly from the mines and cities of the interior and the Texas border to Tampico for processing and shipment. This, in turn, caused significant growth in towns such as Matamoros and Nuevo Laredo. Since the revolution of 1910, successive governments have dedicated themselves to building industry and infrastructure in Tamaulipas, including communications and educational systems. Norberto Treviño Zapata founded the state university system, as well as reformed the state oil industry. Marte Gómez provided increased farm sizes for private family farmers. And more recently, Emilio Martínez Manautou led industrial growth. Lately, a push has been to strengthen fishing, including efforts to increase the price of fish and shellfish on the international market. 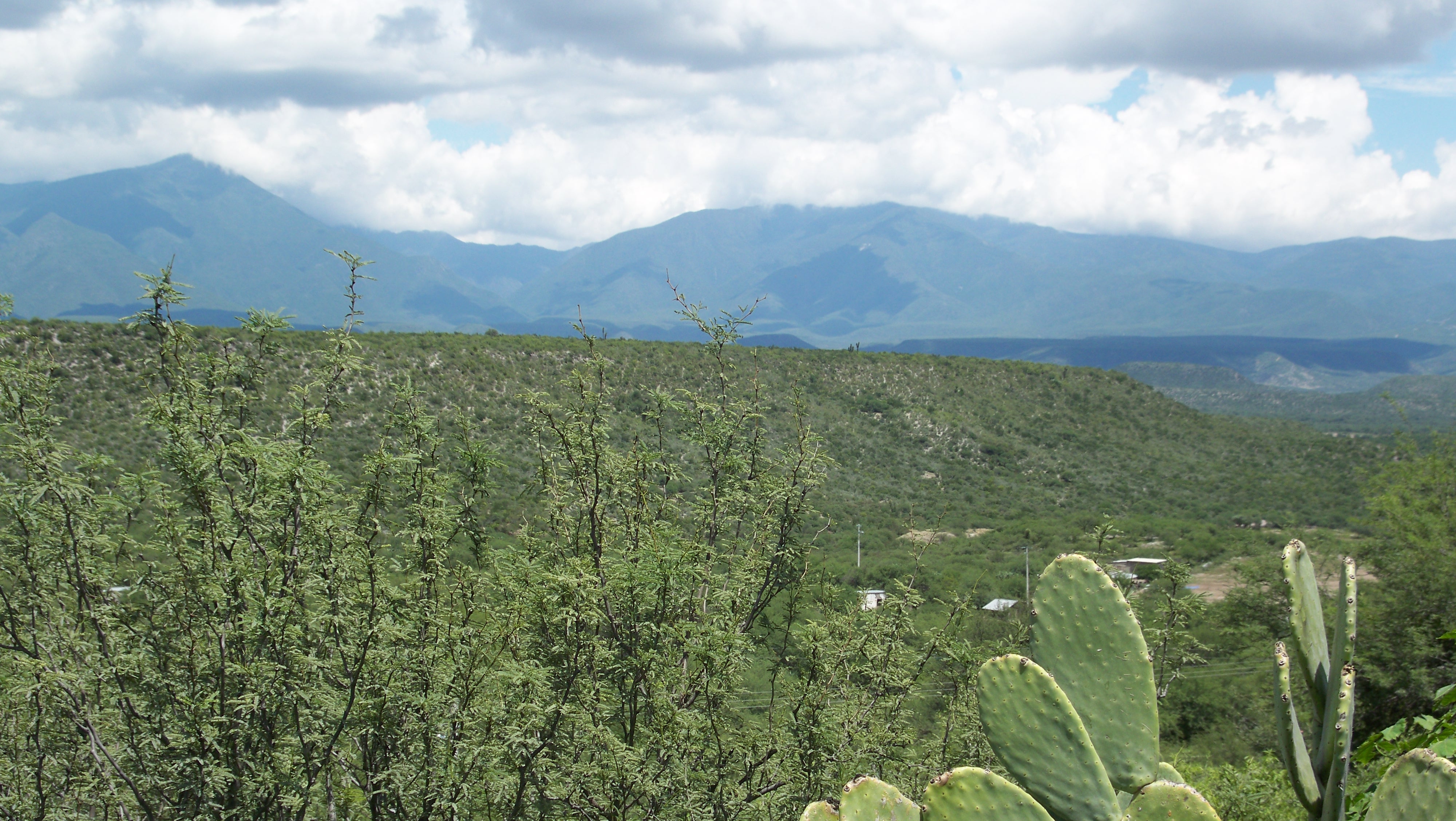 The Tropic of Cancer crosses the southern part of the municipality of Victoria. The coastal plains along the Gulf have a large presence in the state, whereas inland the landscape is adorned by cactus species and pasture. Predominant fauna in the region include the cougar (''Puma concolor''), long-tailed weasel (''Mustela frenata''), ocelot (''Leopardus pardalis''), American badger (''Taxidea taxus''), North American beaver (''Castor canadensis''), plain chachalaca (''Ortalis vetula'') and quail. In the western part of the state, the Sierra Madre Oriental displays warm valleys and high sierras with peaks reaching in the Pedragoso Sierra; in the Borregos Sierra; in La Gloria Sierra; in Cerro el Nacimiento; and above sea level in the Sierra el Pinal. The Sierra de Tamaulipas and the Sierra de San Carlos are isolated mountain ranges in eastern Tamaulipas. In terms of hydrology, the Bravo, Purificacion, and Guayalejo Rivers flow into the Gulf of Mexico after crossing the state from the western inland. On their way, their basins and zones of influence naturally correspond to the areas destined for agricultural use. The Rio Grande, known to Mexicans as the Río Bravo, represents the northern frontier shared with the United States. One of the tributaries of this natural border, the San Juan River, feeds the Marte R. Gómez Dam. Agricultural and cattle-raising activities are served by 14 other dams across the state, with a total capacity of 7,500 million m3 of water.

About 58% of the state has a hot humid subtropical climate. In the centre, north, and towards southwest, an arid and semi-arid climate predominate (both of these account for 38% of the state).