Click Here for Items Related To - State of Mexico


The State of Mexico ( es|Estado de México; ), officially the Free and Sovereign State of Mexico ( es|Estado Libre y Soberano de México), is one of the 32 federal entities of Mexico. It is the most populous, as well as the most densely populated state. It is divided into 125 municipalities and its capital city is Toluca de Lerdo. The State of Mexico is often abbreviated to ''Edomex'' from ''Estado de México'' in Spanish, to distinguish it from the name of the whole country. It is located in South-Central Mexico. It is bordered by the states of Querétaro and Hidalgo to the north, Morelos and Guerrero to the south, Michoacán to the west, Tlaxcala and Puebla to the east, and surrounds Mexico City (the former Federal District) on three sides. The state's origins are in the territory of the Aztec Empire, which remained a political division of New Spain during the Spanish colonial period. After gaining independence, Mexico City was chosen as the capital of the new nation; its territory was separated out of the state. Years later, parts of the state were broken off to form the states of Hidalgo, Guerrero and Morelos. These territorial separations have left the state with the size and shape it has today, with the Toluca Valley to the west of Mexico City and a panhandle that extends around the north and east of this entity. The state name is simply ''México'' according to the 1917 Constitution of the United Mexican States, but to distinguish it from both the city and the country it is most often called ''Estado de México''. The demonym used to refer to people and things from the state is ''mexiquense'', distinct from ''mexicano'' ("Mexican"), which describes the people or things from the country as a whole.

''Mēxihco'' was originally the Nahuatl name for the Valley of Mexico where the cities of the Mexica (the proper name for the Aztec Triple Alliance) were located. As such, the district that became Mexico City was properly known as Mexico-Tenochtitlan in the years shortly before and after Spanish conquest. After the Spanish Conquest, the term ''México'' came to be used for Tenochtitlan/Mexico City and all the pre-conquest lands it controlled, including several other aforementioned Mexican states originally incorporated in the boundaries of the Mexico state. There are two possible origins for the name “Mexico.” The first is that it derives from metztli (moon) and xictla (navel) to mean from the navel of the moon. This comes from the old Aztec idea that the craters on the moon form a rabbit figure with one crater imitating a navel. The other possible origin is that it is derived from “Mextictli”, an alternate name for the god Huitzilopochtli. ''Anáhuac'' was the proper term for all territories dominated by the Aztec Empire, from ''Cem Anáhuac'', "the entire earth" or "surrounded by waters" e.g. the waters of Lake Texcoco which were considered to be the center of the Aztec world, and as such was proposed as an early name for the entire nation of Mexico prior to independence, to distinguish it from the (preexisting) administrative division of New Spain that became the State of Mexico. 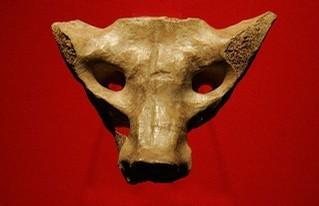 The earliest evidence of human habitation in current territory of the state is a quartz scraper and obsidian blade found in the Tlapacoya area, which was an island in the former Lake Chalco. They are dated to the Pleistocene era which dates human habitation back to 20,000 years. The first people were hunter-gatherers. Stone age implements have been found all over the territory from mammoth bones, to stone tools to human remains. Most have been found in the areas of Los Reyes Acozac, Tizayuca, Tepexpan, San Francisco Mazapa, El Risco and Tequixquiac. Between 20,000 and 5000 BCE, the people here eventually went from hunting and gathering to sedentary villages with farming and domesticated animals. The main crop was corn, and stone tools for the grinding of this grain become common. Later crops include beans, chili peppers and squash grown near established villages. Evidence of ceramics appears around 2500 BCE with the earliest artifacts of these appearing in Tlapacoya, Atoto, Malinalco, Acatzingo and Tlatilco. In prehistoric State of Mexico, the Tepexpan Man is an important finding for Mexican and foreign anthropologists; it is an important key to understand what the Valley of Mexico area was like, 5,000 years ago, as well as helping establish the occupation chronology of the region. Currently some scholars attribute an age of 11,000 years, others 8,000, and some have suggested 5,000 years old. This individual was originally identified as a male, but recent research confirms a female identity, although this is still a subject of discussion. Sacrum bone found in Tequixquiac is considered a work of prehistoric art. These people were thought to be nomadic, hunting large animals such as mammoths and gathering fruits as evidenced by archaeological evidence found at the site. One of the most salient discoveries of primitive art in America was found in here, called the Tequixquiac Bone,