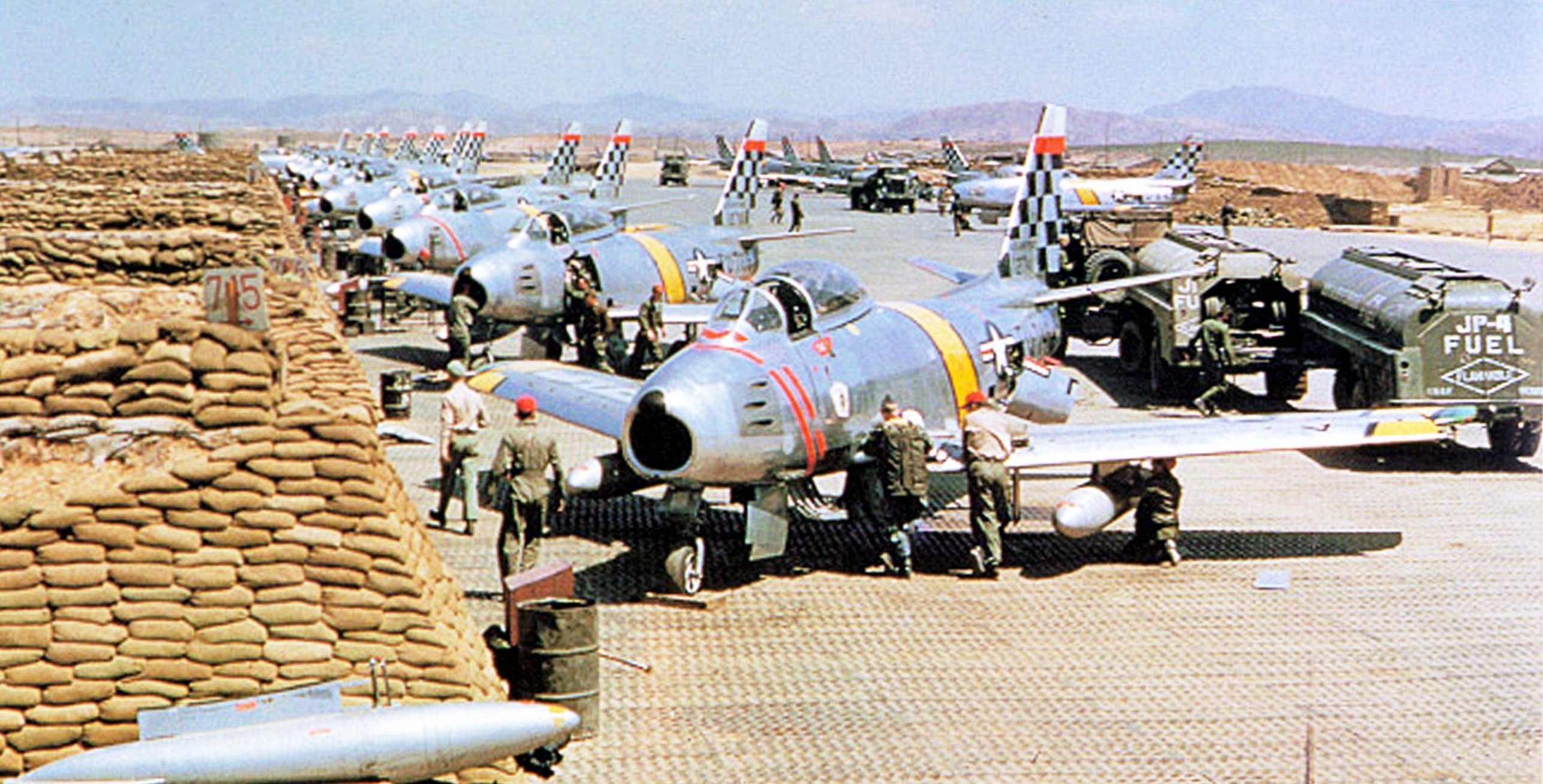 A squadron in air force, army aviation, or naval aviation is a unit comprising a number of military aircraft and their aircrews, usually of the same type, typically with 12 to 24 aircraft, sometimes divided into three or four flights, depending on aircraft type and air force. Land based squadrons equipped with heavier type aircraft such as long-range bombers, cargo aircraft, or air refueling tankers have around 12 aircraft as a typical authorization, while most land-based fighter equipped units have an authorized number of 18 to 24 aircraft. In naval aviation, sea-based and land-based squadrons will typically have smaller numbers of aircraft, ranging from as low as four for early warning to as high as 12 for fighter/attack. In most armed forces, two or more squadrons will form a group or a wing. Some air forces (including the United States Air Force, Royal Netherlands Air Force, Belgian Air Component, German Air Force, Republic of Singapore Air Force) also use the term "squadron" for non-flying ground units (e.g., radar squadrons, missile squadrons, aircraft maintenance squadrons, security forces squadrons, civil engineering squadrons, range operations squadrons, range management squadrons, weather squadrons, medical squadrons, etc.).

In the United States Air Force, the squadron is the principal organizational unit. An aggregation of two or more USAF squadrons will be designated as a group and two or more groups will be designated as a wing. USAF squadrons may be flying units composed of pilots and flight crews, with designations such as fighter squadron, bomb squadron, or airlift squadron. Fighter squadrons may support between 18 and 24 aircraft, while larger aircraft flying squadrons (e.g., bomber, cargo, reconnaissance) may support fewer aircraft. However, non-flying units also exist at the squadron level, such as missile squadrons, aircraft maintenance squadrons, intelligence squadrons, aerospace medicine squadrons, security forces squadrons, civil engineering squadrons and force support squadrons, as well as numerous other examples. USAF flying squadrons are typically commanded by an aeronautically rated officer in the rank of lieutenant colonel, although some particularly large squadrons, such as the 414th Combat Training Squadron that manages RED FLAG training at Nellis AFB, Nevada will be commanded by an aeronautically rated officer in the rank of full colonel. Non-flying squadrons are also usually commanded by an officer in the rank of lieutenant colonel, but some may also be commanded by officers in the rank of major. In contrast to the organizational structure of United States Air Force units, where flying squadrons are separate from non-flying squadrons tasked with administrative, aircraft maintenance, or other support functions, flying squadrons in naval aviation in the United States (e.g., United States Navy and United States Marine Corps) typically contain both embedded administrative support functions and organizational level aircraft maintenance functions, plus all their associated personnel, as part of the total squadron manning. With few exceptions, oversight of the majority of these non-flying functions is assigned to the squadron's naval aviators and naval flight officers as their "ground job" in addition to their regular flying duties. With few exceptions, most U.S. Navy flying squadrons are commanded by aeronautically designated officers in the rank of commander. Exceptions are primarily the Fleet Replacement Squadrons (FRS), which are often, though not always, commanded by aeronautically designated captains. Commanding officers (COs) of U.S. Navy flying squadrons other than FRS units will be assisted by an Executive Officer (XO) of the same rank who functions as a second-in-command and who will eventually "fleet up" and relieve the CO as the next CO. In United States Marine Corps Aviation, in addition to flying units that are patterned in similar fashion to their U.S. Navy counterparts, the nomenclature "squadron" in the Marine Corps is also used to designate all battalion-equivalent, aviation support organizations. These squadrons include: wing headquarters, tactical air command, air control, air support, aviation logistics, wing support, and wing communications squadrons. In contrast to their USN counterparts, USMC flying squadrons and aviation support squadrons, while having a commanding officer (CO) at the lieutenant colonel level, may not have an equivalent rank executive officer (XO), but are moving more toward the USN model. USMC aviation (Flying) squadron XO's are aeronautically designated officers in the rank of Lt.Col or Major. Also in contrast to USAF flying squadrons, most tactical sea-based and land-based U.S. Naval Aviation squadrons (USN and USMC), vice training squadrons and test and evaluation squadrons, usually do not have more than 12 aircraft authorized/assigned at any one time. Exceptions are USN helicopter mine countermeasures squadrons (17 MH-53), USMC "composite" medium tilt-rotor squadrons assigned afloat as the Aviation Combat Element (ACE) of a Marine Expeditionary Unit (MEU), (12 MV-22s, 6 AH-1s, 4 CH-53s, 3 UH-1s, and 6 AV-8s). Other squadrons with a large number of Primary Aircraft Assigned (PAA) include Marine heavy helicopter squadrons (16 CH-53s), Marine light/attack helicopter squadrons (18 AH-1s and 9 UH-1s), and Marine attack squadrons (16 AV-8s). Although part of U.S. naval aviation, United States Coast Guard aviation units are centered on an air station or air facility versus a squadron or group/wing organizational structure. The one exception to this is the Coast Guard's Helicopter Interdiction Squadron (HITRON), which is engaged primarily in counter-narcotics (CN) interdiction operations. In the United States Army Aviation Branch, flying units may be organized in battalions or squadrons (the latter for air cavalry only) reporting to an aviation brigade. Aircraft maintenance activities are typically assigned to an aviation maintenance company or element in the battalion or brigade.

An ''escadron'' is the equivalent unit in France's French Air and Space Force (Armée de l'air et de l'espace). It is normally subdivided into ''escadrilles'' of eight aircraft. In the Air Training Corps of the United Kingdom and many Commonwealth nations, a Squadron is a group of cadets who parade regularly. In the U.S. Civil Air Patrol (CAP), a squadron is the basic administrative unit. As the official civilian auxiliary of the U.S. Air Force, CAP follows the USAF organizational model. During the infant years of combat aviation in World War I and specifically with the trench stalemate at the front military aircraft partially took over the reconnaissance role from the cavalry. With that in mind the British Royal Flying Corps adopted the ''squadron'' nomenclature (''Staffel'' in the Imperial German Army, the Austro-Hungarian armed forces and the Swiss Army used the term company). After the fusion of the Royal Flying Corps and the Royal Naval Air Service into an independent Royal Air Force, the new armed forces branch introduced its own system of ranks, with the commanders of squadrons becoming Squadron Leaders. The rapid sophistication in technology and combat tactics has led to increased requirements and qualifications of the officers in command positions and the commanders of RAF flying squadrons were upgraded from Squadron Leaders to Wing Commanders. Today RAF flying squadrons are battalion-eqivalents, while combat and combat service support ground squadrons such as communications or administrative squadrons are company-equivalents. This distinction is also observed in the modern German Air Force, where a flying ''Staffel'' is a battalion-equivalent, while a ground based support ''Staffel'' is a company-equivalent. One such example are the air base defence units, which are squadrons (German, plural: ''Staffeln'') formed into battalions. The ground based missile air defence units are also company- (in this case battery-)equivalent squadrons (''Staffeln''). The French Air Force equivalent of an aviation squadron is the ''Escadron'' (divided into flights called ''Escadrilles''). (The Spanish Air Force and some air forces of other Spanish-speaking countries follow that tradition (with a squadron called ''Escuadron'' and a flight called ''Escuadrilla''), so does the Brazilian Air Force with ''Esquadrão'' and ''Esquadrilha'' respectively). The Royal Canadian Air Force and the Belgian Air Component on the other hand use ''Escadrille'' as the equivalent of a squadron. The Italian Air Force uses ''Gruppo'' (group) to denominate its squadrons (same as the Chilean Air Force (''Grupo de aviación'')). The Portuguese Air Force (''Esquadra'') and the Polish Air Force (''Eskadra taktyczna'', Polish for ''tactical squadron'') use the term squadron with its etimology originating from the naval and not the army meaning. The Czech Air Force and the Slovak Air Force use the generic term ''Letka'' as ''squadron'' equivalent. The Turkish Air Force (''Filo'') and the Hellenic Air Force (''μοιρα αεροπορικής'' 'mira aeroporikis''- aviation squadron) use the ''squadron'' denomination originating from the army term. The Royal Norwegian Air Force use the ''Skvadron'' term also originating from the army term. So does the Hungarian Air Force with ''repülőszázad'' (Hungarian for ''aircraft squadron'' or ''flying squadron'', the cavalry company-equivalent term is ''század''). Many Eastern European countries use the term ''squadron'' originating from the French word ''Escadrille'': Russian Air Force - ''Эскадрилья'' 'Eskadril'ya'' Ukrainian Air Force - ''Ескадрилья'' 'Eskadril'ya'' Belarusian Air Force - ''Эскадрыльля'' 'Eskadryil'ya'' Romanian Air Force - ''Escadrila'', Bulgarian Air Force - ''Ескадрила'' 'Eskadrila'' Serbian Air Force - ''Ескадрила'' 'Eskadrila'' Croatian Air Force - ''Eskadrila''. The Royal Danish Air Force use the ''Eskadrille'', also originating from the French ''Escadrille''. The Swedish Air Force adopted naval-like traditions in its formative years and for that historical reason calls its squadrons divisions (plural: ''divisioner''). They are grouped into air flotillas (plural: ''Flygflottiljer''). During the Cold War the Swedish Army, Navy and Air Force each had their own integral helicopter arms. After the end of it in line with the mid-90s force reduction and reforms they were fused into a Helicopter Wing (''Helikopterflottiljen'') as a service, independent from the three main armed forces branches.