in Missouri at a rate of . A spring is a point at which water flows from an aquifer to the Earth's surface. It is a component of the hydrosphere.

in Michigan A spring may be the result of karst topography where surface water has infiltrated the Earth's surface (recharge area), becoming part of the area groundwater. The groundwater then travels through a network of cracks and fissures—openings ranging from intergranular spaces to large caves. The water eventually emerges from below the surface, in the form of a karst spring. The forcing of the spring to the surface can be the result of a confined aquifer in which the recharge area of the spring water table rests at a higher elevation than that of the outlet. Spring water forced to the surface by elevated sources are artesian wells. This is possible even if the outlet is in the form of a cave. In this case the cave is used like a hose by the higher elevated recharge area of groundwater to exit through the lower elevation opening. Non-artesian springs may simply flow from a higher elevation through the earth to a lower elevation and exit in the form of a spring, using the ground like a drainage pipe. Still other springs are the result of pressure from an underground source in the earth, in the form of volcanic activity. The result can be water at elevated temperature such as a hot spring. , Utah The action of the groundwater continually dissolves permeable bedrock such as limestone and dolomite, creating vast cave systems.

* Depression spring, is a spring which occurs along a depression, such as the bottom of alluvial valleys, basins, or valleys made of highly permeable materials. * Contact Spring, which occurs along the side of a hill or mountain is created when the groundwater is underlaid by an impermeable layer of rock or soil known as an aquiclude or aquifuge * Fracture, joint, or tubular spring, occurs when groundwater running along an impermeable layer of rock meets a crack (fracture) or joint in the rock. * Artesian spring, is a spring that typically occurs at the lowest point in a given area. An artesian spring is created when the pressure for the groundwater becomes greater than the pressure from the atmosphere. In this case the water is pushed straight up out of the ground. * Wonky holes, which are freshwater submarine exit points for coral and sediment covered sediment filled old river channels. * Karst spring * Hot springs, has a water temperature significantly higher than the mean air temperature of the surrounding area.

Spring discharge, or resurgence, is determined by the spring's recharge basin. Factors that affect the recharge include the size of the area in which groundwater is captured, the amount of precipitation, the size of capture points, and the size of the spring outlet. Water may leak into the underground system from many sources including permeable earth, sinkholes, and losing streams. In some cases entire creeks seemingly disappear as the water sinks into the ground via the stream bed. Grand Gulf State Park in Missouri is an example of an entire creek vanishing into the groundwater system. The water emerges away, forming some of the discharge of Mammoth Spring in Arkansas. Human activity may also affect a spring's discharge—withdrawal of groundwater reduces the water pressure in an aquifer, decreasing the volume of flow.

or Spring of Vaucluse in France discharges about of water per day at a rate of 727 cubic feet (21 m3) per second. Springs are often classified by the volume of the water they discharge. The largest springs are called "first-magnitude", defined as springs that discharge water at a rate of at least 2800 liters or of water per second. Some locations contain many first-magnitude springs, such as Florida where there are at least 27 known to be that size; the Missouri and Arkansas Ozarks, which contain 10 known of first-magnitude; and 11 more in the Thousand Springs area along the Snake River in Idaho. The scale for spring flow is as follows:

Minerals become dissolved in the water as it moves through the underground rocks. This mineral content is referred to as total dissolved solids (TDS). This may give the water flavor and even carbon dioxide bubbles, depending on the nature of the geology through which it passes. This is why spring water is often bottled and sold as mineral water, although the term is often the subject of deceptive advertising. Mineral water contains no less than 250 parts per million (ppm) of tds. Springs that contain significant amounts of minerals are sometimes called 'mineral springs'. (Springs without such mineral content, meanwhile, are sometimes distinguished as 'sweet springs'.) Springs that contain large amounts of dissolved sodium salts, mostly sodium carbonate, are called 'soda springs'. Many resorts have developed around mineral springs and are known as spa towns. Mineral springs are alleged to have healing properties. Soaking in them is said to result in the absorption of the minerals from the water. Water from springs is usually clear. However some springs may be colored by the minerals that are dissolved in the water. For instance, water heavy with iron or tannins will have an orange color. In parts of the United States a stream carrying the outflow of a spring to a nearby primary stream may be called a spring branch or run. Groundwater tends to maintain a relatively long-term average temperature of its aquifer; so flow from a spring may be cooler than other sources on a summer day, but remain unfrozen in the winter. The cool water of a spring and its branch may harbor species such as certain trout that are otherwise ill-suited to a warmer local climate.

Trout_fishing_on_[[Maramec_Spring_in_[[Missouri.html" style="text-decoration: none;"class="mw-redirect" title="Maramec_Spring.html" style="text-decoration: none;"class="mw-redirect" title="Trout fishing on [[Maramec Spring">Trout fishing on [[Maramec Spring in [[Missouri">Maramec_Spring.html" style="text-decoration: none;"class="mw-redirect" title="Trout fishing on [[Maramec Spring">Trout fishing on [[Maramec Spring in [[Missouri Springs have been used for a variety of human needs - including drinking water, domestic water supply, irrigation, [[Watermill|mills, navigation, and [[hydroelectricity|electricity generation. Modern uses include recreational activities such as fishing, swimming, and floating; therapy; water for livestock; fish hatcheries; and supply for bottled mineral water or bottled spring water. Springs have taken on a kind of mythic quality in that some people believe, falsely, that springs are healthy sources of drinking water. They may or may not be. In order to know how to use a spring appropriately, whether for a mineral bath or drinking water you must perform a comprehensive water quality test. Springs that are managed as spas will already have such a test. Springs are often used as sources for bottled water. When purchasing bottled water labelled as spring water you can often find the water test for that spring on the website of the company selling it. Just because a spring is bottled and sold as spring water does not mean that it is contaminant free. It is best to search out a water test or purchase one yourself before making a habit of drinking regularly from any spring. 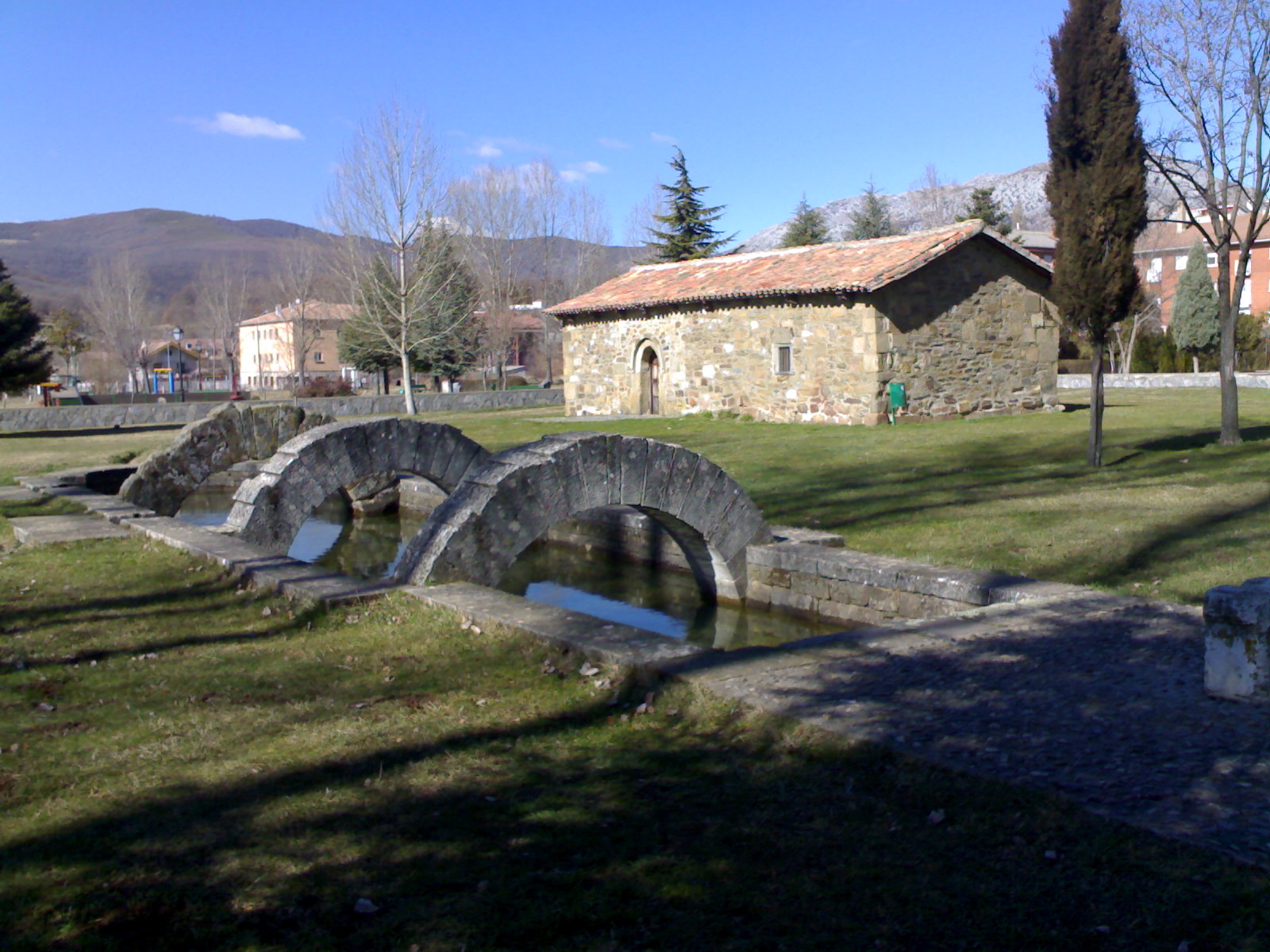 A sacred spring, or holy well, is a small body of water emerging from underground and revered either some religious context: Christian and/or pagan and/or other. The lore and mythology of ancient Greece was replete with sacred and storied springs—notably, the Corycian, Pierian and Castalian springs. In medieval Europe, pagan sacred sites frequently became Christianized as holy wells. The term "holy well" is commonly employed to refer to any water source of limited size (i.e. not a lake or river, but including pools and natural springs and seeps), which has some significance in local folklore. This can take the form of a particular name, an associated legend, the attribution of healing qualities to the water through the numinous presence of its guardian spirit or of a Christian saint, or a ceremony or ritual centred on the well site. Christian legends often recount how the action of a saint caused a spring's water to flow - a familiar theme especially in the hagiography of Celtic saints.